An Afternoon in Cadillac & Chateau de Cadillac, near Bordeaux 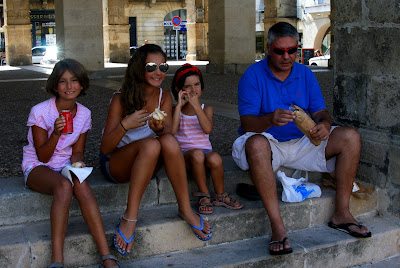 A few weeks ago, I said to my husband that I wanted to go exploring for the afternoon.  I wanted to find a new town or village near Bordeaux that we could go investigate.  He agreed and we decided to head out late morning.  I looked on the web and googled a few ideas...since we were taking the girls, I didn't want to tour a winery - I thought perhaps a bit of history would be cool.  I know there are many old walled towns nearby, some with more remains than others..I came up with Cadillac.

Cadillac
Built in the 13th century as a walled city, the nearby town of Cadillac was intended to defend Bordeaux's main trade routes. Today, part of the town's wall still survives, attracting visitors from Bordeaux. Most impressive is the castle, which stands at the centre of Cadillac. Château Cadillac was built in the 17th century. A paved courtyard, wine tasting rooms and a restored neo-Gothic chapel are some of the castle's many attractions.


We arrived around noon time and looked for a boulangerie to grab some sandwiches.  The village center was precious.  A covered center square - obviously used for markets at various times of the week and cute streets surrounding it. 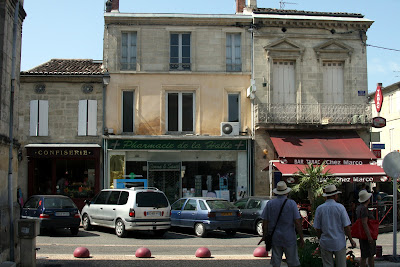 We quickly found a place to eat...and bought some sandwiches. 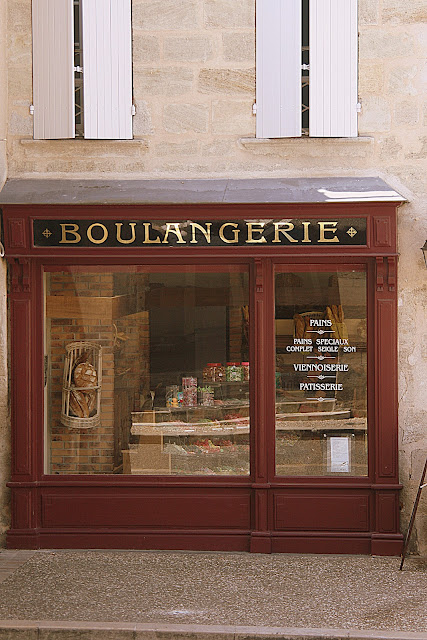 After lunch we headed into the village - and walked up toward the church.  I loved churches by the way.  Yes, they are all very similar but all different and the history that they have here is incredible.  I can just imagine villagers attending services and gathering in the halls.  A place of worship and also a place of community. 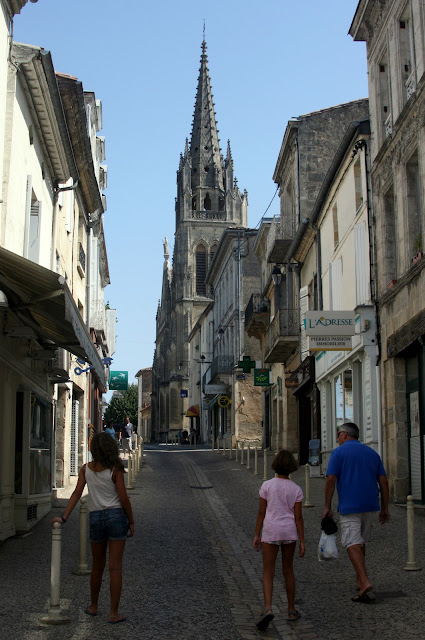 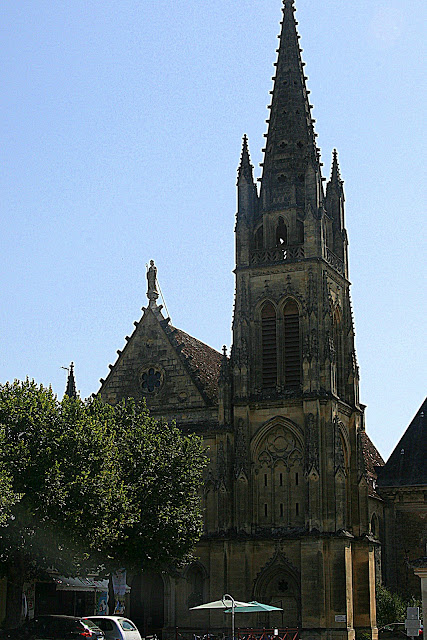 Inside the church - the Gothic arches, the ornate woodwork, the painting of Jesus and all the disciples all so old and so much history.  Stunningly beautiful! 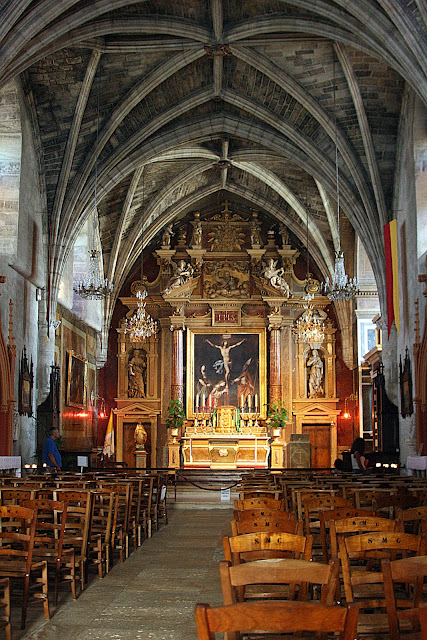 After enjoying the church, my girls and I walked around the village some more.  Looking at the old walls and watch towers.  This is looking back toward the entrance of the town. 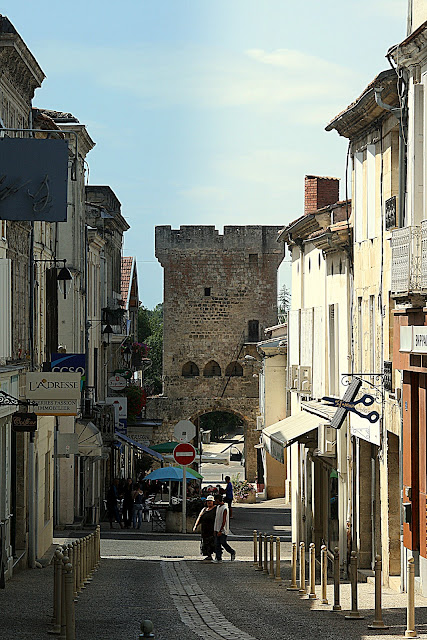 The covered town square on the right, and one of the remaining towers in the background.  They have done a beautiful job in keeping this town preserved and fresh. 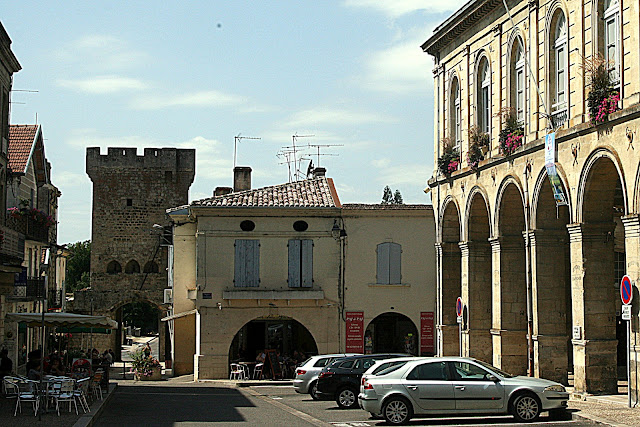 The clock tower in town serving as part of the original wall and gate to the village
- again, such beautiful history here. 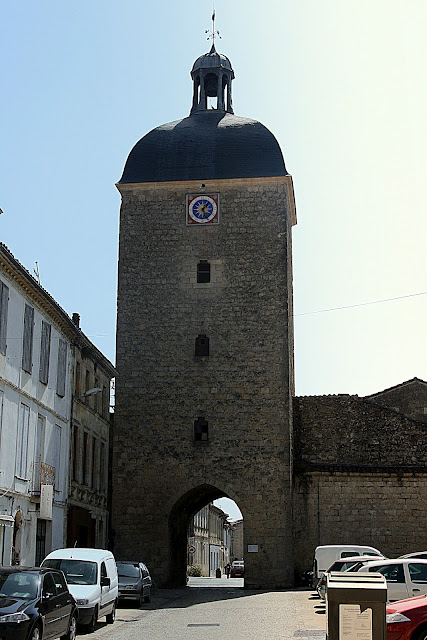 A beautiful manor house in the village - We had so much fun walking around.  It wasn't too big - but it seemed every time you tuned another corner - there was another nice view. 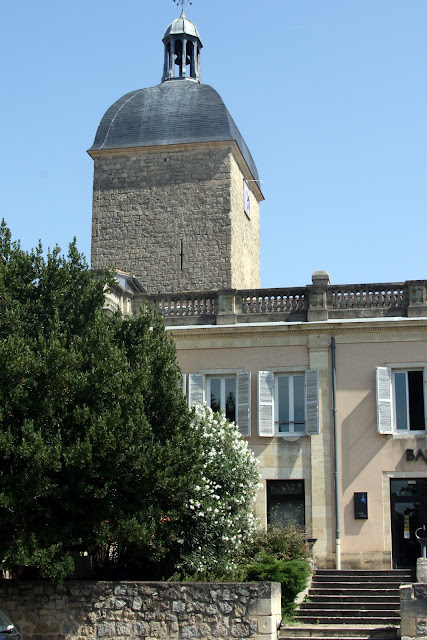 The covered town square - I love the flower boxes up on the second floor.  A touch of color and life to the classic building. 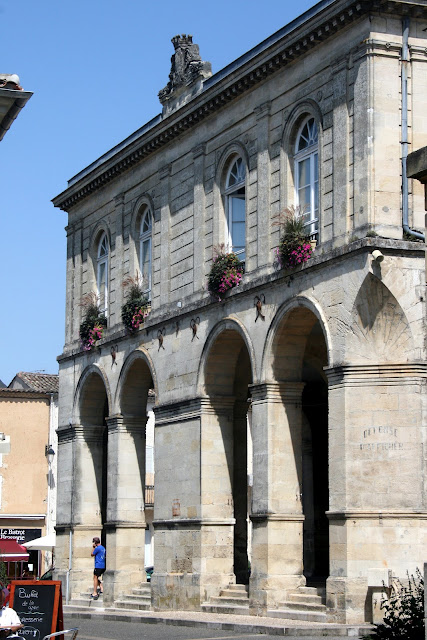 The was one of the old entrances to the village - again it was fun imagining horses, knights, and maidens all around this village. 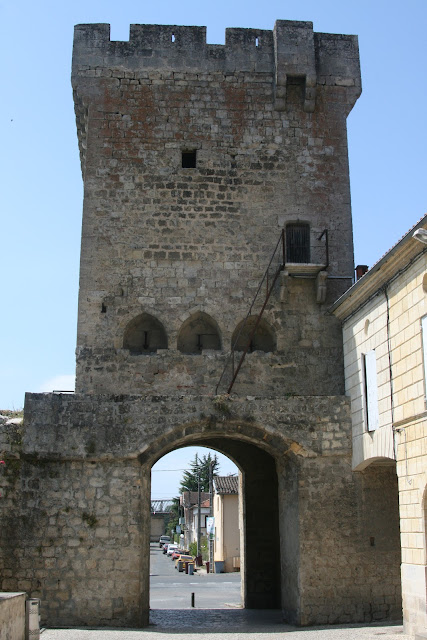 This is one of the passageways along the wall by the entrance.  Funny thing here - there are presently garages on the right and when we were on our way back to the car, parked outside the walls - we witnessed a car backing out of a garage and driving in this narrow passageway...The French..they can drive their cars anywhere! 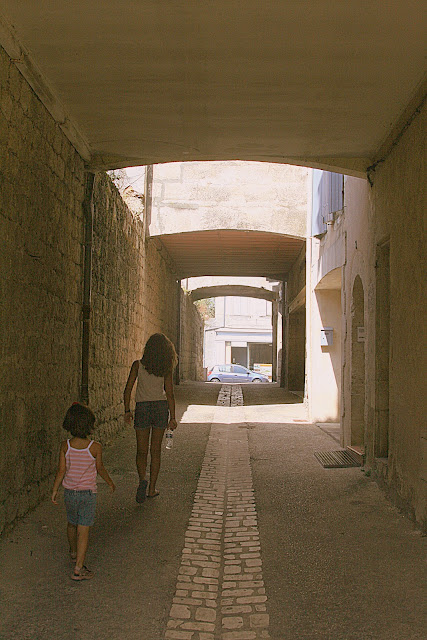 Finally the Chateaux at Cadillac -  This castle was built from 1599 by the Duke of Epernon, a favorite of Henry III, and then transformed into a women's prison from 1820 - 1952.  Presently, the Chateau de Cadillac is shown in both the splendor of the seventeenth century (the French fireplaces, ceilings painted decorations authentic) than the harsh reality of the prison that it was for 130 years. Its French garden  around the far side of the house is open for the city of Cadillac as a public garden.  The first few photos are taken on the garden side of the chateau. 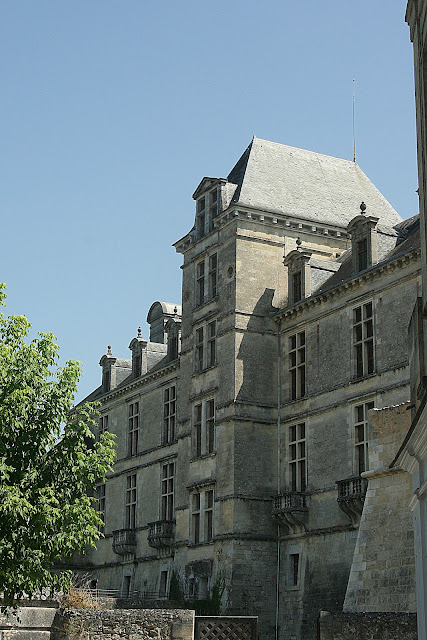 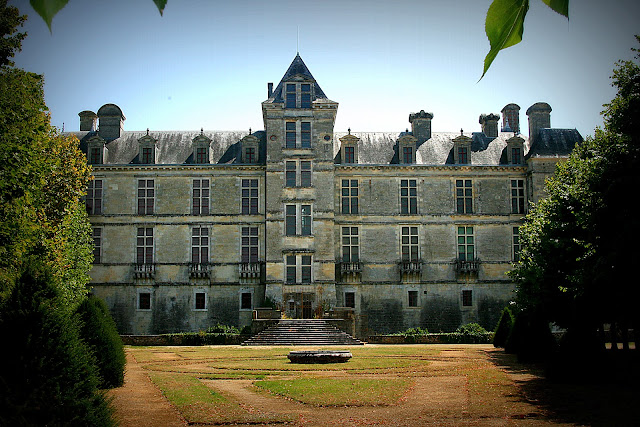 The girls enjoyed walking around the grounds and relaxing under the trees. 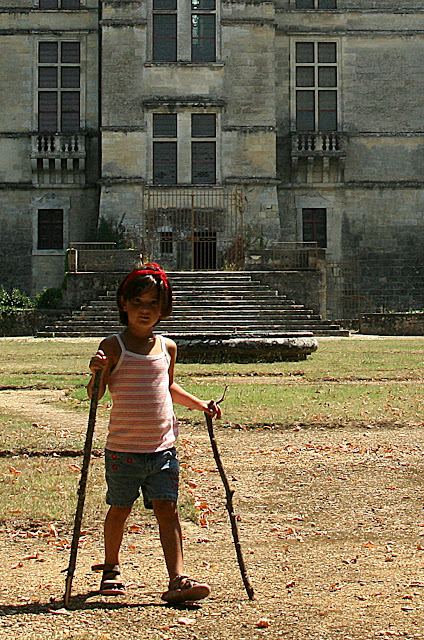 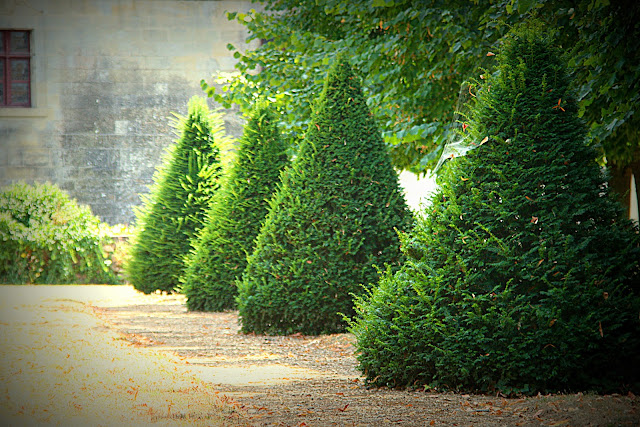 After walking around the gardens, we walked back around to the entrance and toured the chateau.  It was truly a treasure to walk around.  Very interesting to see all the ornate fireplaces, and the apartments of the various people who lived there at the time it was a residence.  In the basement of the chateau, one could see old prison cells and explanations to how the rooms were used for the 130 years it served as a Women's prison.  Very interesting history. 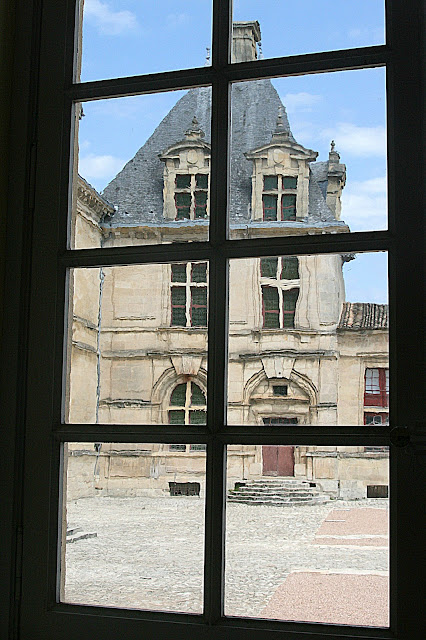 We had tons of fun that afternoon - it was so nice to find a beautiful unique village so close to Bordeaux.  Definitely a place to visit if you want something a little different outside of the city and you only have a few hours available.  There seems to be a lot of other villages and chateaux in the area - hopefully we can find more to explore. 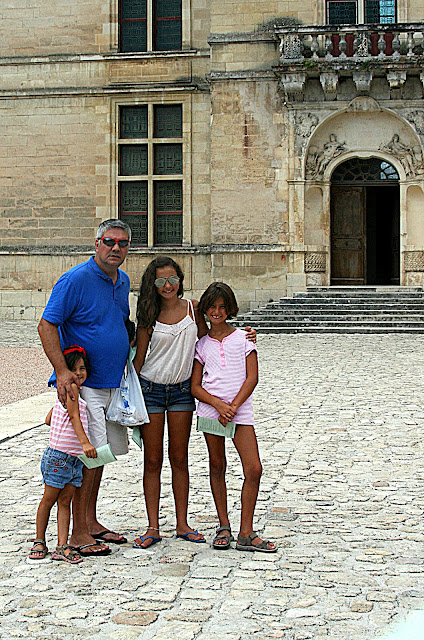 Posted by American Mom in Bordeaux at 2:25 PM