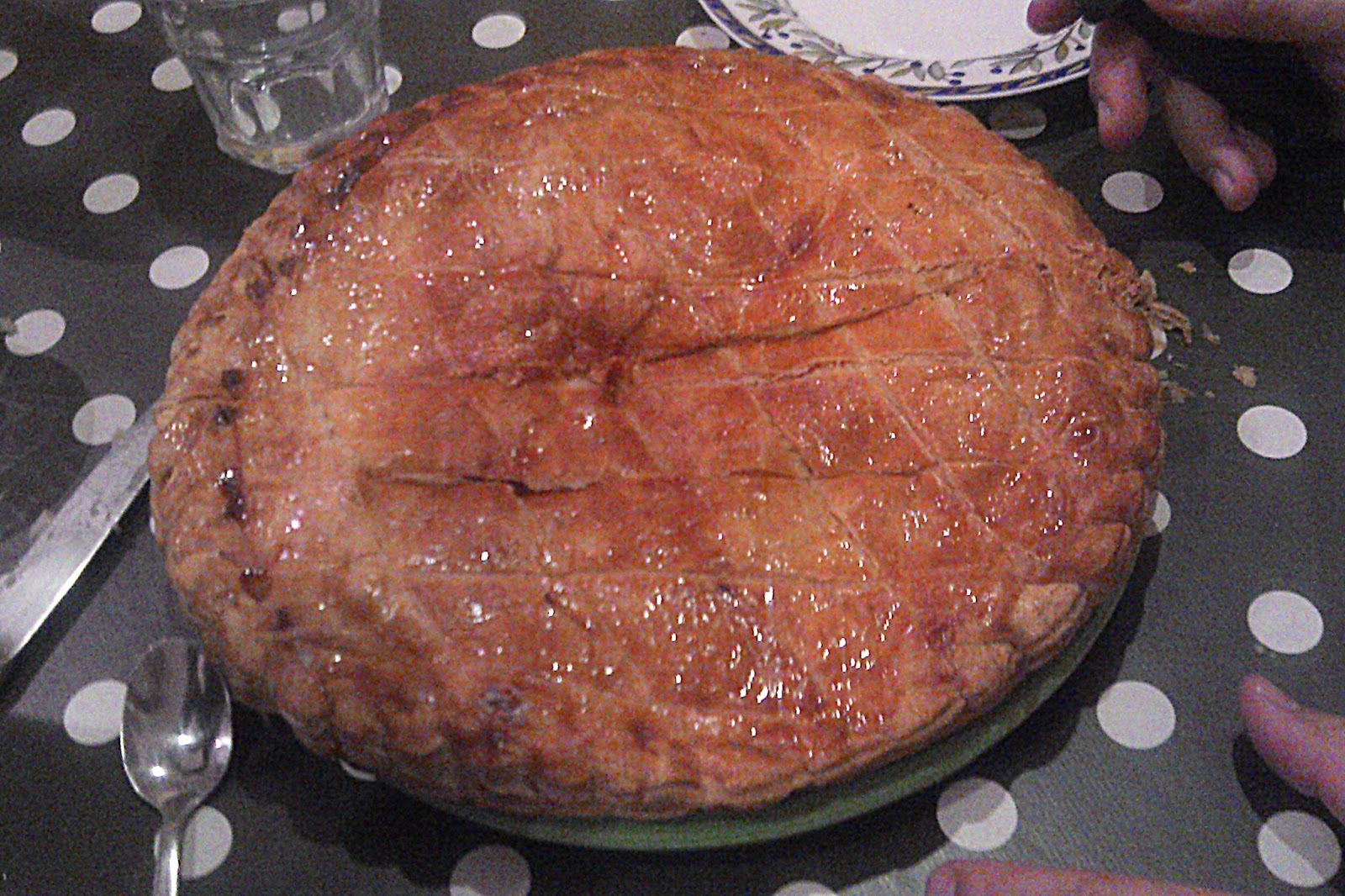 January 6th is King's Day or Epiphany.  It is celebrated all over France - actually for the whole month of January.  Beginning in early January, all the bakeries and markets start selling "Gallettes" or King's cakes.  In general there are a couple of different kinds.  Either a layered pastry filled with almond paste - or frangipane or a lighter brioche or sweet bread ring sprinkled with sugar.  Years ago, these styles were more defined by region, one coming from the North and the other from the South.  However, now days you can get either throughout France, it just depends on your preference.  I have also heard of some regional specialities with added dried fruit on top.  Any way you slice it, there has to be a cake to celebrate King's Day.

The tradition here is that each King's cake is baked with a small "feve" or bean inside.  Presently, it's no longer a bean, but a tiny ceramic object.  The person who gets this in their cake piece is the King or Queen for the day!  For children, this is so fun, as most bakeries, if they know there is a child in the house, give you a crown with your cake purchase.  Now this cake can also be made at home.  But since, in general I am not a baker, and I feel the pastry shops would still make one better than I would, we just purchase ours!  Maybe someday I'll get brave.

The smallest child in the house is to get under the table and as the cake is cut, that child names who gets which piece.  Hopefully, as you cut the cake, no one sees the "feve" before everyone starts eating.  We shared this tradition with my mother who is visiting from the States and my 5 year old daughter was more than happy to jump under the table and dictate who gets which piece. 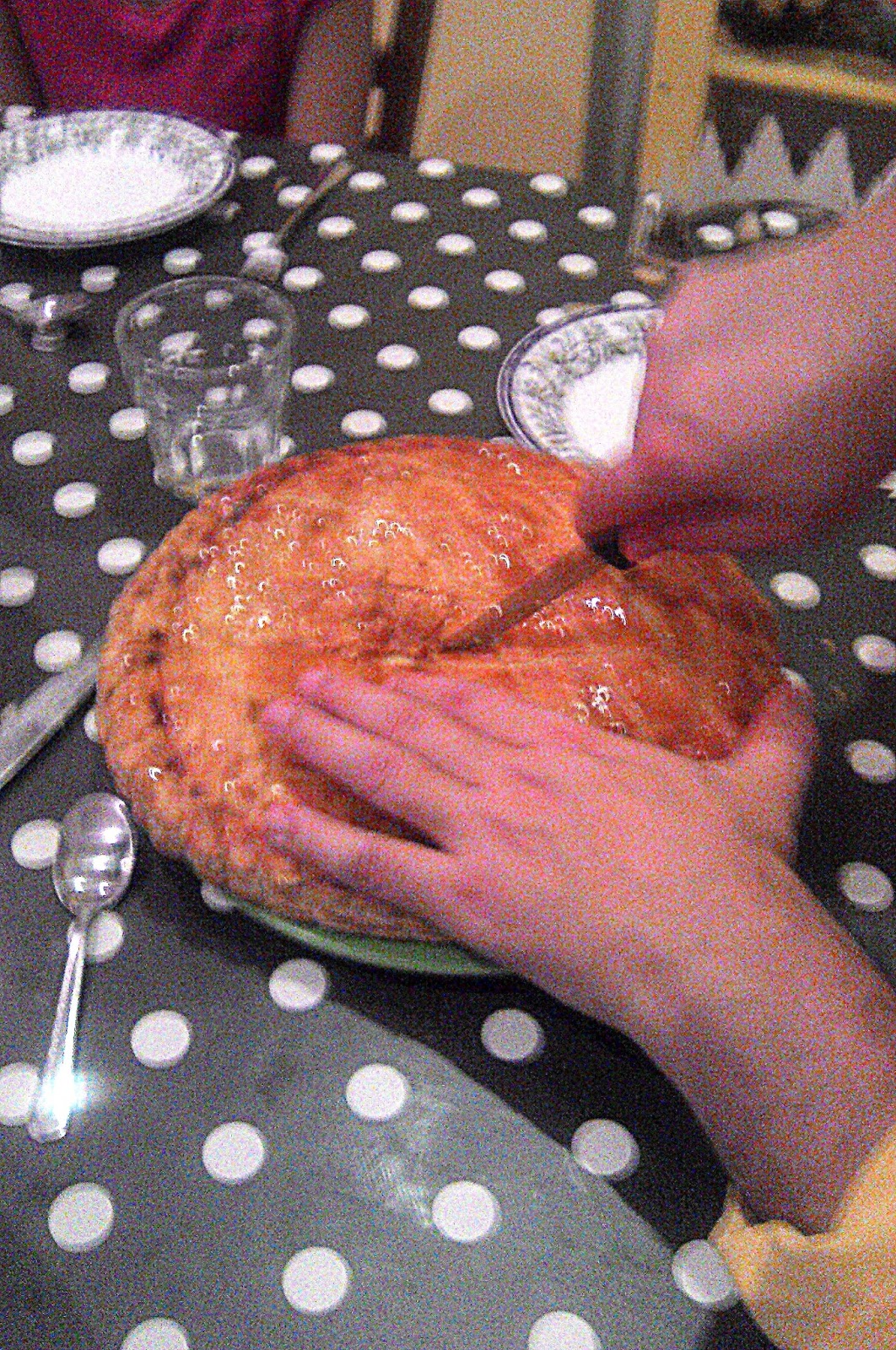 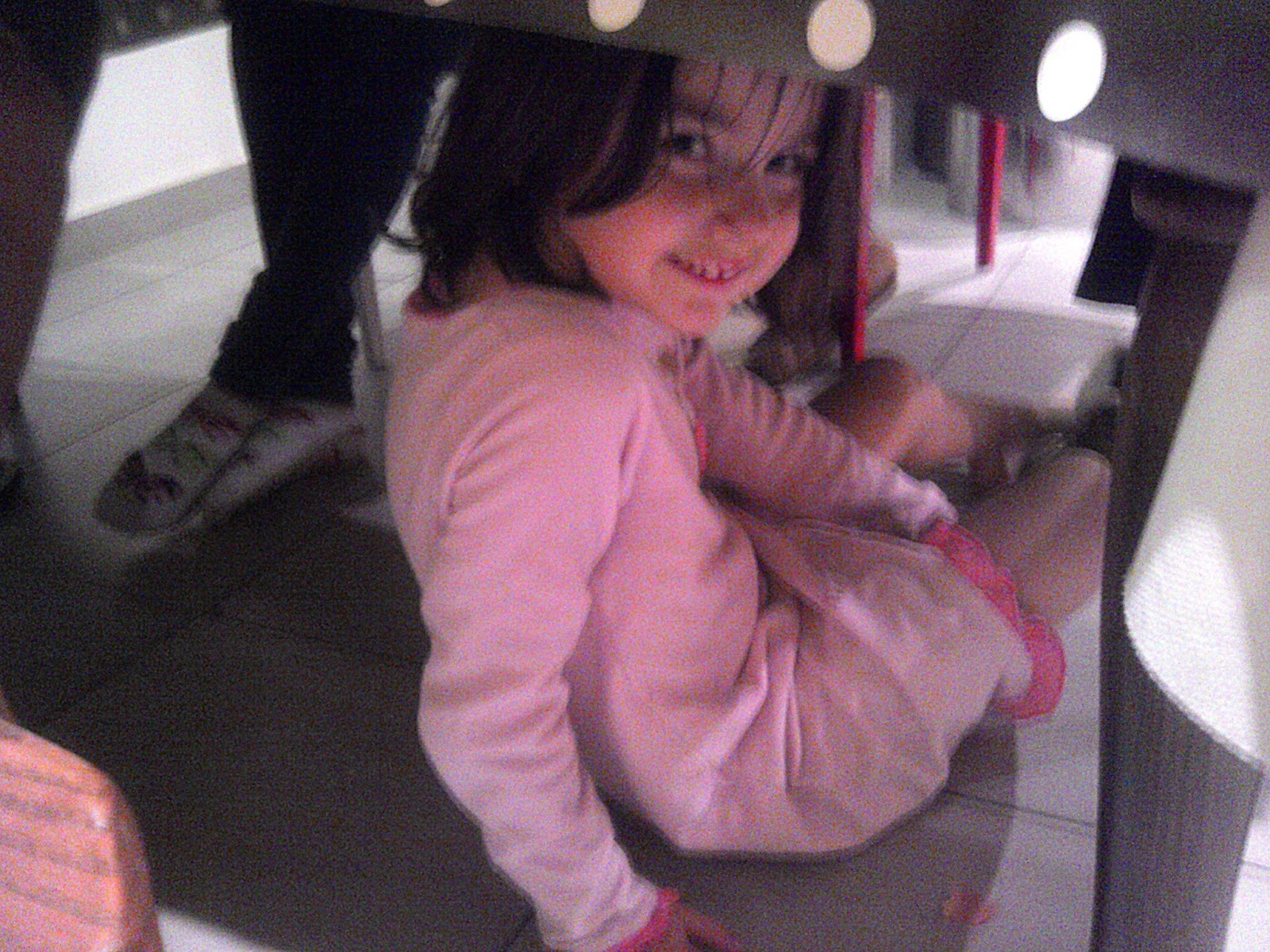 And guess who got the "feve" or in our case, 2 little horses?  Yes, it was Nana!  She got to be Queen for the evening!  We told her it meant she didn't have to help clean the dishes! 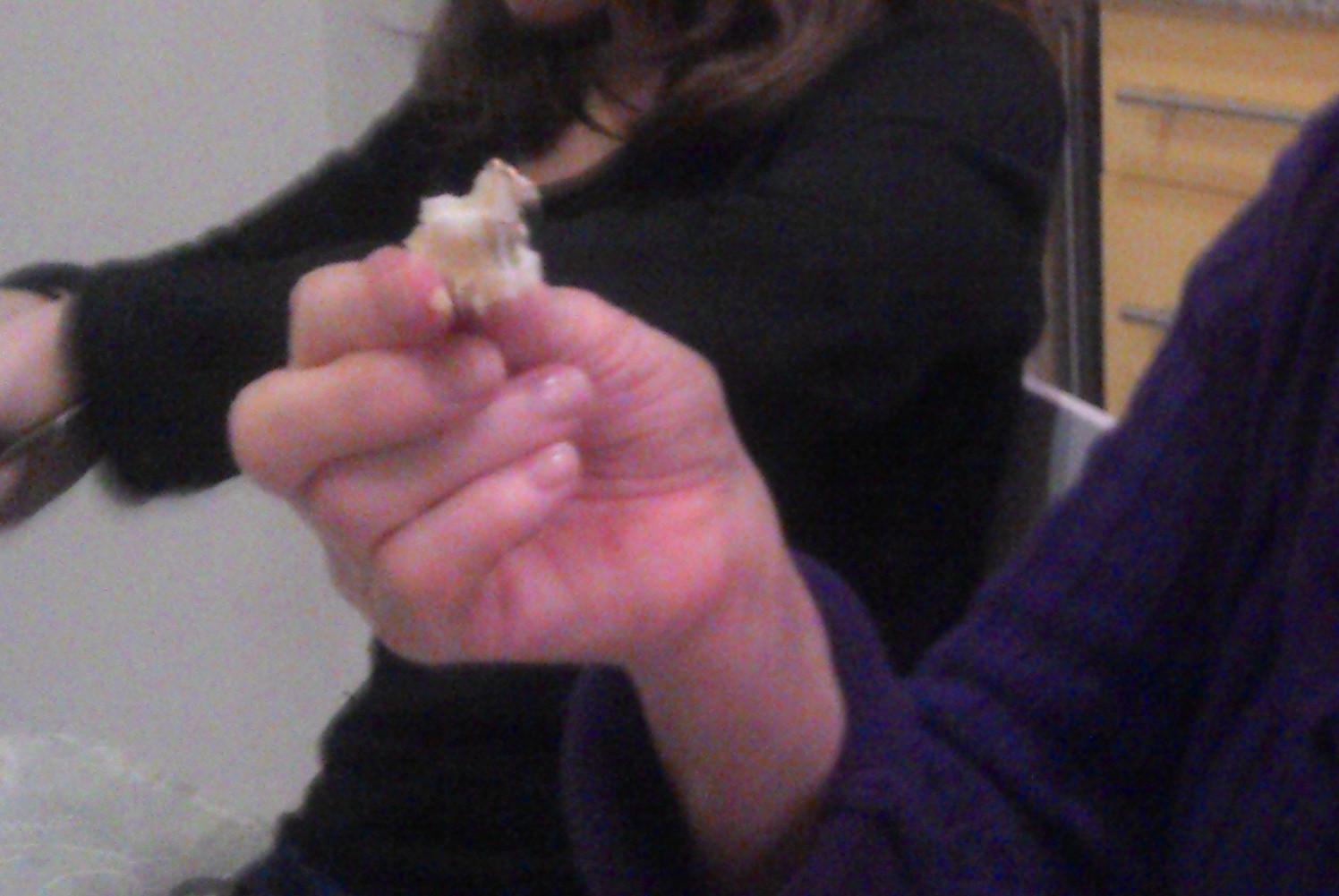 Nana and her crown! 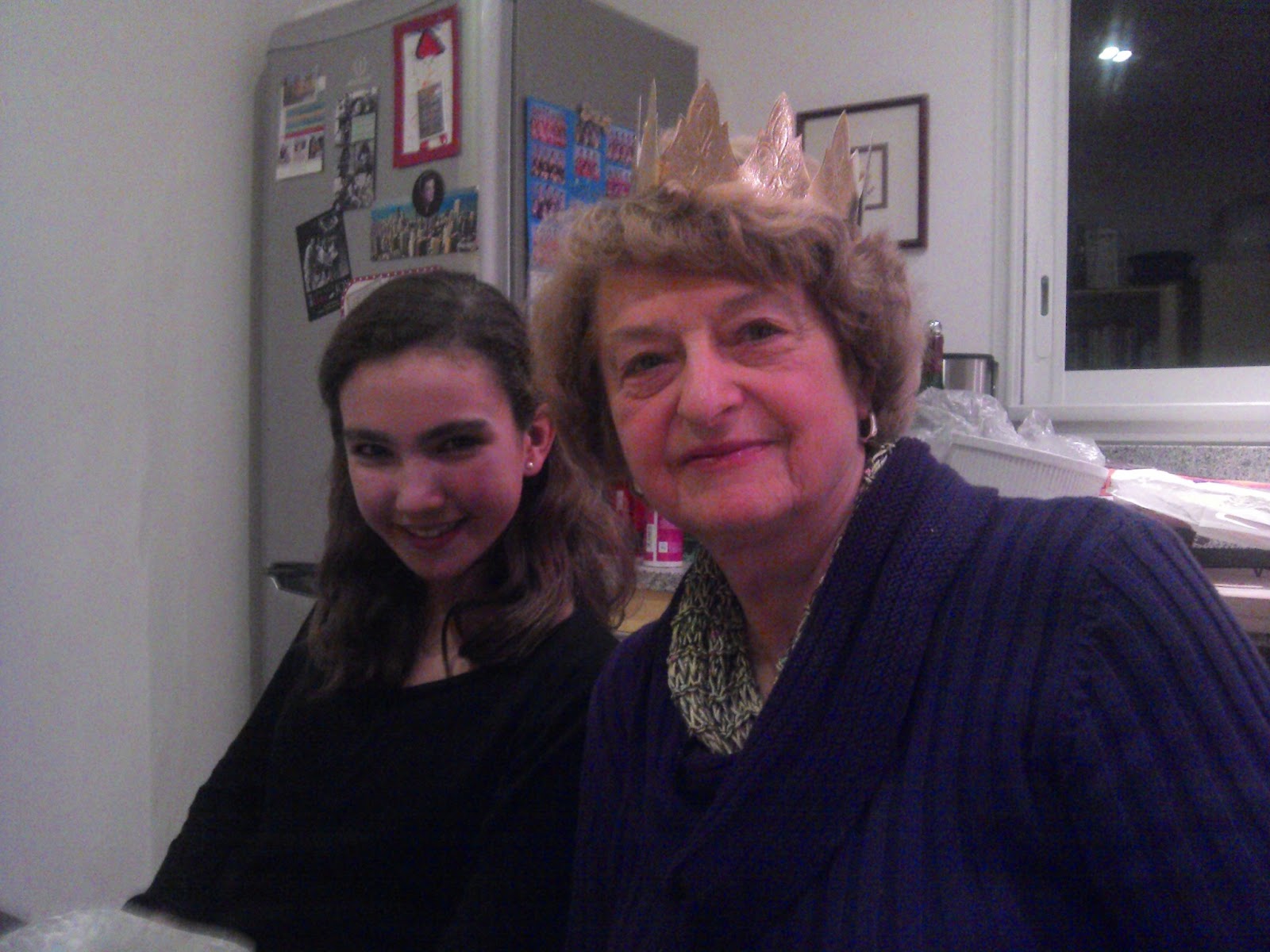 The bakery was very sweet and asked me how many children I had, so we got a couple of extra crowns!  That was very nice!  This was our second King's Day here in France and believe me, I have a feeling this will become a family tradition no matter where we live!  They even celebrate this tradition in the schools here in January by serving King's cake for dessert one lunch.    As I said earlier, even though January 6th is the official King's Day - France celebrates with this cake during the whole month of January - who wouldn't with this delicious dessert!  Enjoy your week!

Please pardon the photos - these were from my phone, as I didn't have my camera handy...but still wanted to capture the fun that was had! 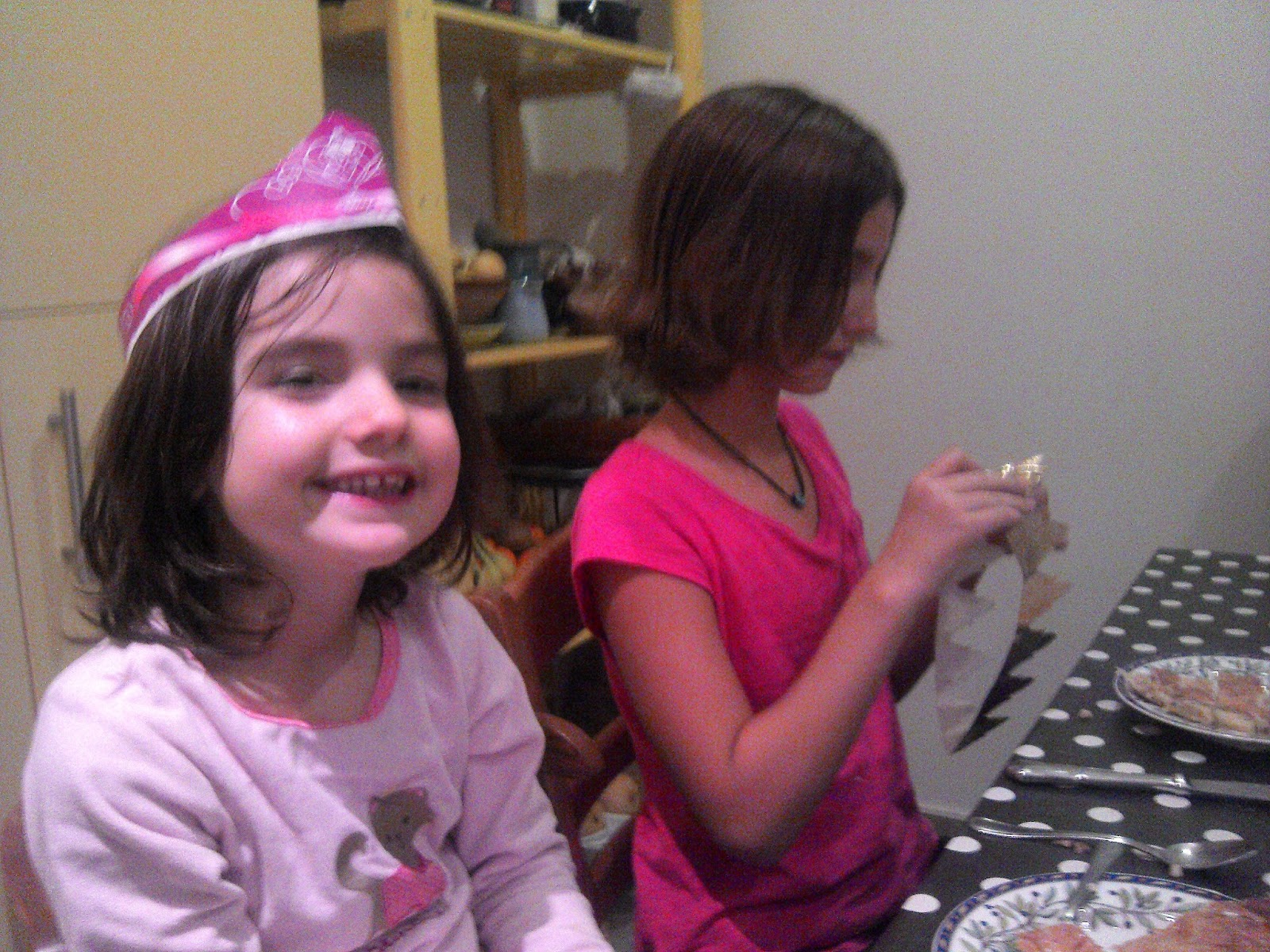 Posted by American Mom in Bordeaux at 10:14 AM