Dreaming of Learning French....Here's a gift for you! 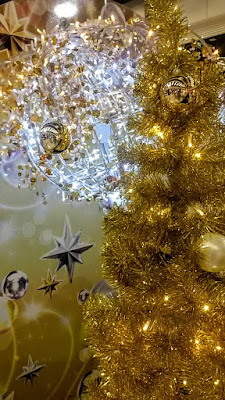 MERRY CHRISTMAS AND
HAPPY NEW YEAR
New Year’s resolutions and
a gift to you -
my fellow reader!

Have you thought of the new goals you would like to achieve in 2016? Spend more quality time with the kids, get that new job you’ve been dreaming of, lose weight.. How about learning a new language? How about learning French?
What is the real draw of French though? How will it make you a more sophisticated and thus a better person - more suave, more cultivated, with lower hygienic standards? That's the question that I'll attempt to answer with something exceedingly rare on the Internet these days, a top 3 list.

There’s nothing classier than ordering a pie à la mode at your local fast-food establishment, but every aspiring bon vivant should know that with just a handful of French terms, you can take your bistrot game to the next level. Start your evening with an apéritif, then move on to an amuse-bouche. By this time, your mouth should be so amused that you’ll barely have room for the pièce de résistance. A quick trou normand should help you find a second wind, just in time to go tête-à-tête with a planche de fromage. Cap off your soirée with a digestif, before heading to an after-dinner fête, where the drinking can begin in earnest. Bonus: if you've been using all these words during your meal, your date may have even transformed from a “peut-être” to a “oui oui”. Bon appétit, you little connaisseur, you.

There’s a very thin line between pretentiousness and refinement, and learning French will put you firmly in both camps. To achieve the coveted status of Monsieur or Madame Je sais tout, however, you’ll need to master the basics of le cinéma français. Film is after all an art invented by the French, according to the French (les frères Lumière).

Try casually slipping the terms Nouvelle vague and Cinéma verité into your next poker game. Did anyone run away or spit on you? Good. You’re halfway there. Carefully, cautiously, while protecting your private areas, mention Truffaut’s mise en scène in Les 400 coups, or Godard’s handheld camera shots in A bout de souffle. Feel free to use the term chef d'oeuvre. No derisive laughter? No punching? You're well on your way to becoming an insufferable critique, the pride of your local cinémathèque. You want to know how it happened? Because you dared to learn French - the language of cinema snobs.

Reason #3: Plan your honeymoon to Gabon

Did you know that French is spoken outside of France? We were skeptical at first too, but thanks to France’s glorious colonial history, French flows freely in 29 countries officially, and many more unofficially.

Ouagadougou ain’t your thing? Why not honeymoon to a country that doubles as a tax haven. Monaco, Luxembourg and Switzerland are perfect for all your sketchy financial transactions - No questions asked.

Still not sold? With French at your disposal, you can finally make the trip to the ultimate exotic destination, the jewel of the Americas: Canada. Time to brush up on your bonjours, eh?

After those 3 very logical reasons…
...and because Christmas is coming along shortly, I would like to give you the very special gift of French! I’d like to thank you for being with me throughout this year (or longer if you are a faithful long-term reader). As a token of my appreciation, here is a special gift for you!

Have a wonderful Christmas and an even more special New Year!

Posted by American Mom in Bordeaux at 10:21 AM