La Rochelle - Such a Vibrant City!! 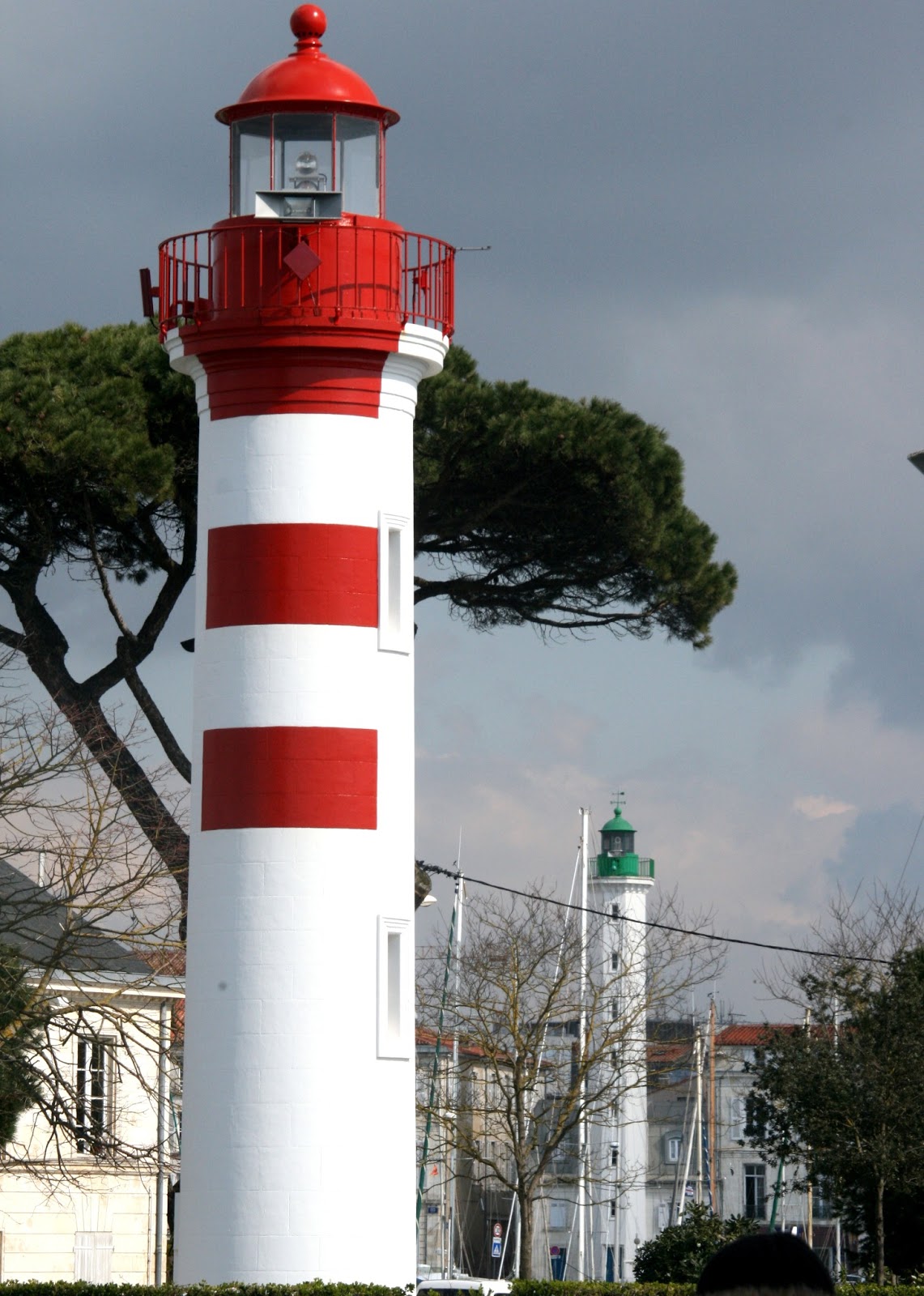 Our Visit to La Rochelle 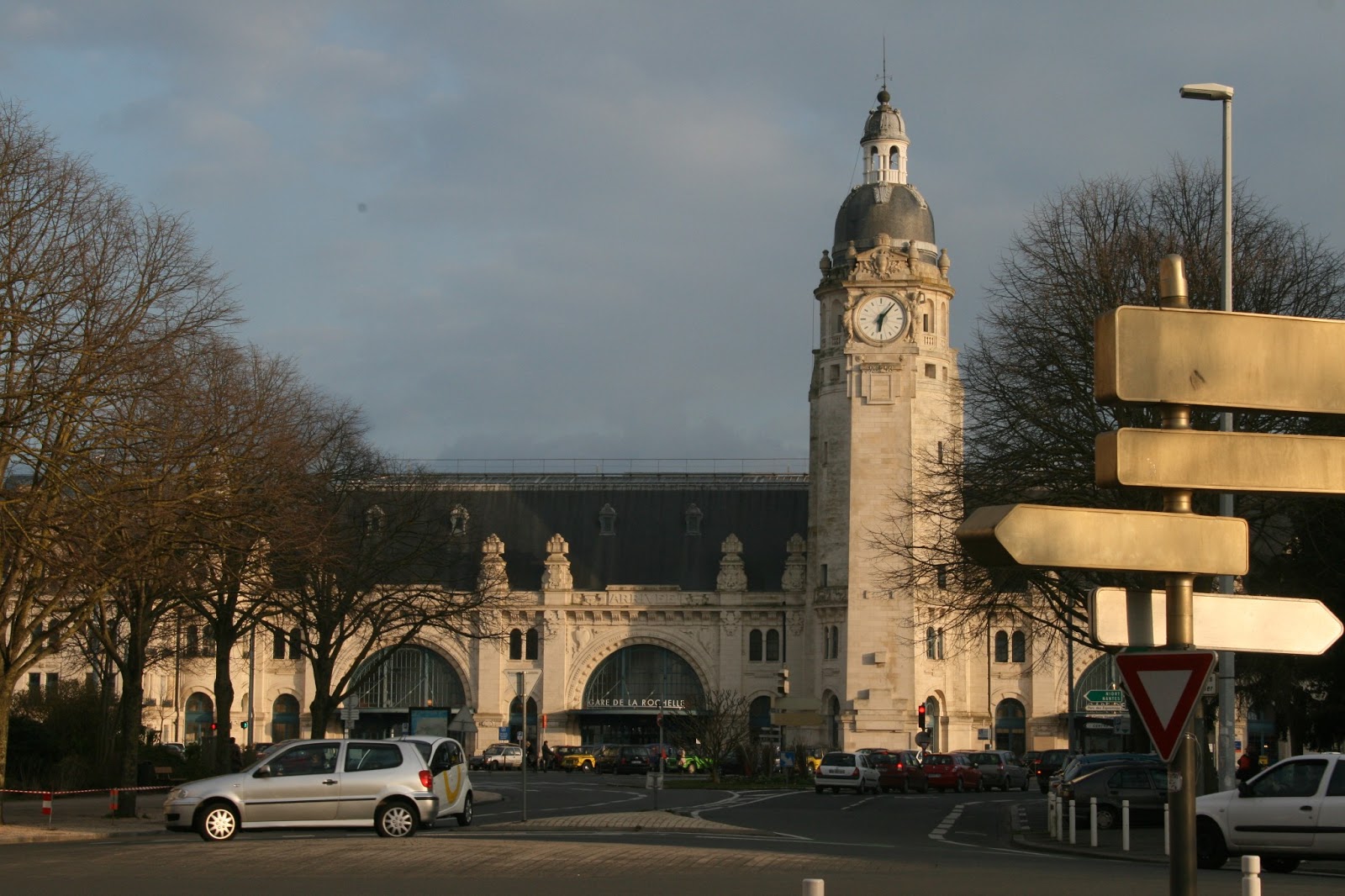 La Rochelle is a city 2 hours North of Bordeaux.  I had heard that it was a pretty vibrant place full of history and charm.  So, this last week, I picked a day that proposed some sun, even though cold,the girls and I ventured north for the day.  What we found was a beautiful historic city full of uniqueness and at the same time modern day charm. 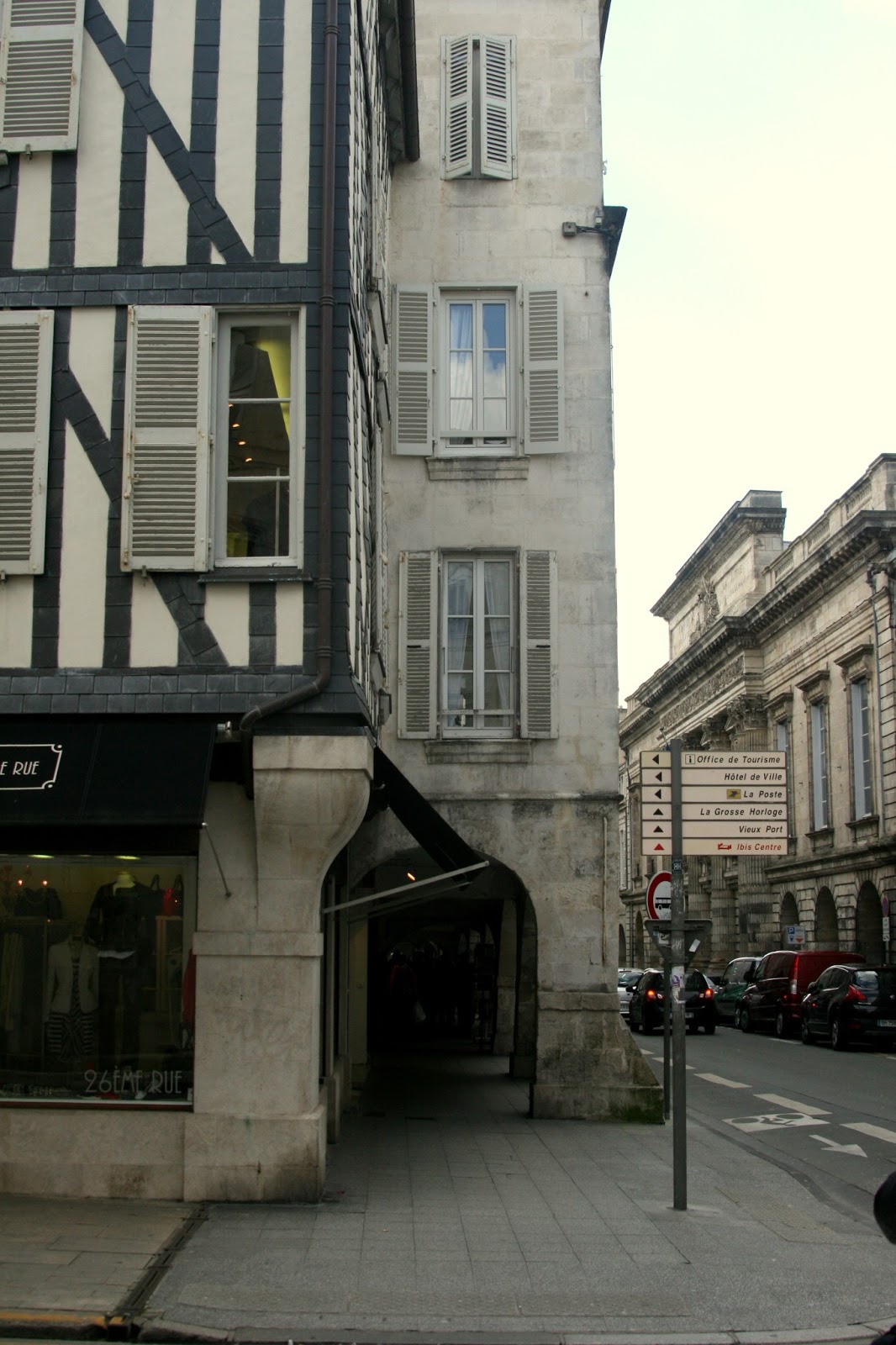 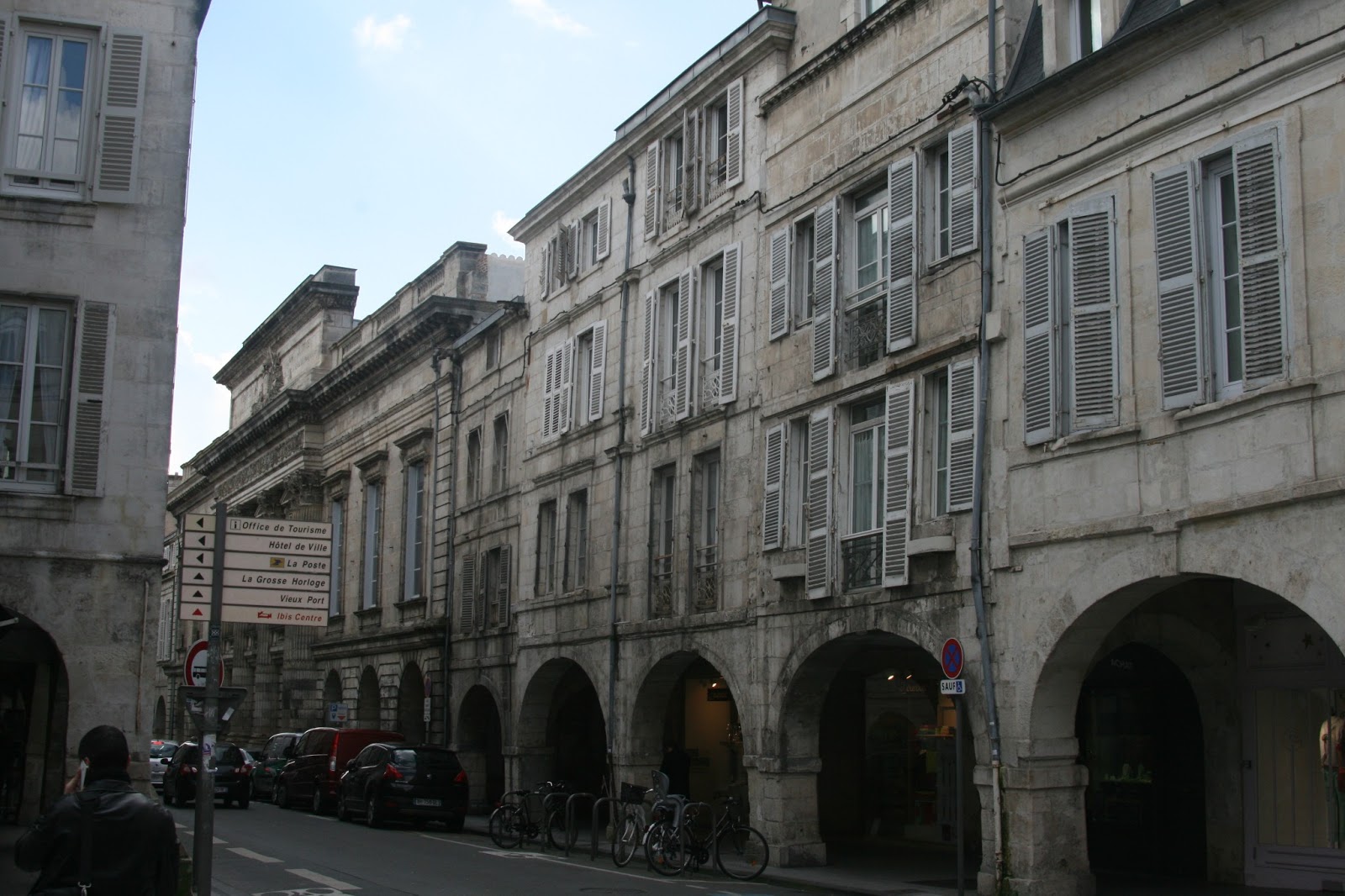 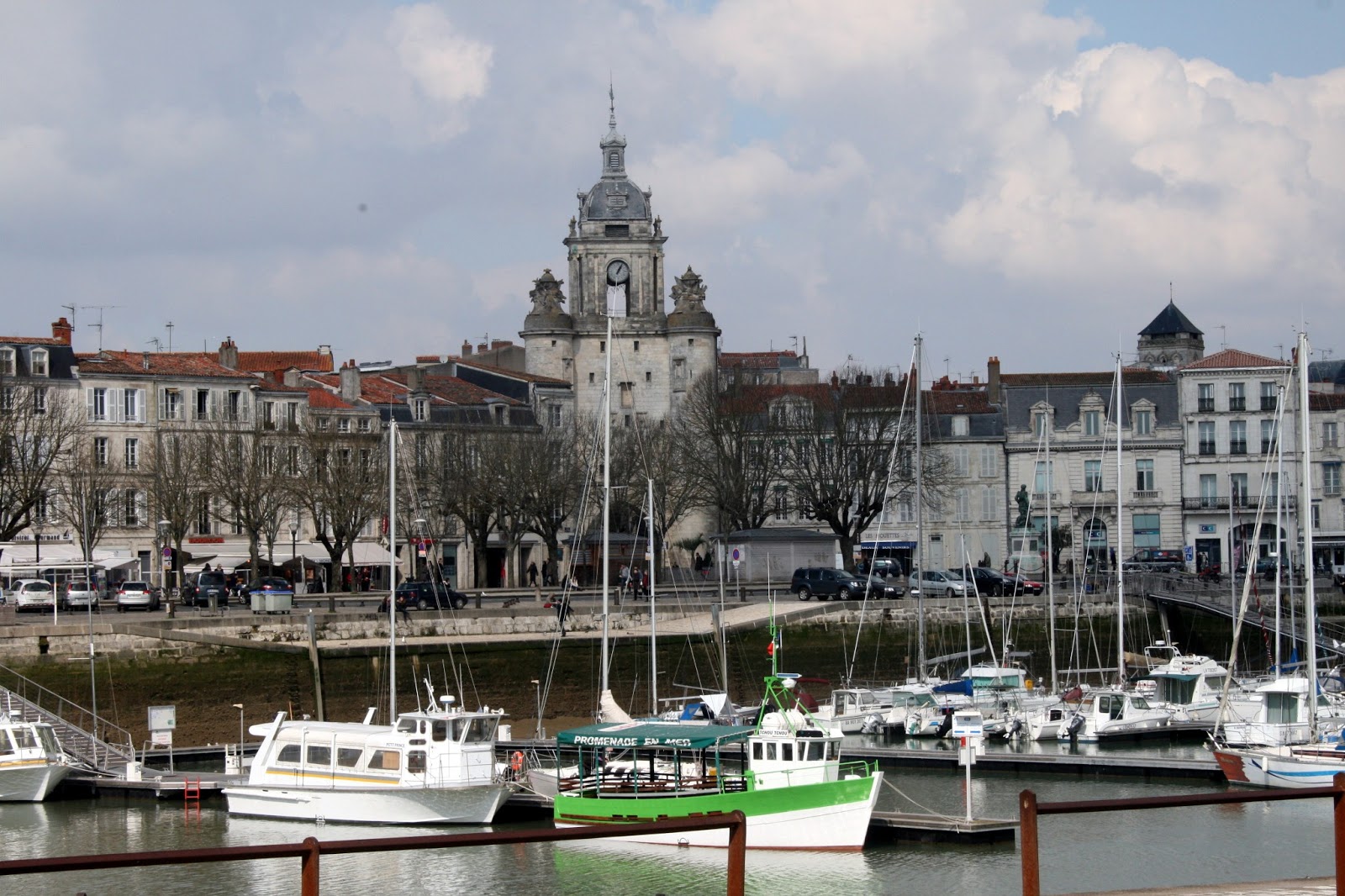 Historically, La Rochelle was the “rebel city” with a unique history.  It had been democratic ahead of its time (having elected the first mayor in 1199) and was also protestant while the rest of France was Catholic. It has also boasted an important commercial harbor throughout history.  Way back to the 13th century commercial links were made between England, Flanders and the Baltic Countries. Exploration to the Americas also started out from this city.  Later on in the 1600’s regular trade routes were developed with Canada and the West Indies.  This further allowed this city to flourish with both intellectual and artistic influence.  This port was also used in World War II as a German submarine base and was one of the last areas to be freed in 1945.  This city has historically been one of the most important French harbor towns in terms of its economy and tourism. 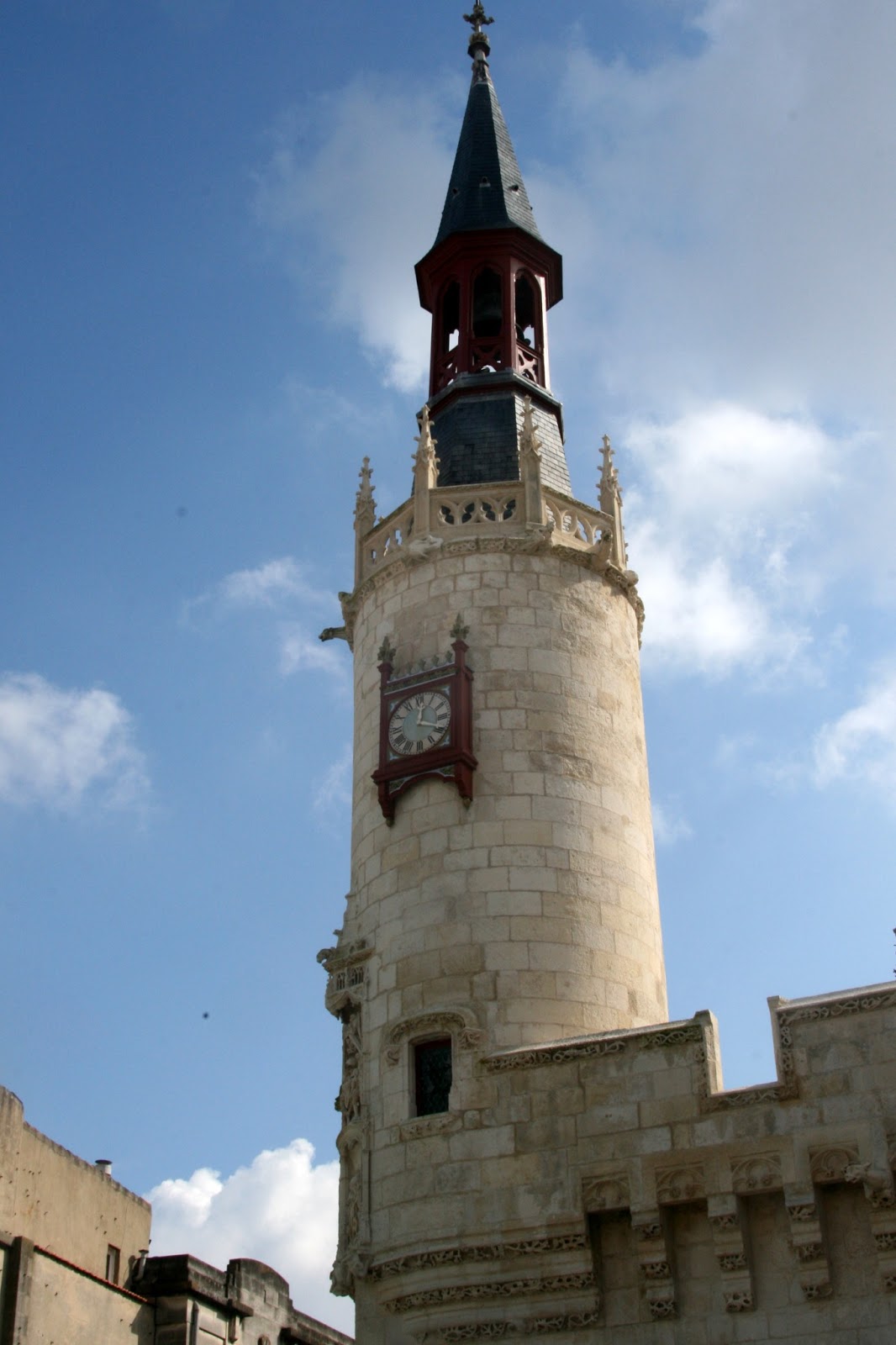 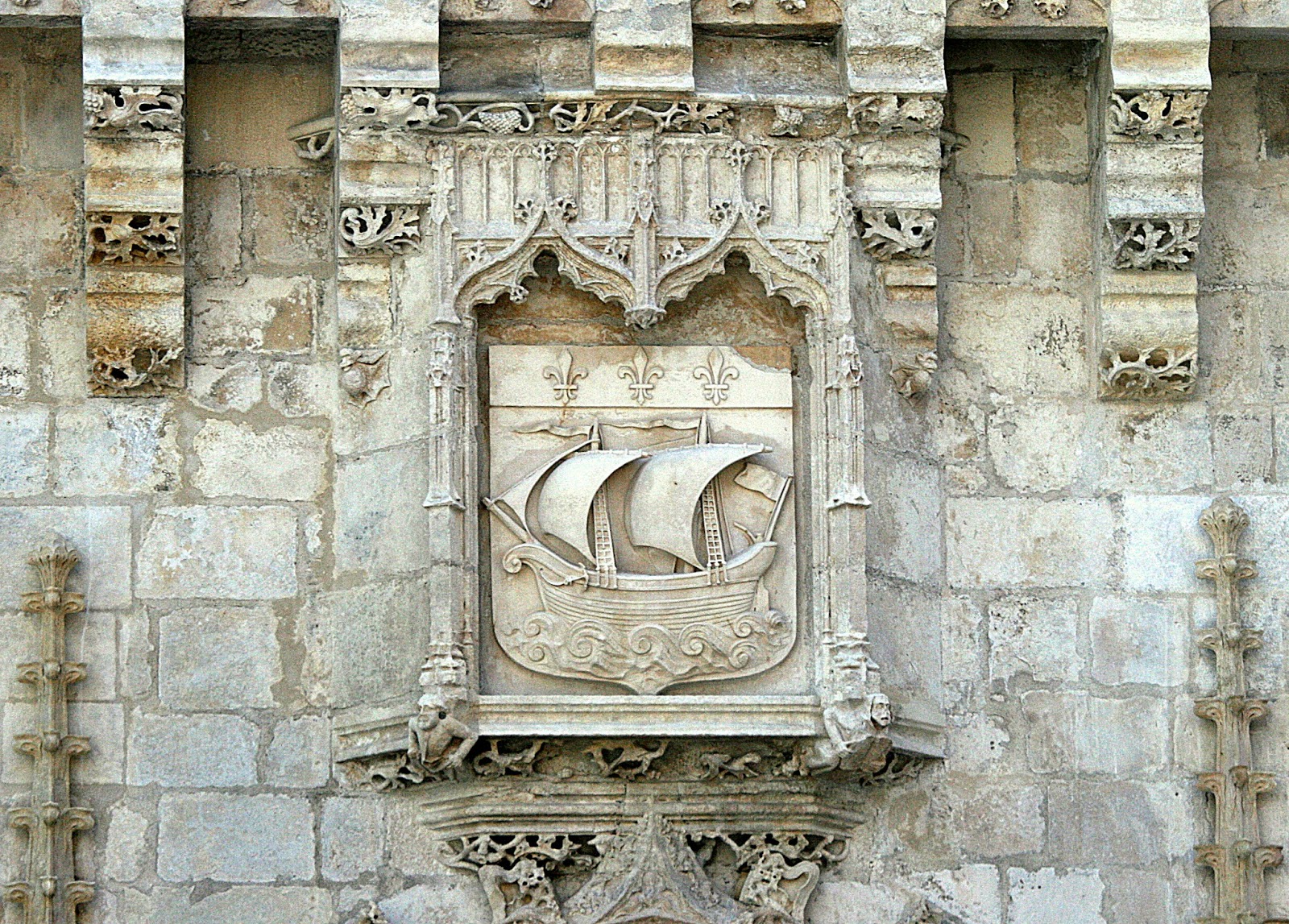 Today, La Rochelle boasts arcade shopping streets, half-timbered medieval houses and fine renaissance homes.  There has been a successful union of modern boutiques, the historic center, the old port and modern terraces and parks. One of Europe’s largest private aquariums is also located in the heart of the town.  This city has about 80,000 residents in town. 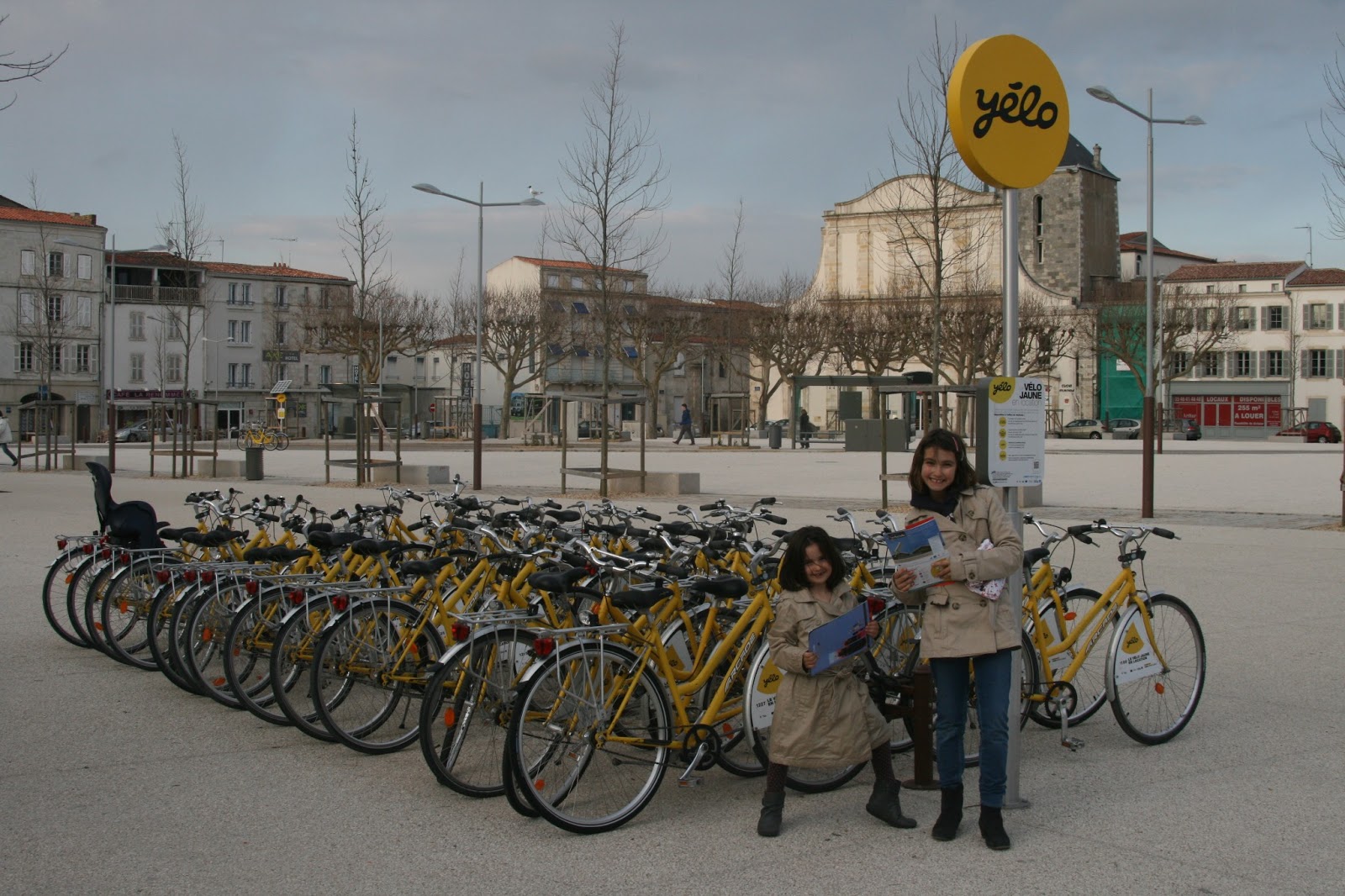 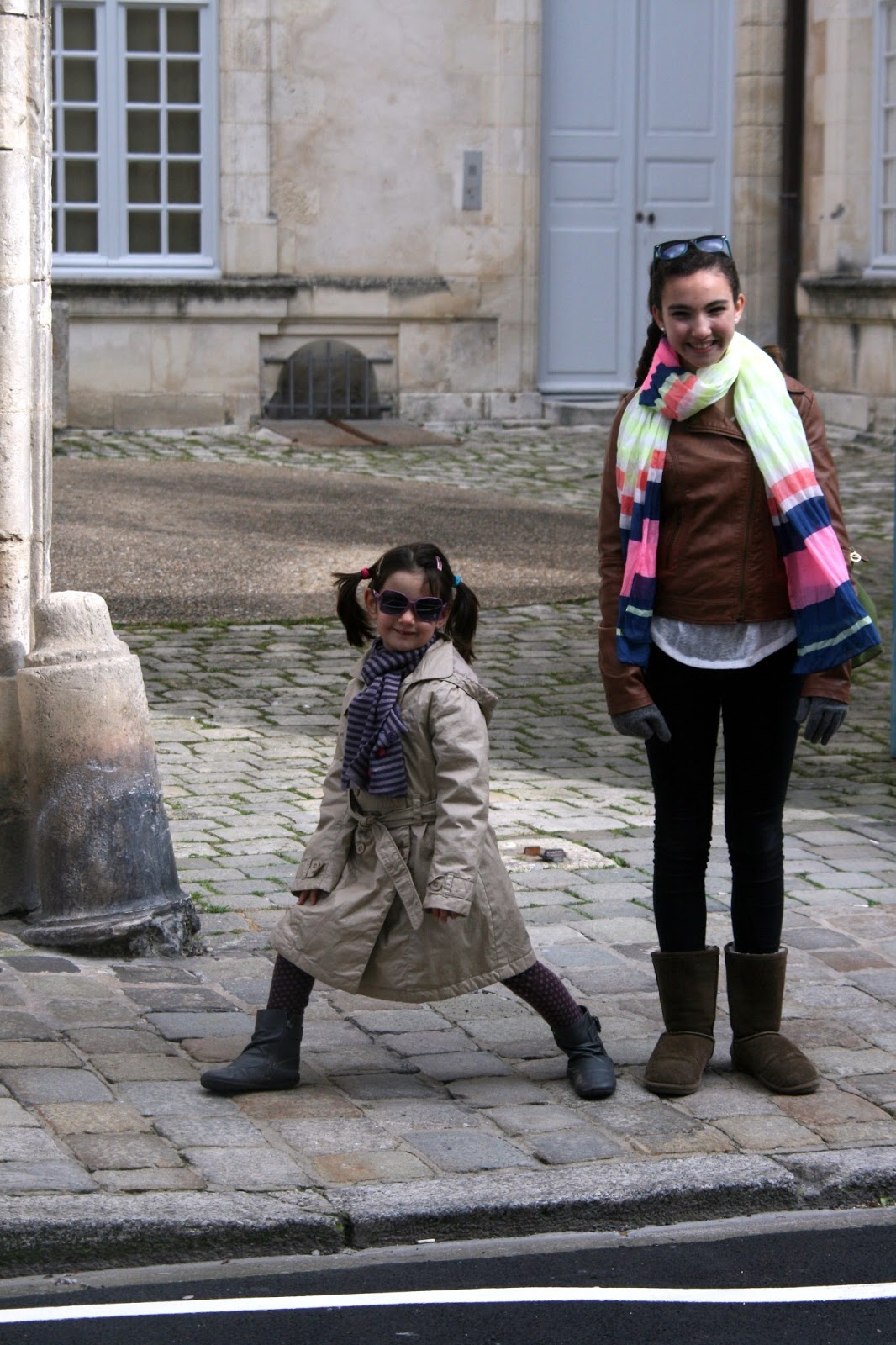 We arrived in the city around 11:30 am – we ate a quick lunch at our car and then headed into to the New World Museum (Musée de Nouvelle Monde).  This inexpensive (kids are free and adults 4 euros) museum wasn’t too large but housed many interesting displays about the Americas – it covered exploration to the Antilles, West Indies, South America, Canada and the US.  It was interesting to read about the “New World” from the perspective of a European explorer.  Interesting little facts stuck out in my mind, like how the French abolished the use of slavery in the West Indies so that they could “save” their colony as they feared an uprising would result in the English annexing the colony.  Products and resources in the “New World” became ways for Europeans to increase their fortunes – for example the sugar trade of the West Indies.  Also based on exploration routes, one could see why there are pockets of French people in Canada and then across the Great Lakes and down the Mississippi River and eventually settling in New Orleans.  Now, as an adult, I was familiar with much of this history but for my older girls it was a great summary of understanding how their country along with Canada & South America was settled. 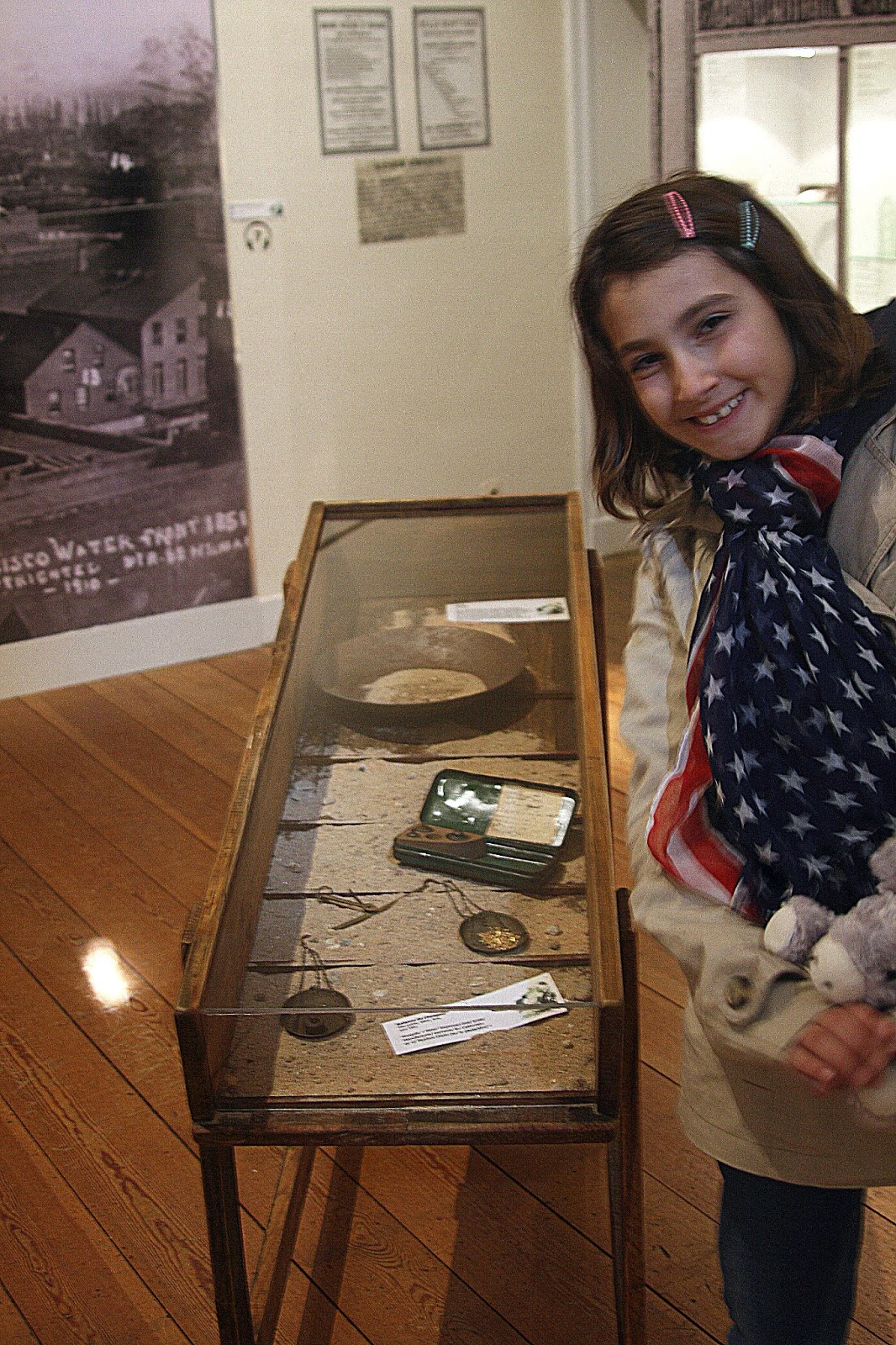 One of the most interesting displays in this museum was created from all recycled material – depicting a tall ship and many smaller ships. 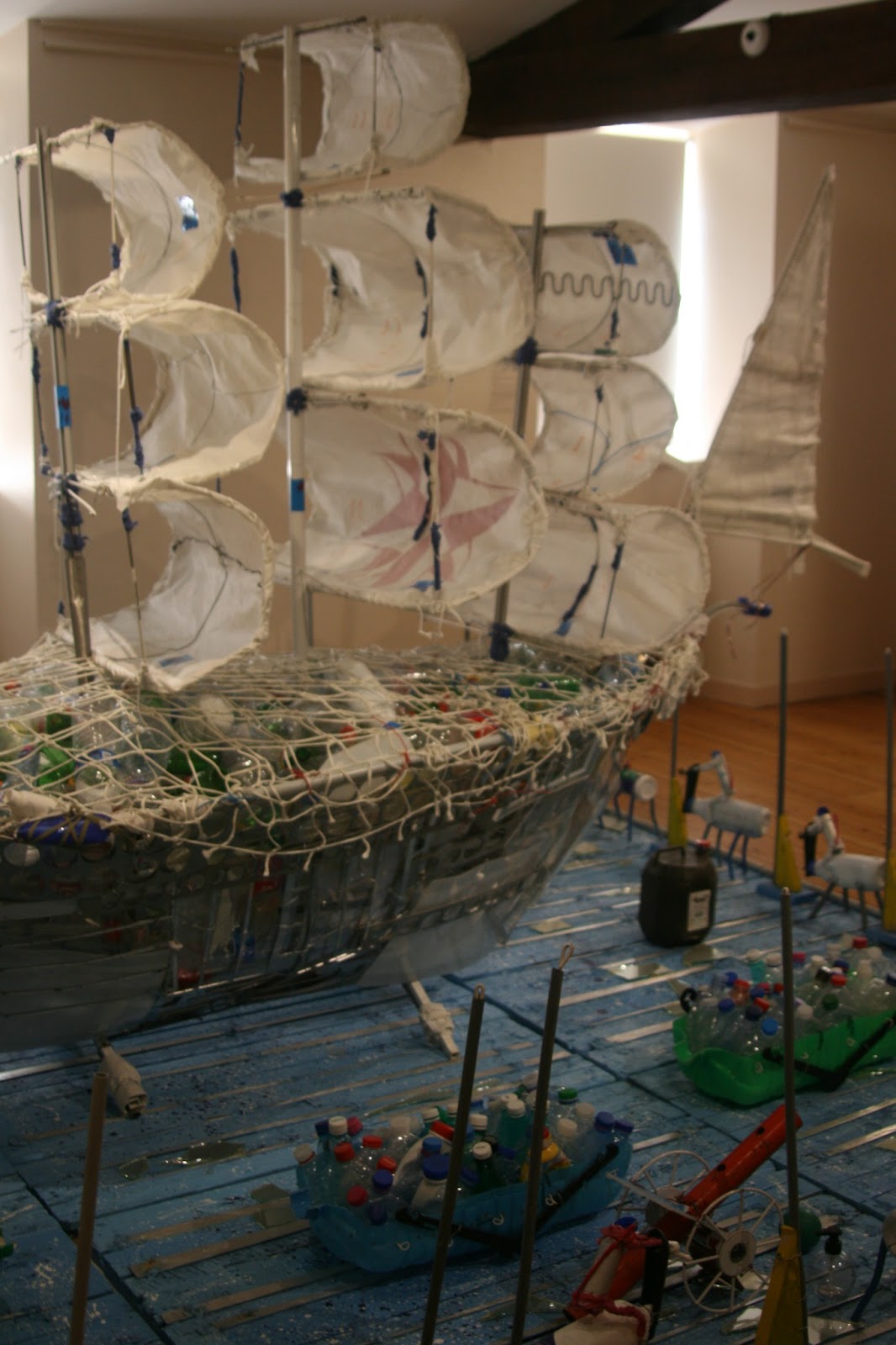 After our tour of the New World museum we walked further into the old town and just toured around the arcade streets, enjoying the beautiful architecture.  The Clock tower and ancient gate was stunning! Once we came up to the Old Port or (Vieux Port), it was beautiful to walk around enjoying the boats, parks and seeing the light houses – which by the way still work! 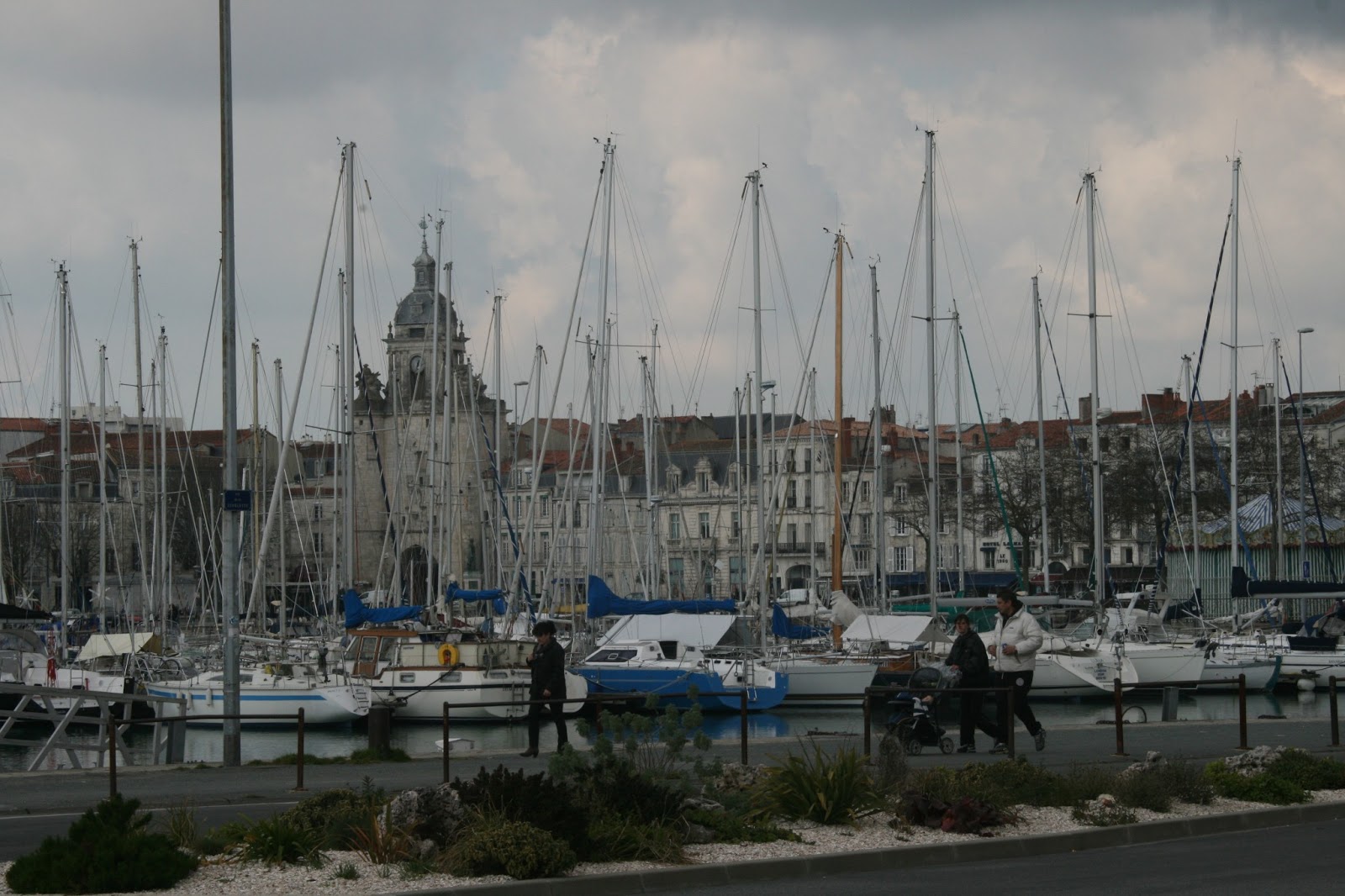 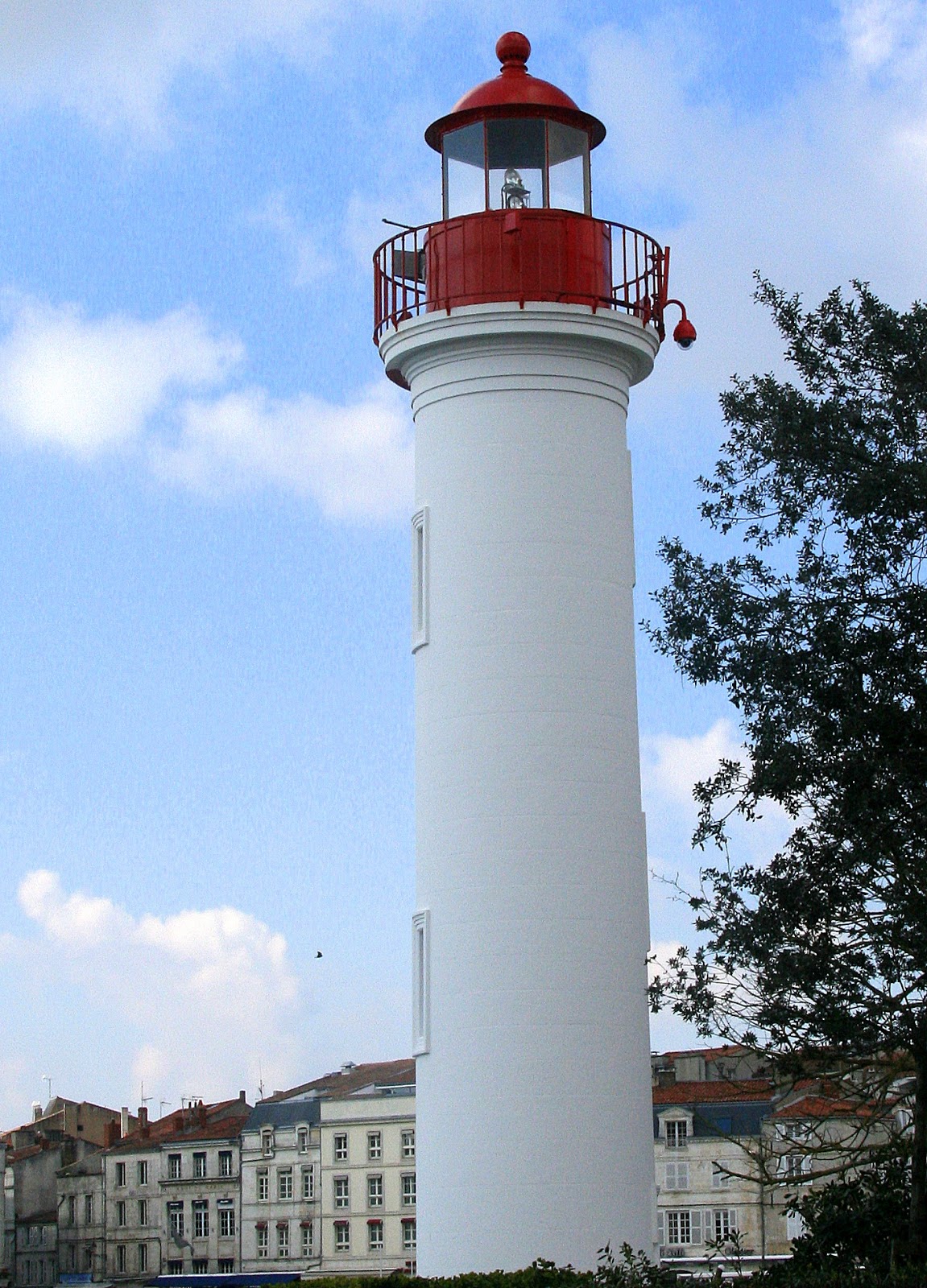 One of the other unique features of this port is the three towers.  The first being the St. Nicholas Tower – a stately keep.  This tower symbolizes the power and wealth of La Rochelle and stands a height of 42 m.  The second tower is the Chain Tower.  This is considered the ancient gate of the old port and controlled boat arrivals and departures.  Currently, a space in this tower houses an exhibit documenting the migrants on their voyage to Quebec.  (We didn’t see this, but on my list to see when we return to this city!).  The tallest of the towers is the third tower, or Lantern tower and it stands 70 m high.  This tower served as a lighthouse and a prison throughout history and is the last medieval lighthouse of the Atlantic Coast.  The old port was also interesting as they have a lock system within the port allowing the water to be higher and more protected on one side than the other. 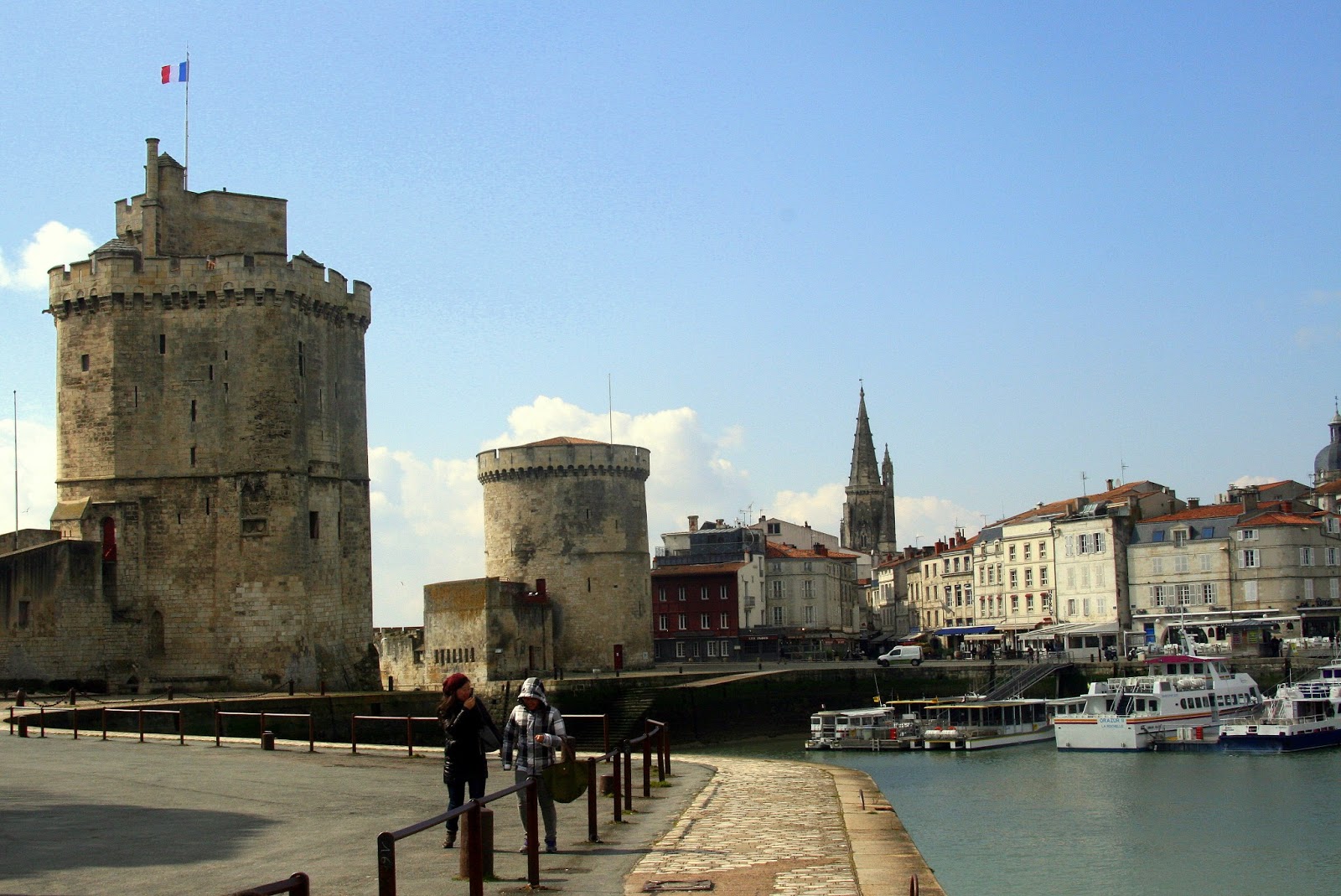 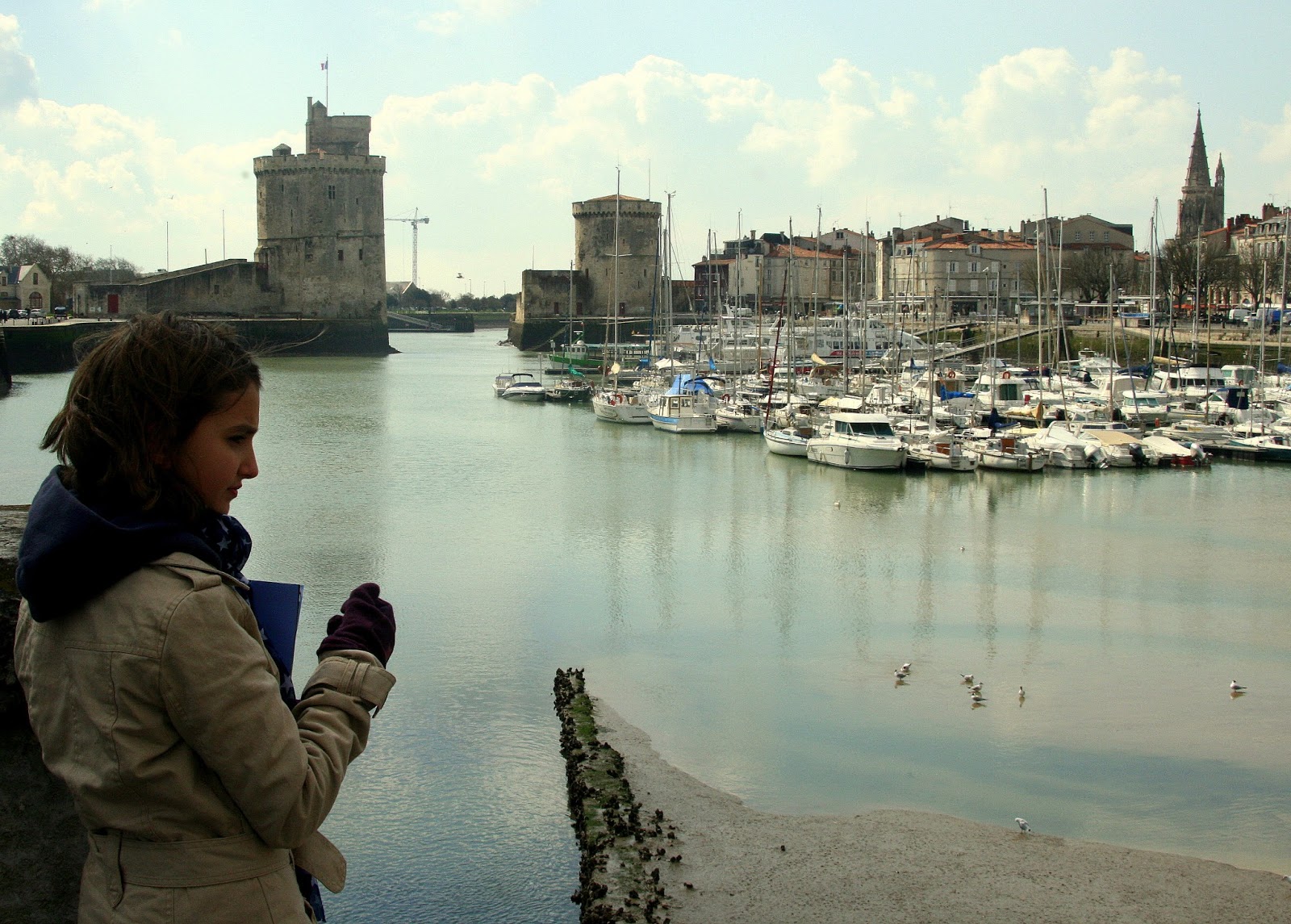 After our walk around town and the old port, the girls decided they wanted to go through the Aquarium.  This was a fun way to end our visit to La Rochelle – so many interesting fish and even sharks.  I especially enjoyed the film we saw about coral and how it reproduces each year.  This aquarium is also a research institute, so it’s fascinating to watch and learn about their discoveries. 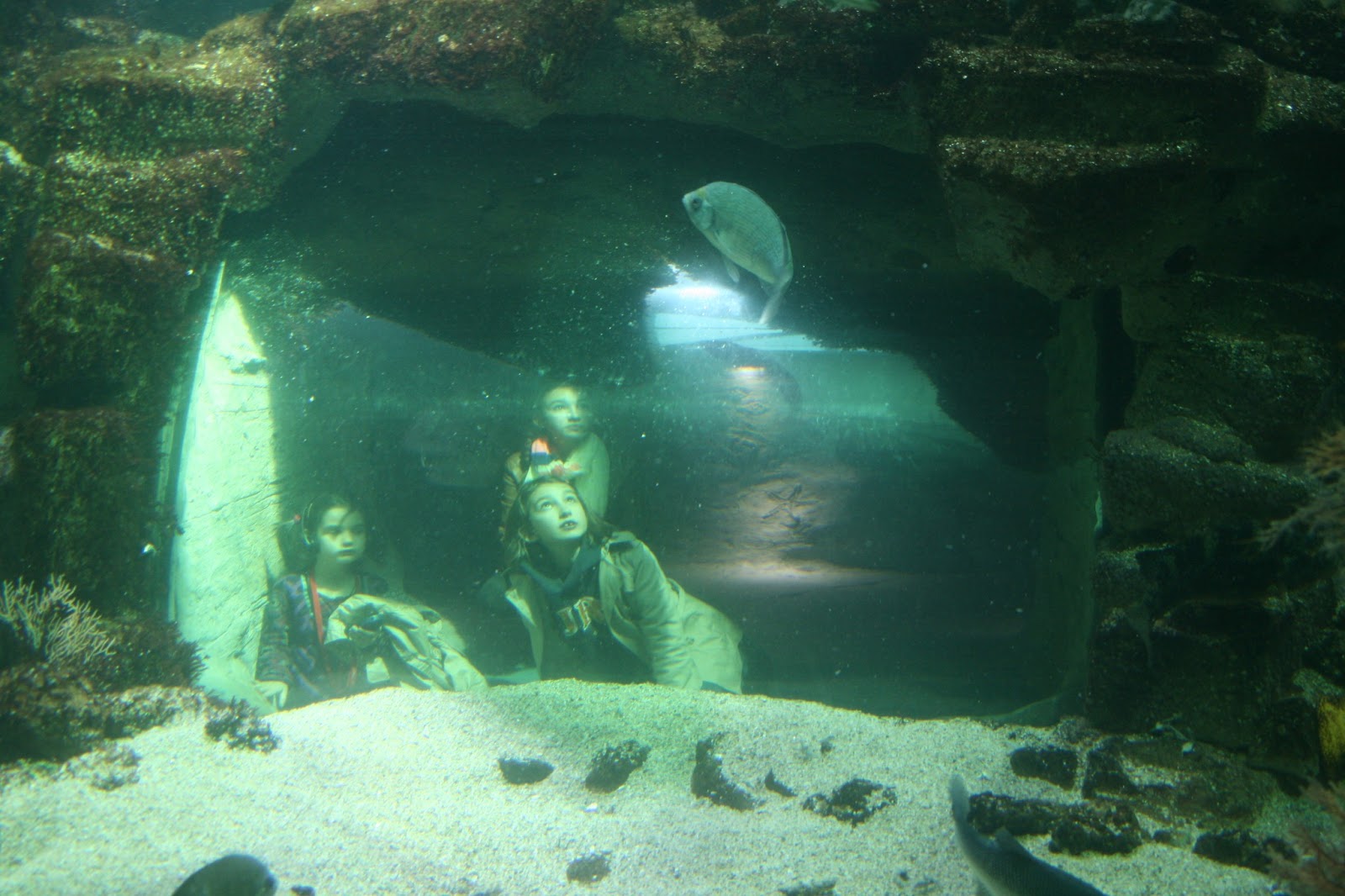 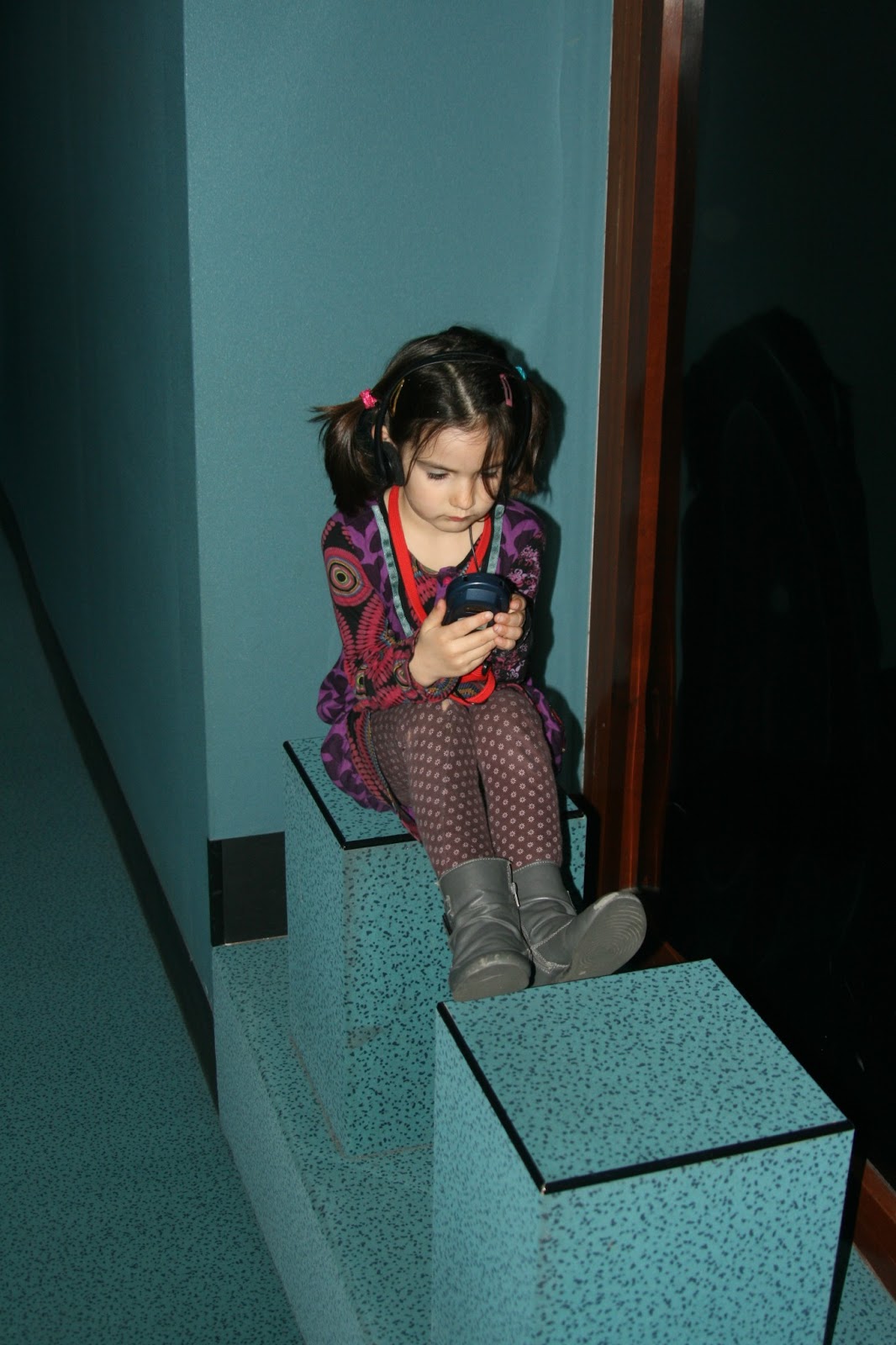 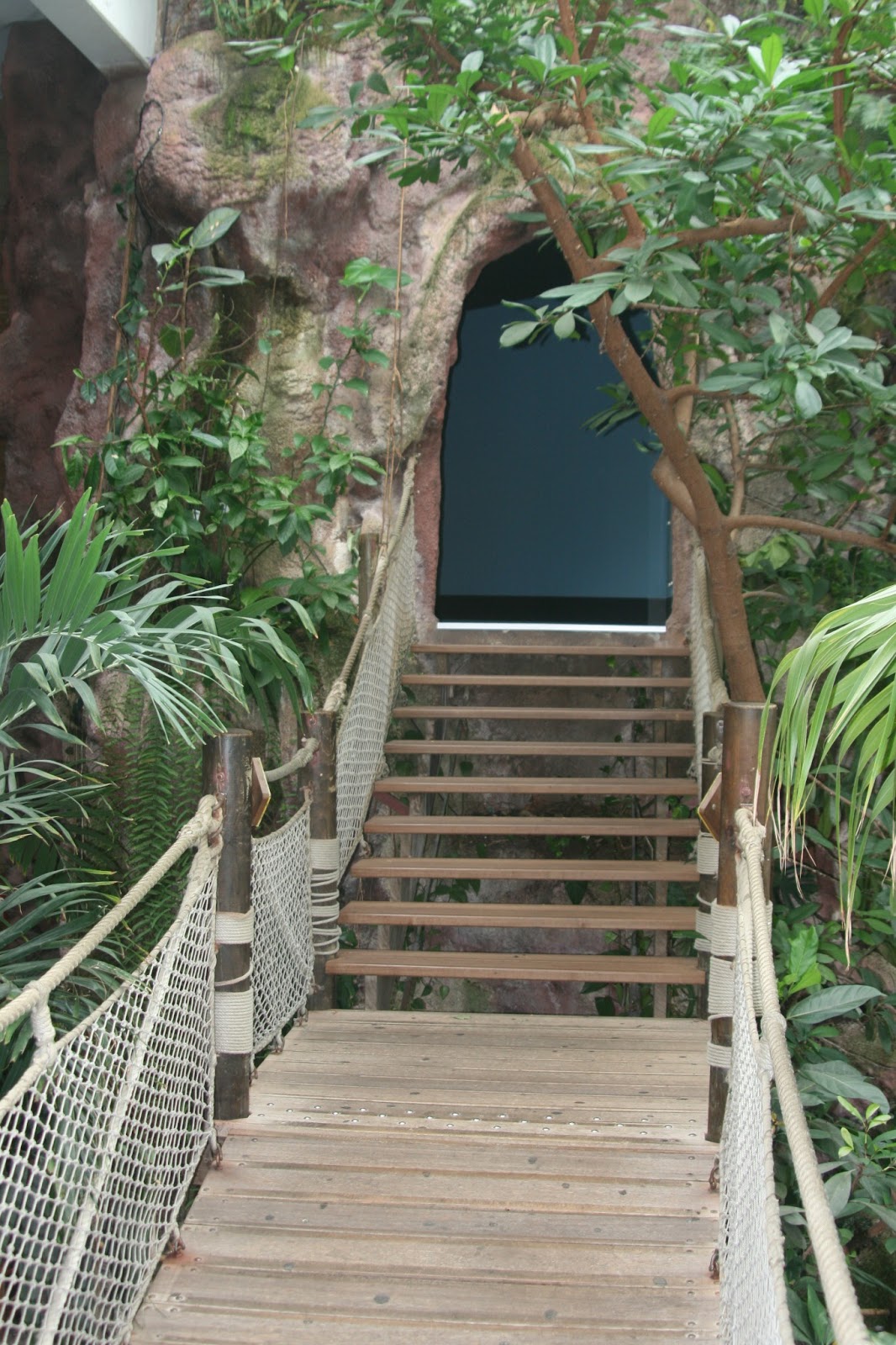 As it was a chilly day, we did not venture out into the harbor with any of the many boat tours.  We will have to save that for another time.  Ile de Re is also located just to the North and West of La Rochelle – again in nicer weather this area is a wonderful place to walk, bike and enjoy the outdoors. This whole area is a big vacation destination due to the beauty, history and many diverse activities that it offers.

After enjoying a quick bite to eat, we headed home.  As we were driving out of the city, we say a sign that said panoramic view of Fort Boyard.  Now, my girls are huge fans of the television show Fort Boyard and have always found the fort interesting, so a chance to see it for real – was not to be passed up.  So we took a quick detour and headed out to the sea – and arrived just in time to see the sun set!!  Even though, it was in the distance, it didn’t disappoint, and with the viewer, they enjoyed a real look.  This part was definitely a highlight of our day!! 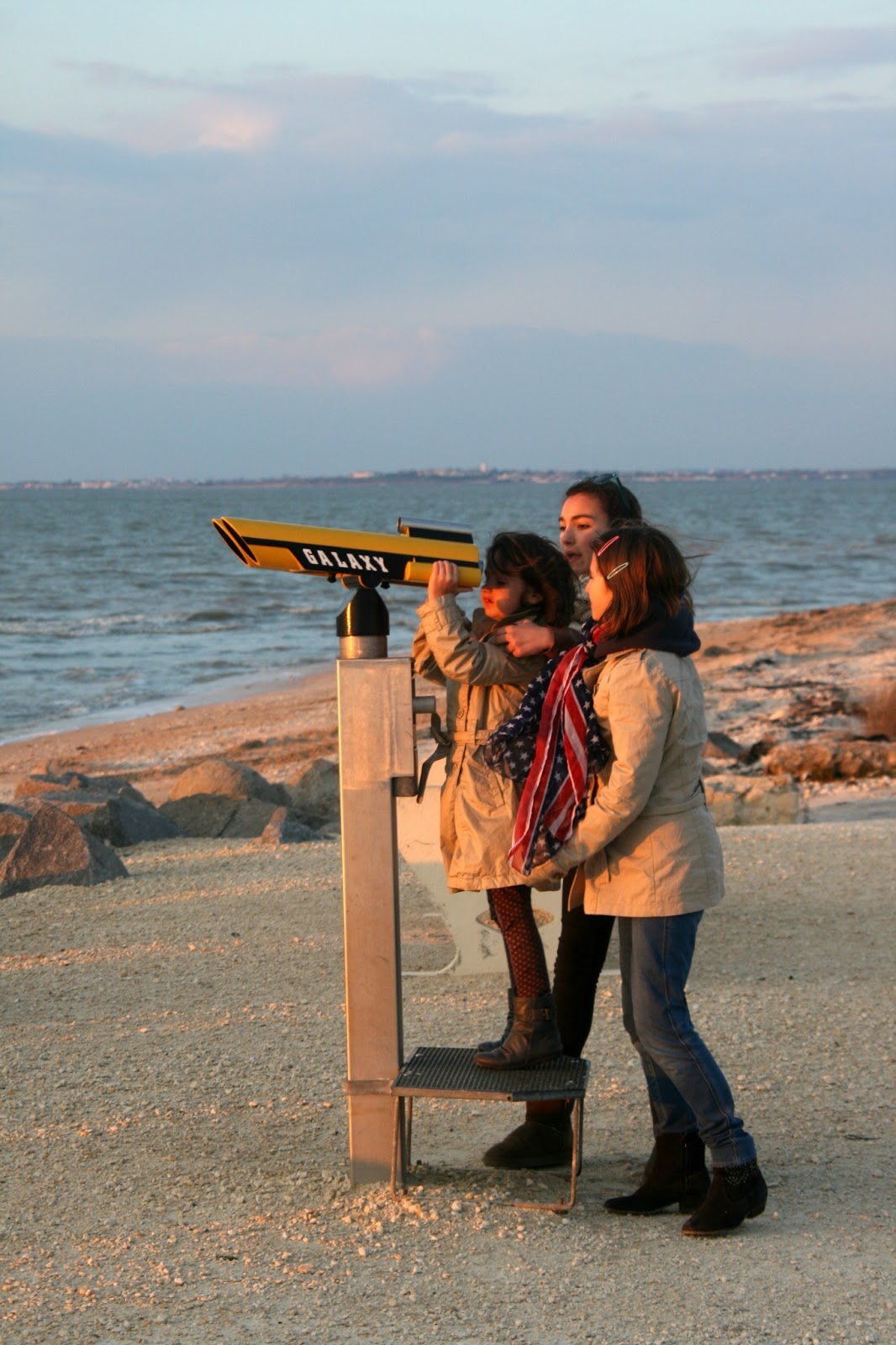 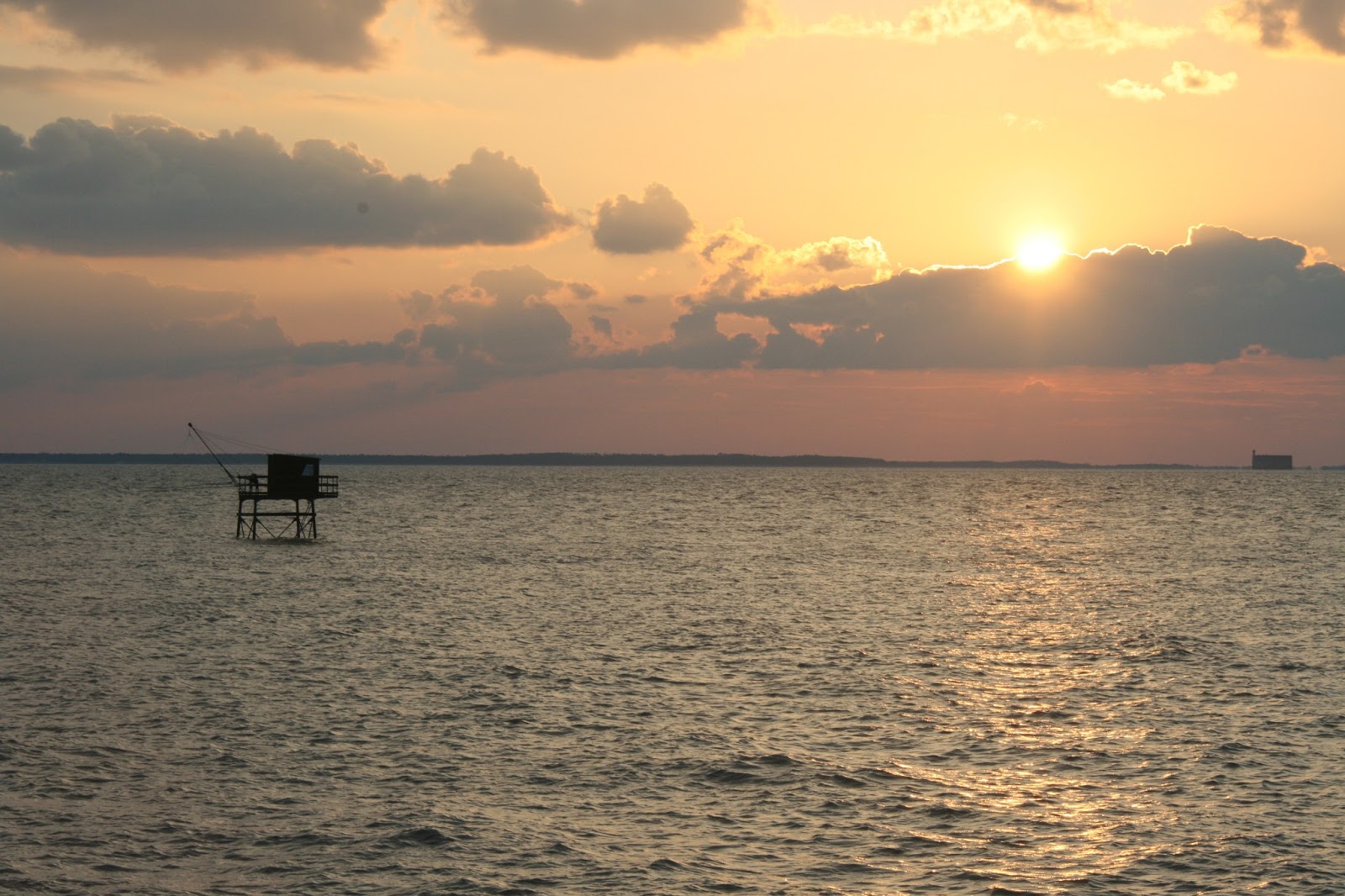 We arrived home by 9 pm that evening – and the girls are already asking to return in nicer weather…I’m thinking for our Spring break in May – we just might have spend a few days there!

Posted by American Mom in Bordeaux at 10:00 AM