The opening of the New Bridge in Bordeaux

Last weekend a special event was held in Bordeaux – the opening of the Jacques Chaban-Delmas Bridge. This brand new modern lift bridge connects the Bacalan and the Bastide sections of Bordeaux.  With growth in Bordeaux, this bridge has been long needed in order to ease mobility, traffic and access to the downtown center from the newer suburbs on the right side of the Garonne.  The only other bridge in downtown Bordeaux is the historic Pont Pierre – which heads directly out of downtown, but is not a lift bridge.  There was a lot of thought and research that went into this bridge – from location on the Garonne, style so it blends with the cityscape and functionality – still allowing access to the historic downtown by larger boats and ships.

The Bacalan-Bastide bridge – now named the Jacques Chaban-Delmas Bridge, named after the former mayor of Bordeaux, is a lift bridge with a 100m long lifting span which gives talls ships access to the City center and historic port.  Work on this bridge was begun in 2009.    It’s an engineering marvel and the raising and lowering of the bridge takes a mere 11 minutes. 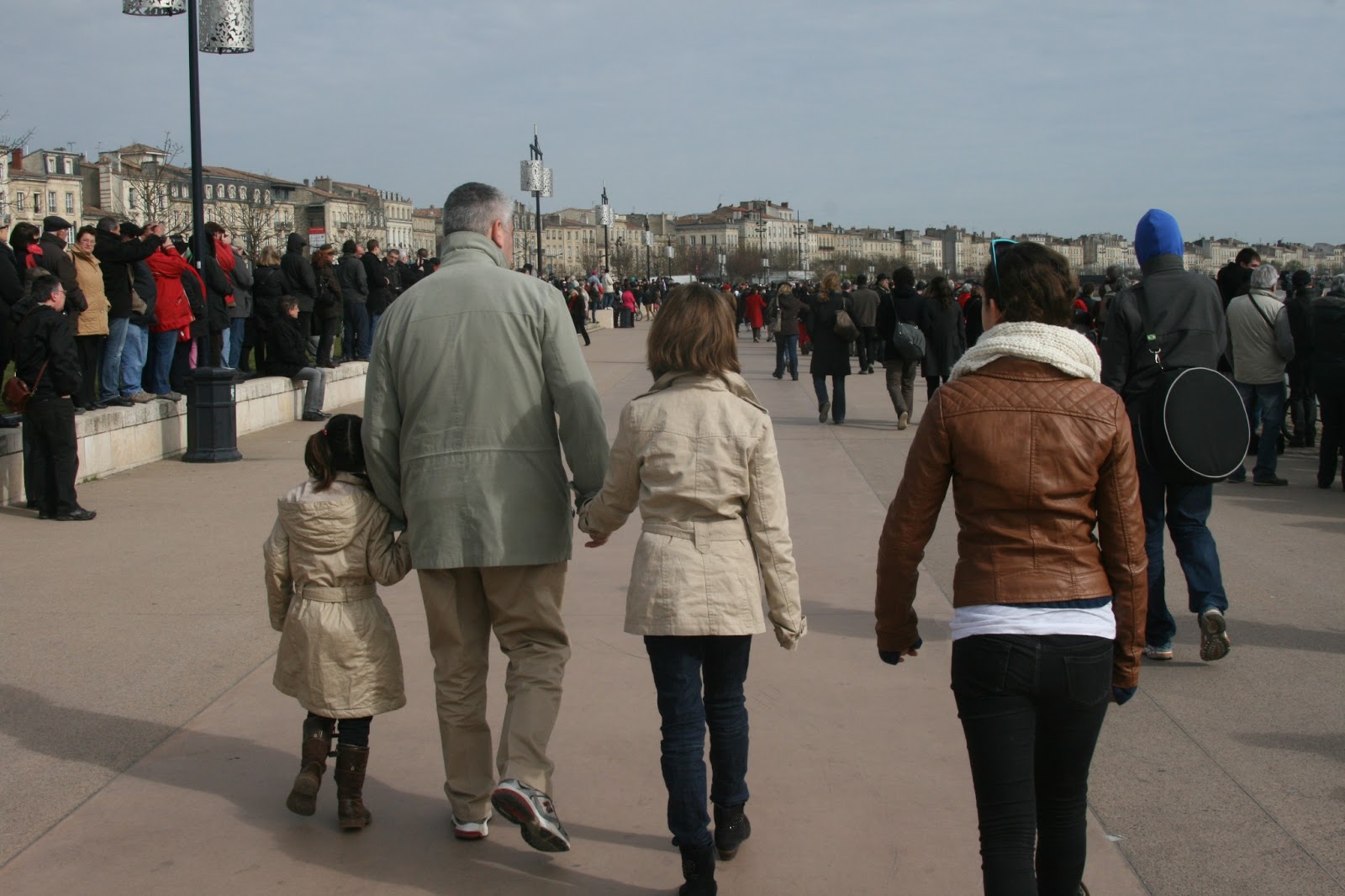 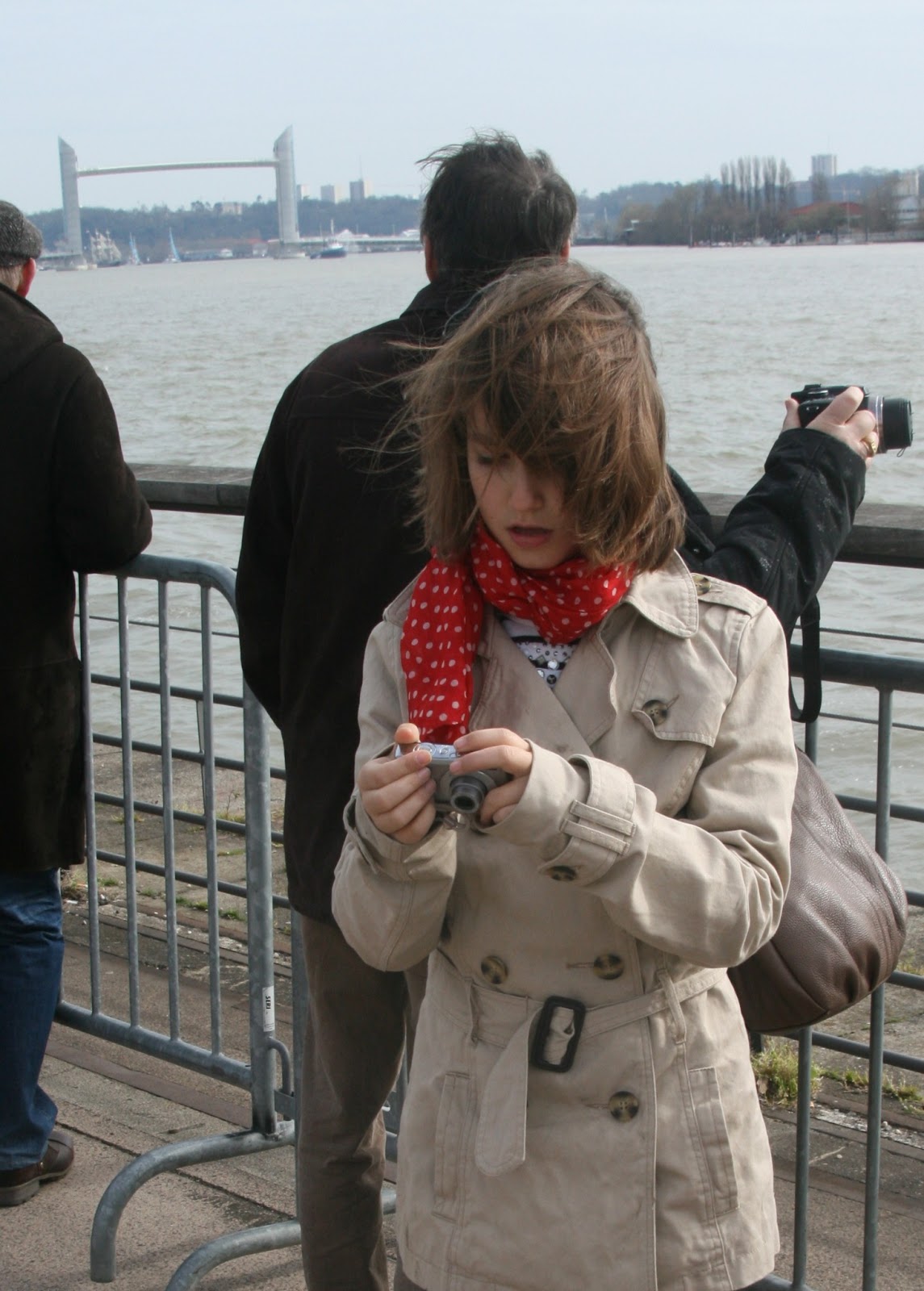 This past weekend was a great celebration in the city – it started with fireworks on Friday evening and then the official ribbon cutting on Saturday morning.  Even the President of France, Francois Hollande arrived for this joyous occasion and joined in the celebration.  We, along with I think the rest of Bordeaux, headed down to the river to watch this ceremony.  They closed trams and buses close to the site, so one had to get off downtown at Quinconces and walk.  Both sides of the river were packed with people to watch the nautical parade of several different kinds of boats, along with the tall Ship, Belem which sailed down from La Rochelle for the event. 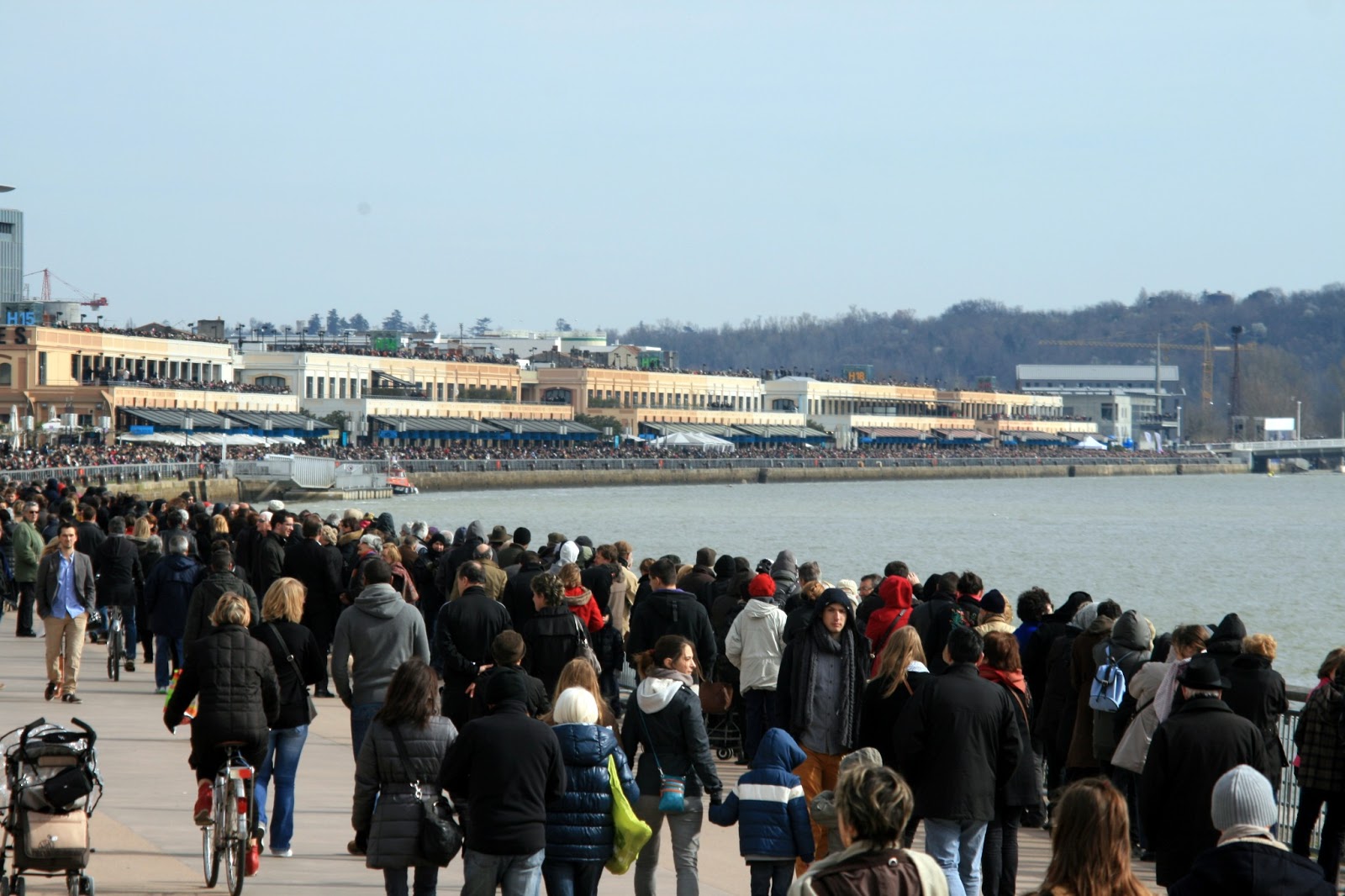 The quai was so packed that it was impossible to get down to the opening ceremony of the bridge near Cap Science to get a good viewing of the ribbon cutting.   After the ceremony, the nautical parade started from under the bridge and sailed toward the historic port.  The bridge was then lowered and the President and other officials took the first walk across this beautiful structure. 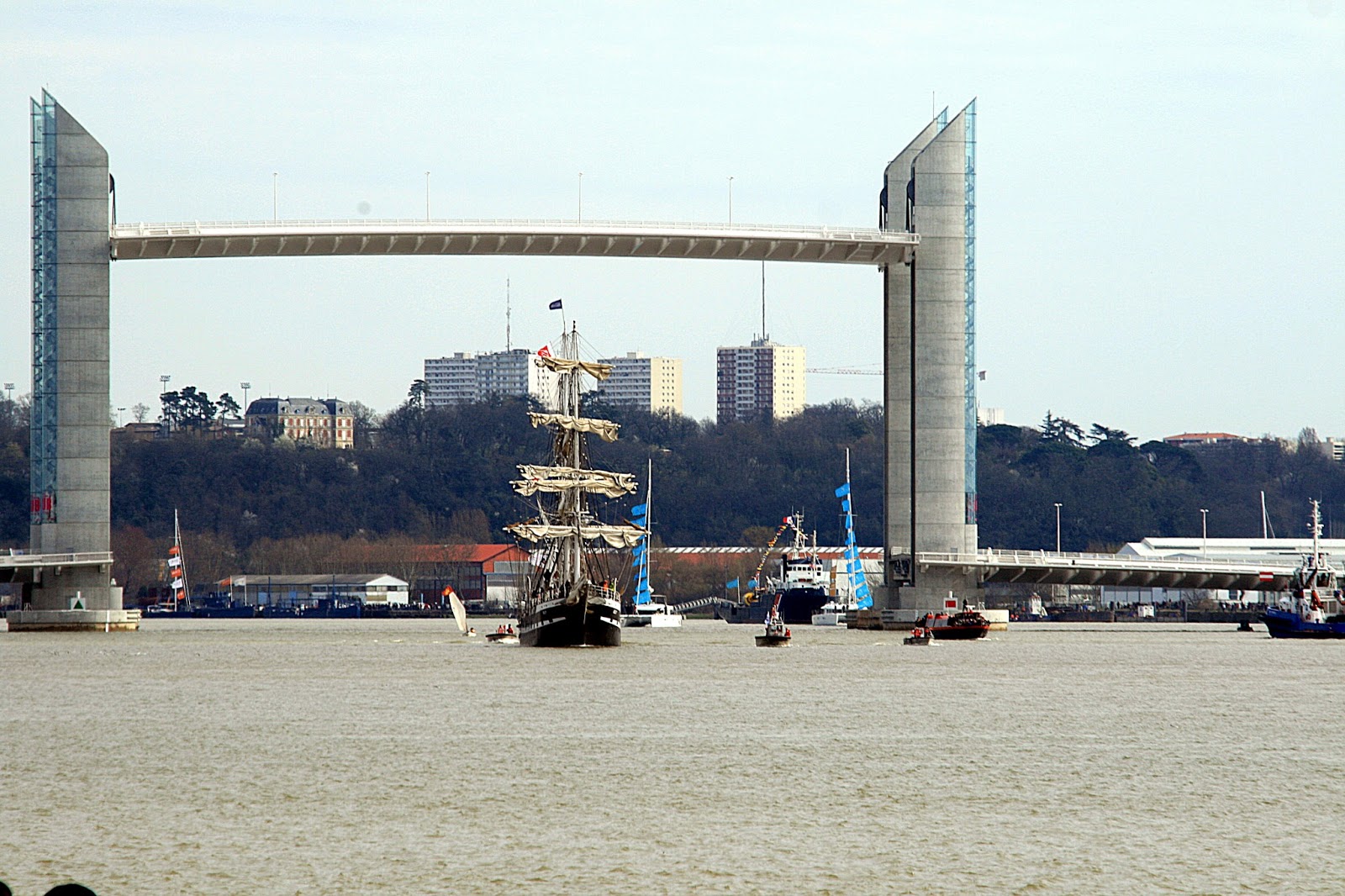 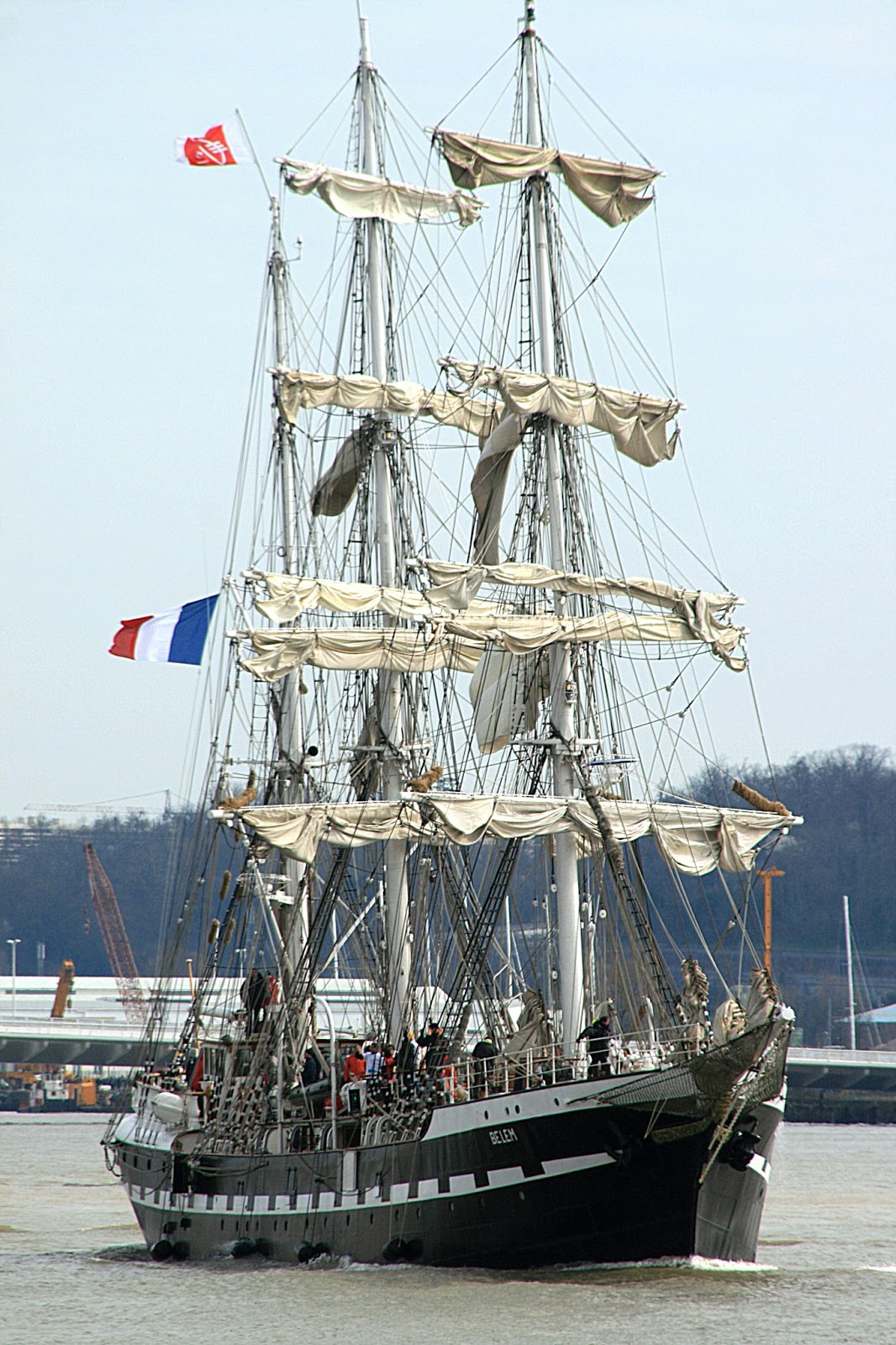 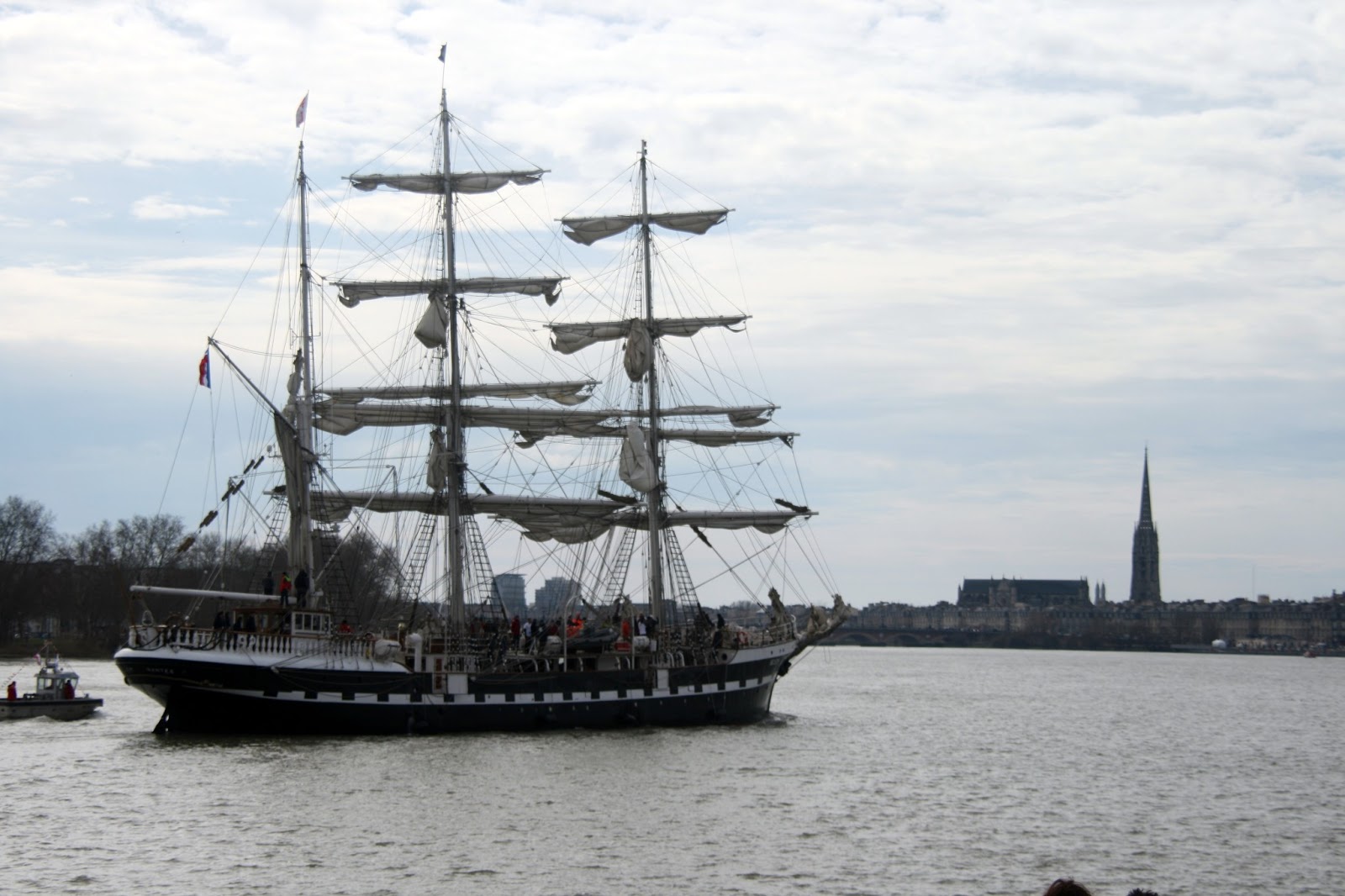 Even though we didn’t get to officially see President Hollande, which was my oldest daughter’s wish…it was really interesting to be there and share in such a joyous event for the city.  According the radio and twitter reports, the celebration continued all weekend – allowing pedestrians to walk across the bridge and enjoy such treats as free chocolatines and croissants and even souvenir rubber bracelets to commomerate the event.  (We didn’t make it all the way to the bridge, too long of a walk for a 5 year old…but if I knew all of this was going on we might have headed back on Sunday)  The bridge officially opened up for traffic on Monday morning. 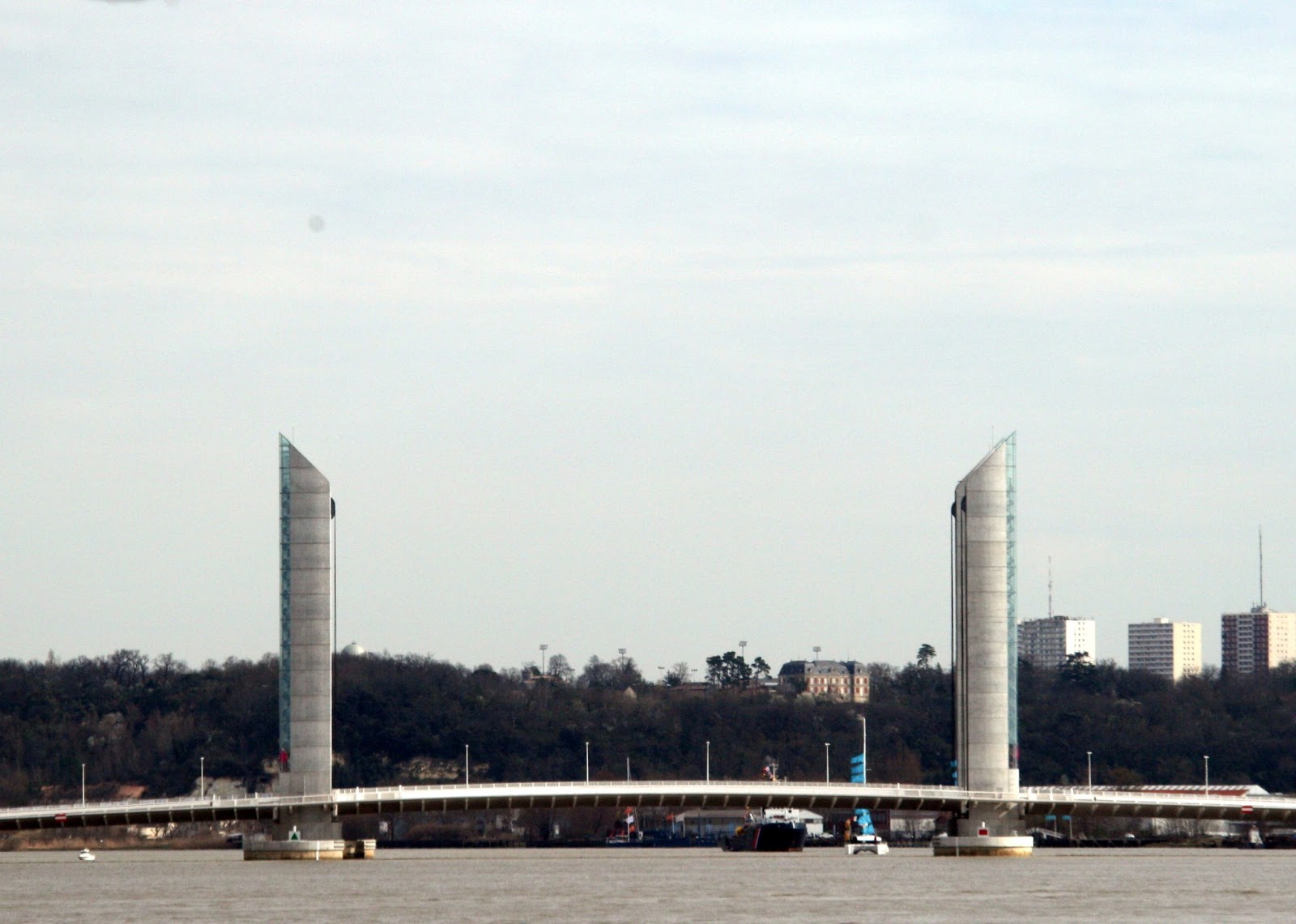 This might be the closest we will come to see the French president in person – nice to be able to say we were there.  I think we will remember this event for a while.

And what does one do after a morning like that? 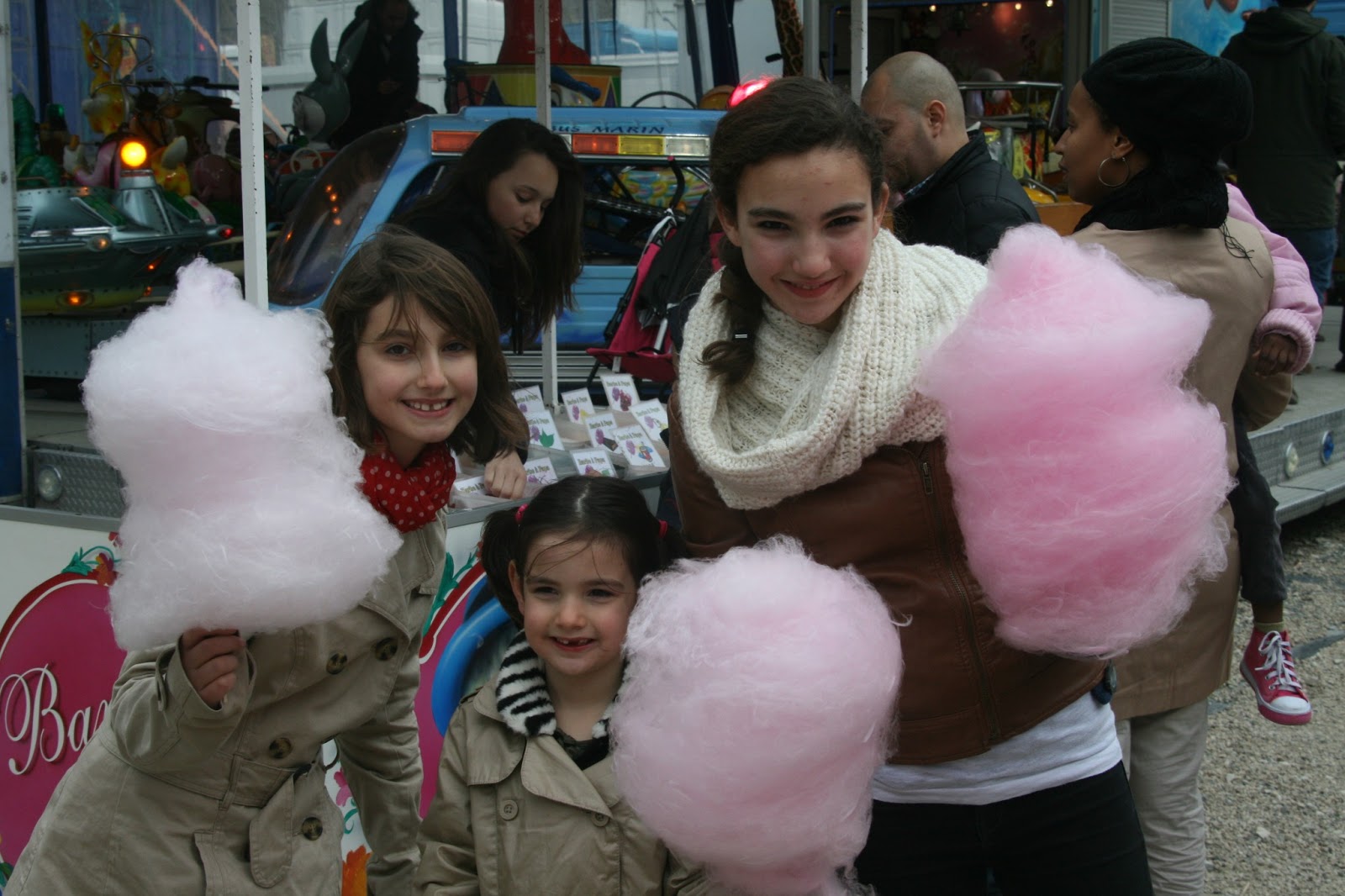 Enjoy the carnival in downtown! 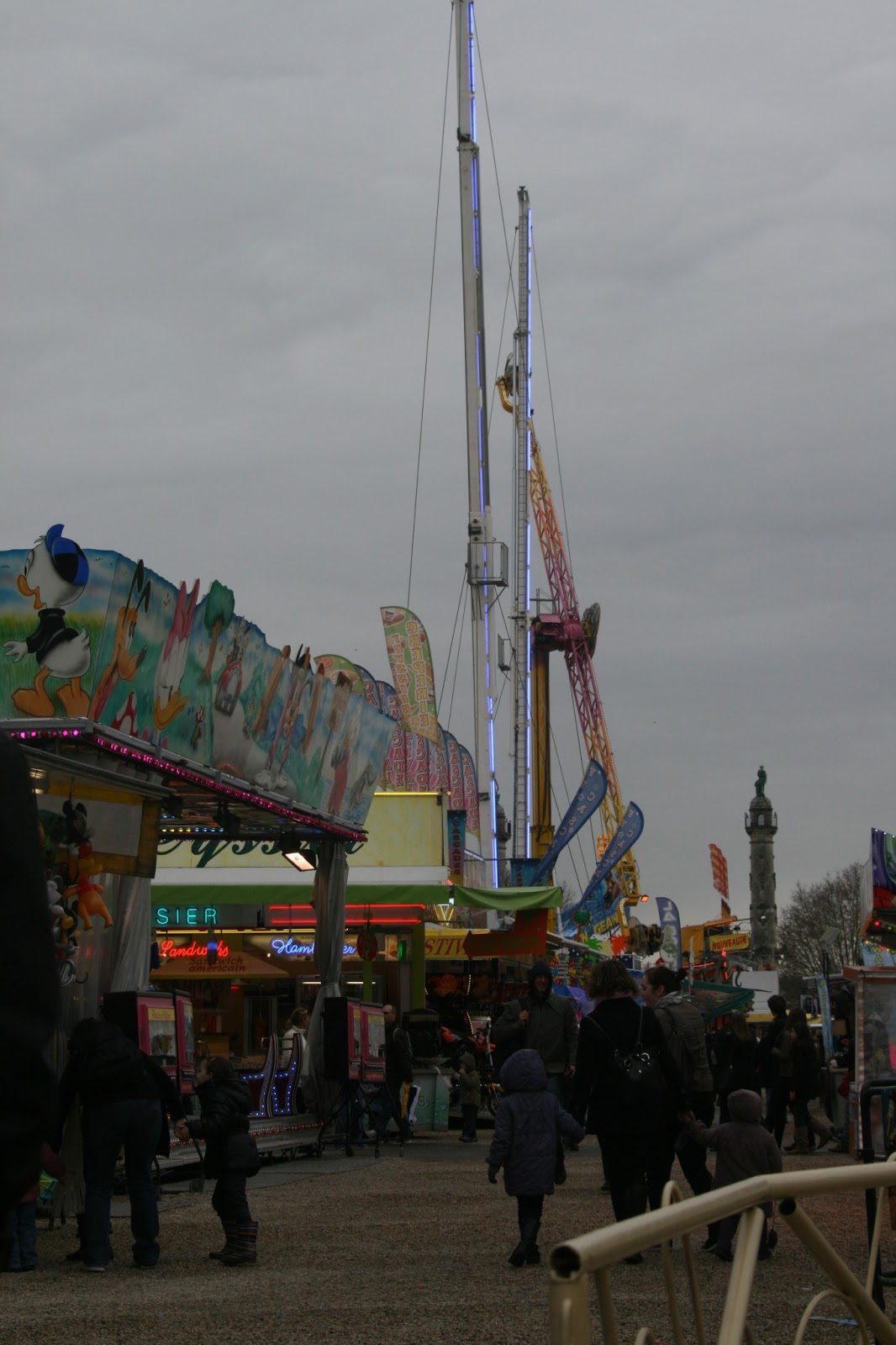 Posted by American Mom in Bordeaux at 9:30 AM