Who's really riding in that bus....L'equipe de Football (Soccer) or Classe de Neige?

Being famous for a minute!

I wanted to write a quick post this morning about a funny story that happenned yesterday.  My middle daughter returned from her week-long Classe de Neige (Snow class) last night.  I will do another post and photos about this very fun & great experience shortly.

We received nightly emails from the teacher & even a couple emails from our daughter. The week passed quickly and I knew she was having a wonderful time.  We, at the same time, were very excited to see her again.   All the parents gathered at the school at 6 pm and we waited for the arrival of their bus.  It's always such a touching moment to wait for your child to return home after being away for a little while.  The following is a photo of the the bus they left on...(photo courtesy of another parent).  Typical tour bus chartered to take the students on their ski trip to the Pyrenees Mountains. 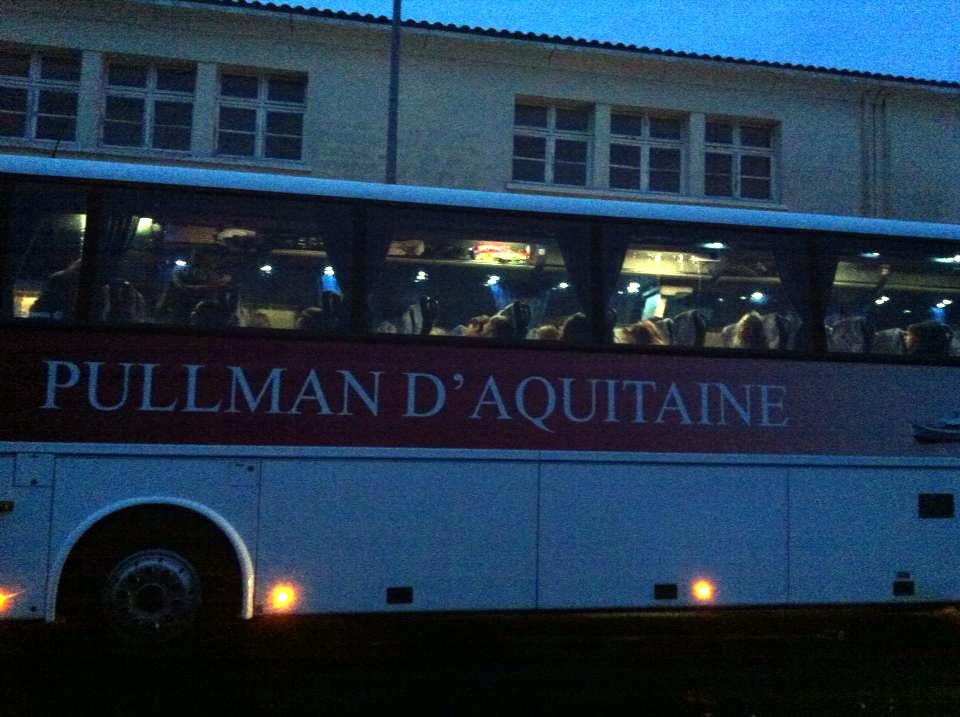 And as we were waiting....This is the bus that pulls up to the school.  Now, for the French who are reading this, you may recognize the team.  This is one of the official buses that the Bordeaux l'equipe de football (soccer) uses to travel.  The Girondins are the Football (Soccer) team of Bordeaux.  This is a team that would play the Paris team (which David Beckham plays on).  For Americans, the popularity of Soccer in France is equivalent to the popularity of Baseball or Football in the States.  So imagine a Boston Red Sox team bus, Cincinnati Reds team bus, Buffalo Bills team bus, or NY Yankees team bus.  You get my point, it's a pretty big deal. 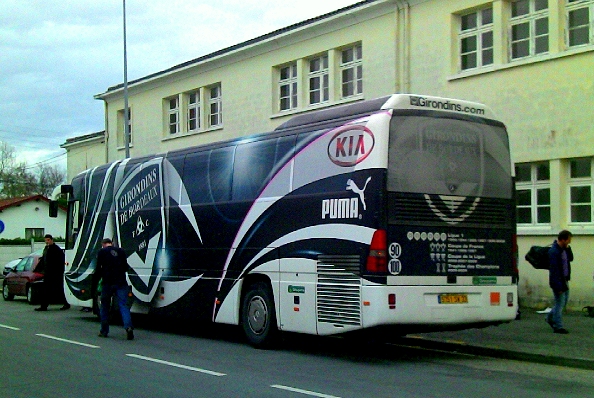 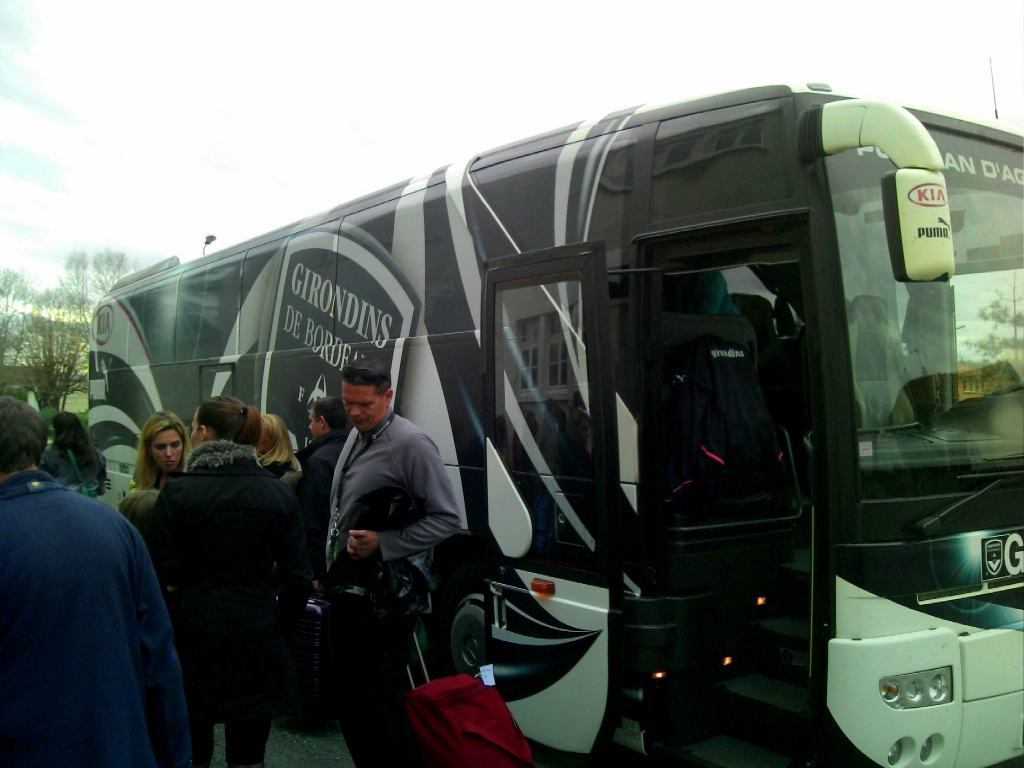 .and out pops all of our kids!! 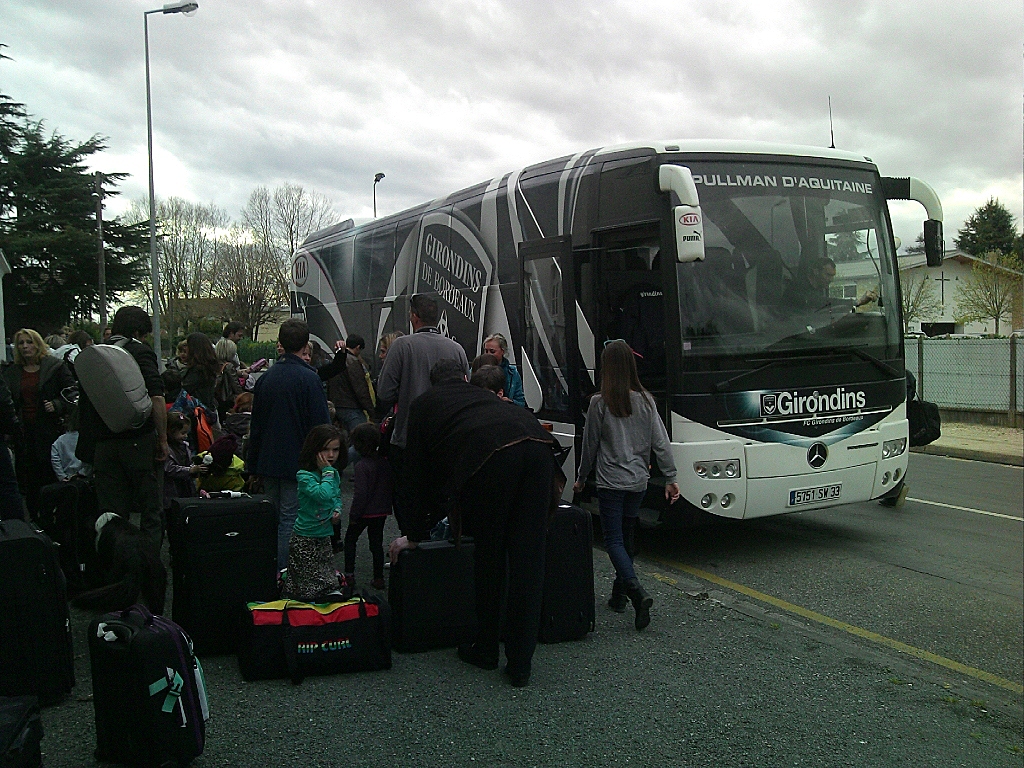 The kids were so excited that they got to ride on one for the customized buses for the Girondins.  According to my daughter, the whole back end of the bus was sectionals and a living room area to relax.  Now, I' m not quite sure exactly why they got this bus, other than it's the same bus company who provides transportation.  The kids were thrilled.  I think the first thing my daughter said to us (after the hug) was "Do you see that bus! Isn't it cool?  Mom, do you know who rides in that bus?"

My daughter continued to explain that during the ride, on-lookers would honk, and take photos of the bus assuming it was the famous soccer team!  When they stopped at a rest stop, the kids again watched people "oo & ah" about the bus,  & take more photos.  Not too bad when your in 3rd grade!! 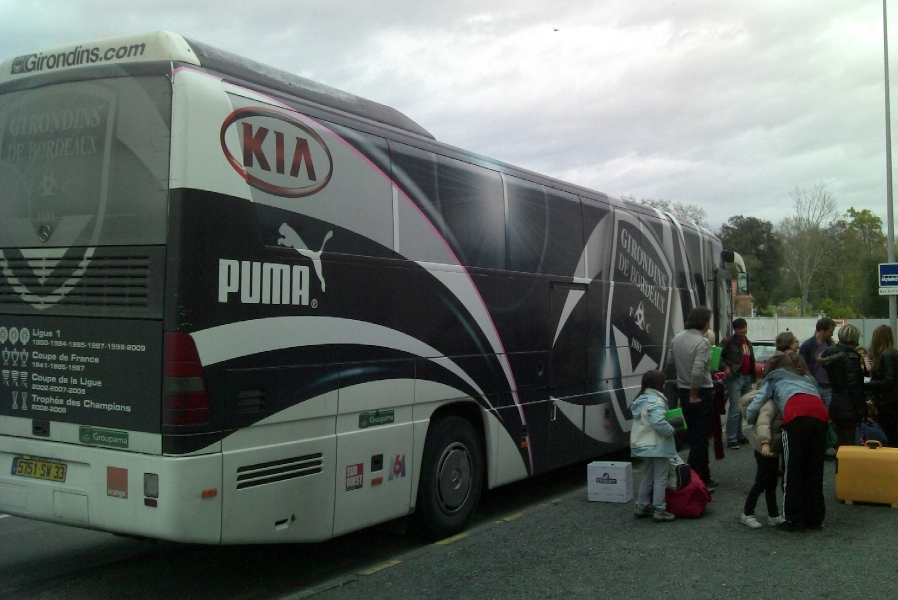 The bus experience was definitely a bonus highlight of the trip.  I guess we could call it one of their 5 minutes of fame in life - even though it actually lasted the 4 hour bus trip.  So here is my "famous" happy daughter with my husband - Very excited to have had such a great trip, but also thrilled to be back home. 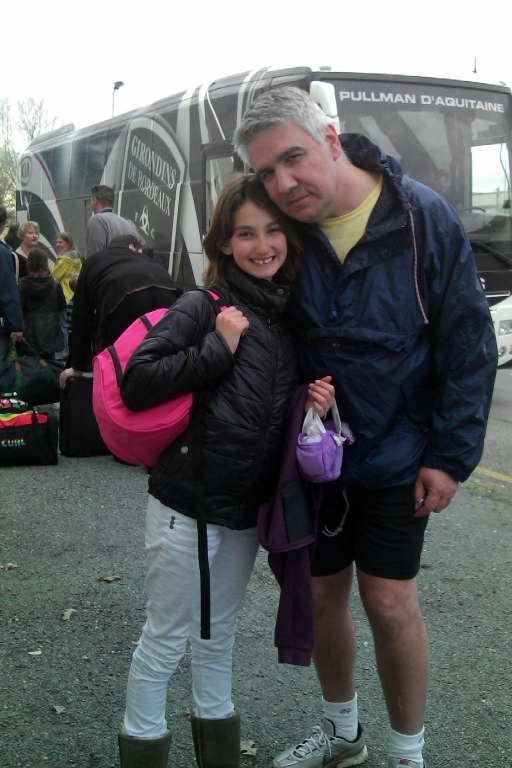 Posted by American Mom in Bordeaux at 12:19 PM