The new school year has begun!!  On Wednesday the girls went back to school for the 2014-15 school year.  Hard to believe that I have a daughter in 4eme/8th grade, CM2/5th grade & my youngest is in CE1/2nd grade.  Time flies and they are definitely growing up quickly.  This year marks are the beginning of our 4th year in France and our 3rd official start.  (Our first year, the girls began in November)
For my oldest daughter, her first week is a bit light - officially starting yesterday for a half day and doing her official first day of classes on Friday. She's got a busy schedule this year as she was accepted into the European Section of English - which means extra advanced English instruction time and her history class also taught in English.  There were 95 students who took the test to get into this section for only 25  places. I'm just happy that he English writing will improve!! (Yes, the American Mom in me!).  In addition to her regular classes, she also takes Spanish and will begin Italian.

My middle daughter is in her last year in Elementary school.  Like many schools in the US, Middle Schools or Colleges as they are called in France start in 6eme or 6th grade.  She is excited to be the oldest class in her school.  She has made some very nice friends the last few years so was super excited to see them again.  It was very cute to watch the first day of school as theses friends all brought each other some little gifts (small necklaces, lip gloss) which were purchased on travels over the summer.  I looked around an watched several girls exchange gifts with their good friends.  We don't find out teachers until the first day of school and she was happy to be with many of her friends

My youngest daughter began CE1/2nd grade this year.  She's my little spitfire of the family.  Can't you tell by that devilish grin?  She also has an October birthday so is one of the younger students in her class.  (In France-Class grades go by birth year -So all the students born in 2007 are together.)  Being on the younger side has meant that settling into school for her last year took some time.  Her curiosity of school is strong but her attention to task has taken some work.  She is also a child with lots of energy.  French schools are very tradition in the manner of having to sit at a desk and do seat work.  We were lucky last year that she had a super understanding teacher, but the reality was it took time for her to settle into routine and rhythm.  She's bright and although was not reading at the beginning of last year, but the end she was zooming through!

This year to my surprise she was placed in a combination CE1/CE2 class.  This is not unusual in our school as it's fairly small and they have about a class and a half of each year.  My middle daughter was actually in CM1/CM2 last year and it worked really well.  Reading and Math are taught separately, but Social Studies and Science are combined.  The social studies and science curriculum in France now runs on a 2 year rotation of topics which works great for combined classes, allowing a teacher to teach with more ease.


The fun was had last week picking up all the school supplies!!  In France the supply lists are very specific and often long.  My youngest needed a newer school bag as last year we recycled one of her sister's (so it was new to her, but still in great condition).  She went very French this year as you can see in the photo above!  By the way, in addition to being my spitfire, she is an individual with her own tastes!  It took 4 stores before she found a bag she liked!  I have to say "Thank you" to a French friend of mine who recommended a great little store in the next town over...we walked in and she liked several! 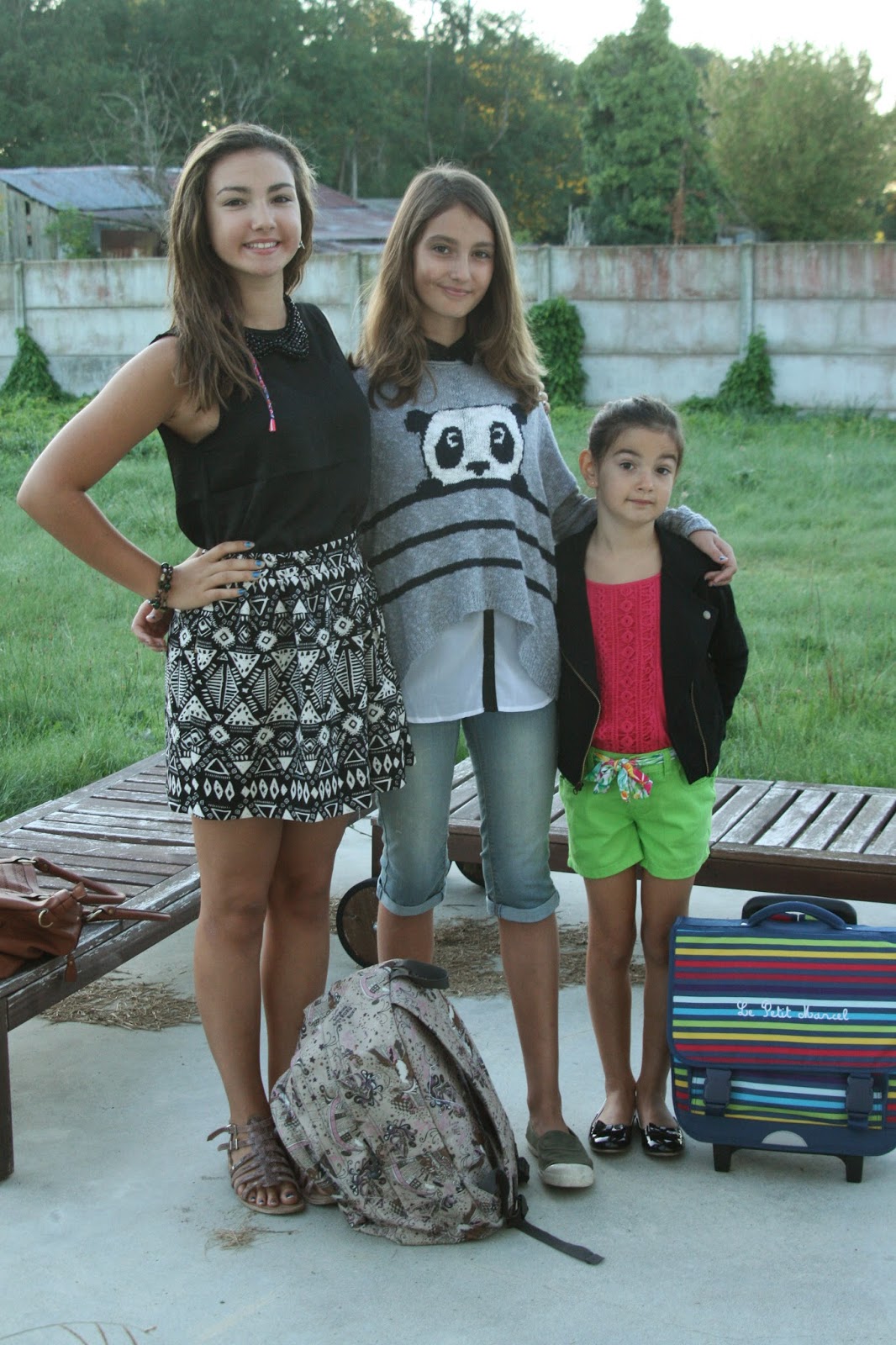 In addition to school starting - All the kids activities are beginning too.  This year only my oldest will continue dance - a class of  Ballet and a class of modern jazz.  In addition, she will also continue Synchronized Swimming - moving up to the next level.  The nice part is she will essentially be with the same girls as last year - nice team spirit!!

My middle daughter has decided to try horseback riding.  She is my animal lover and has asked for the past couple years to start riding.  We were thrilled to figure out how to make it work this year.  So yesterday she started.  She had a great time.  She's only really ridden a couple times and this was her first time really controlling the horse herself.


This seems like a great small stable and the girls are learning not just how to ride, but how to take care of the horses too.  She went early to help feed the horses and after she clean up the stalls and groomed the horse she rode. Even though she looks serious in the photo, she couldn't stop talking about it all evening!

Finally, my youngest will be continuing tennis and swimming.  Three girls, three interests and three personalities!!

The Rentree for us as a family also means returning to work and on top of everything - a move across town later this month.  So September will be busy.

So here's wishing everyone a wonderful Back to School or Back to Work!!
Posted by American Mom in Bordeaux at 10:47 AM