The blog has been a bit quiet lately....and here is why!!  I have spent the last few weeks juggling La Rentree, sorting out kid's activities, working part time and PACKING!!  We have known for the past year that we needed to move out of our former house and even though, it took a bit of time to find the right place, in the right location, staying in budget...I found it in late August!

It was important that the kids could stay at the same schools and also I really like our town.  It's a great suburb of Bordeaux, offering many services and activities, but at the same time quick, easy access into the city!

I have spent the last few weeks organizing, sorting and packing.  I would have liked more time to sort through and get rid of certain things, but the important thing was to be ready for the movers. We didn't move too far, just across town a mere 5 Km.  Local moves can be both good and bad!  Good that you can slowly bring certain items over to the new house & bad that it's real easy to be a bit lazy in packing everything at once!  I also didn't have the time to get rid of as much as I would have liked, but I figure we can do that as we unpack!

For the past month, we were able to get into the new house and that was great for setting up things ahead of time a bit.  The girls and I painted their bedrooms and decided how the furniture was going to fit,..and packed, and packed our stuff!!

This past Wednesday the day finally arrived - La Demanagement (as they say in French), the movers arrived a bit early (but that was a great thing!) and hauled out the boxes and furniture...

Have I said how much I HATE MOVING! That feeling that you don't know where anything is, those items that you knew you packed, but they are not in the box you thought, how much to pack ahead etc.. the stress of it all.  We have moved before, but each time is different and each time new hurdles and challenges.  It was nice that my oldest is old enough now to pack herself and she wanted to do that.  I assisted the younger girls, but they also were invested in knowing where their stuff was. 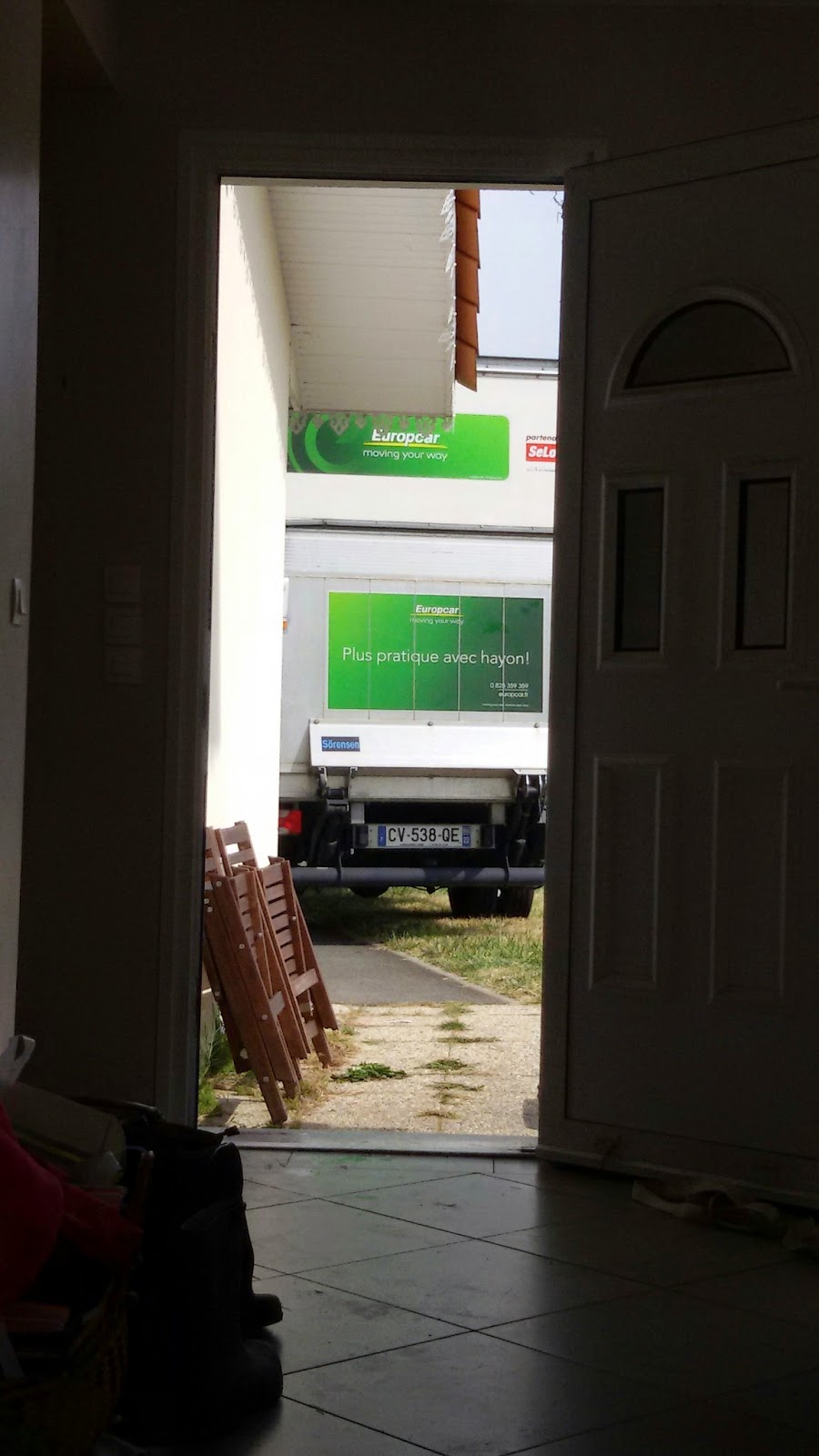 The team of 4 men backed right up to the door and began their work.  I was a little behind as I needed to clean off a few final surfaces, but overall it was smooth and they were efficient.  I even laughed as we have this one shelving unit that stood next to our door and was a "catch all" for all kinds of things (think - junk drawer).  That was the last piece I needed to clear off for them to take. I was just going to through it all into boxes, to sort later.  The head mover had an excellent IDEA - He offered to Shrink-wrap the whole thing, so nothing would fall out and move it as is!!  As tired as I was, that seemed like the best solution in the moment!  So they did....and it made across town perfectly!  My oldest laughed when she saw it in the new house, all wrapped - and said - "Mom, that was a bit lazy of you wasn't it?".  I told her, sometimes it's okay to be lazy! 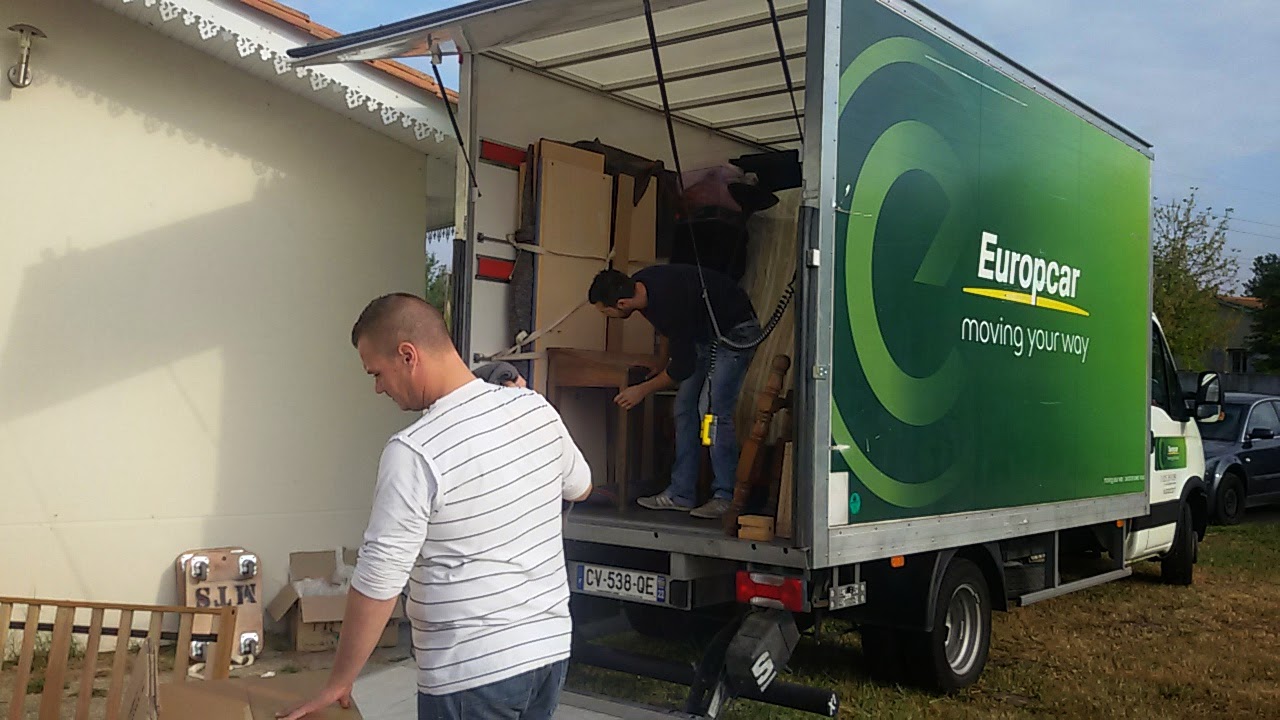 If you  note, the truck is not super large, so it took 2 trips to get all the boxes and furniture across town!....I have to laugh as there is a railroad line that runs right through the center of our town and even though, there are many underpasses to get across, when one has to deal with the height of a moving van - the 5 Km route can double when you move from one side of the tracks to the other as there are only certain routes that can be taken! 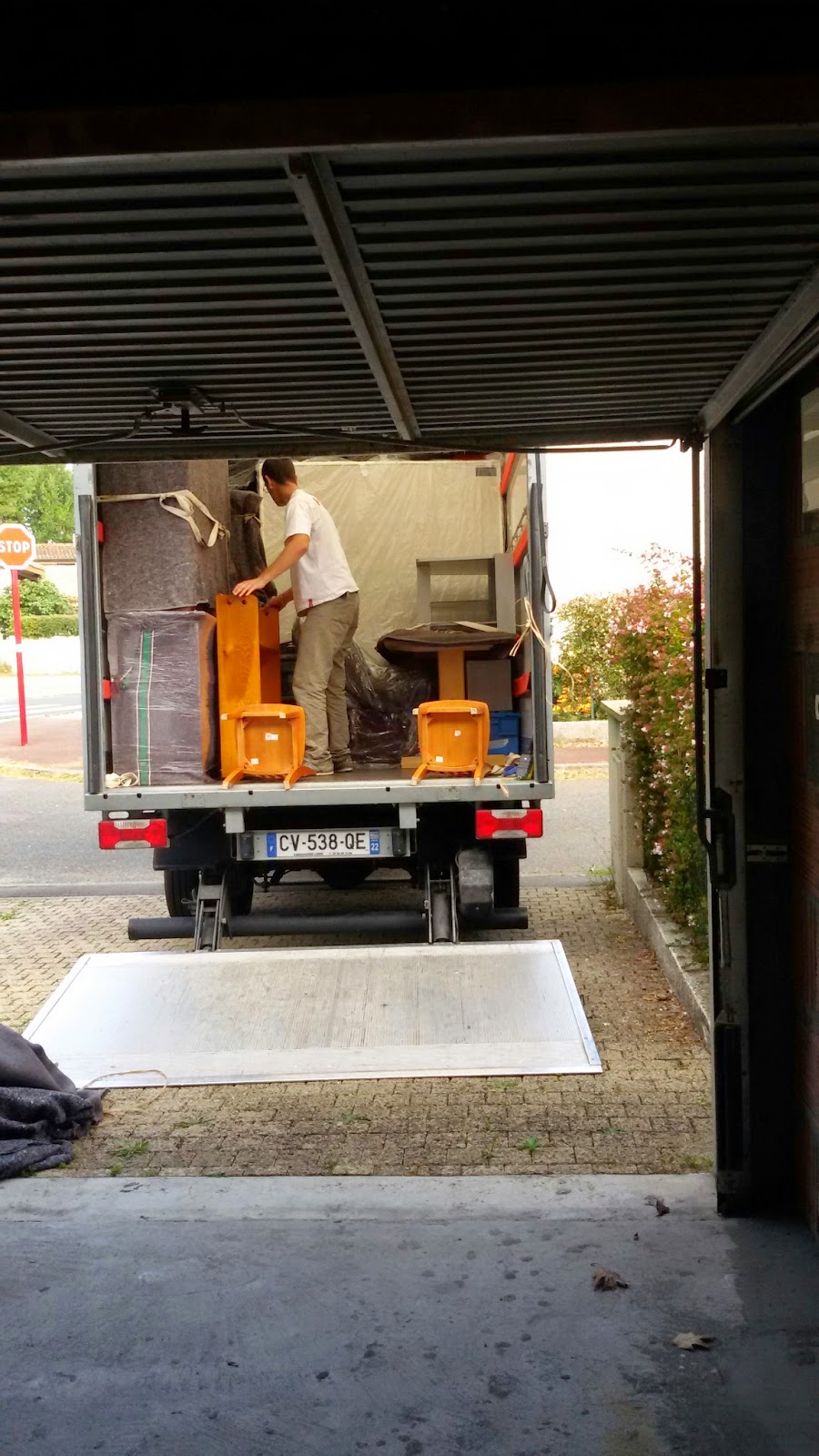 My favorite part of the experience....The movers packed and UNpacked my china/crystal cabinet!  Here it is in the new home, all set up and ready!  A few less boxes for me to unpack! 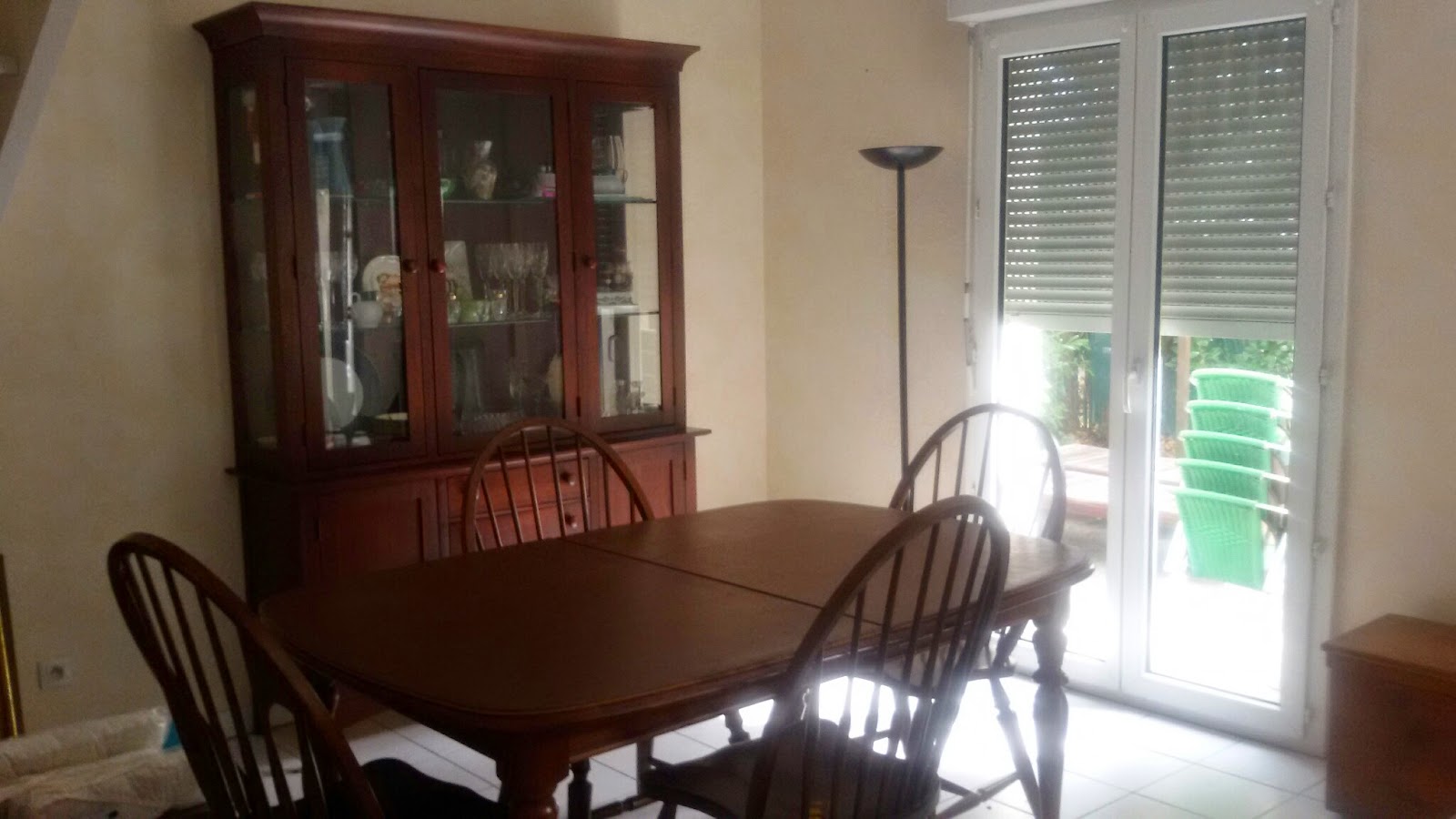 Even though, I'm still waiting for my oven to be installed.  I had to buy one as it's common that most places do not come with appliances.  The last house did come with a stove top and oven but not a refridgerator.  This house has an induction stove top, but no oven.  The new one will be installed on Monday!! 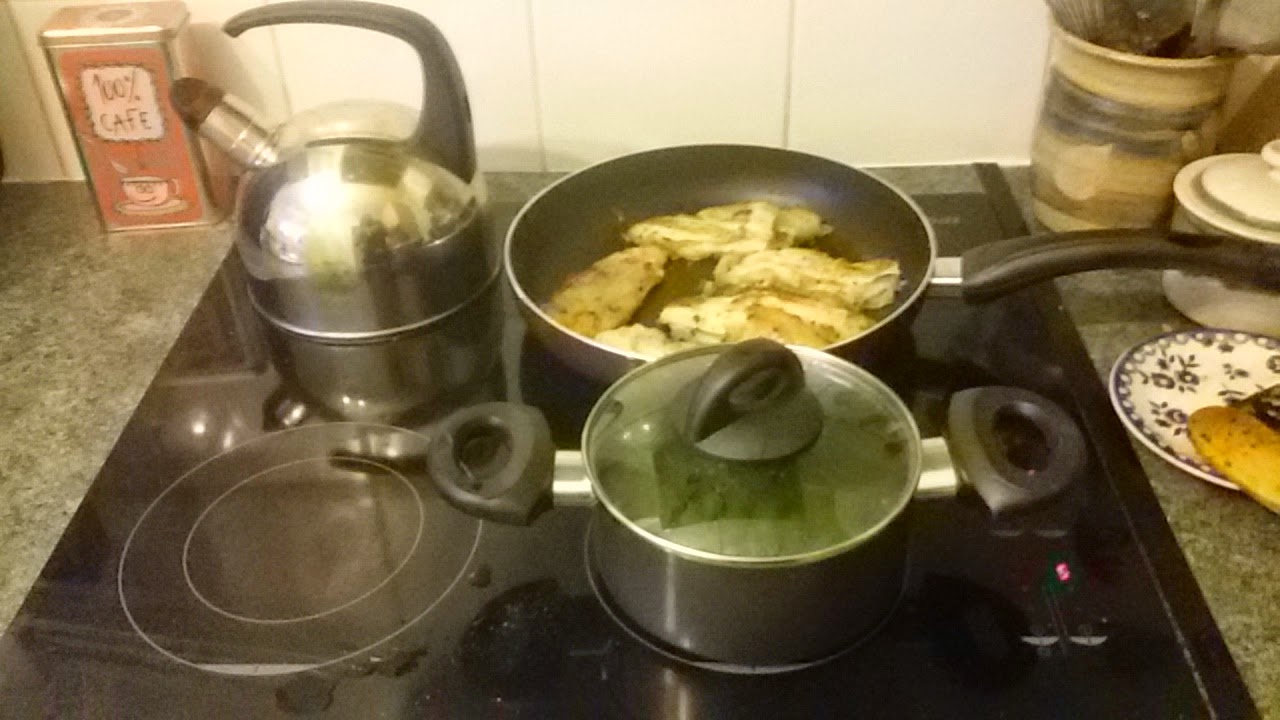 It was really nice to cook our first meal in our new house last night!  There is just something about feeling a bit settled when you know you can cook and eat!!

Next task is to continue to unpack boxes and settle in...but it's  a good feeling to be HOME!!  I'll share an upcoming post about the company we used - they were FABULOUS!  Once we get more settled I will also share photos of our home.  Have a great weekend everyone!!


Posted by American Mom in Bordeaux at 11:42 AM