Ile de Re - Exploring the town of Saint Martin en Re

On one of our final days on Ile de Re, we rode from Loix to the beautiful port town of Saint Martin en Re.  Again, from our location up on the North pennisula of the island this meant about 8-10 Km of bike riding to this bustling harbor town strategically located on the Eastern End of the island.  We headed out via the beautiful always picturesque town of Loix and through the Salt Marshes. 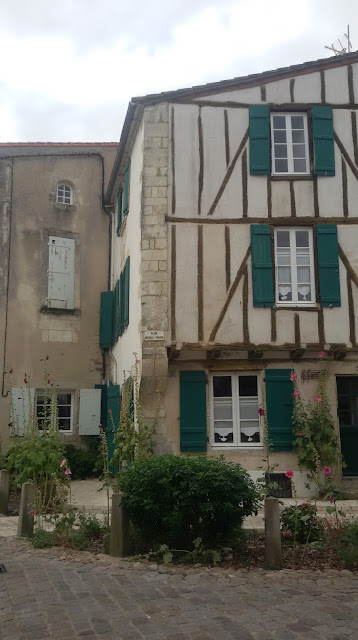 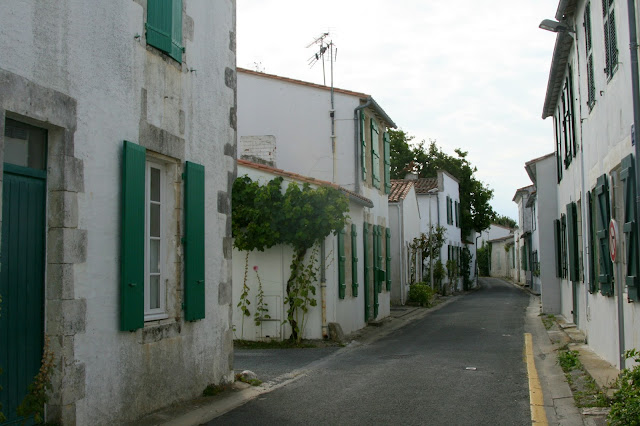 This gave us some beautiful final views of the island and it's stunning salt marshes.  This time we got really lucky to see them raking the salt out of the pockets.  Definitely some hot hard work done by these artisans.  The ride took us out along the Eastern bay of the island.  Just stunning views and the bike paths continued to impress me. 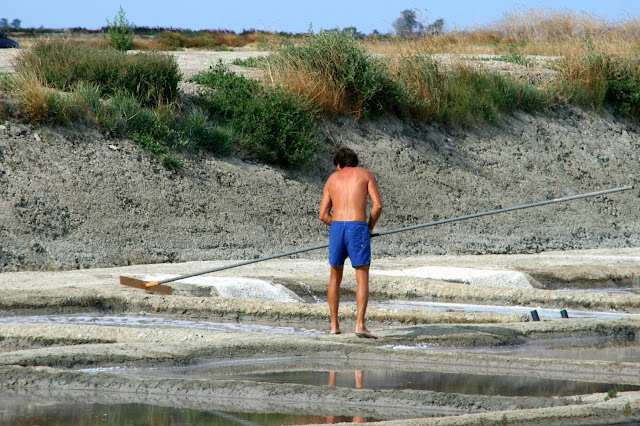 As we headed into Saint Martin en Re, we were met by this beautiful entrance of the fortified town.  I knew in an instant that this stunning solid fortress had to be designed by no one else except - Vauban, Louis XIV's greatest engineer.  It was defintely a bit strange to recognize his work at once - guess I have been studying too much history...and I am very familar with Vauban's works in the Bordeaux area- the Citadelle in Blaye and the now destroyed Chateau Trompette in Bordeaux City Center. 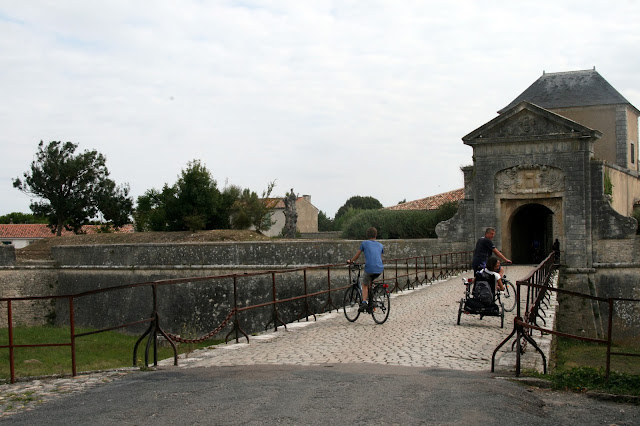 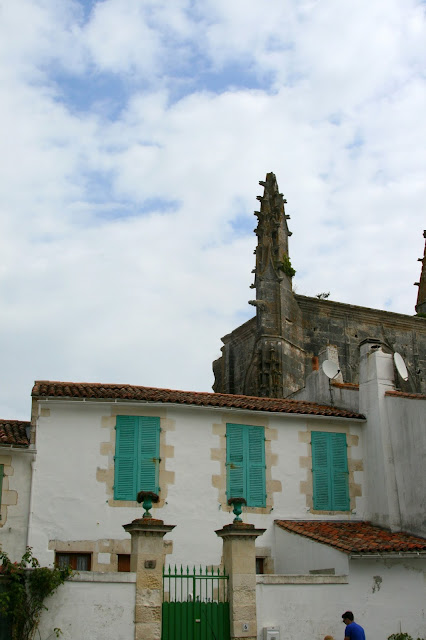 This town has stunning houses, steeped in history, a still bustling port and a quaint harbor full of cafes where fisherman, sailors and tourists can all sit down and enjoy the friendly atomosphere. 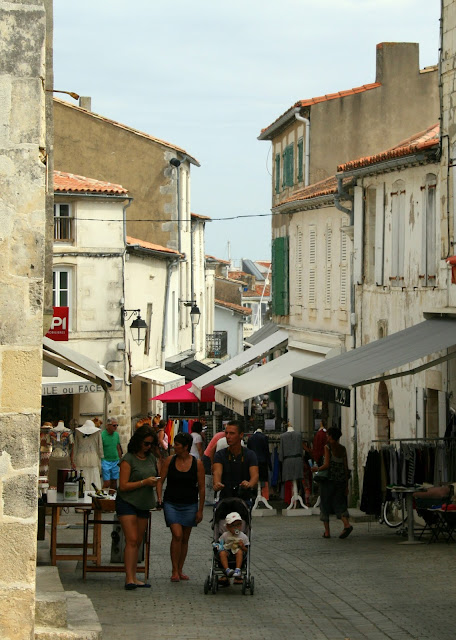 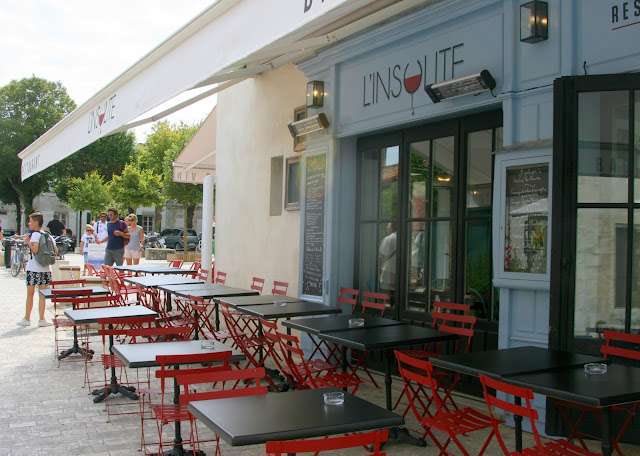 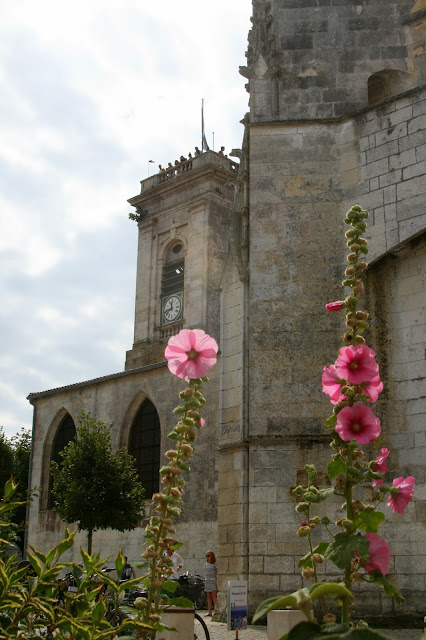 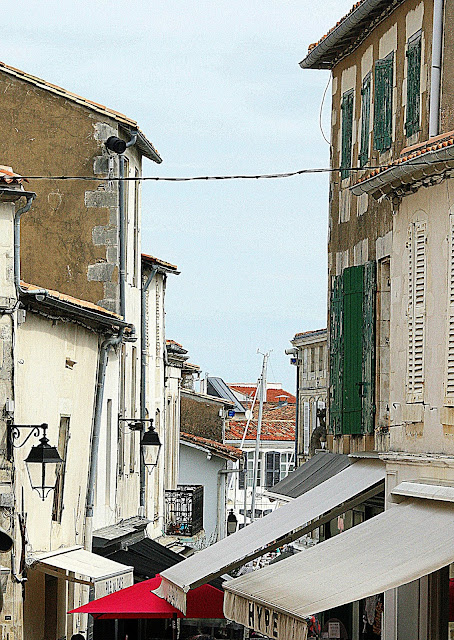 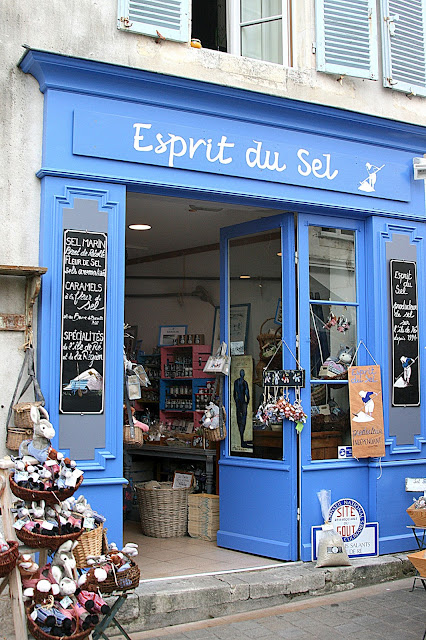 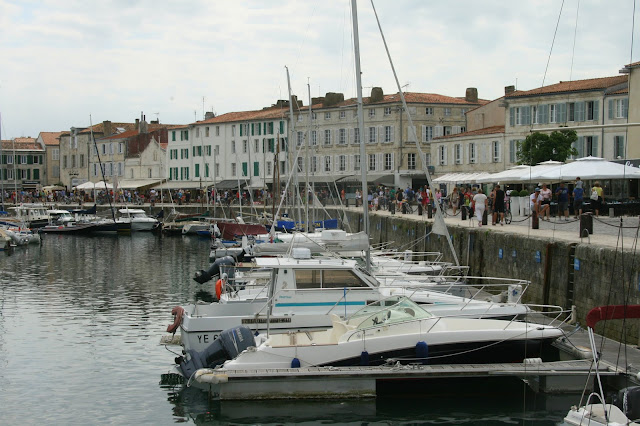 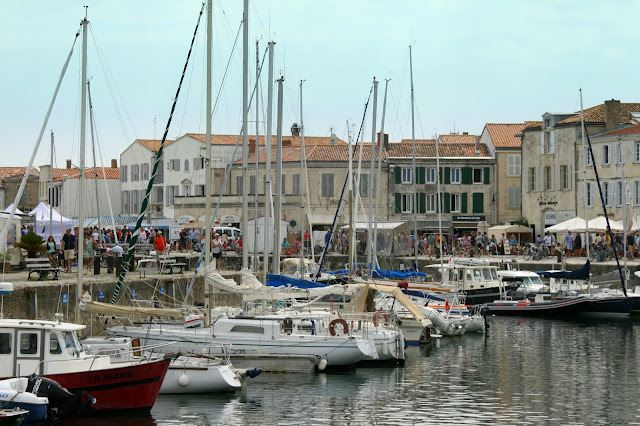 Saint Martin en Re is strategically situated on the Eastern Center part of the island and has historically been the town that has been able to protect the population of the island.  For this reason, the island's citadelle was constucted by Vauban in 1681.  It was constructed in record time of only 5 years and to this day remains one of the best preserved examples of an extensively fortified town and citadelle. 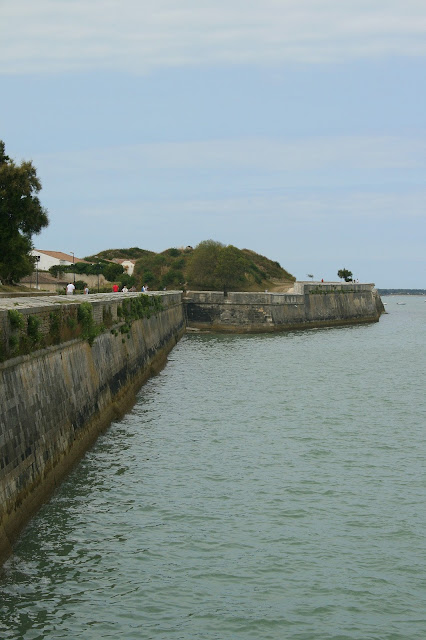 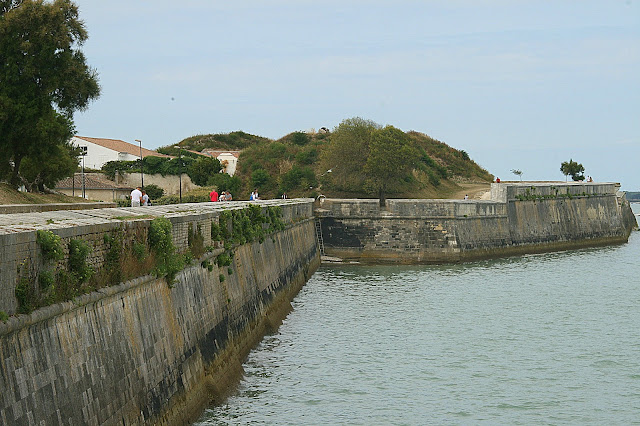 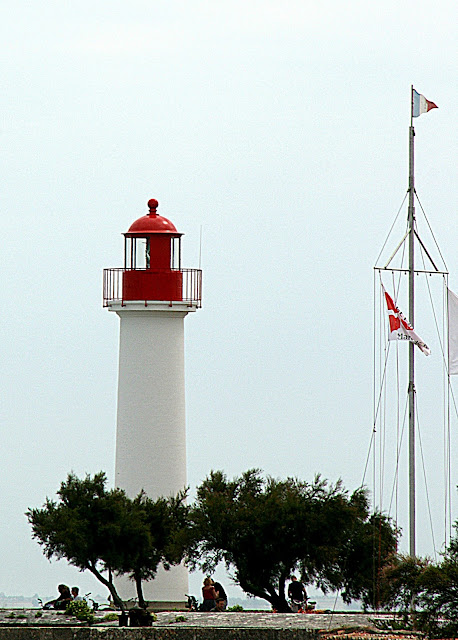 Even the harbor was protected well by these extensive walls and presently has a beautiful lighthouse welcoming ships and boats. 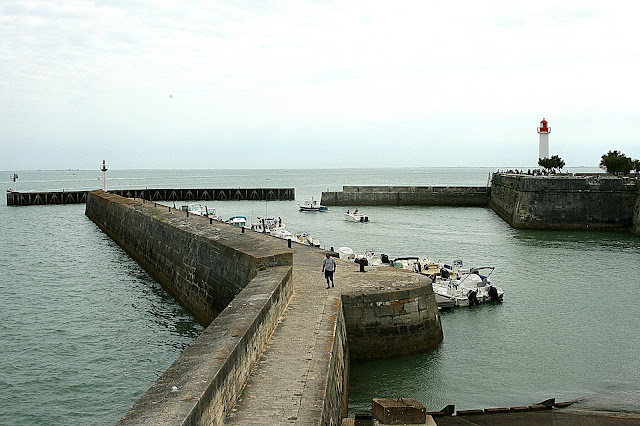 The streets are beautiful, quaint, white and truly feel like a step back in time.  One can really get a sense how throughout history this town has enjoyed being such a busy part of Ile de Re. 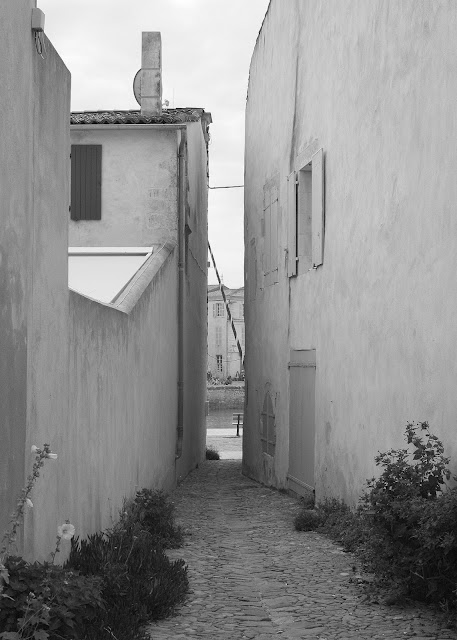 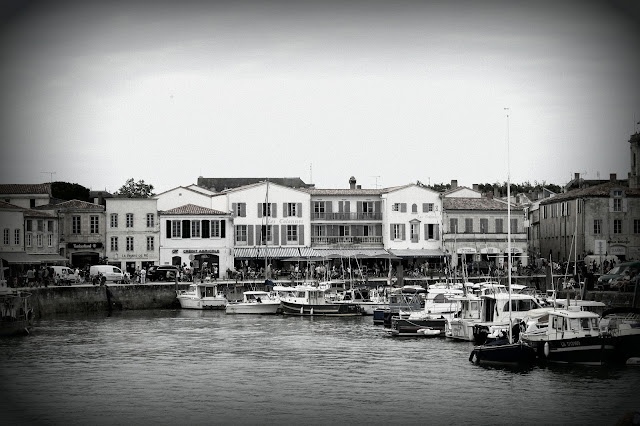 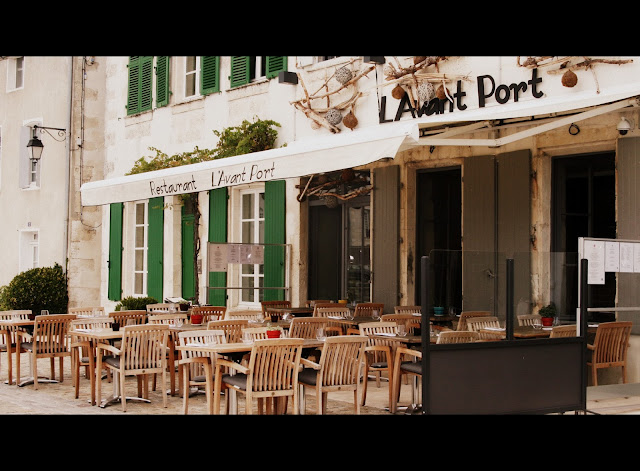 Due to it's old cobblestone paths and roads, and hills down to the harbor, this town is best explored by foot.  One can see by the following photo that most people, like ourselves arrive by bike. 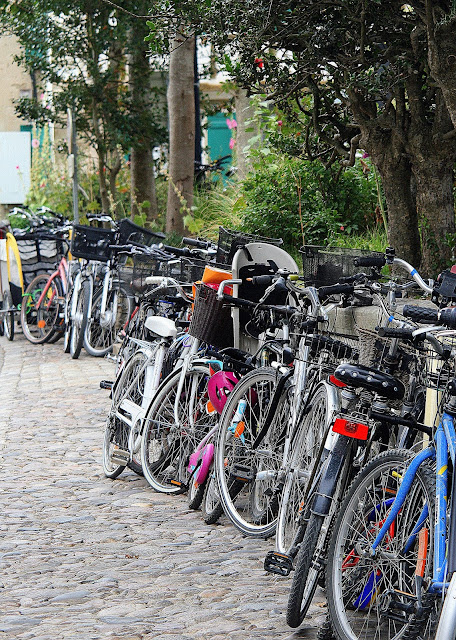 After spending the morning exploring this beautiful town, we headed back to Loix.  The route along the bay was breath-taking and refreshing as there was light breeze coming off the water.  I was also impressed by the small cafes and restaurants that have set up along the bike path.  These provide great places to stop and sample the local seafood (Oysters, bulots, moules) or to just enjoy a refreshing glass of your favorite wine or beer. The ride is flat and easy going and just so enjoyable. 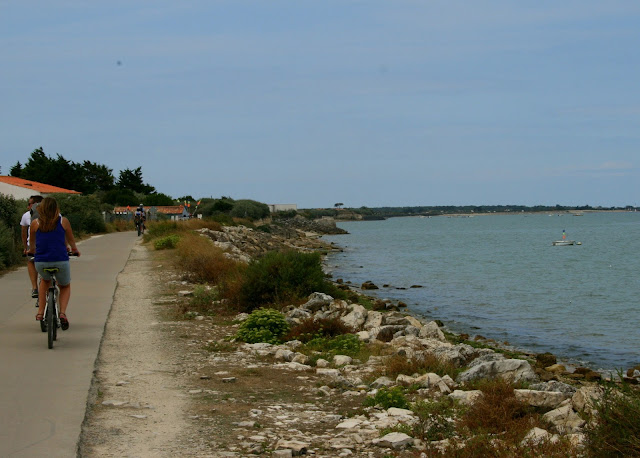 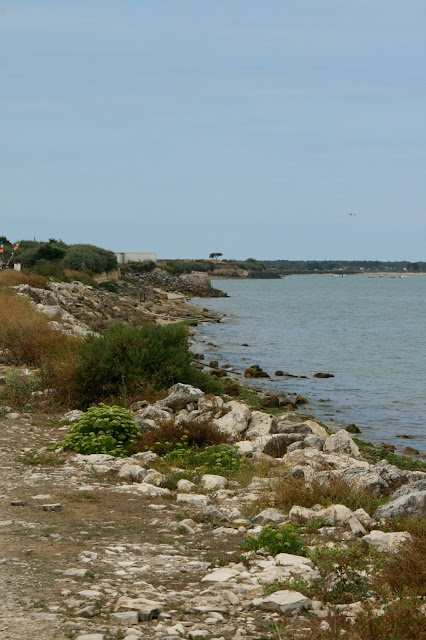 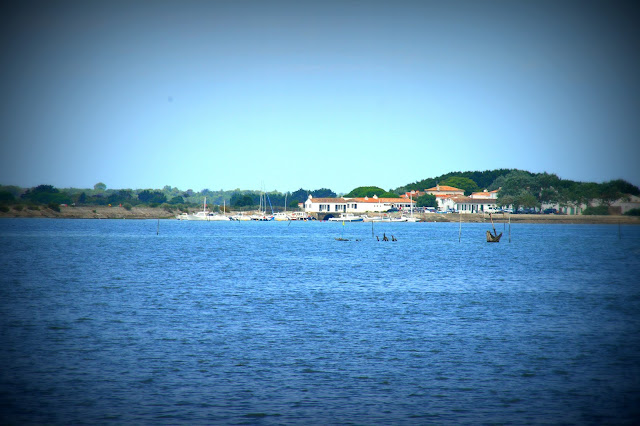 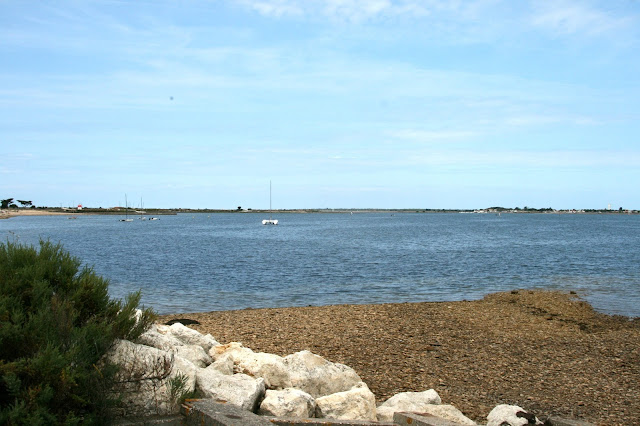 This ride closed our week on Ile de Re.  It is definitely a place I would love to return to and to spend another week exploring and just enjoying the sea air and beautiful scenery.  I think the sunsets are something that I will never forget and the pure bliss of enjoying nature and water together make Ile de Re a new favorite spot for this family!!!

If you didn't already read my previous posts about our week on Ile de Re - Here are the links:

More Ile de Re - Biking and a quaint Village 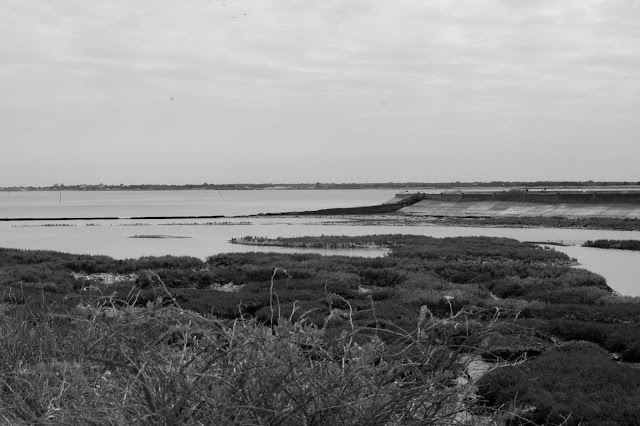 Posted by American Mom in Bordeaux at 8:31 PM