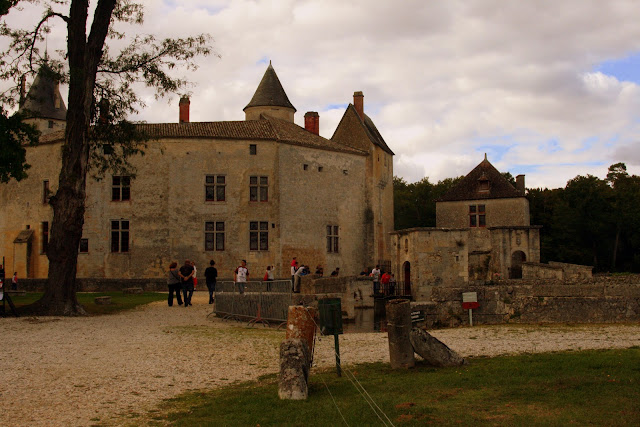 Each year in France, The Office of the Minister of Culture and Communication in France hosts a National weekend celebrating European Heritage. During this event, over 17,000 monuments open their doors with 25,000 festivals planned all over the country. This past weekend marked the 32nd edition of this National event.  It's a wonderful time to visit historic monuments, often for free or at a reduced price. There is so much to do and see, it's hard to know where to start!

We decided to visit Chateau La Brede - Home of the philosopher, Montesquieu, located just outside the small village of La Brede, about 20 minutes Southwest of Bordeaux.  An easy drive out to the country! It's a beautiful estate and has been kept relatively the same since medieval times! 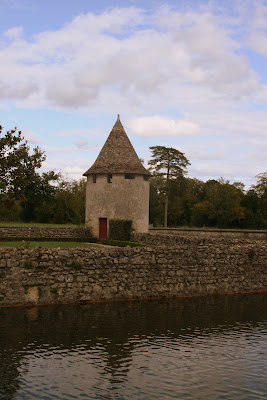 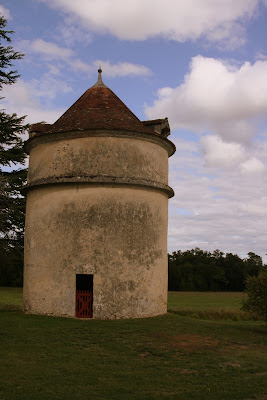 This feudal castle dates back to the middle ages.  It was built in 1306 in Gothic style with a moat and an English garden surrounding the building itself. It is located in the center of a vineyard, which was very important to Montesquieu, himself.  Montesquieu's family owned this property and the philosopher was born, lived and wrote from this place.  He very much enjoyed his vineyard and would spend from March to October here overseeing the wine season. He loved this area as it was truly a "getaway" from the hustle and bustle of the city (both Bordeaux & Paris).  The property was kept by his descendants up until 2004, when it was then bequeathed to a Foundation allowing it to serve as a museum as a remembrance to the famed philosopher. 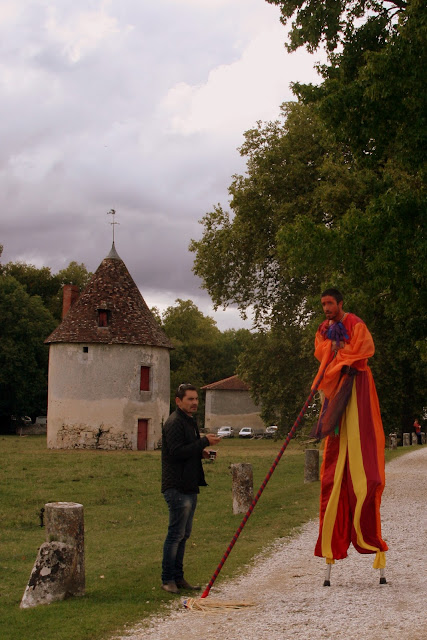 The fun part of going during the Heritage days is that they also had a medieval festival happening on the property.  This festival included entertainers, musicians and people all dressed in period costumes. There were snack to buy, music to enjoy and also a talk/lecture about this property and it's history.  In the evening, they were also putting on a theater event.  All of this for the special heritage weekend! 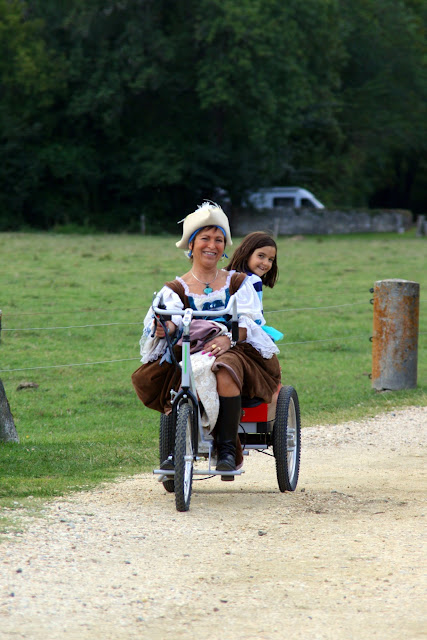 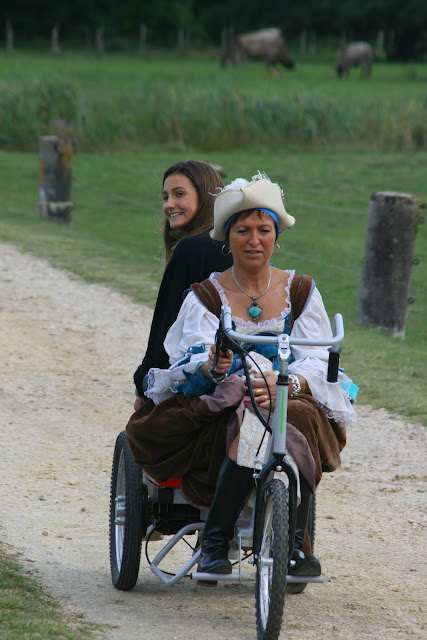 We chose to take the guided tour of the chateau to learn more about Montesquieu and his wonderful home.  There are no photographs allowed inside the chateau, but the tour is very interesting and its fascinating to see the how the building has been updated through the ages. I loved also hearing about Montesquieu himself and additionally of his daughter, Denise and her role as secretary to her father, which was truly modern in that time as it was traditionally a man's role.

Many rooms are still decorated as they were in the times of Montesquieu, but others have been updated to show more modern use from the later family descendants.  Montesquieu loved to travel and often collected souvenirs from places he visited, many of these are still inside. 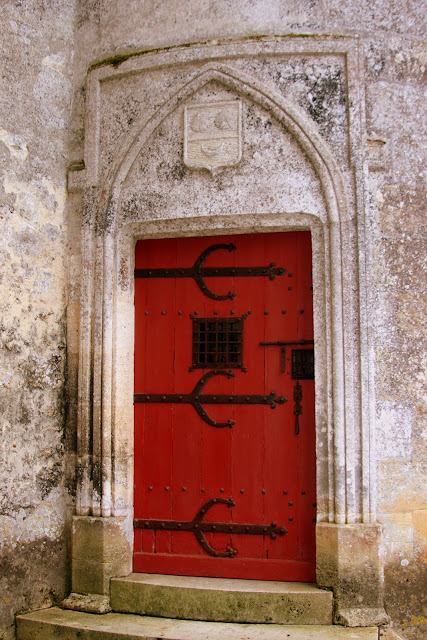 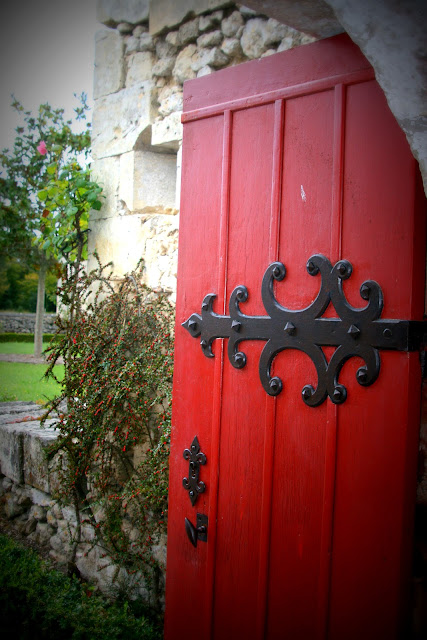 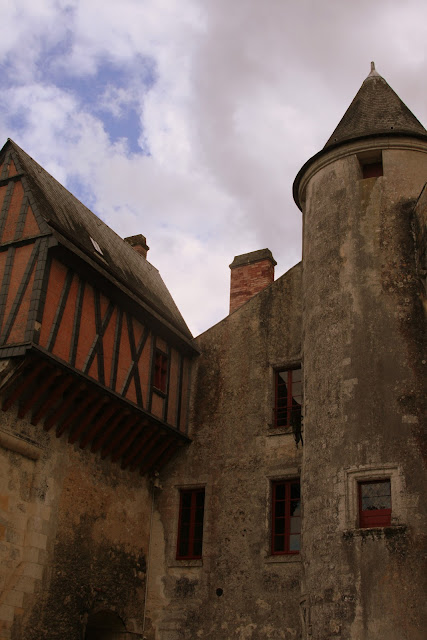 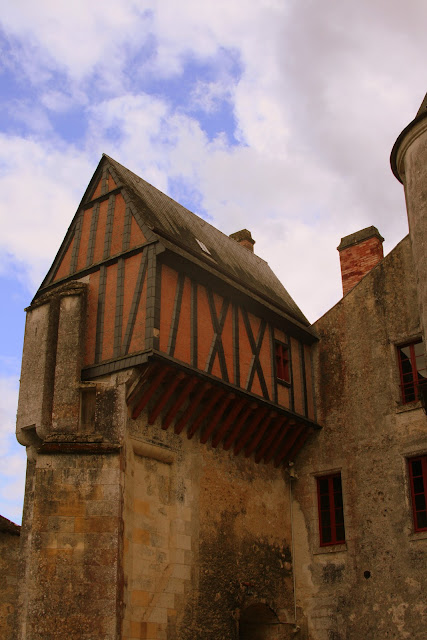 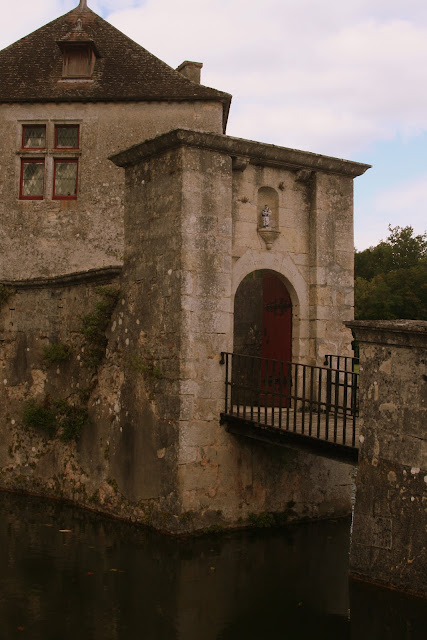 The double entrance across the moat is very fascinating and quite unique as it's all still fully intact.  The girls had fun running around the bridges. The rose below was found in the courtyard just in front of the entrance to the castle. Such a delicate beauty next to the strength of a fortress chateau! 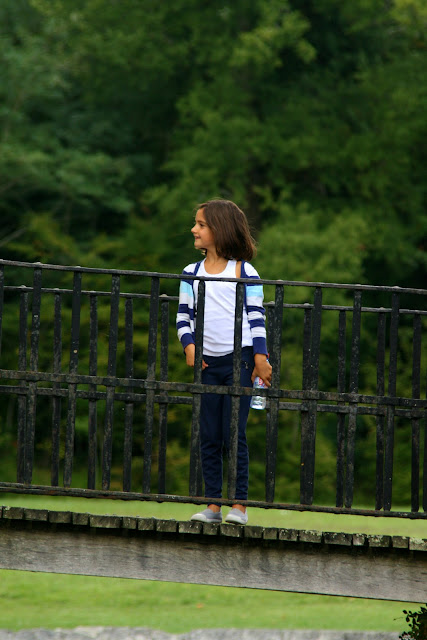 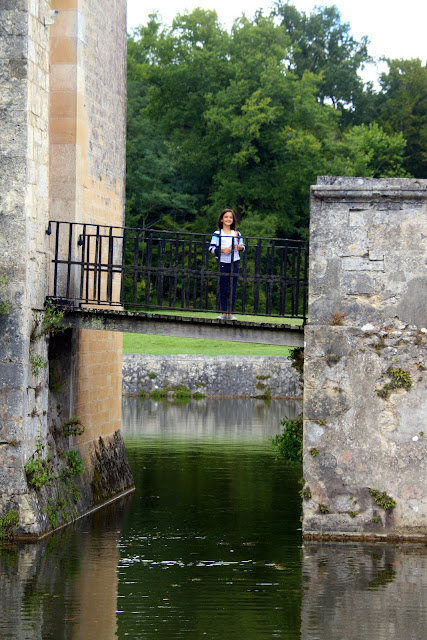 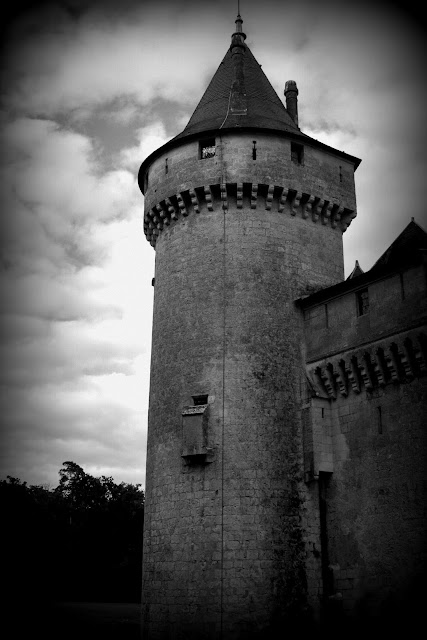 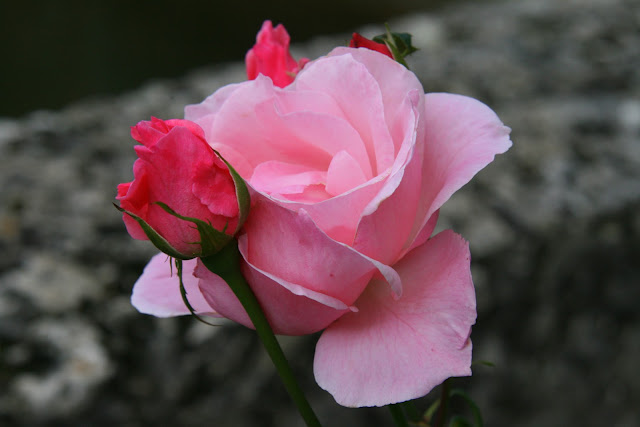 After our tour, which took about an hour, we continued to wander around the grounds.  It was a beautiful afternoon to enjoy some time in the country!

Now if you are a long-time reader of my blog, you might remember that back in May 2013, I wrote about Chateau La Brede, so yes, it was my second time visiting the chateau.  However, I remembered enjoying the visit and since the kids were now older - I thought they might get more out of it, especially with the medieval festival happenning on the grounds. Additionally 2 years ago, I took the guided tour in English and this time, we did the tour in French.  It's nice to be able to absorb so much more in my second language.  I know 2 years ago, I wasn't ready to truly understand all this history explained in the French language!

We are looking forward to the next "Journees Europeenes du Patromonie" in France - it's such a fun way to learn more about France's rich history.

For fun - I have shared a photo of us from this past Saturday and then one from 2 years ago!!  Yes, the girls have definitely grown a lot!!!
Posted by American Mom in Bordeaux at 5:38 PM