Those Moments of Parental Awe 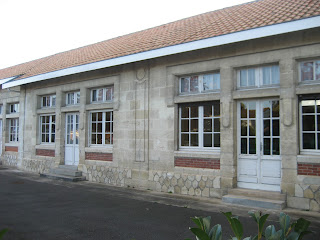 We've been here now over 4 months, it's funny how fast time flies - Hard to believe it's early March already and there is only four more months of school left for my girls this year.  It's interesting to look at their progress in the French language - each child is in a different place and each having their own struggles.

One might think that since I'm married to a French man, that my children already knew French before we moved here.  Well, best intentions never turn out the way one wishes - back eleven years ago when my oldest daughter was born, my husband began speaking French to her, read her French baby books and we even tried to listen to French nursery rhymes.  However, when she started responding to his French with her English, and the fact that we lived in an English-speaking world....Needless to say, best intentions turn into reality.  The reality was my husband and I spoke English to each other in our home, we had met in the States and even though I was always proficient in French, we had always communicated in English.  Raising bilingual children was definitely going to be a challenge.  As our second daughter arrived, we tried again, he attempted again to speak French to her, hoping our now 3 year old would be more excited and want to help teach her new baby sister.  Again, best intentions don't often lead to the desired end result.  ...and again we reverted back to all English.  By the time our third daughter arrived, it seemed life was just too busy - wishing at this point our girls spoke and understood more French, but at the same time not finding or making the time or effort to arrive at the desired result.  So needless to say, even though my daughters have visited France to see their grandparents every other summer since their birth, they really didn't communicate at all in French and we served as translators between our girls and their French grandparents.

So moving to France was definitely going to be a challenge - both for us and  for the girls.  Communicating with new teachers and classmates would be difficult.  My oldest daughter was probably the most nervous about the transition and move but has handled it pretty well with her outgoing spirited personality.  From the beginning here, she seemed to know enough key phrases to get by and seemed to ask what she didn't understand.  Her biggest struggle is conjugating verbs and writing more elaborate and complex paragraphs.  She gets impatient and frustrated at times.  I think this is the first time in her life, she's had to work hard at something. It was interesting to see her jump into to her new life and just go with the flow.

My middle child had a bigger adjustment to the French language.  She's my quiet and shy child.  She's always preferred to have a couple of good friends and play more quietly.  She likes to take in a situation and think about it first before she jumps in.    Obviously, starting school in France for her was like being through into the deep end of the pool.  She was going to sink or swim.  We tried to help her last summer by giving her French lessons, and prepare her for the move, but one doesn't really know what it's going to be like until they experience it.  She spent the first couple weeks overwhelmed here, but seemed to like her teacher and took it all in.  We did have a few days of stomach aches and headaches - but overall she was excited to go to school each day. Kids here seemed anxious to meet the new "American" student and often asked her to be their friend and play with them.  It was hard at first as she didn't feel comfortable with the language to know what to say or do, so she often hung out at recess time with her older sister those first few weeks.  Over time, she was able to identify a couple students who she liked and friendships have developed.

My youngest child, who everyone thought would be the quickest to learn and pick up the French language has actually been the slowest to speak.  She attends "Maternelle" (Preschool), everyday , all day long - she's absorbed the language and seemed to quickly understand instructions and what was asked of her - but always responded back in English. This was definitely different for the teacher who speaks very little English.    Four months later, she is still responding back in English but it's clear to see she understands most French being said to her.  I have come to learn from other mothers who have done an international move similar to ours that at this age she is doing exactly what is developmentally appropriate.  Their little brains just work this way....they take it all in - and in about 6 months - it will all come out fluently....we are still waiting to see when this will happen..although I've seen glimmers of hope..

Last week on vacation, she went to ask the proprietor at the bed & breakfast for an extra cushion for her chair.  Before she ran off to ask, I said to her the French word for cushion - figuring she would say that word and add a "Si vous plait" after it.  She had always been good with saying please and thank you in French.  Much to my astonishment, I heard her ask for the cushion with ."Est-ce'que je pouvais avoir une coussin, si vous plait?"..A full sentence, grammatically correct and beautifully pronounced...so it's coming.

All the girls are struggling with their own learning curve.  It's definitely challenging - probably one of the hardest things I've had to watch my children experience in their lives.  As a parent, helping them - it's tough to watch them at times struggle and fight to understand.  We hired a tutor once a week -but sometimes wonder - is it enough?  When they are tired, they resist and say it's hard..They often want to procrastinate on their schoolwork..or sometimes refuse in the moment to start it...some nights I wonder - are we doing the right thing...Why didn't we teach them French eariler?  Is there an easier way to raise bilingual children?  ...But then there are moments where I sit back and look at each one of them and  really look at how far they have come in four months......My oldest just finished her first French novel for school and wrote her first book report and my 8 year old  has begun reading a "Magic Tree House" book in French....and my four year is giving us new French words each day......I truly just sit here awestruck with fact that they are really doing it!  Just moved at where they started from and where they are now.  In total awe of the growth and changes they have all made in the past few months...it is truly amazing sometimes to be a parent and watch your children grow! 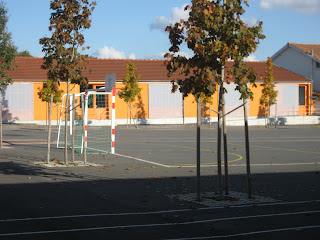 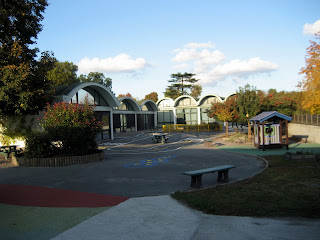 Posted by American Mom in Bordeaux at 12:20 AM