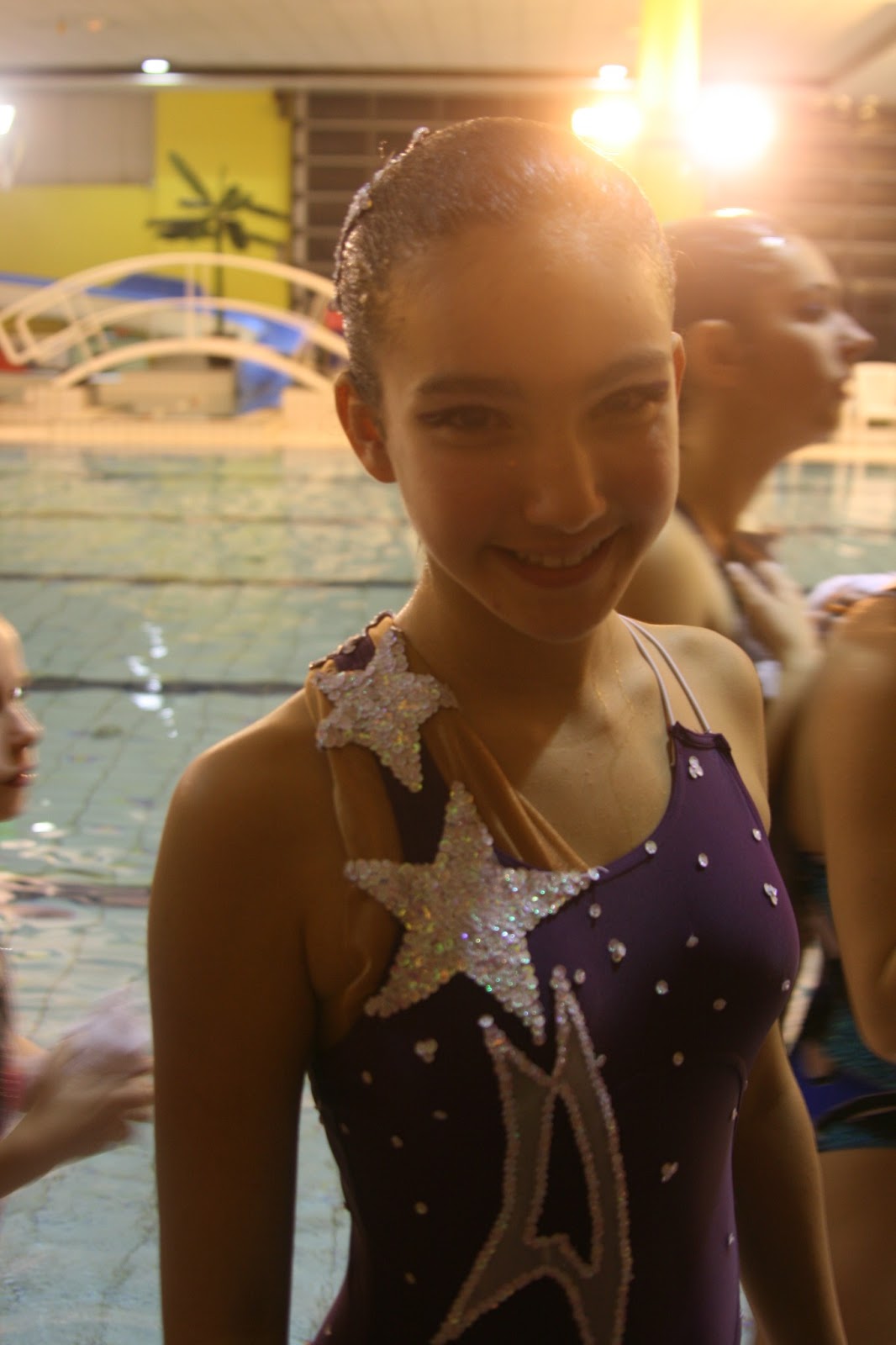 I felt like this weekend was a bit of a race - Friday nights are typically running the girls around to various activities - and my oldest daughter unfortunately, due to a re-adjustment of schedules has 2 activities that evening - Her ballet class, followed by a Synchronized swim team practice of an hour and a half. Saturday morning was filled with final pick up of house as my in-laws were arriving for the weekend.  They were coming into town to see my oldest in her synchronized swim gala, which was scheduled for Saturday evening.

This experience is a new one for our family.  This last summer as we were looking for what activities were available here and my oldest talked to some of her friends, she found out there is a Synchronized Swim Team club in our town. She thought this sounded very interesting to her as it's a combination of her two favorite things - dance and swimming. This club has an excellent reputation and fills many teams at various levels and ages.  They had try outs last June and again in early September.  Turns out after her try out, she made a team and each Friday night for an hour and a half she practices.  She has fallen in love with the sport and also found out that it's very tiring (I think this is the only sport we have found which actually exhausts my high energy girl!)

I love how organized this club is - great communication and wonderful team spirit!  It's so refreshing to see.  Since her team is made up of new swimmers to the club, they will not do a competition until this Spring and then that will only be on basic skills.  Other teams of this club have been competing locally and regionally all year.  This Winter gala was a way to showcase all the teams and show their progress. 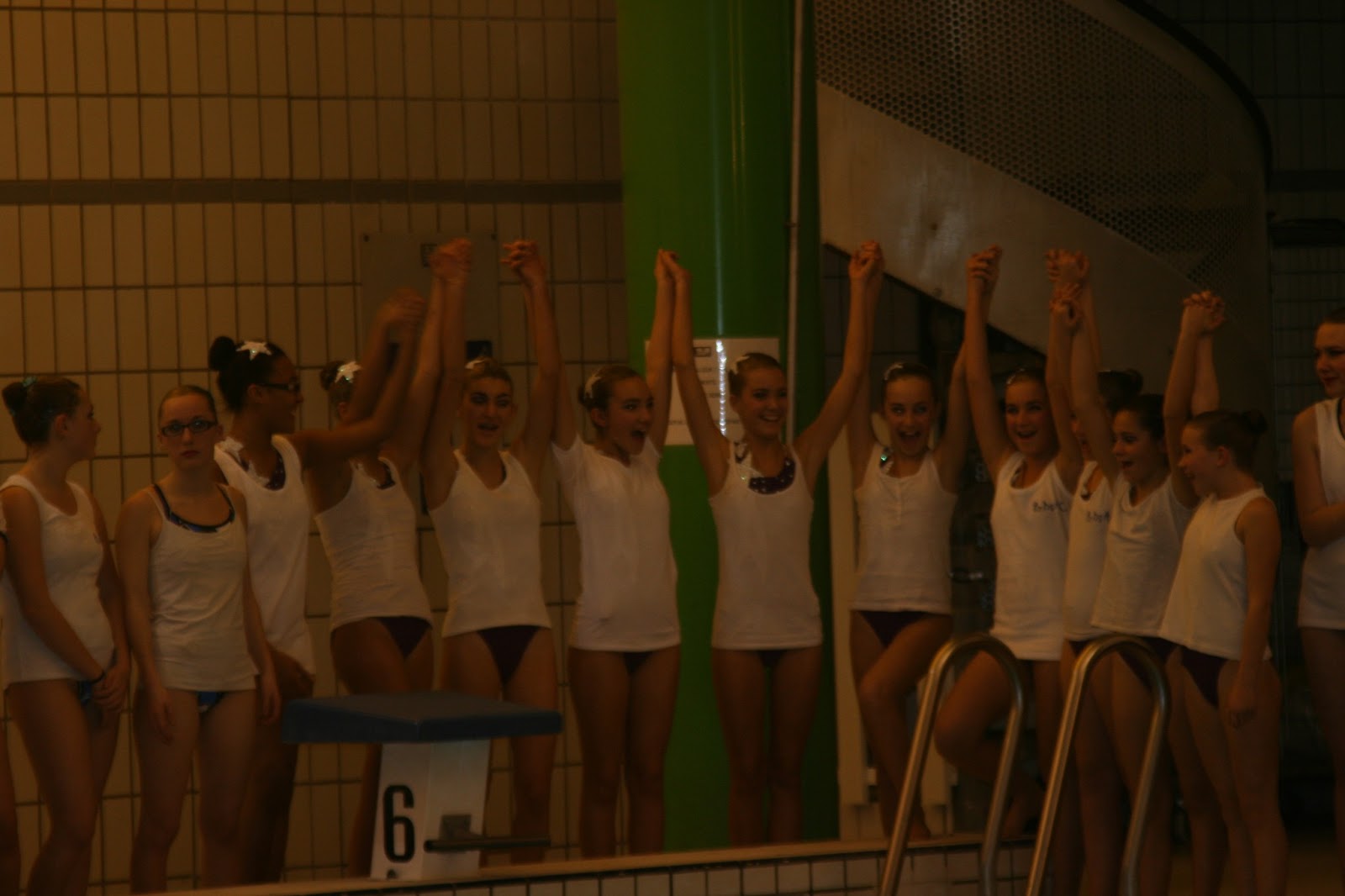 All the teams began the evening by parading into the pool area.  It was quite a scene.  Each team was then introduced - my daughter's team is above as they were being introduced. 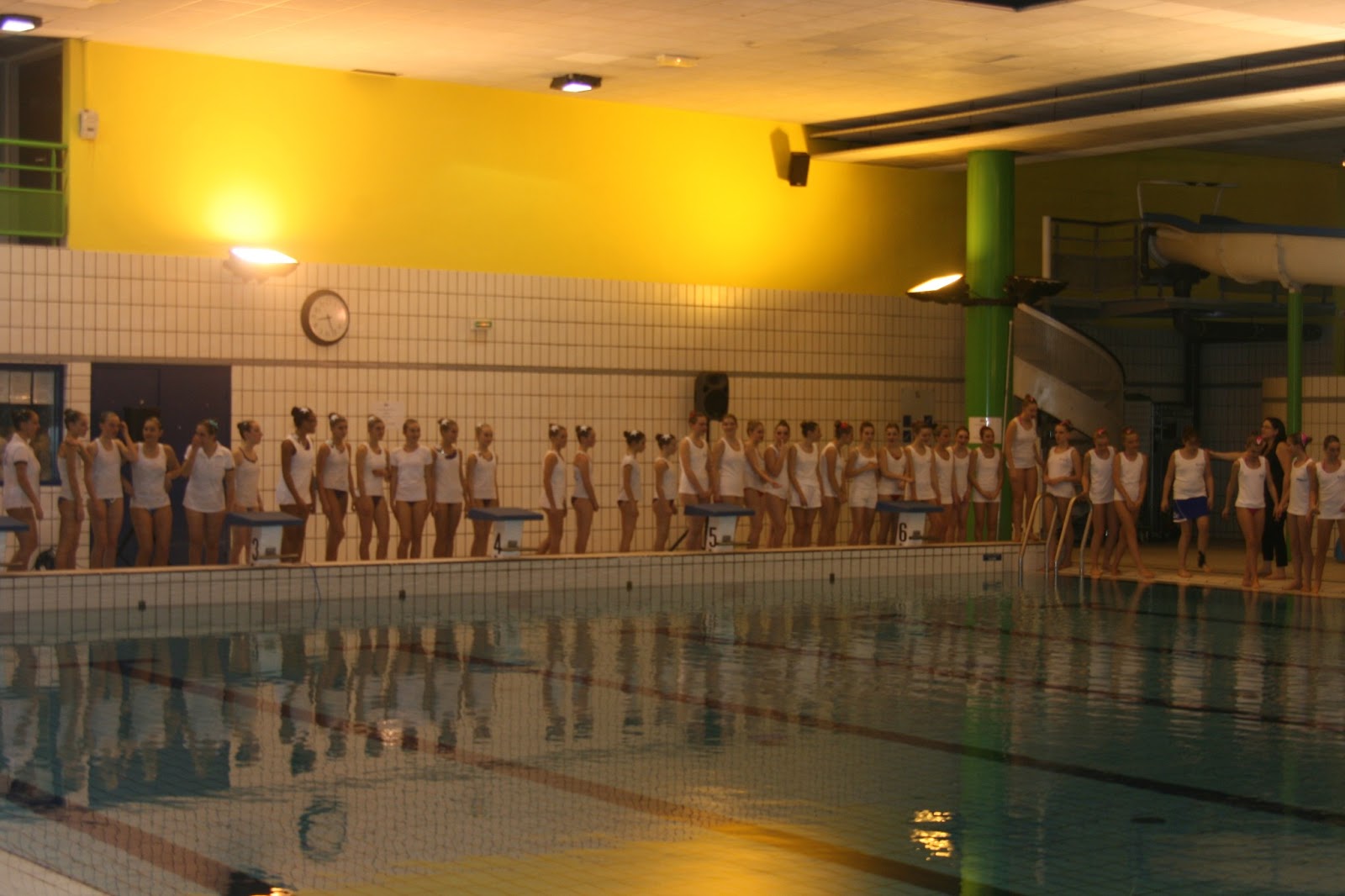 After all the teams were introduced, they all sat on the opposite side of the pool and watched as each team got up to perform their routine.  They started with the youngest girls - ages 4 & 5.  This was so interesting to watch - each swimmer has a trainer to work with them to support them as they showed off the skills they had learned. 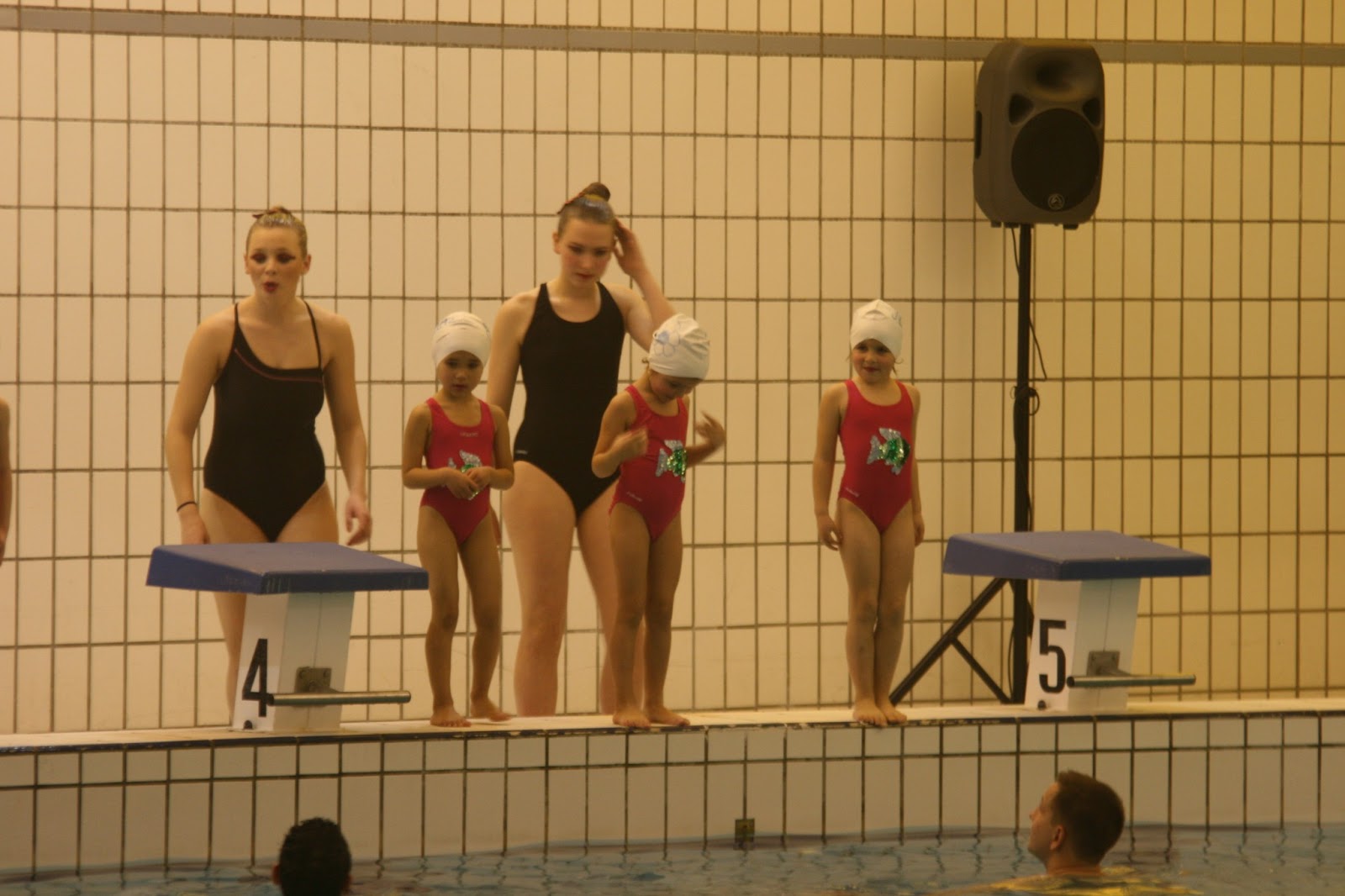 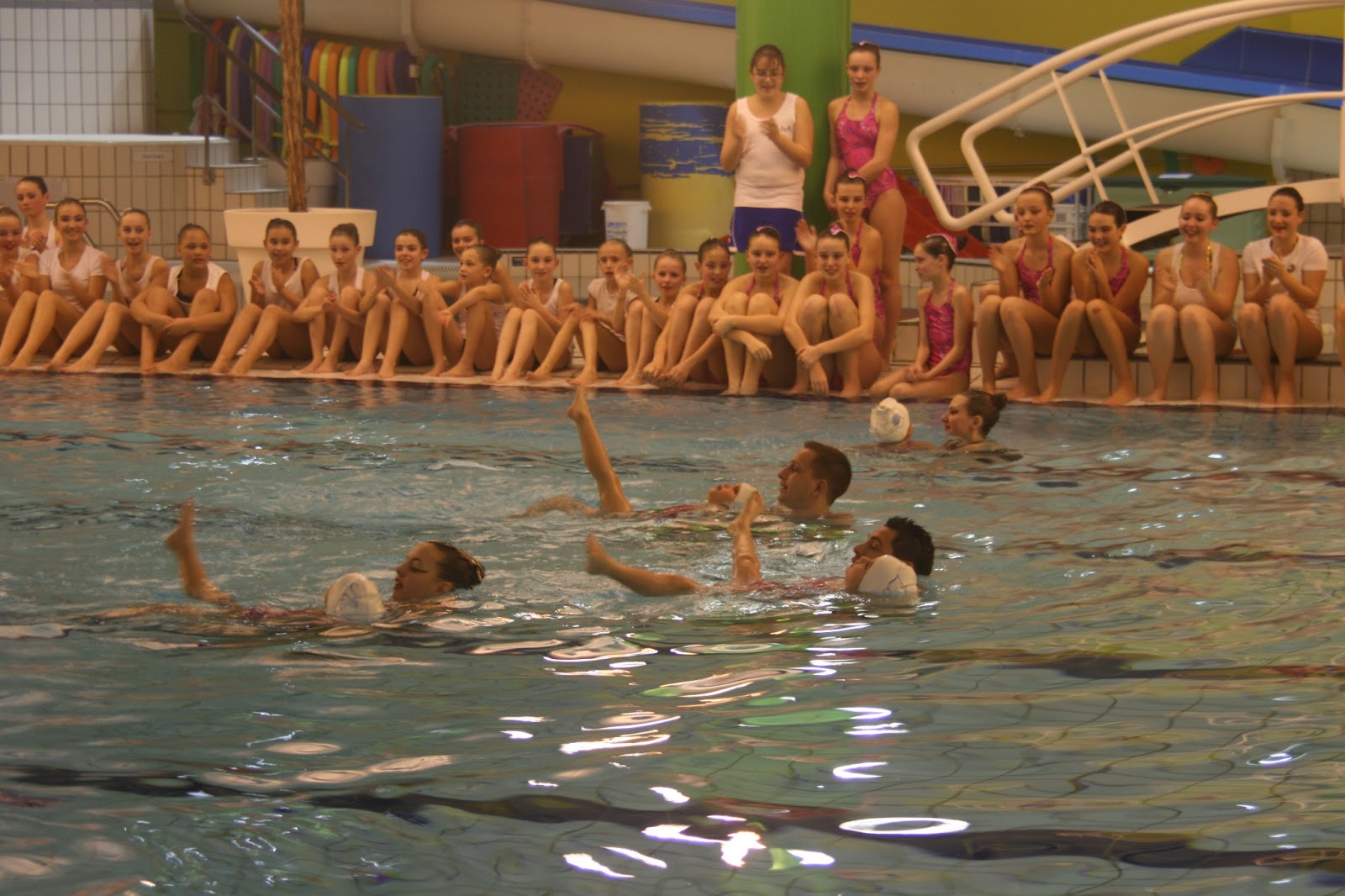 The following is a team that incorporates swimmers who have been doing this sport for 3 years - they range in age from 12 to 14 years old.  It was so fun to hear all the girls cheer and support each team! 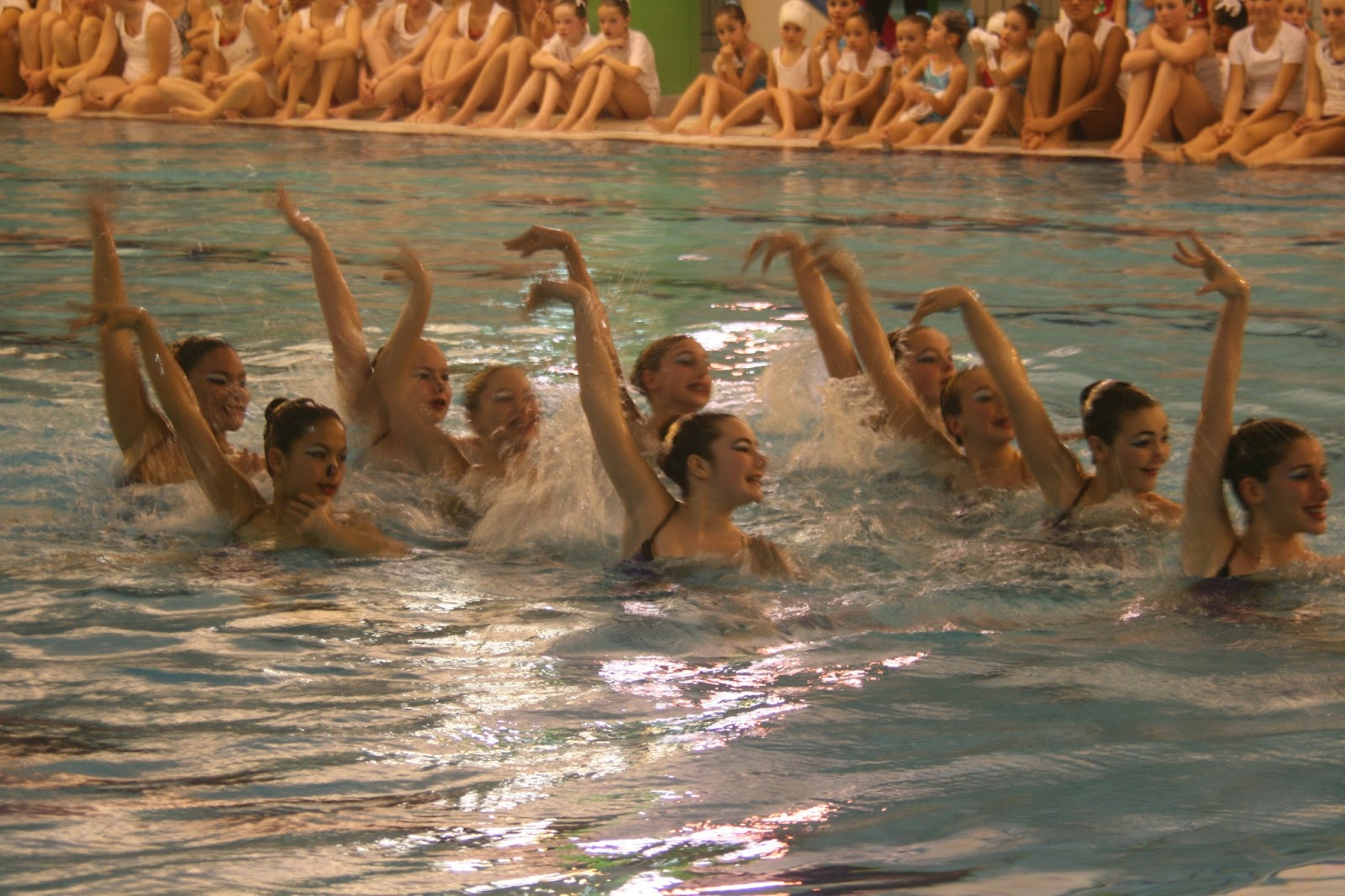 This following team also has had many years of experience and was made up of high school girls.  One can see their expertise in the sport by both their synchronization and their skills. 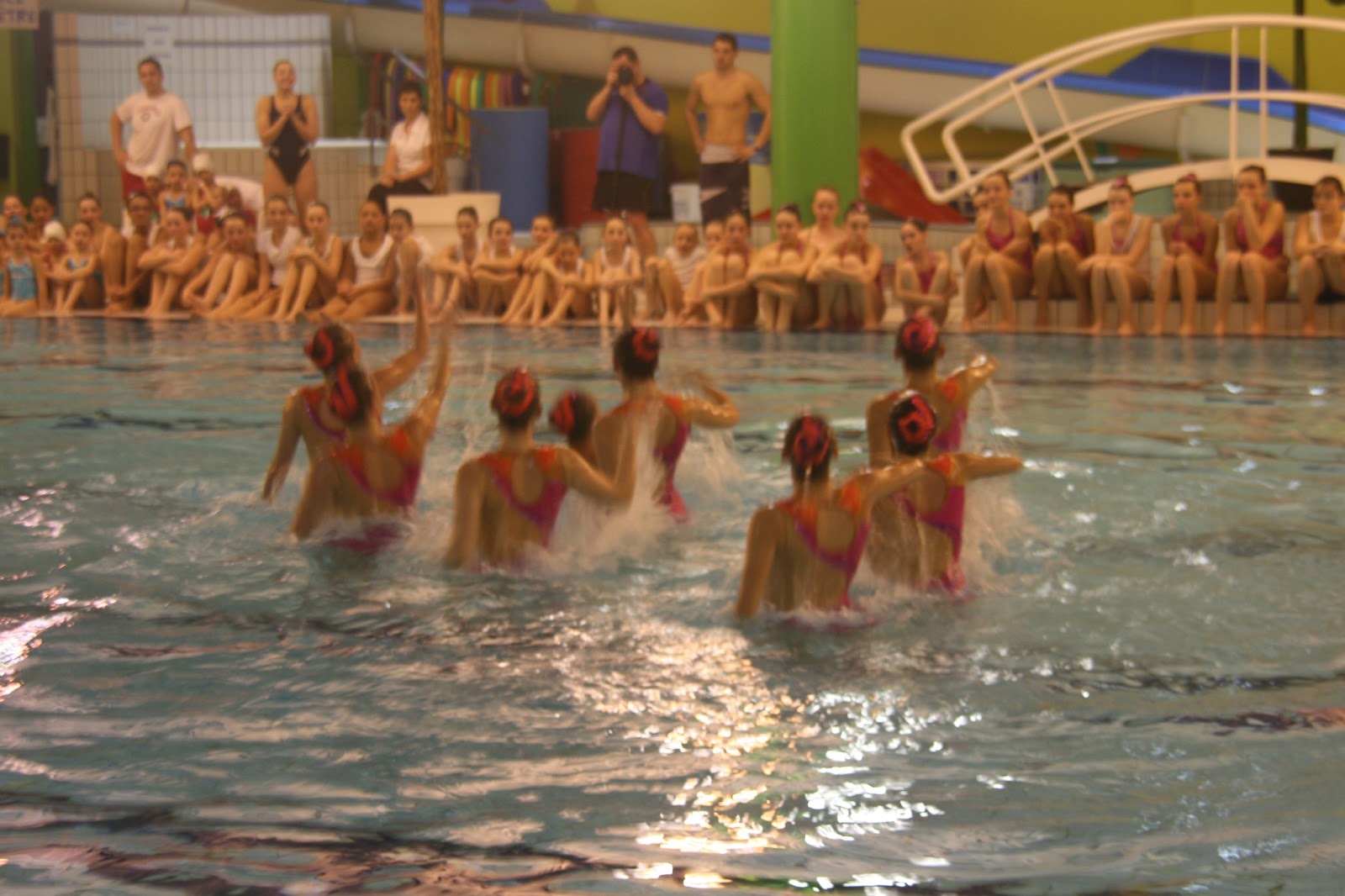 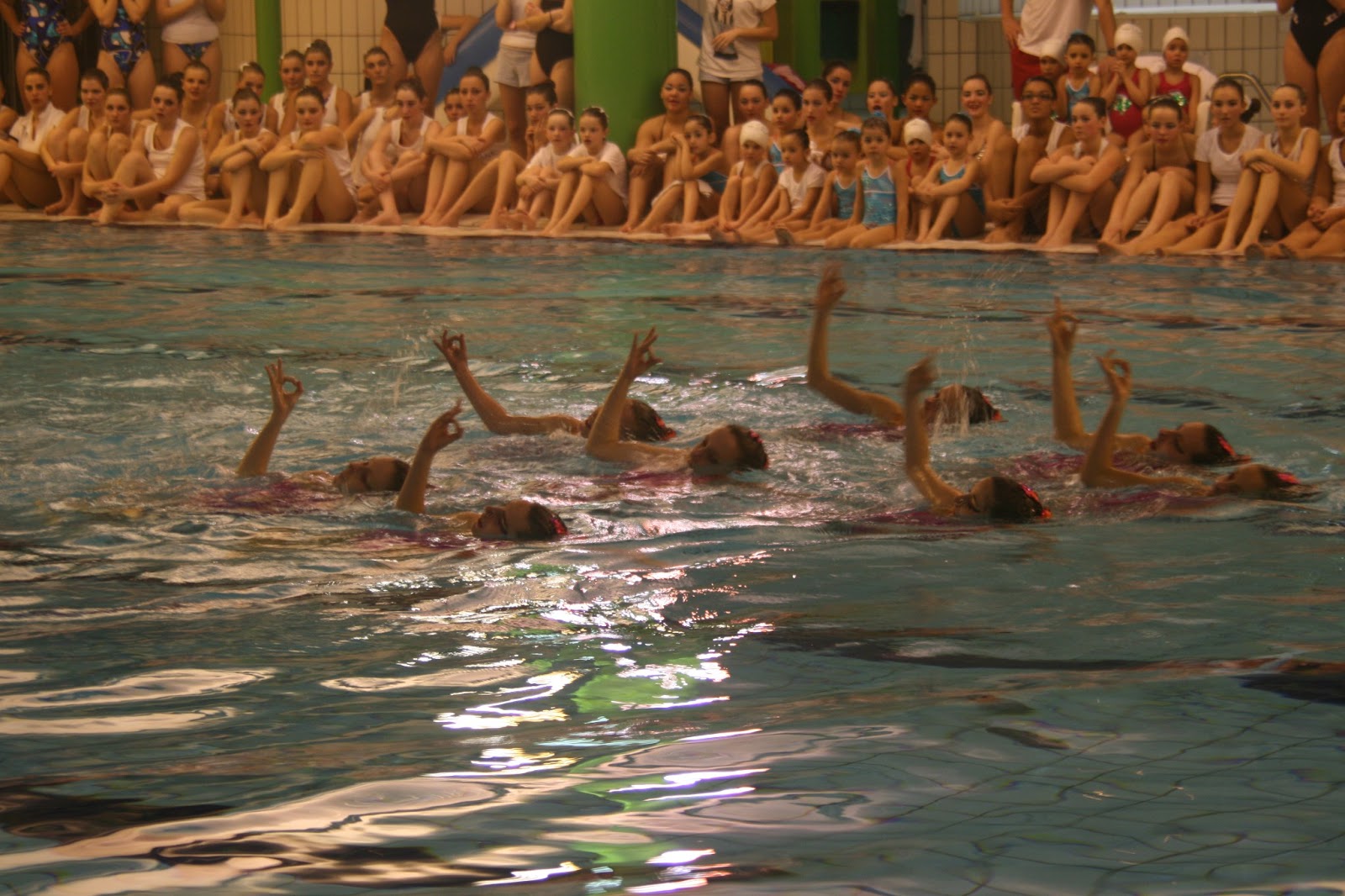 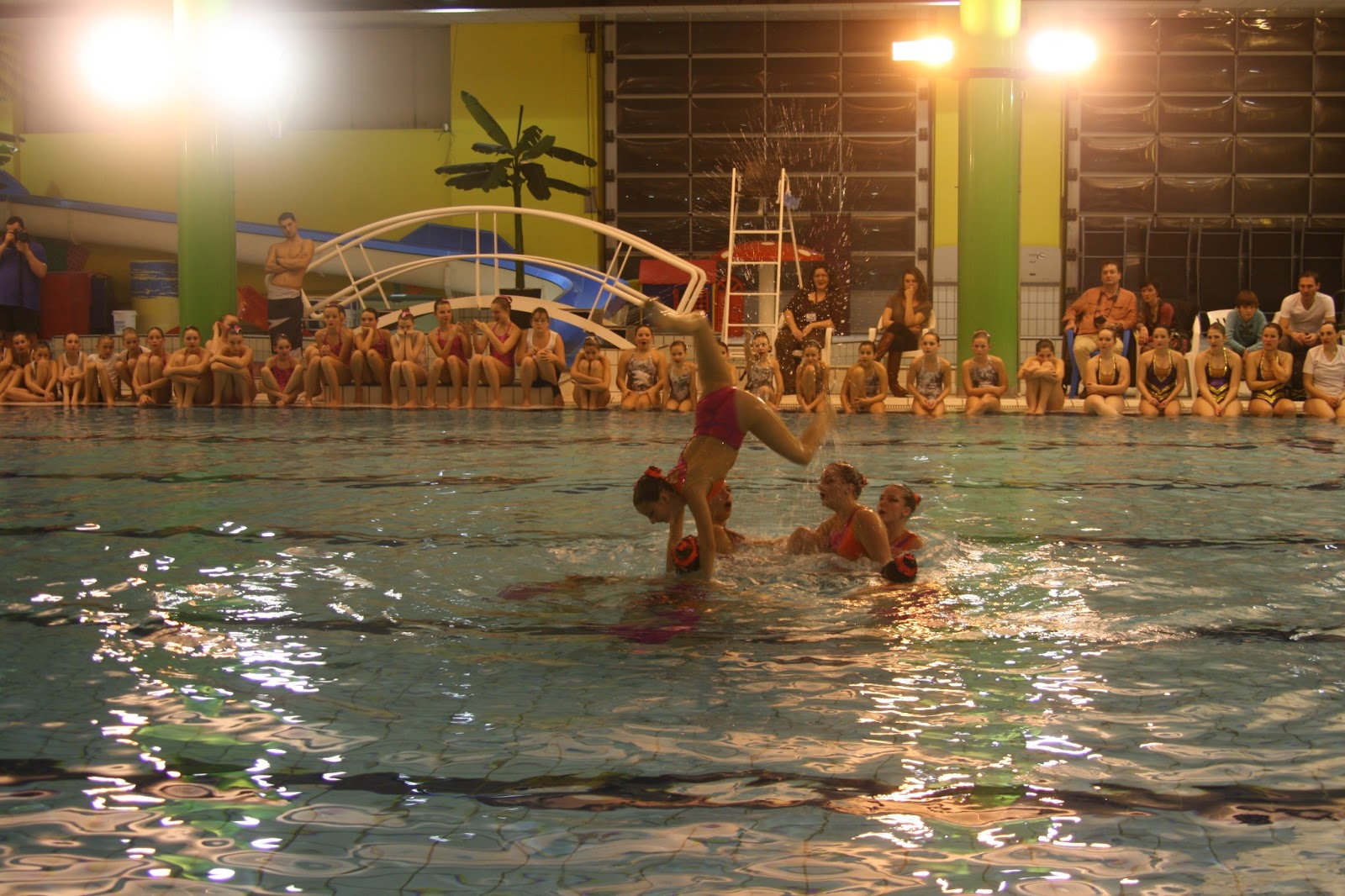 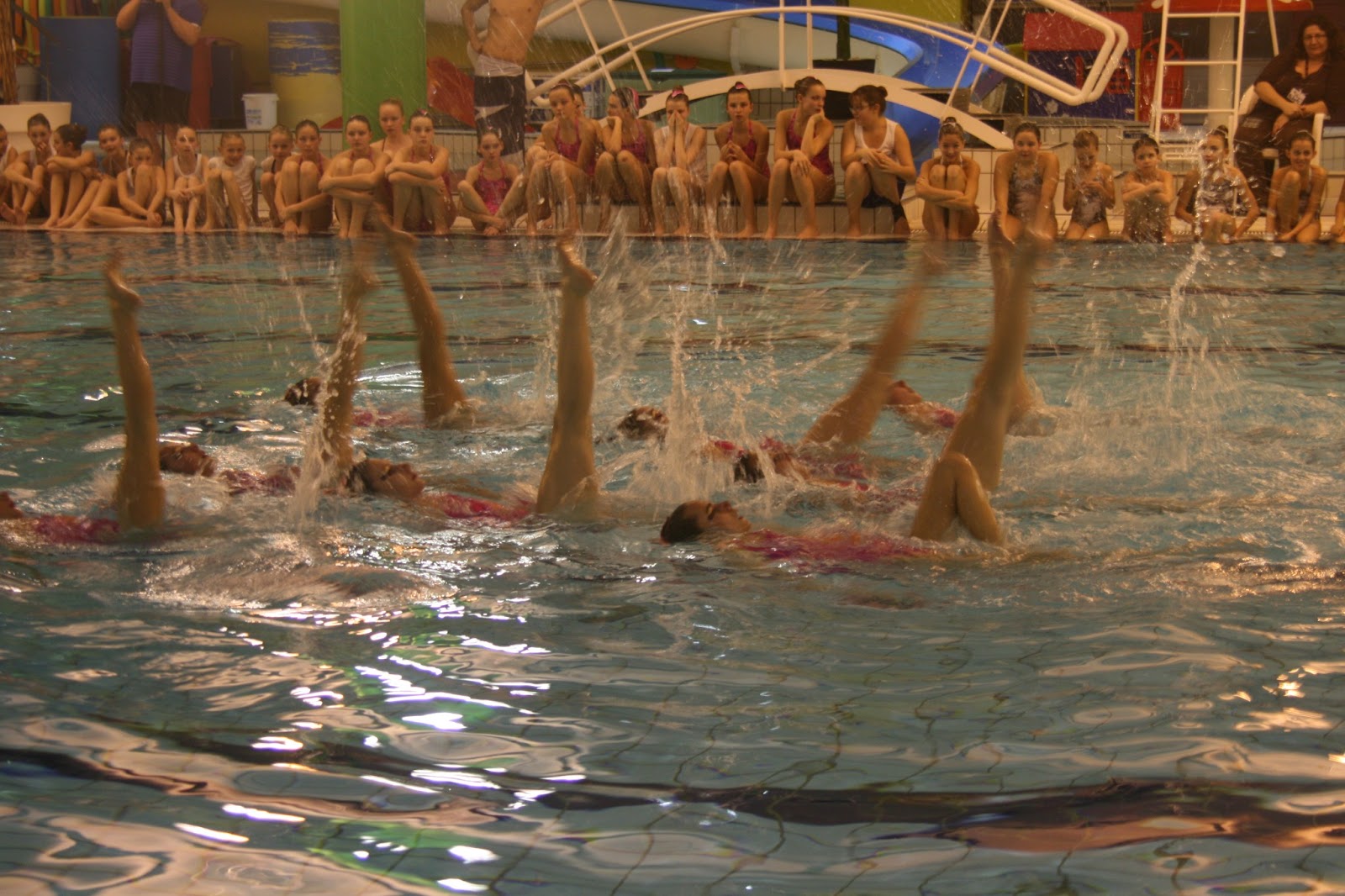 It was then my daughter's team's turn..not too bad for their first go at being a team and showing off their newly acquired skills.  I also have to add that they just learned their routine about a month ago - time before that was spent acquiring and learning the skills.  Yes, they were not always in sync - but they had a great time and they all had a lot of fun!!  According to my daughter, they finished their routine and all wanted to do it again! 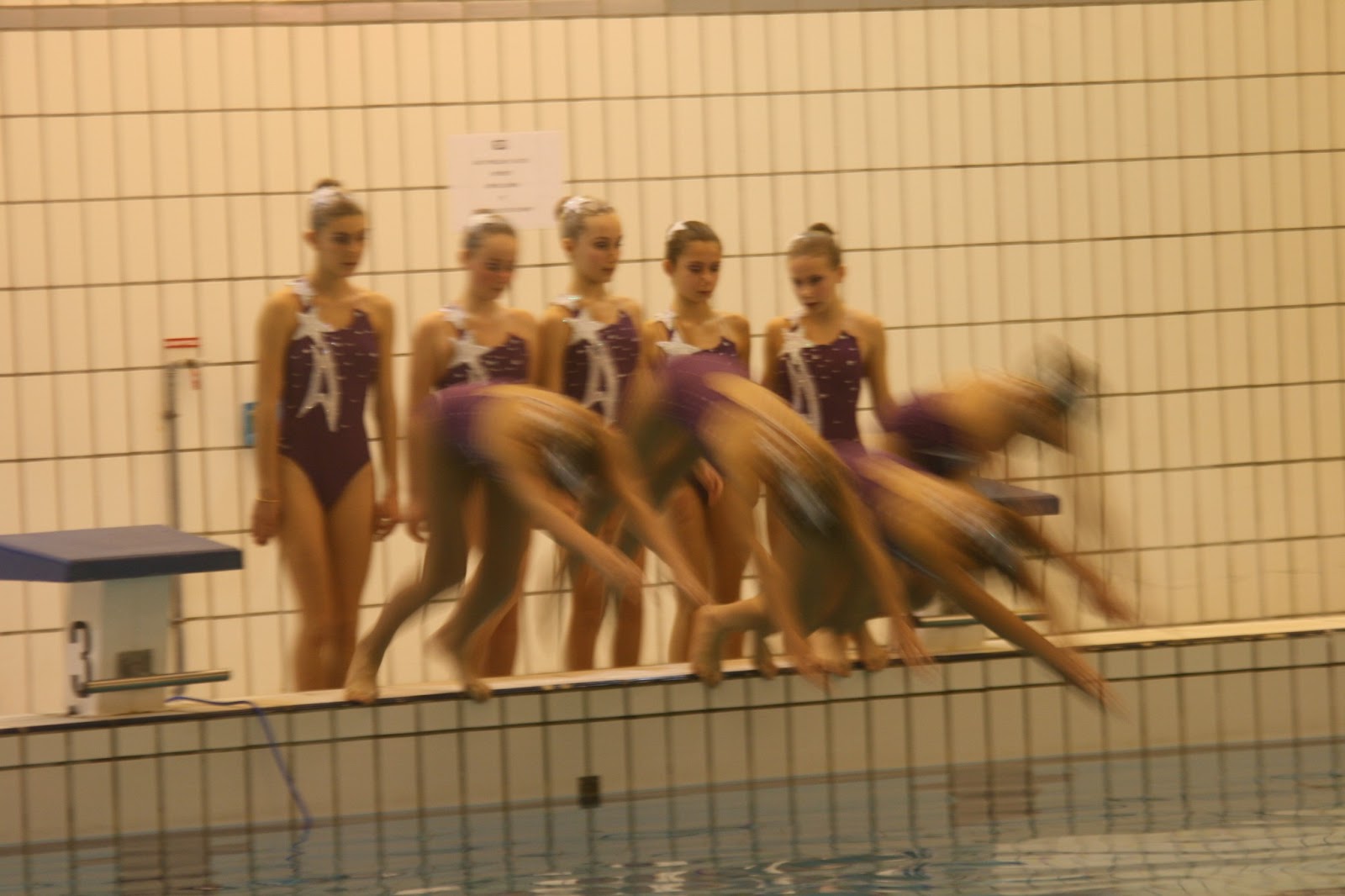 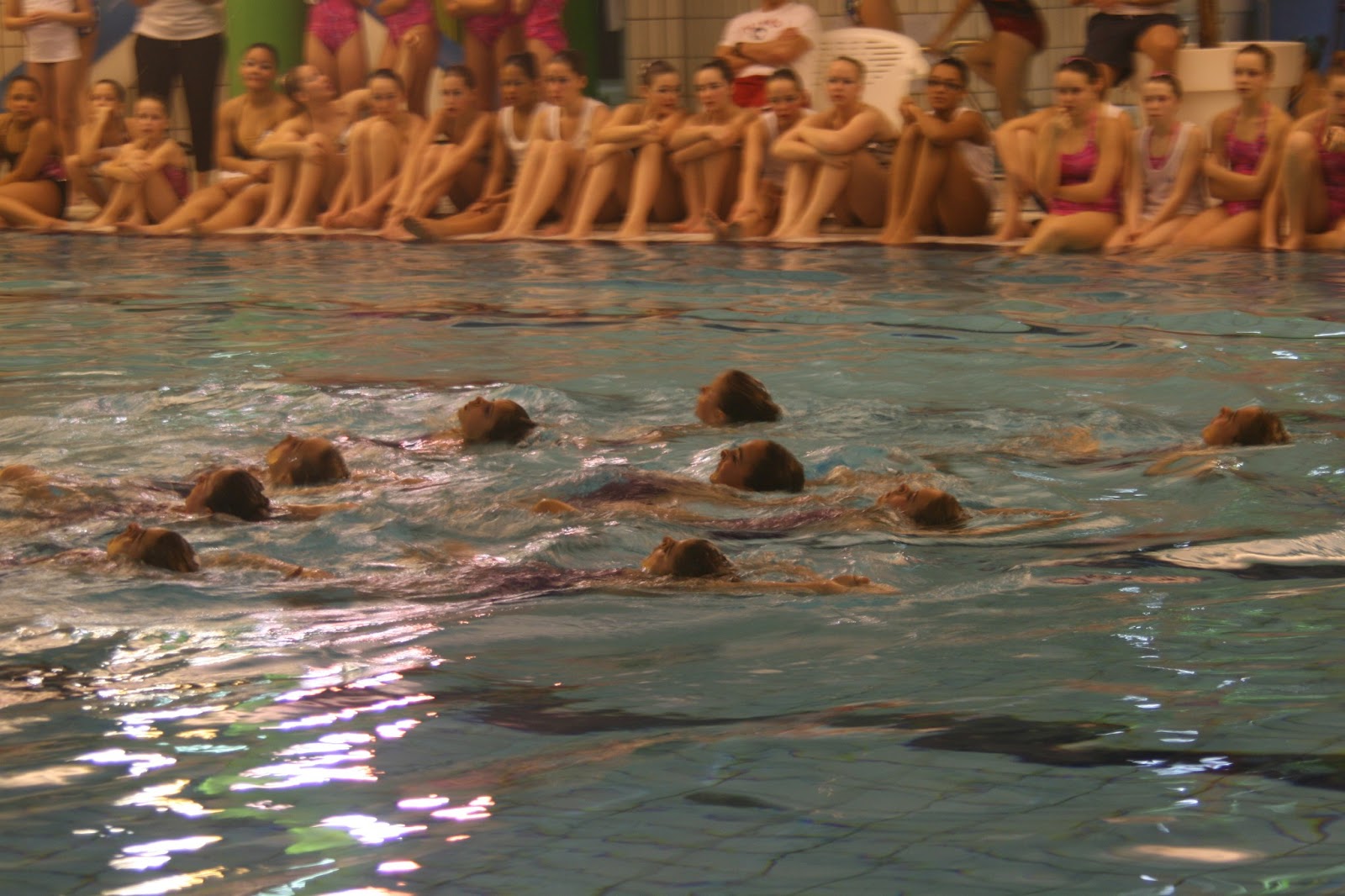 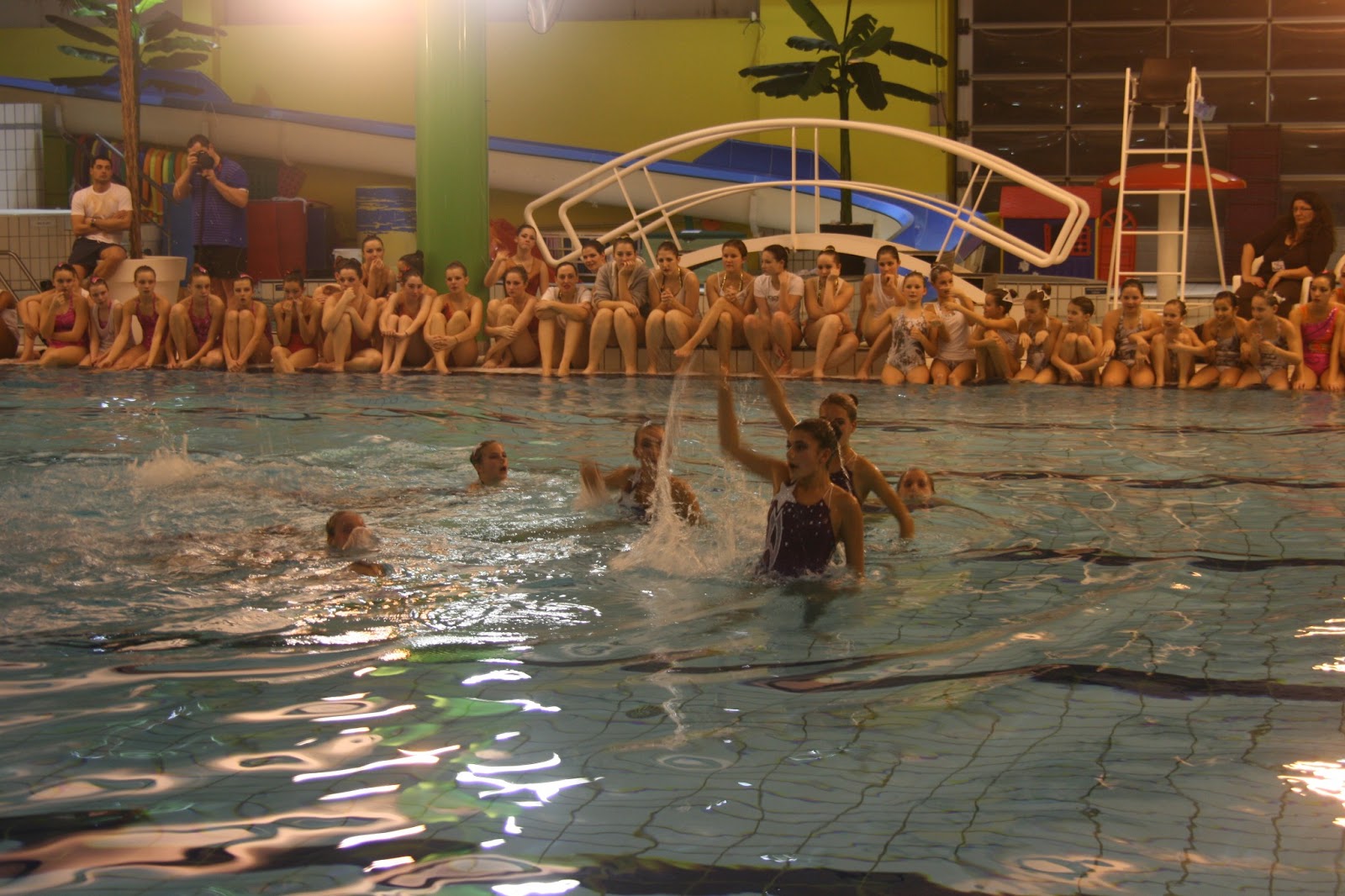 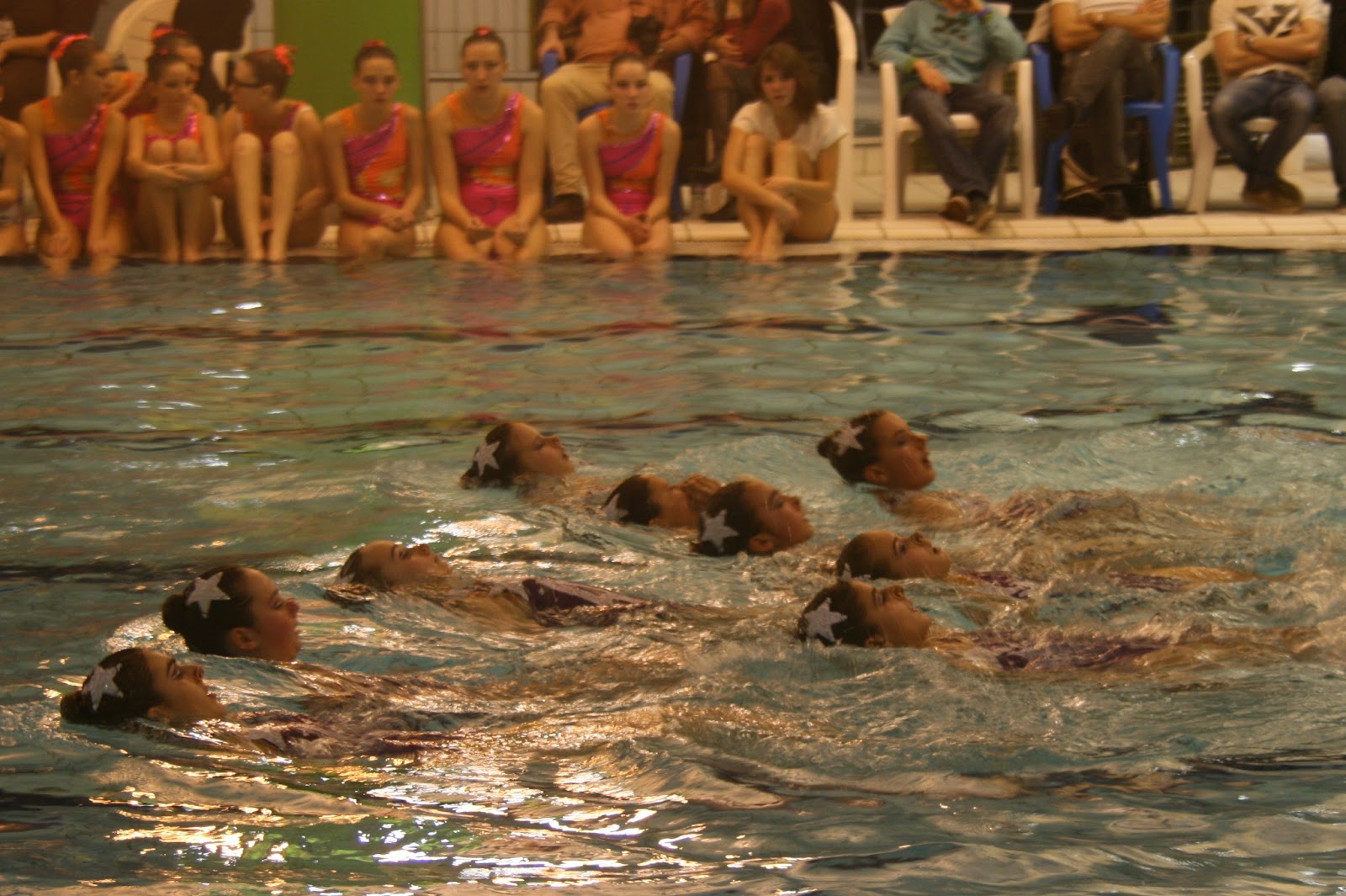 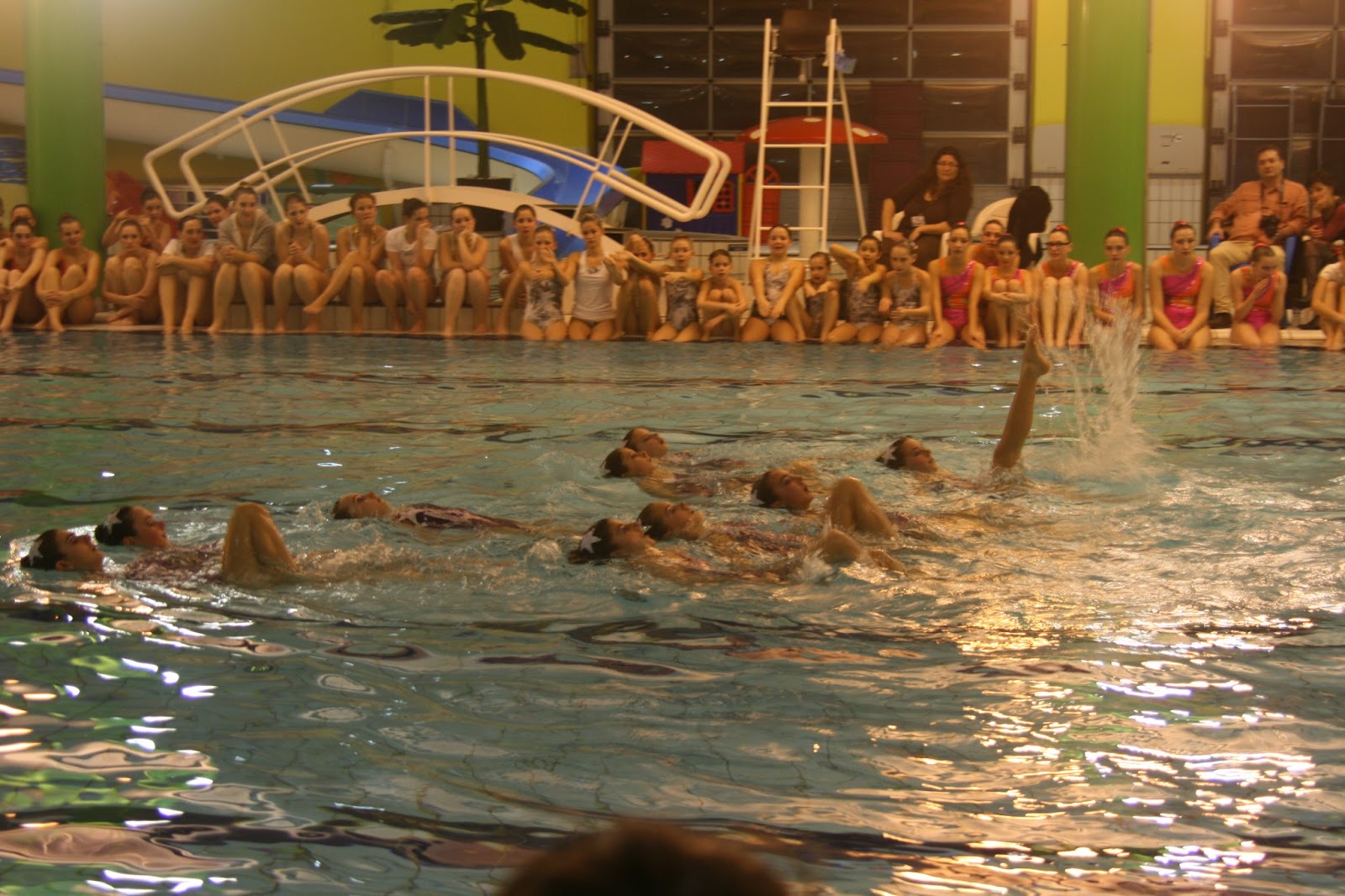 The finale was very interesting....many teams in the water and others on the sides all doing the same routine together.  It was a lot of fun to watch. 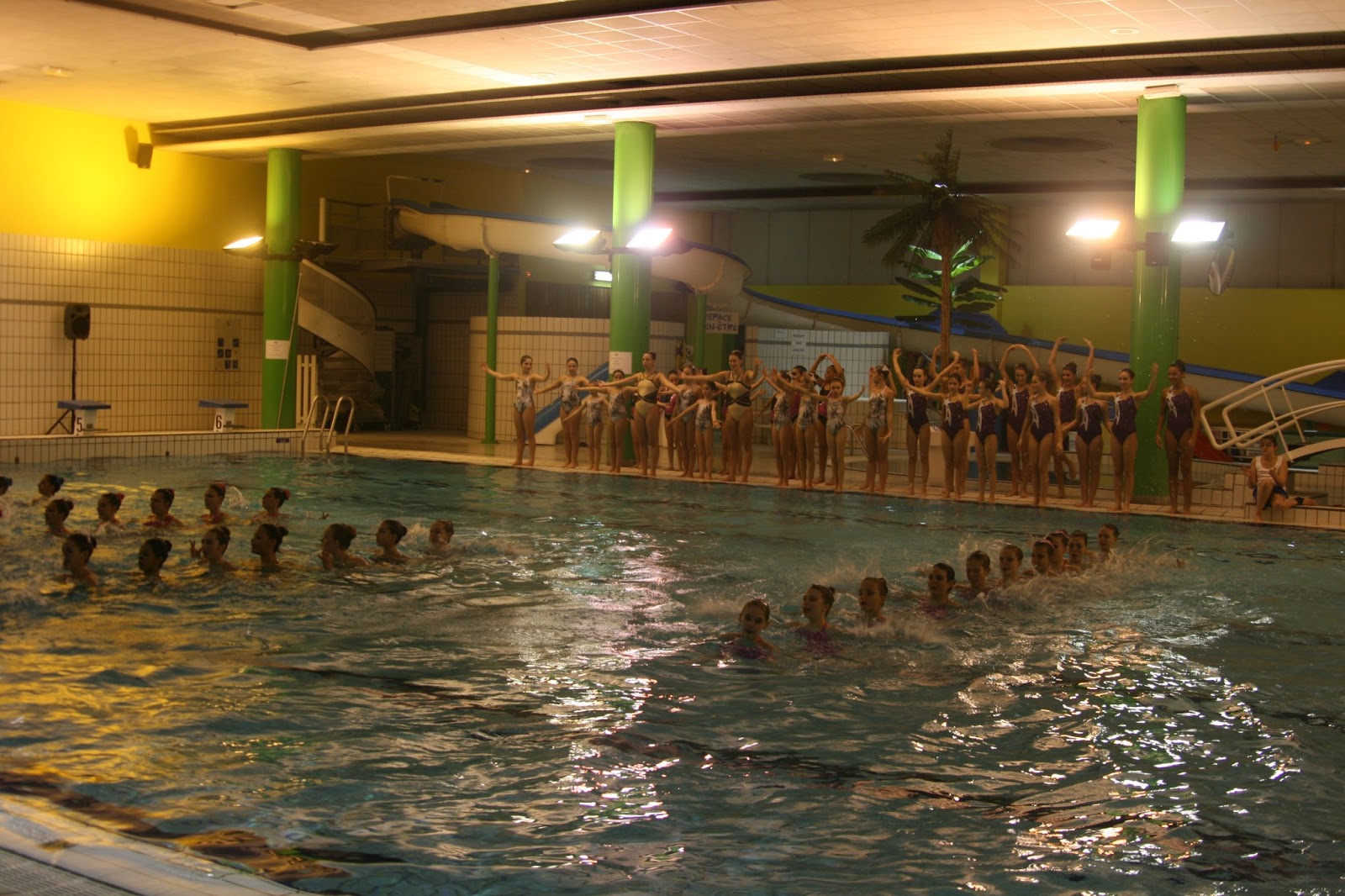 This evening was a lot of fun and I have to confess, I love the fact that my oldest has decided to try this sport.  I was actually introduced to it as a child at day camp.  I remember for 2 weeks learning some simple skills and then at the end of our 2 week session, we did a little performance for the campers and the parents. It was only for a couple of weeks one summer, but I still remember that time with super fond memories.  I also remember for years afterward, showing off those skills to friends.  We never had a synchronized swim team in our town or school so I never continued it.  I love the fact she gets to experience the sense of support of being on a team this year.  There is a commaradery and support they all seem to give each other.

PS - watching it all come together that night and listening to the girls support each other made even the task of painting the waterproof gel into their hair worth it!!  Yes, it's hard enough to do a perfect tight bun - but then so it stays put in the water, one has to mix up waterproof gel and get it the right consistency and then paint it all over their heads!  Needless to say after very warm water and 3 shampoos it was out!


Posted by American Mom in Bordeaux at 10:58 AM