An afternoon in Blaye - Exploring the Citadelle 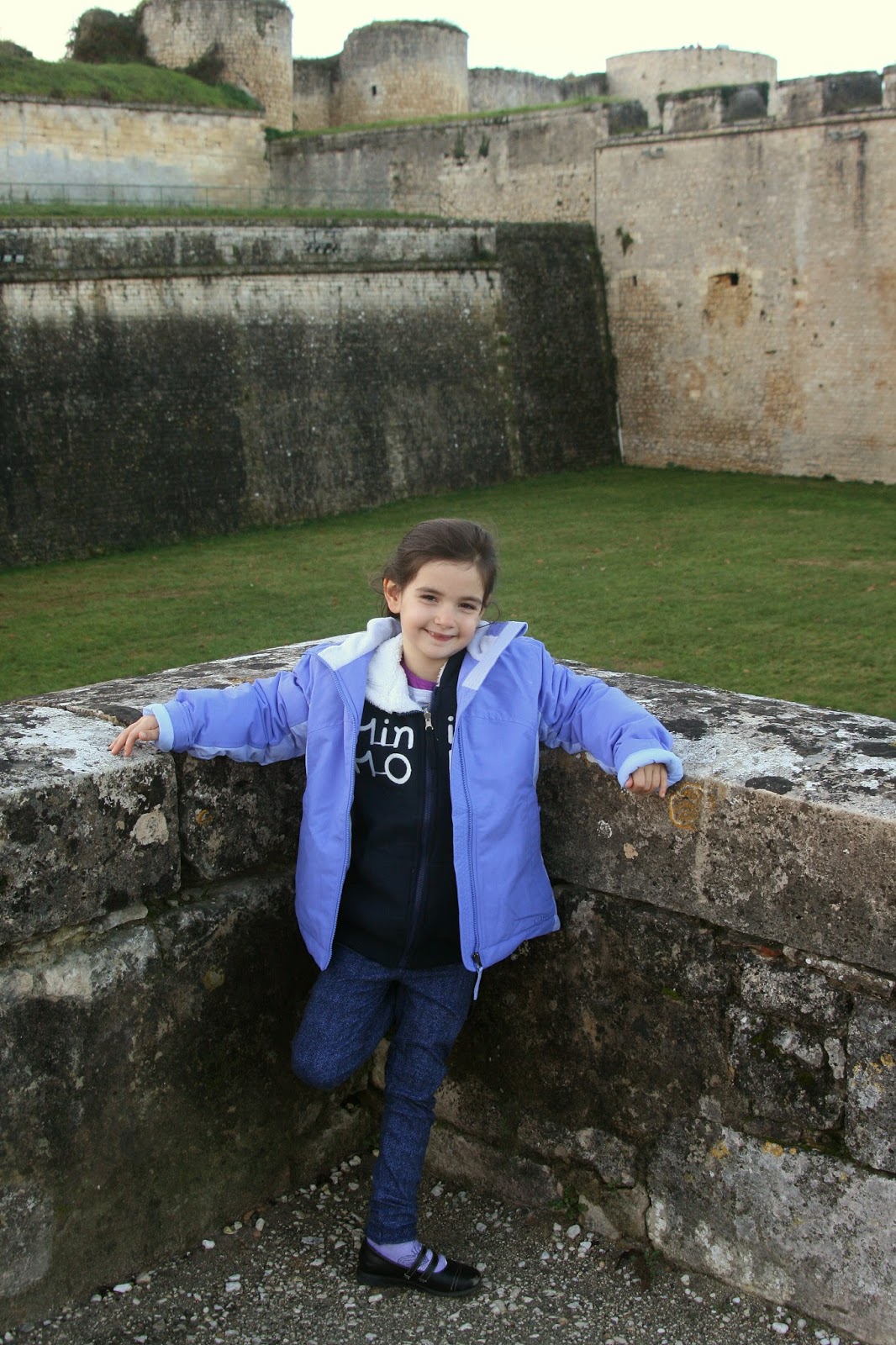 It's the day after Christmas and all of us were feeling full from a Christmas eve dinner and another nice meal on Christmas day.  As usual our holiday meals were full of delicious oysters, smoked salmon, fois gras, along a delicious buche de Noel and of course plenty of wine.  So the next day, we needed to find a place walk around and burn off some of those calories.  For the girls, it was time to get outside and enjoy some fresh air.  We decided to head up to Blaye - a town on the East side of the Garonne about 45 minutes from our house.  There is a citadel there that was built in the 17th century and it's a great way to be outside, and enjoy some history at the same time.

The citadel of Blaye is a UNESCO heritage site and was designed by Vauban, an engineer who was commissioned by King Louis XIV to strengthened the existing fortifications to protect the city of Bordeaux.  Blaye is  located upstream on the estuary of the Garonne River and its location and geography of the land had historically made it the perfect place from which to protect the city of Bordeaux.  In the 17th century, the cannons at that time did not have sufficient range to cover the width of the river.  Vauban built two more forts - one on the island in the middle of the Garonne and the other on the Medoc side.  This design allowed the 3 forts to cross-fire and prevent enemies from sailing to Bordeaux.

The citadelle was designed between 1685 and 1689 and became a walled city built around a parade ground, a monastery and several barracks.  Included inside this citadel are ruins of a 12th century castle, a 12th century gate and the Eguilette tower built in the 15th century.

Walking around today, these ruins and buildings are still evident and many have been converted into hotels, restaurants, boutiques and cafes.  It's a wonderful place to wander around and take in both the history of this fortress and the beautiful views of the Garonne River and the city of Blaye itself.

Even though many of the shops were closed for the vacation, it was still a beautiful place to walk around and enjoy an afternoon.  The citadelle is Free and open to the public each day.  For a family activity, anytime during the year, this is a great place to go.  Hope everyone is enjoying their time off for the holidays and special with family.
Posted by American Mom in Bordeaux at 4:47 PM