Bordeaux National Opera Ballet Company - Interview with one of their Dancers

Oliviero Bifulco
dancing with the National Opera Ballet of Bordeaux 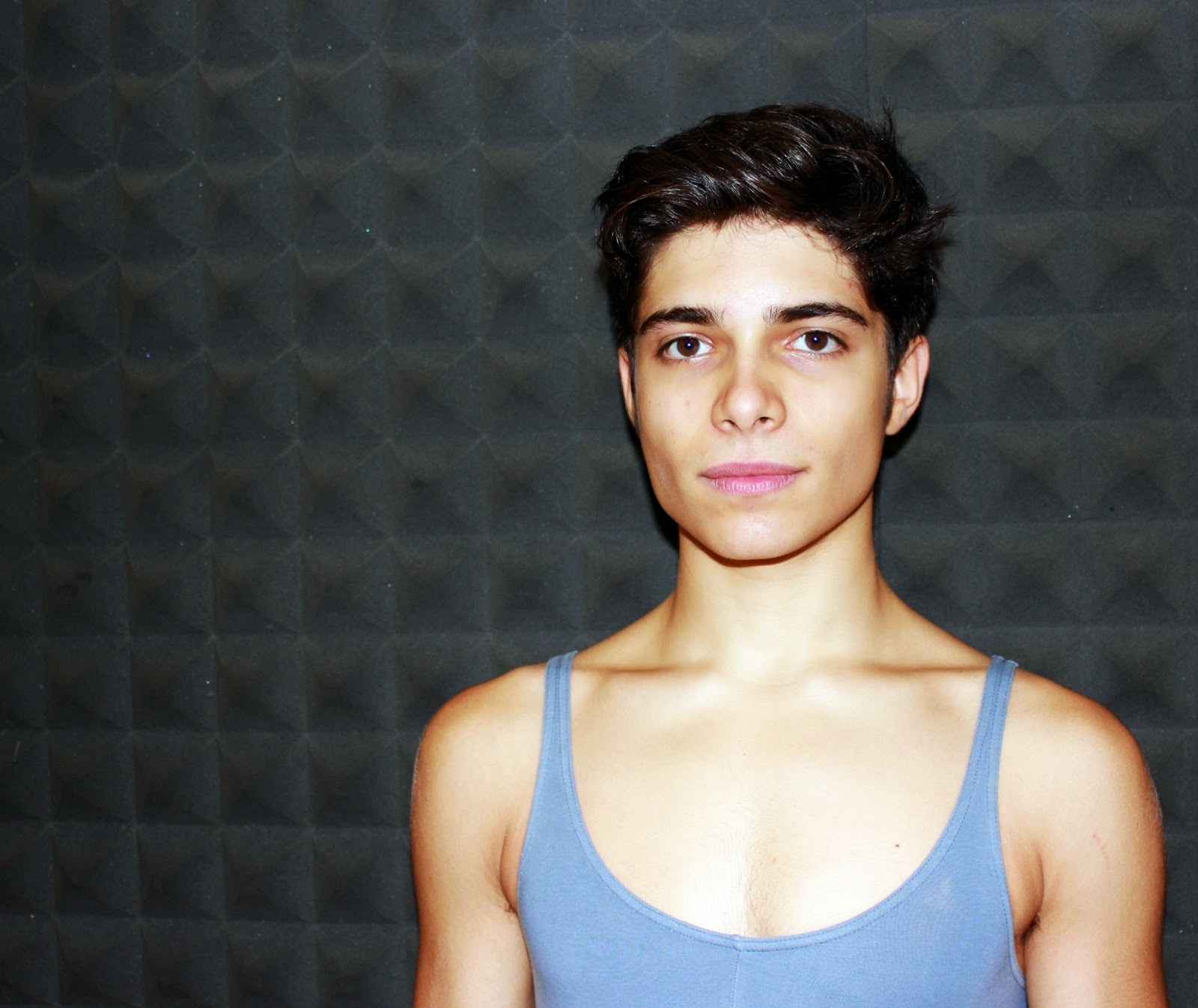 This is a post I'm really excited to share as we are in the middle of the Holiday season and one of my favorite traditions is to see the Nutcracker ballet. I have seen many productions through the years both at the professional level and the student level. Each one is unique but all are so enjoyable. This year in Bordeaux, we are fortunate enough to have our local Company-The National Opera Ballet of Bordeaux perform the story.  The last time they did this was in 2011.

Through the wonders of social media (always nice to share good stories!) I connected with one of the newest members of the company and Oliviero was nice enough to share his story with me.  I hope you enjoy reading about him and more importantly - I hope you have an opportunity to  see him dance in the Nutcracker Ballet or in other ballets later this year in Bordeaux. 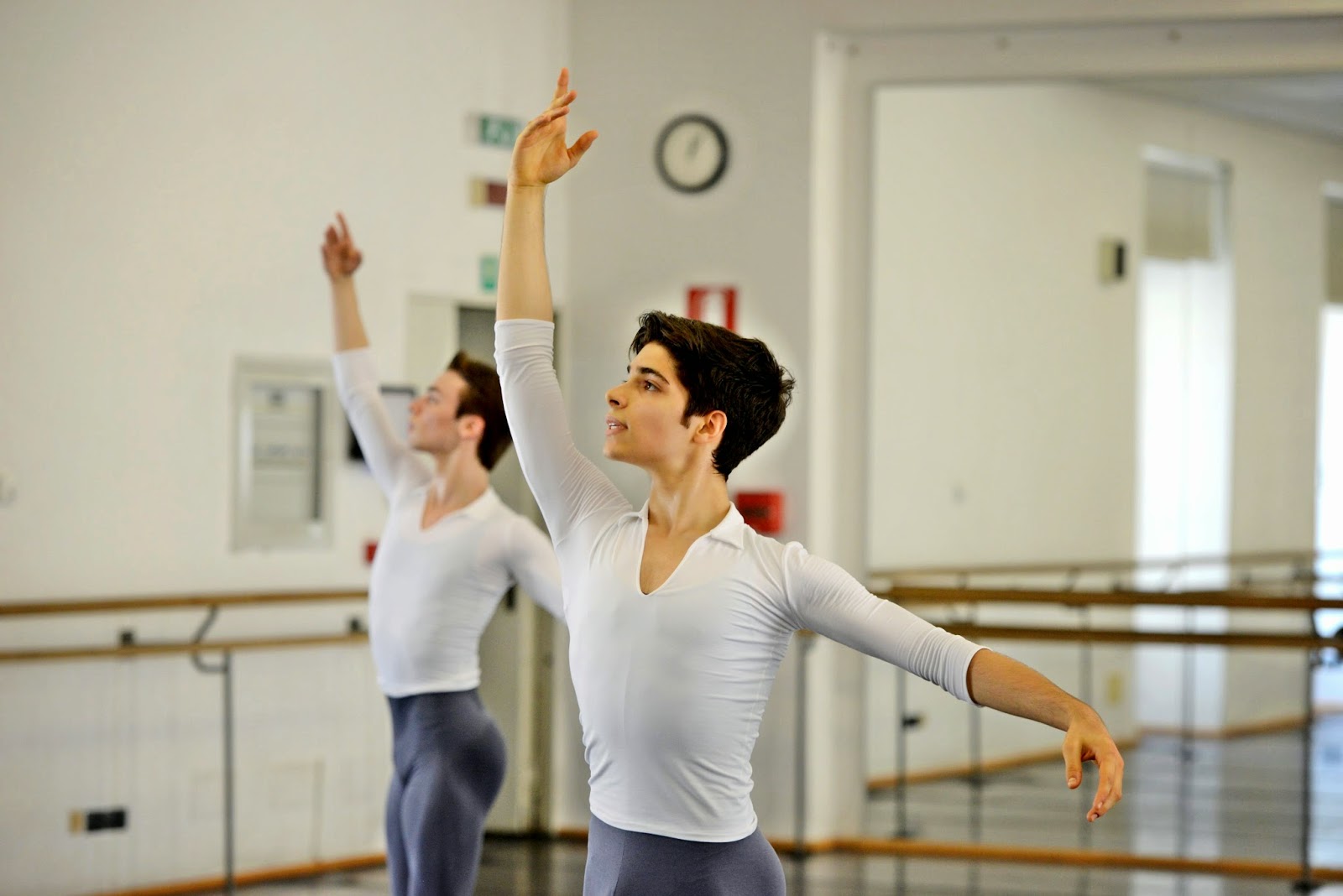 Oliviero is from outside of  Milan, Italy and just arrived in Bordeaux last August.  He has danced since he was 10 years old and by 12, he had entered the famous LaScala Theater Ballet School in Milan.  One would think that perhaps he might have always wanted to be a dancer, but really he shared that he started dancing just for fun...it was something to do - an activity to try. He found he was good at it and encouraged to continue.  By 11 he was entering and winning competitions.  Initially, he stuck with it as he doing well but he also found he was working with people who encouraged and inspired him - they lived their passion.  That just made him more passionate to dance. 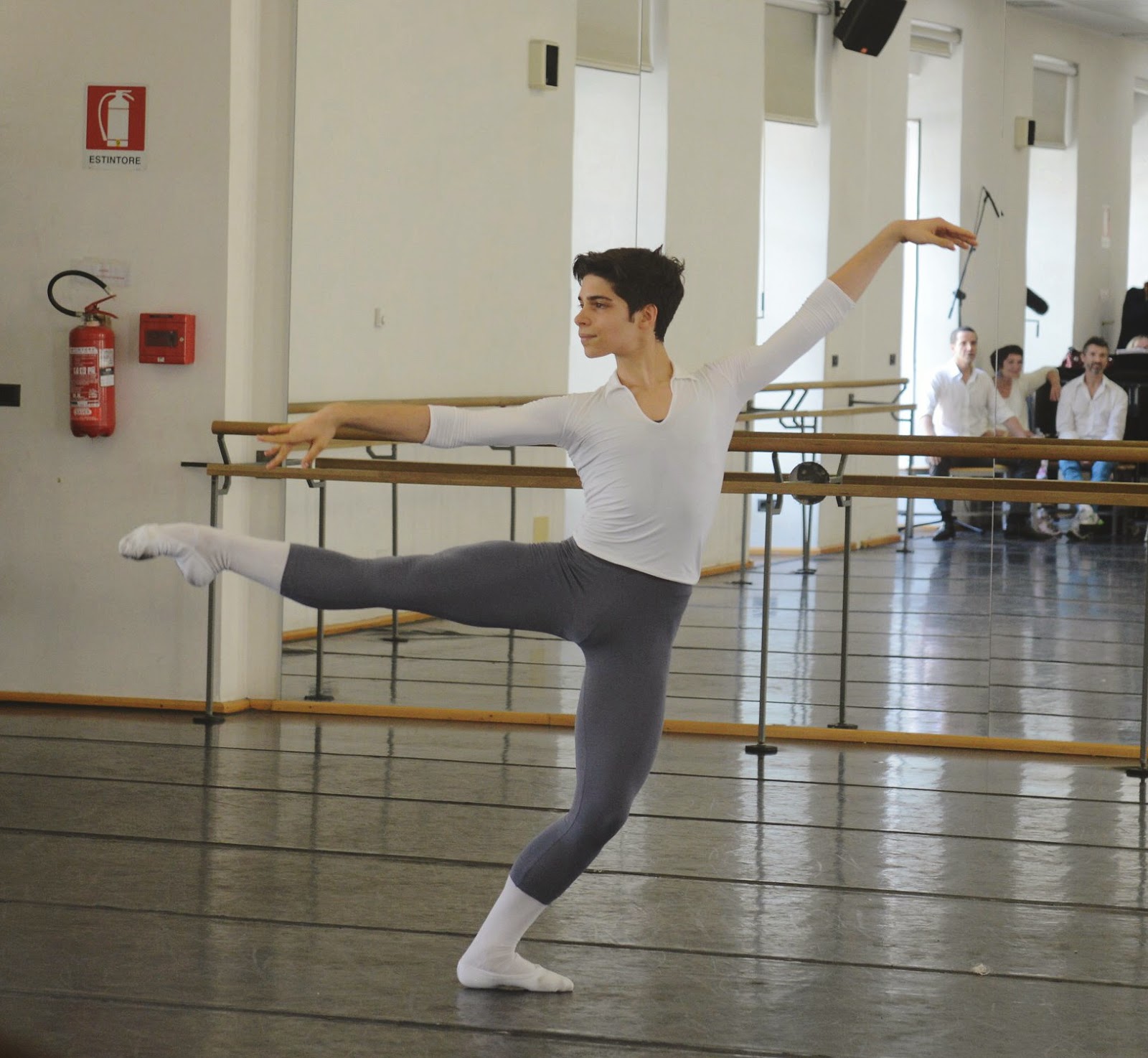 As a mother and former guidance counselor, I was moved by this young man's poise and maturity.  He's living his life doing something that he's passionate about.  He further appreciates how dance has changed his life and at the same time guides his life.  He shared that he truly understands how working hard can help you achieve great things.  He's excited about his opportunity to dance in Bordeaux. 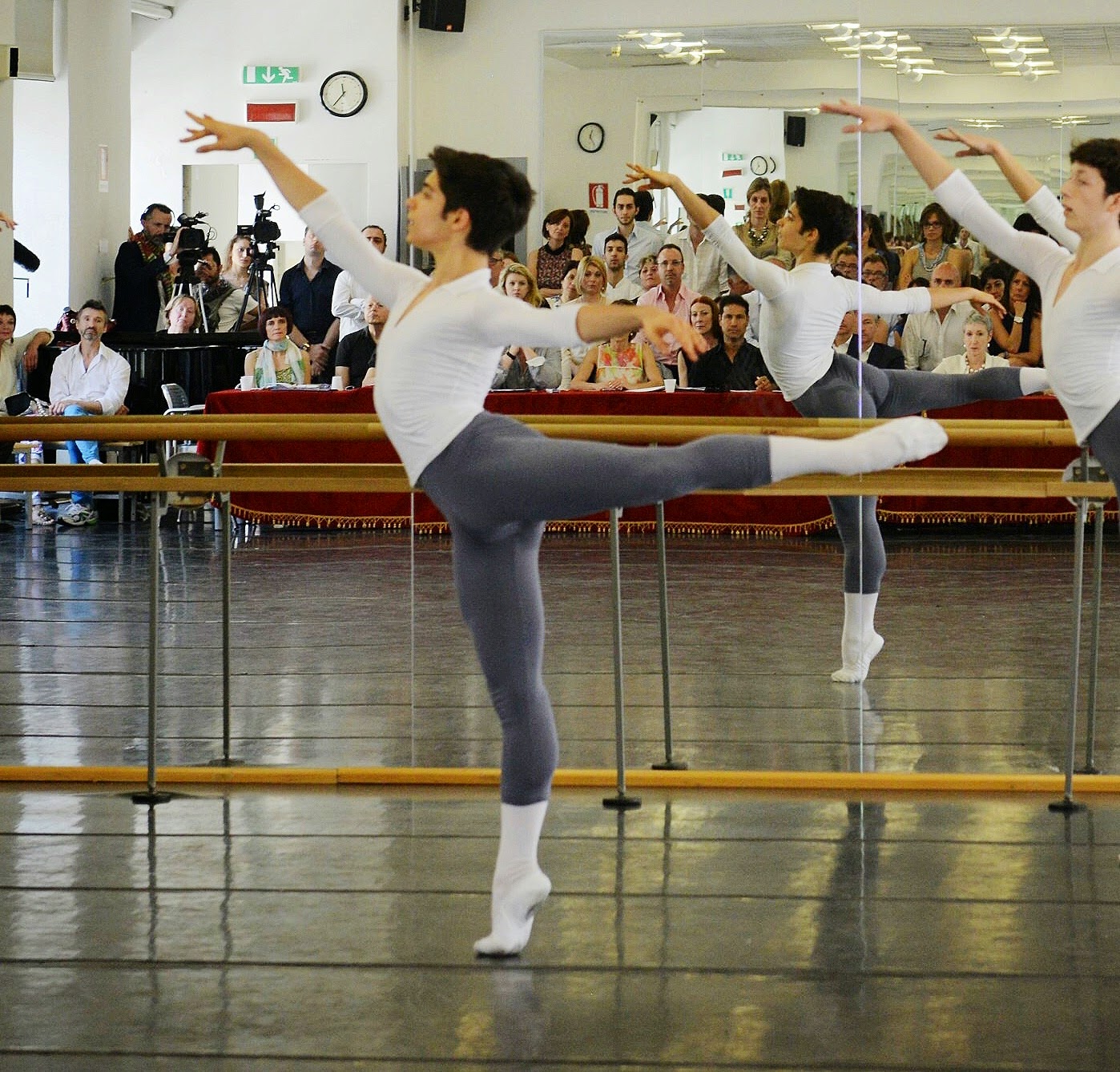 His maturity, grace and ability to express himself seemed far beyond his 19 years. Not only does he speak fluent English, but also French in addition to his native Italian.  At the same time, he's a down to earth guy, who loves social media, going out with his friends and enjoying life, like any other young man his age.

He loves all kinds of music, too many to name just one kind but one of his favorite singers is Beyonce.  He also loves the arts - going to museums - taking in art, history and masterpieces of the past. 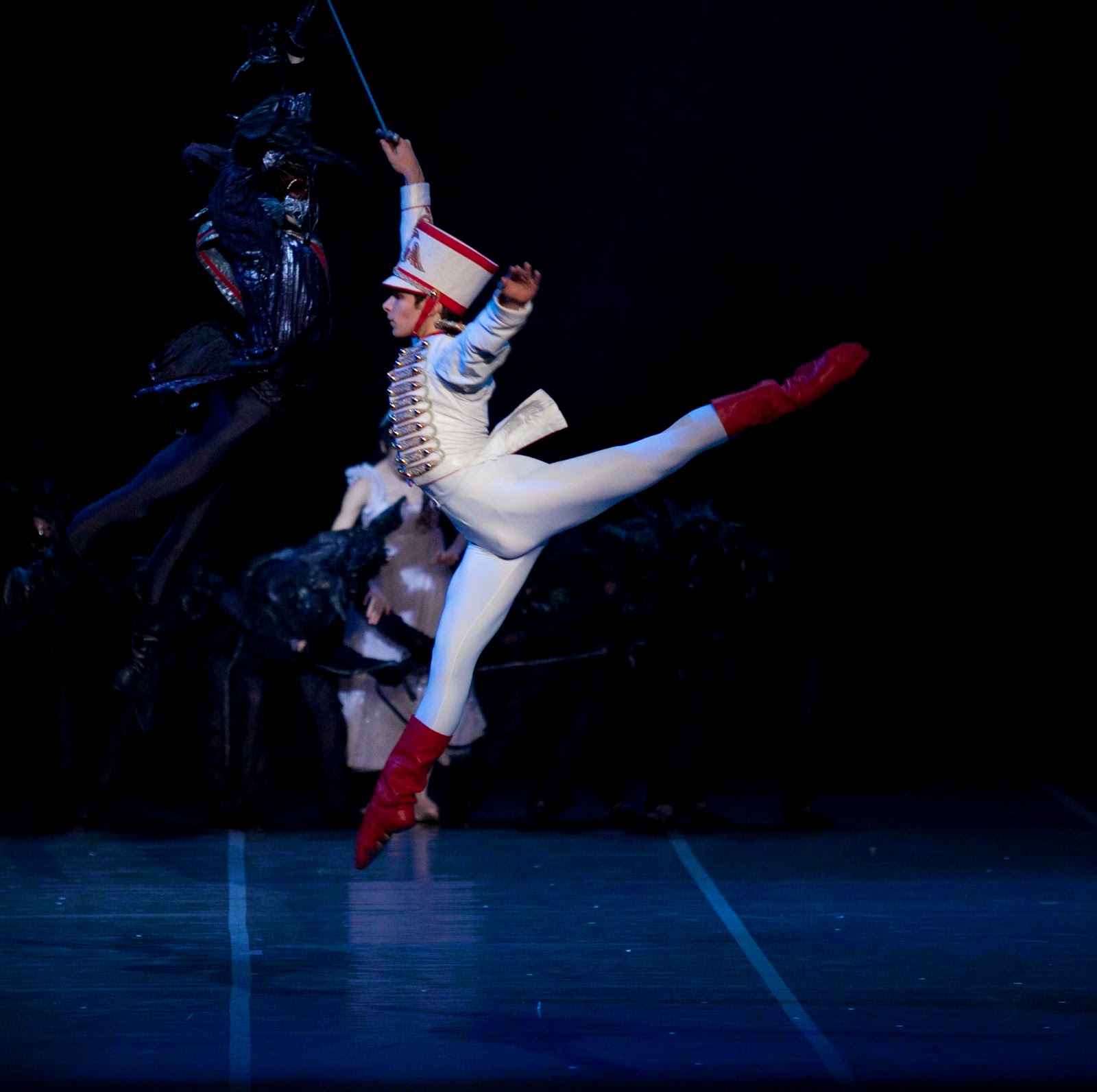 He said that he wouldn't be where he is today without the support of his family.  He truly appreciated his mother's encouragement and his parents committment to allowing him improve his dance ability by attending La Scala and pursue what steadily became his dream.

He's inspired not only by his family but by other professional dancers - Roberto Bolle  of the American Theater Ballet for his commitment and versatility with dance.  He' s also inspired by Xiomara Reyes, a cuban female dancer also with the American Theater Ballet Company.  Both dancers live their passion and work hard to achieve their success.  This ethic is what Oliviero says he finds rewarding and inspiring.  It's become part of who he is today.  After speaking with him, I couldn't agree more - he embodies these values and definitely seems to live them in his dance.

I hope you have enjoyed learning a little more about one of the dancers with the Bordeaux National Opera Company.  If you are in the Bordeaux area, you can see him perform the Russian Dance in the Nutcracker and he will be in other productions later this year. (Having seen him in the Dress Rehearsal - I have to say he's an excellent dancer and so fun to watch!)

It was refreshing to meet a young man who is following his dream, appreciates life and is passionate by everything that is around him but also strives to keep moving forward. According to Oliviero, life is a journey and experiences build upon each other.  He's so appreciative of his path, the insights he has gained, people he has met and opportunities he's had.  It was truly refreshing to interview and listen to him.

On a final note -  He's also really enjoying the city of Bordeaux and all that it has to offer - and after speaking with him - I'm not surprised! 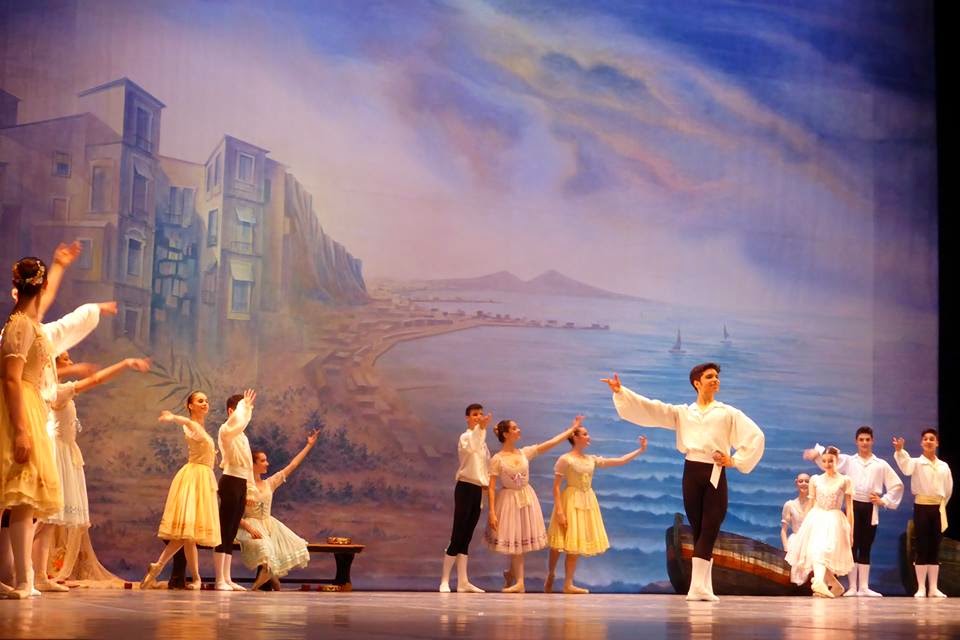 *Photos copyrighted and furnished by Oliviero Bifulco
Posted by American Mom in Bordeaux at 11:44 PM