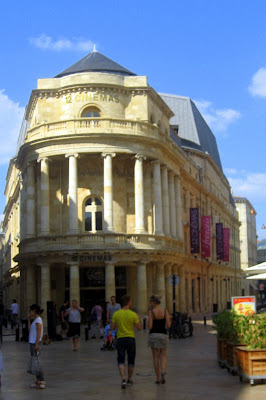 As another vacation is coming to a close, I realize I have not blogged about the city of Bordeaux, where we currently reside.  I've taken time to speak about all kinds of day trips, experiences and other places close by, but never really spoke about Bordeaux.

Since moving here 6 months ago, I find myself enjoying the city more and more.  It's a great place to live.  So much to see and do and really a very beautiful city!  When the kids are in school, I have fun meeting friends for coffee and lunch and just exploring.  We also find ourselves enjoying the city as a family.

I find it so easy and fun to take the tram into the city.  No dealing with parking, city driving or traffic.  It's a clean, relaxing and smooth ride.  We live out of the center city a bit - but the tram line is right in our town - so it's a quick hop to the park & ride and boom - on the tram.  I love that about living here.  I do have to adjust with the time factor (takes longer with all the stops) but it's worth it from the relaxing, non-stress side.  It's also very inexpensive - park & ride is only 3 euros and it doesn't matter how many people are in the car -it's 3 euros!  One has to pay for parking downtown, like in most cities so this is such a great alternative!! 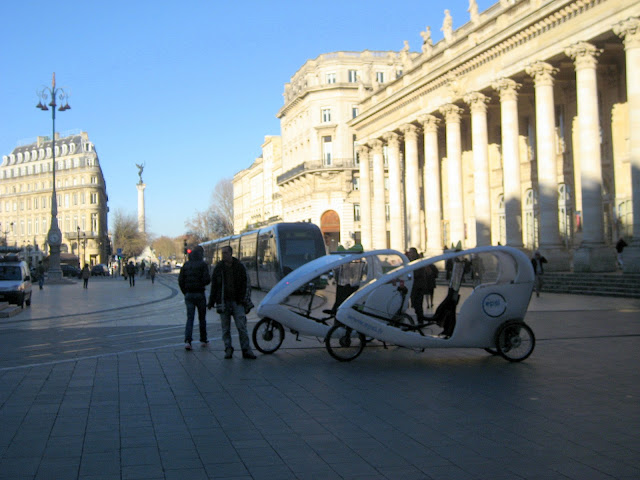 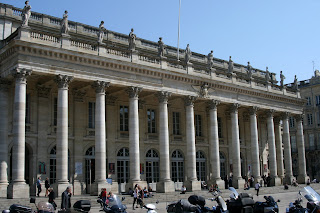 Even the kids have become "citified" learning how to read tram maps, count stops and deal with crowds.  This is a city after all - so there are also all kinds of people.   The city apparently did a huge clean up and renovation within the past 10years.  Cleaned up the darkened stone of the buildings, closed off streets for pedestrians only, and made the waterfront by the Garonne River beautiful.  It is really a pleasure to walk around downtown Bordeaux.  The city now is a wonderful mix of the old and the new.  Old beautiful buildings mixed with modern technology.  Another modern thing about Bordeaux is that they are making the center part WiFi accessible for free.  So great!

There are tons of shops, boutiques, restaurants, movie theaters and everything one needs.  What I also love is that there is a great open space downtown in the center - Place des Quinconces where festivals, carnivals, antique shows are all held various times throughout the year.  Now I have to say, being new here, these are just my initial thoughts and what I've seen in the last 6 months.  I am sure there is more to see than just what I'm describing here.  I'm also sure that as my year continues there will be more and more fun things to observe about different seasons. 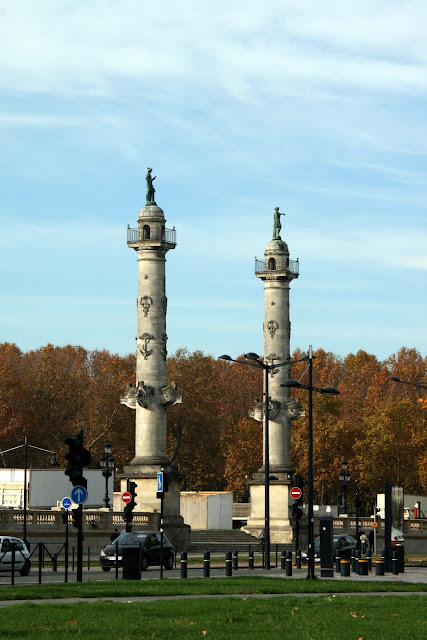 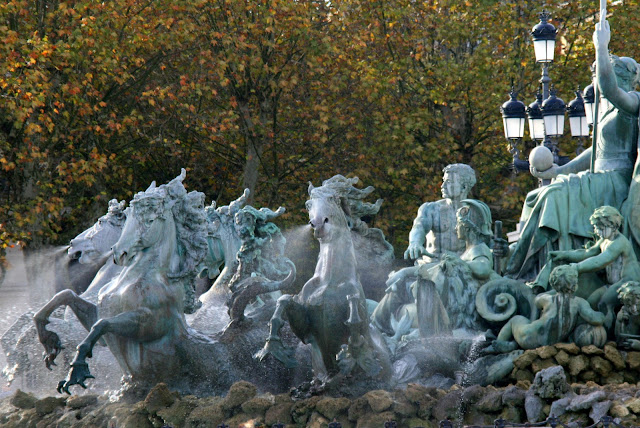 Also in center downtown, there is a really cool carousel.  The kids often enjoy rides on it.  It's just beautiful sitting downtown near the Grand Theatre and the Regent Hotel. 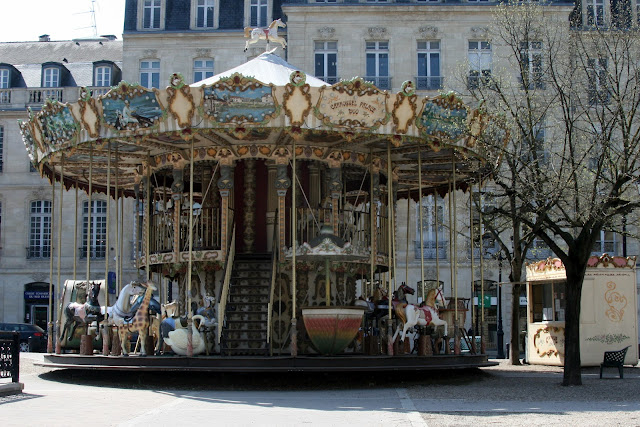 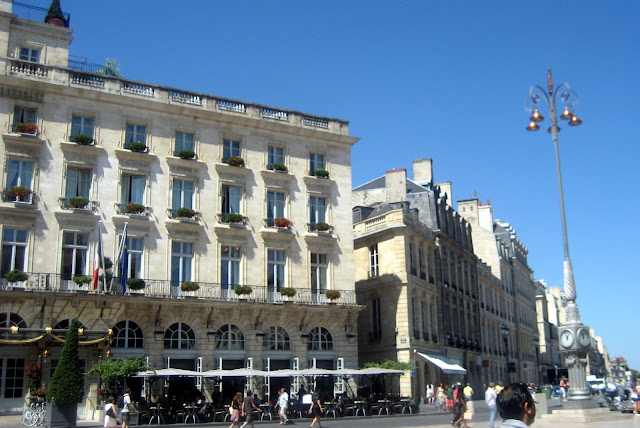 It's been fun to have visitors come to see us.  Since it is such a great city to walk around - there is so much to see.  There is also a stunning beautiful cathedral near the center of the city - Cathedrale Saint Andre at Place Pey Berland.  This is considered the Cathedral of Bordeaux and dates back to the late 11th century.  I've been in it several times now and each time I'm amazed by it's architecture, detail and just majesty.  At Christmas time, they set up temporary ice skating rinks next to it.  So fun to be outside skating near such history! 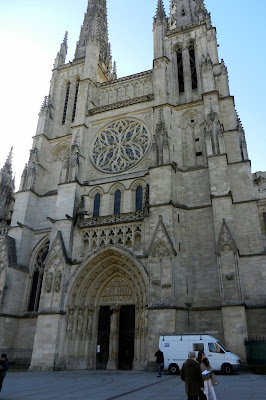 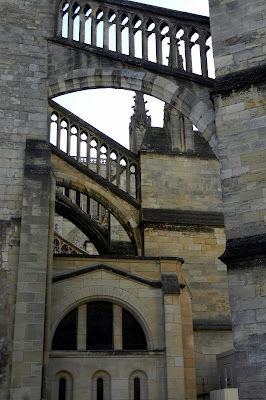 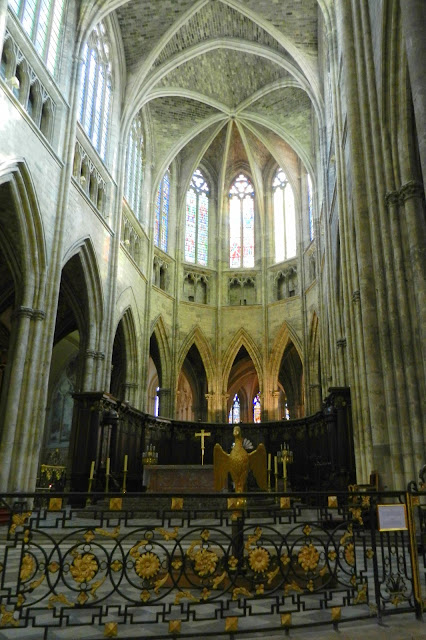 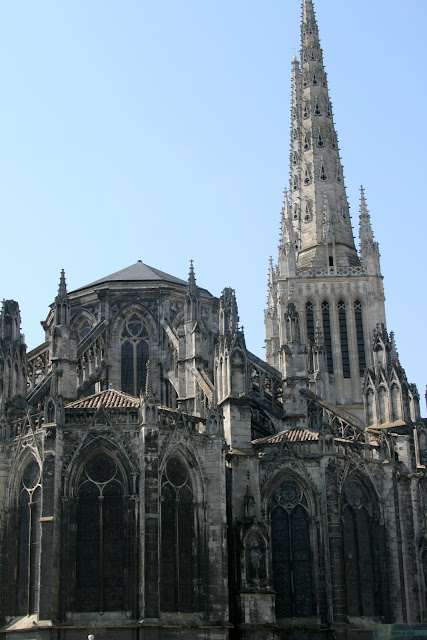 Down by the Garonne river - The Quai (or riverwalk) is beautiful.  Especially during the Spring & Summer with the flowers and the fountain.  I also found it nice to walk along during the winter.  All along the West bank of the river, it's Pedestrian only and you can walk from the Pont de Pierre all the way up to Cap Science.  There are gardens, fountains, and skate parks.  The walk is designed to be wide enough for lots of walkers, bikers and kids on scooters or rip sticks.  Such a great place to be as a family.

Way up the river headed North, past Centre Ville - they have converted old warehouses into an outlet shopping plaza and more restaurants - Les Hangers.  This is also a great place to walk around and shop!

Just past Les Hangers is Cap Science - the city's Science museum - I wrote about our experience there in March - a really fun place!  Fun at Cap Science 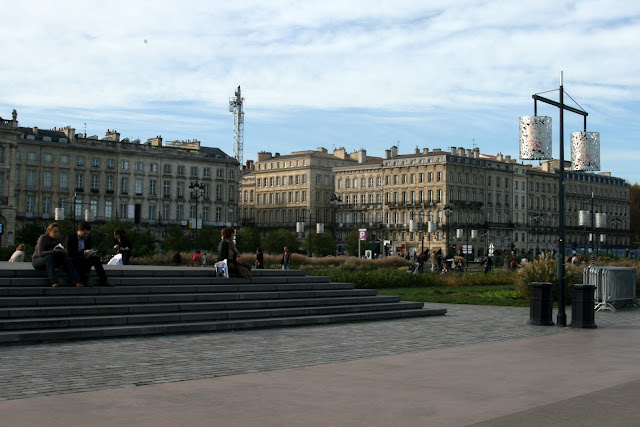 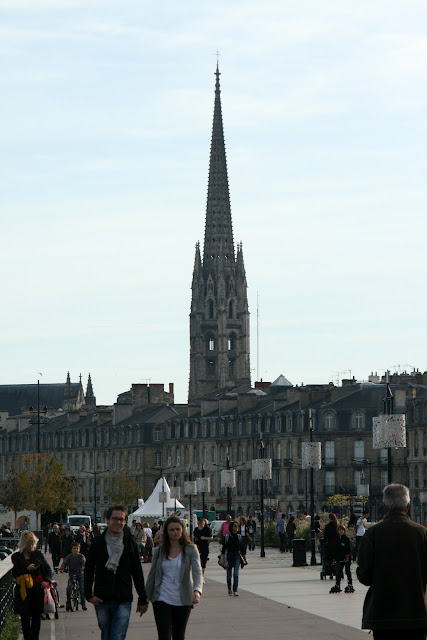 I have to say I am having a lot of fun exploring this city.  I love having so much to do and see so close by - but at the same time - it's not a huge city.  I have to say - I have been very spoiled for the last 15 years as I was living in Saratoga Springs, NY - there we had the small town feel with all the offerings of a city.  It's nice to find a medium size city that reminds me of home!!

This is just a small - Part I of information about Bordeaux.  I have just highlighted a few things.  In the another post I will tell more about other parts of the city - old Roman gates, ruins of an roman amphitheater, gardens and some other fun tidbits that I've learned.  It's always fun to explore new areas and also capture the experiences with my camera. 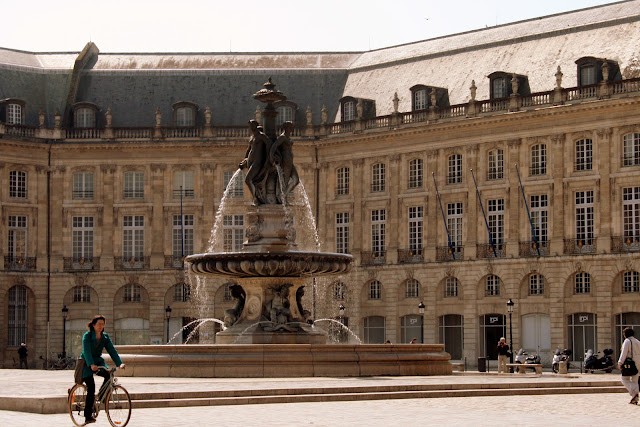 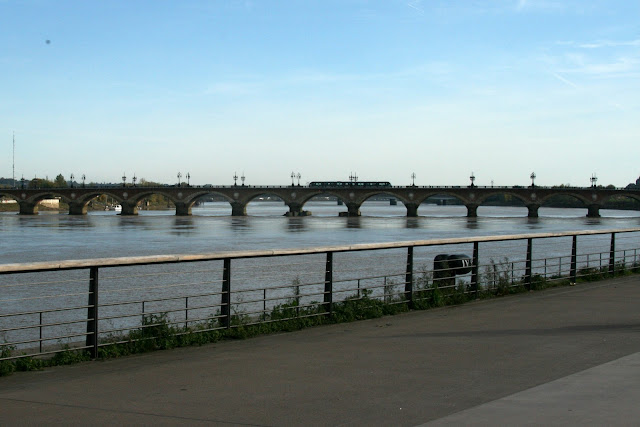 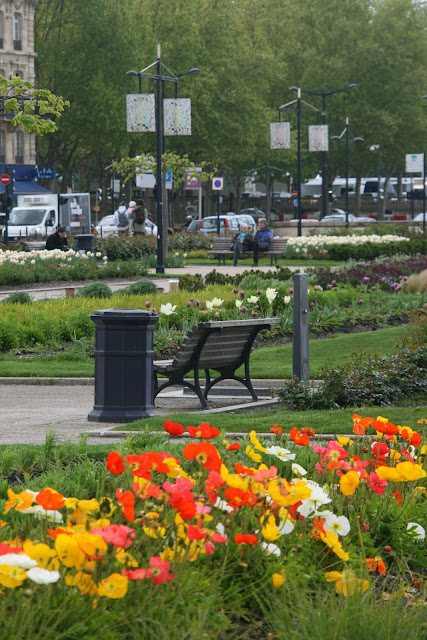 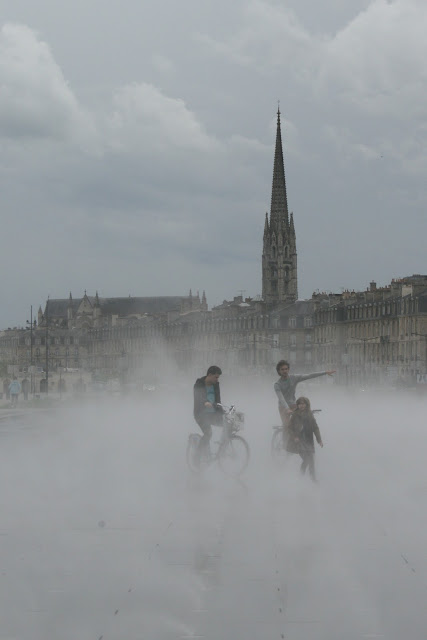 Posted by American Mom in Bordeaux at 9:11 AM