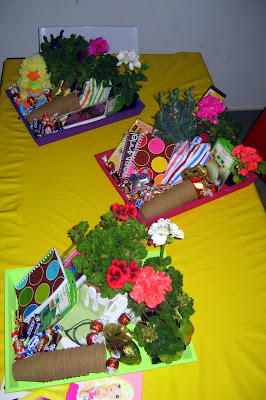 So as I was getting ready for Easter, I realized that I didn't bring the girls' Easter baskets over here.  As I began looking around at stores in France, I realized that Easter baskets like the ones we have in the States didn't exist in the same manner....It seemed that French kids had chocolate Easter egg hunts, could receive chocolate bunnies, bells or assortment of other chocolate, but the "American" grass and baskets were not to be found.  This was going to be interesting.

Lucky for me, as I was reading one of the blogs I follow,  Design Mom, she described a version of a Little Farmer Easter basket, as suggested by Elisabeth of  My Growing Home.  This got me thinking, my girls have always loved to garden and tend to plants.  This interest has been cultivated through the years from their schools and various projects.  Wouldn't it be cool to give them some plants and seeds as part of their baskets or create the whole basket around this theme.

Now,Design Mom used wine boxes for her baskets, I was unable to get a hold of any of those, but managed to find some unfinished wooden trays.  Even though, these were not necessarily boxes or baskets, they would work to hold the plants and assortment of other things.  I painted each tray the favorite color of each girl - One Lime Green, one bright Pink and one deep purple.  I figured also that we could use these trays later to further personalize or decoupage.

I placed in each tray, 2 geranium plants, another flowering plant and then 2 packets of seeds.  I was also able to find some gardening gloves for each girl.  I also included small planting cups to start the seeds.  Intermixed around the plants and seeds were pieces of chocolate and candy.  Each child also got a notebook, and another small gift.  My youngest received a cute stuffed chick.  As my girls don't miss a beat and realized also that we didn't have our regular baskets to leave out for the bunny - we left a note telling the Easter bunny to do as he wished.

I have to say, I don't remember my girls ever being so excited about their Easter baskets.  Even my oldest, who plays along for his sister's sake - was thrilled with her new plants.  Within an hour, they had all the plants outside on our patio and watered...waiting to be planted.  They all compared their seeds and decided we would have a COOL garden this year and keep asking me when we can plant it.  It's so fun to see them get so excited about something natural!  I think their faces show it all!  By the way, they didn't miss out on the French tradition of cool Easter chocolate as their French grandparents and American grandmother made sure they received some cute delicious chocolate animals!  I have a feeling we have started a new tradition here! 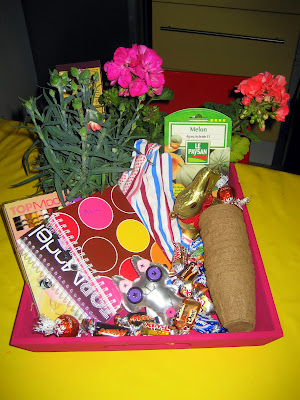 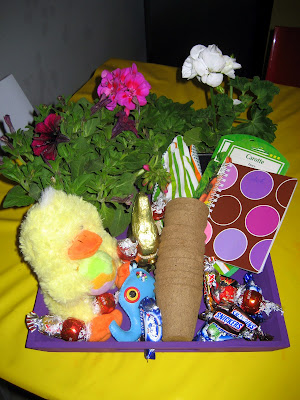 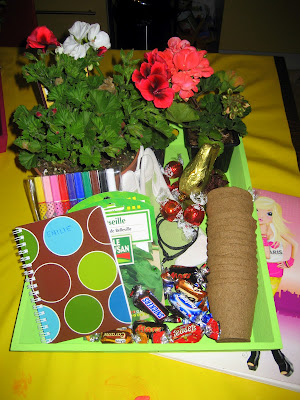 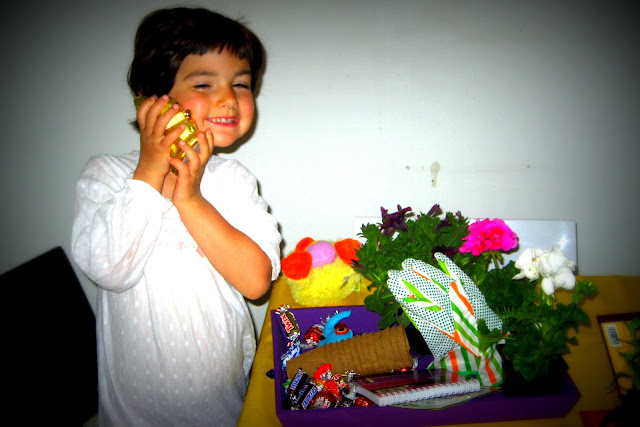 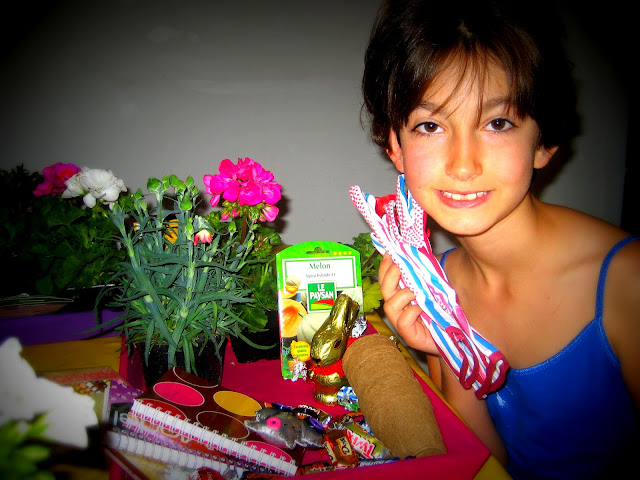 Posted by American Mom in Bordeaux at 11:06 PM