Today is France's Independence Day - the day the power went to the people!  This day, similar to July 4th in the States is celebrated with military ceremonies, community balls and of course, fireworks.

This year, le 14 Juillet (as the French call it!) falls on a Sunday.  This means that the whole weekend has been full of celebrations!  Since we only get to enjoy this holiday but once a year, we decided to take the girls to see the fireworks.  (Remember, in France, in the summer it doesn't get dark until after 10:30 pm)  Most fireworks begin between 11 pm and 11:30pm!  Since my middle daughter is leaving for camp early Monday morning - going tonight wasn't going to be the best plan.  So I looked around for towns that were celebrating on Saturday night - and lucky us - the town, next door - Merignac had it's community celebration last night.

What fun we had!!  They began celebrating with a military demonstration at 7 pm, followed by an outdoor "bal" or dance in the town square.  They had vendors selling food, face painting & balloons for the kids and tables lined up for seating.  On one end was the grandstand where a band played all evening and everyone could dance!  All ages, all kinds of dancing, slow, fast, traditional, cha-cha , line dancing...you name it, the French do it!! Everyone was having a grand old time - the evening was warm and clear and perfect for being outside!    (We joined into the festivities closer to 9 pm)

So much fun - perfect setting for this kind of event.  These "bals" as they call them in France are very common and are held outside in town squares or open areas conducive for larger groups.  They are free and open to the public.  For me, it's nice to watch everyone come together and have a great time.  On older gentleman even gave my middle daughter some impromptu dance lessons.

At 11 pm, the music stopped and the whole crowd paraded out of the center of town to the local stadium.  This parade was led by a circus performer on stilts who was twirling sparklers as he lead everyone the 15 min. walk down to the where we would be able to see the fireworks!  Other performers were interspersed within the crowd, lighting sparklers, fountains and firecrackers along the way - colorful and noisy - but lots of fun!  The girls loved being in the "parade" and found it fascinating to watch the light show as we walked!


As we arrived at the stadium, we settled down onto the grass outside the stadium and watched for the next 30 minutes -a fun firework show set to music!  It was definitely a fun filled evening!! 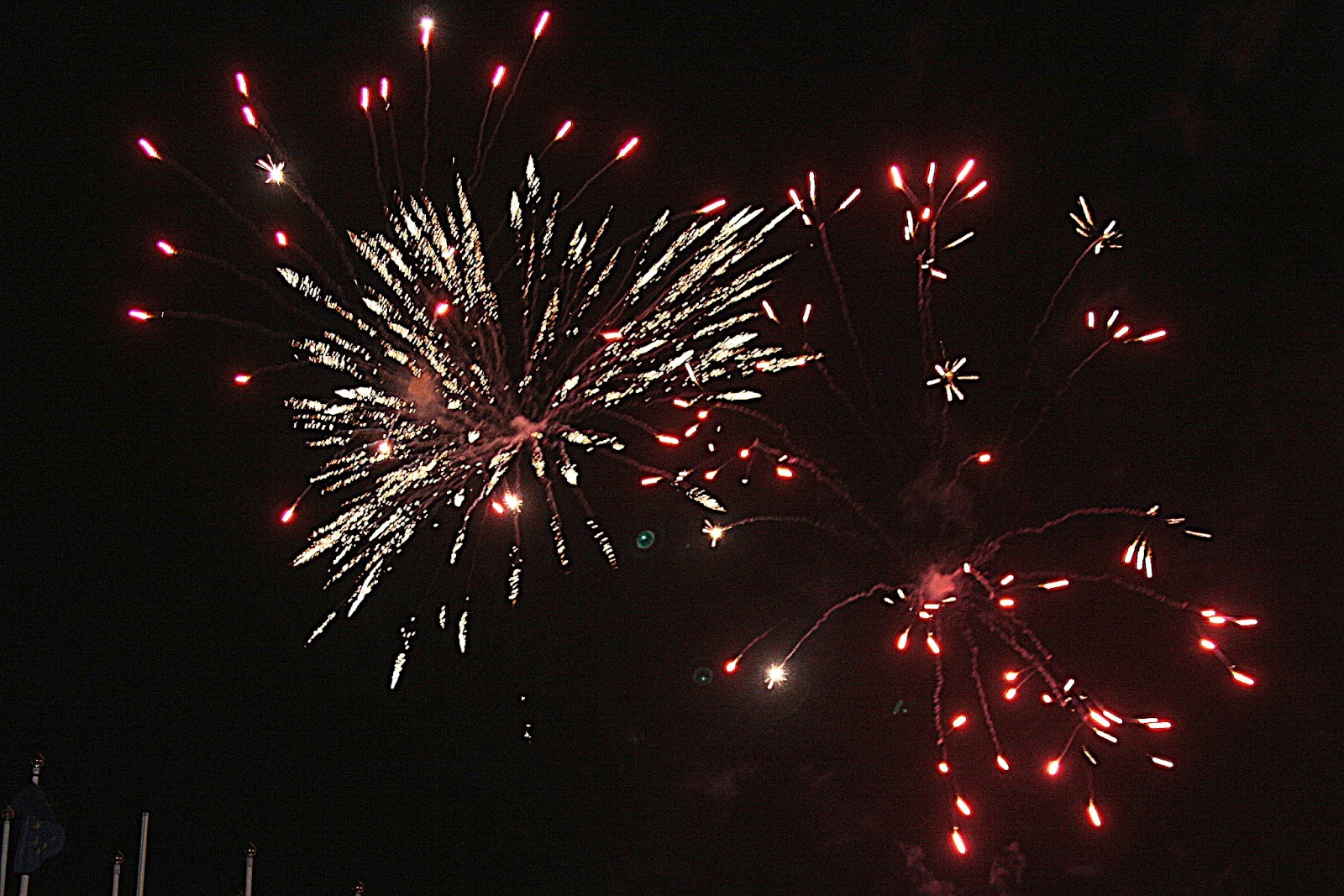 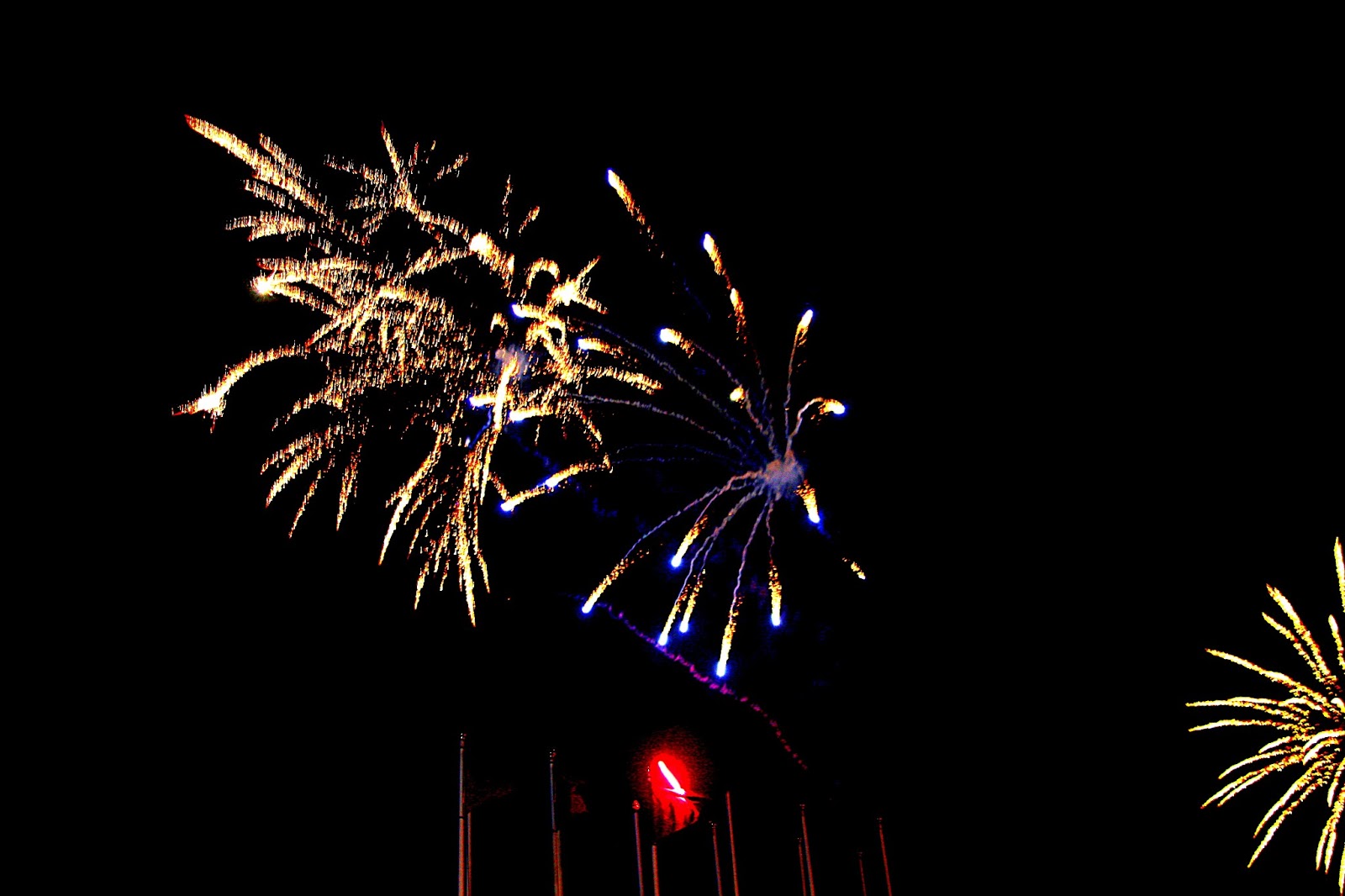 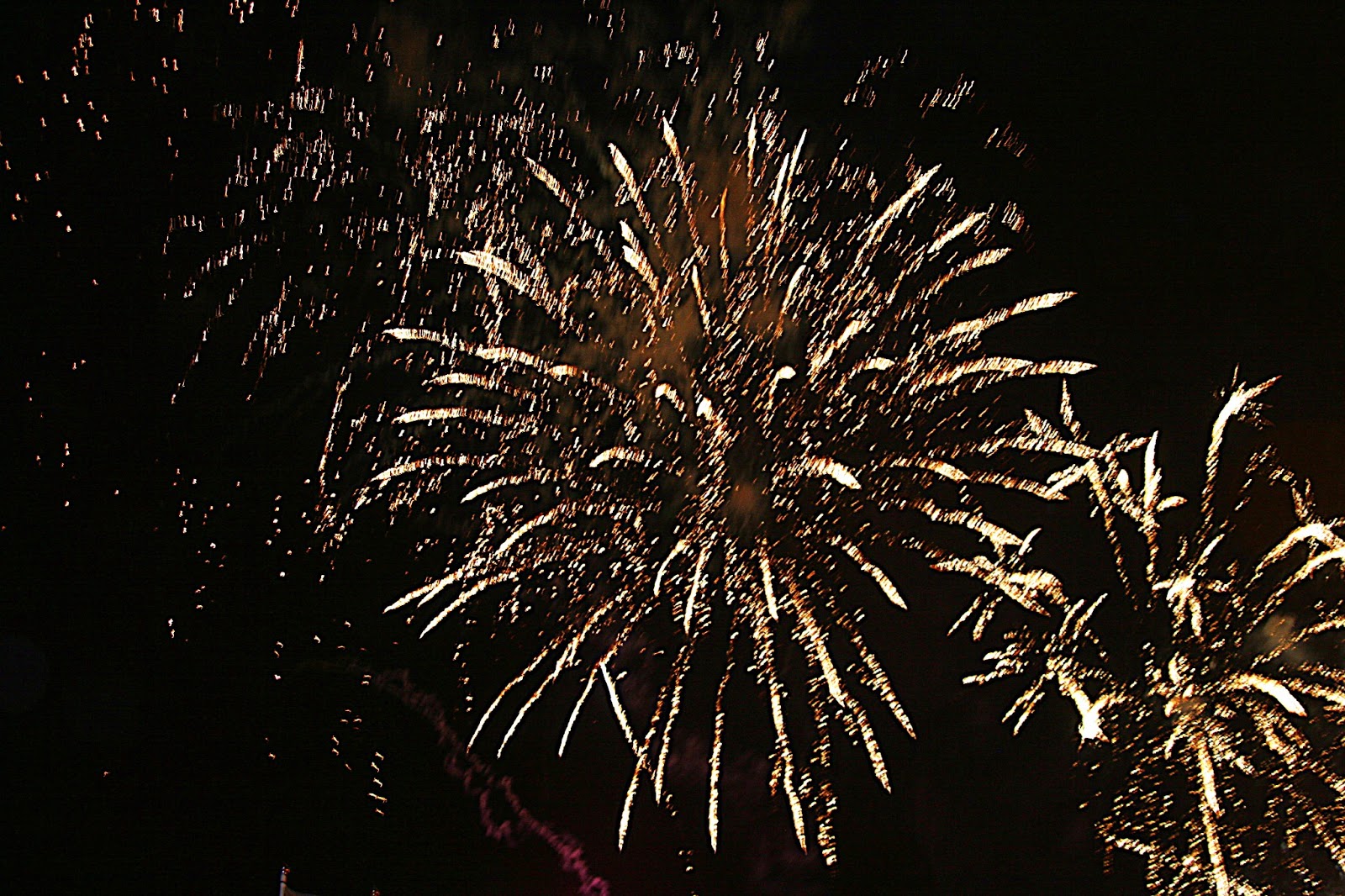 So Happy Bastille Day France - May the day be enjoyed by all who celebrate!  We were thrilled to be part of your special day!

Posted by American Mom in Bordeaux at 10:30 AM