Saint Emilion - It's not only about the wine..fun for families too

Easter afternoon -
Chateau Soutard & Saint Emilion
I feel like I have been trying to write this post for weeks - but life as usually, gets really busy around here.  Whose life isnt' busy?  Here's how we spent our Easter afternoon - enjoying some special time in Saint Emilion.  We started our afternoon at Chateau Soutard - a Grand Cru Classé chateaux in Saint Emilion just on the outskirts of the town.  One of the things I loved about this Chateau, besides it's beauty was that for that particular afternoon it was very family friendly.  The event began with a visit to the Chateau and an egg hunt for the kids.

There were then pony rides for the younger children and table/umbrellas for the adults to sit and enjoy the sunshine.  We just enjoyed wandering around the property, while my 2 younger girls kept getting back in line to ride the pony loop. 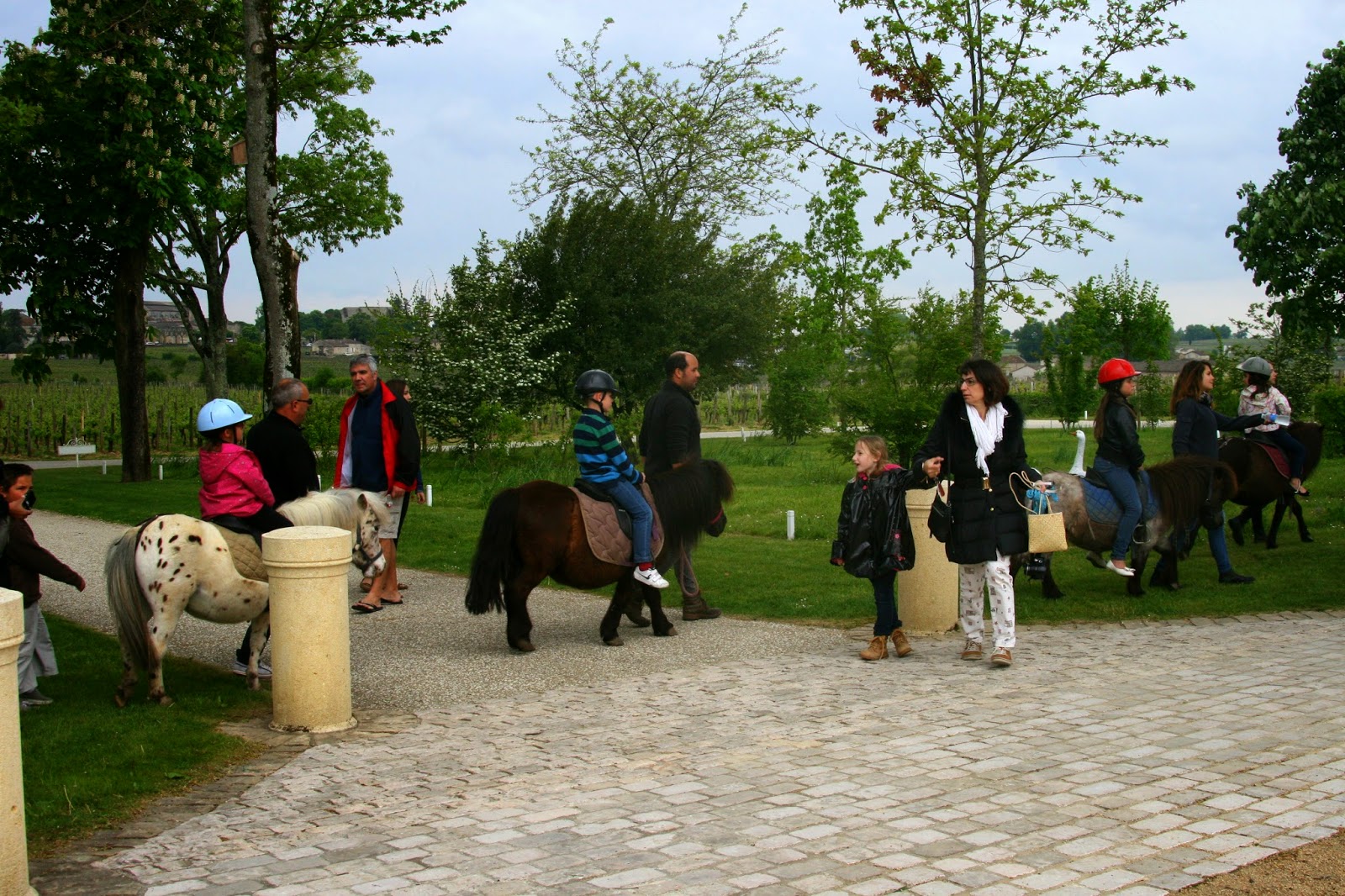 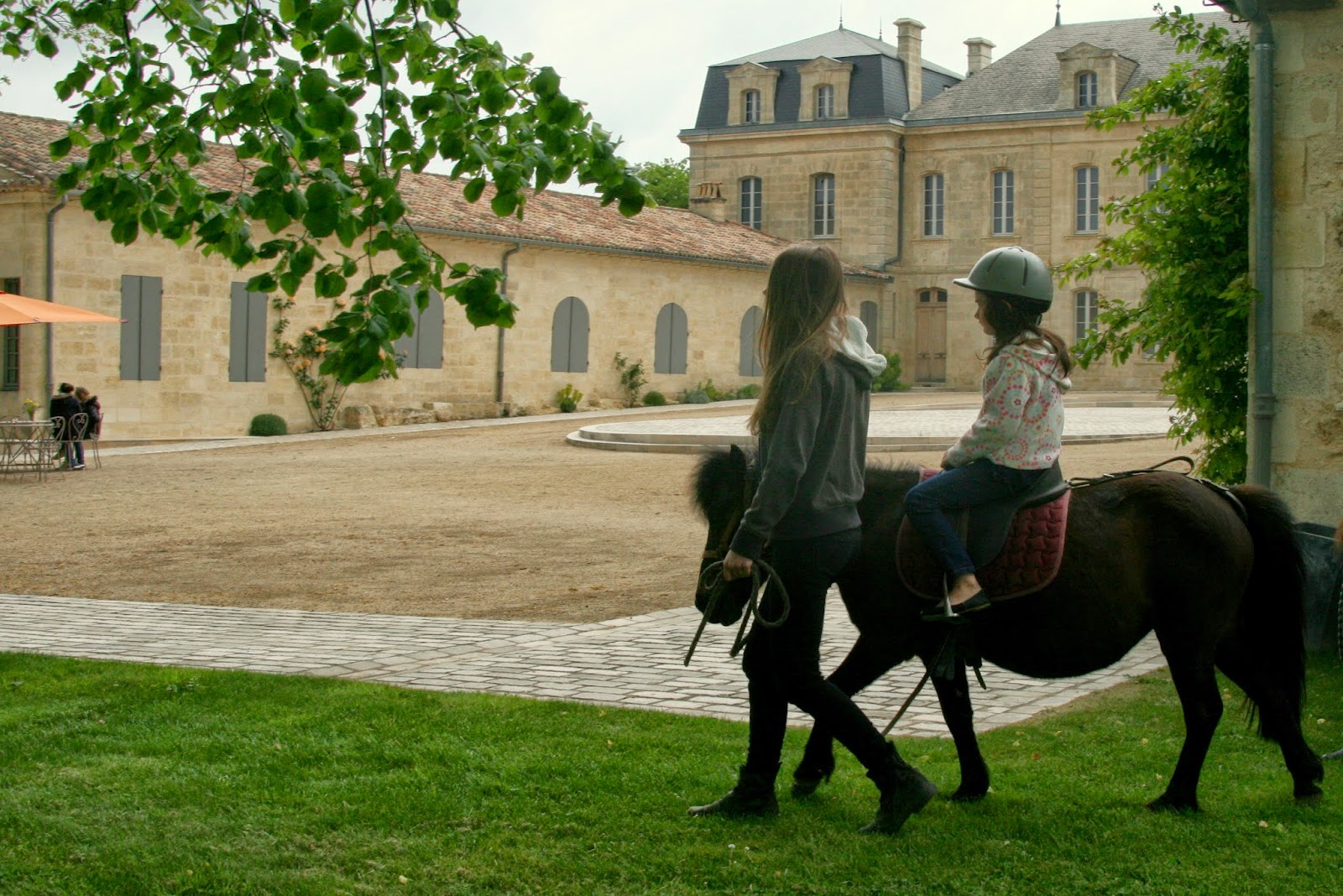 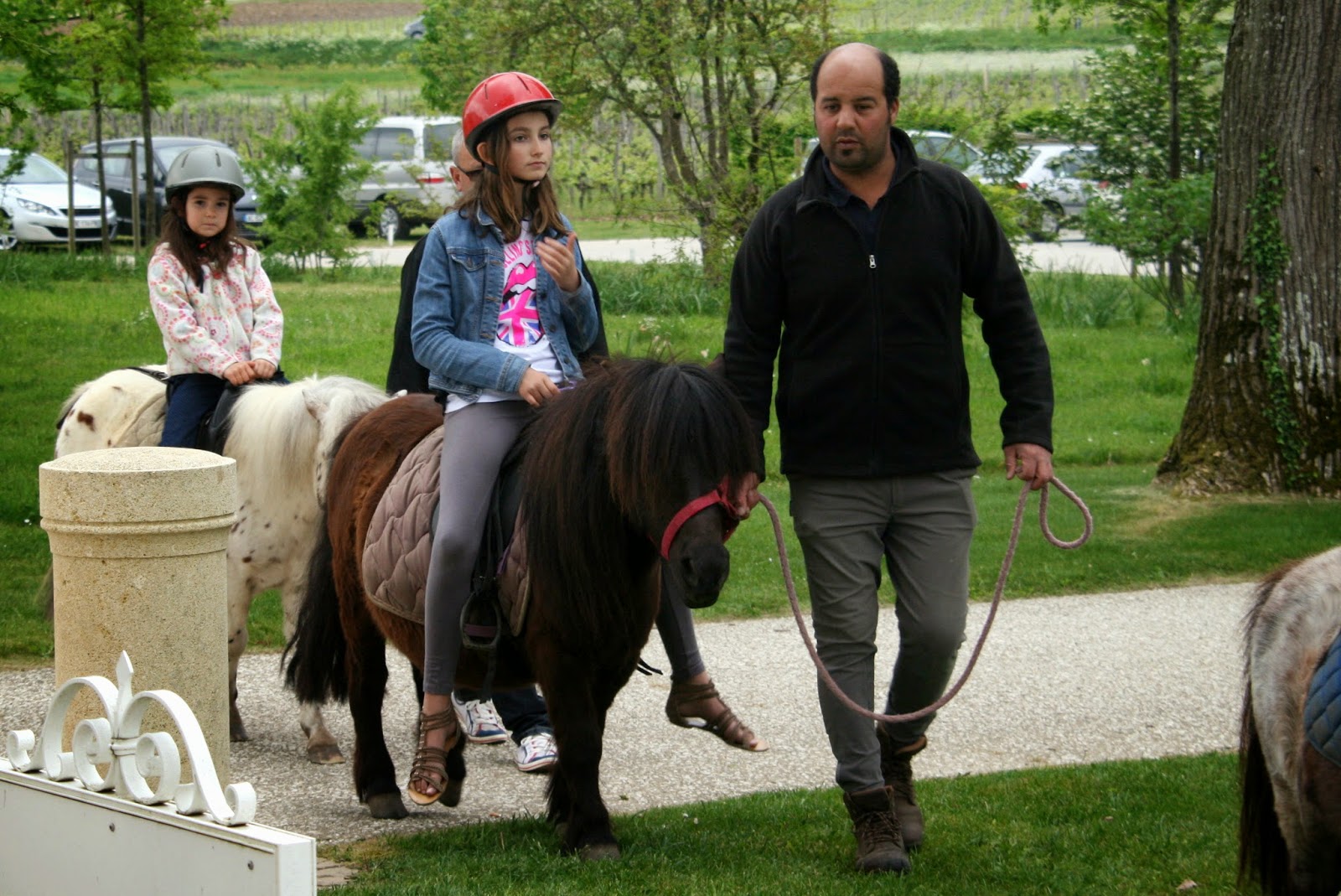 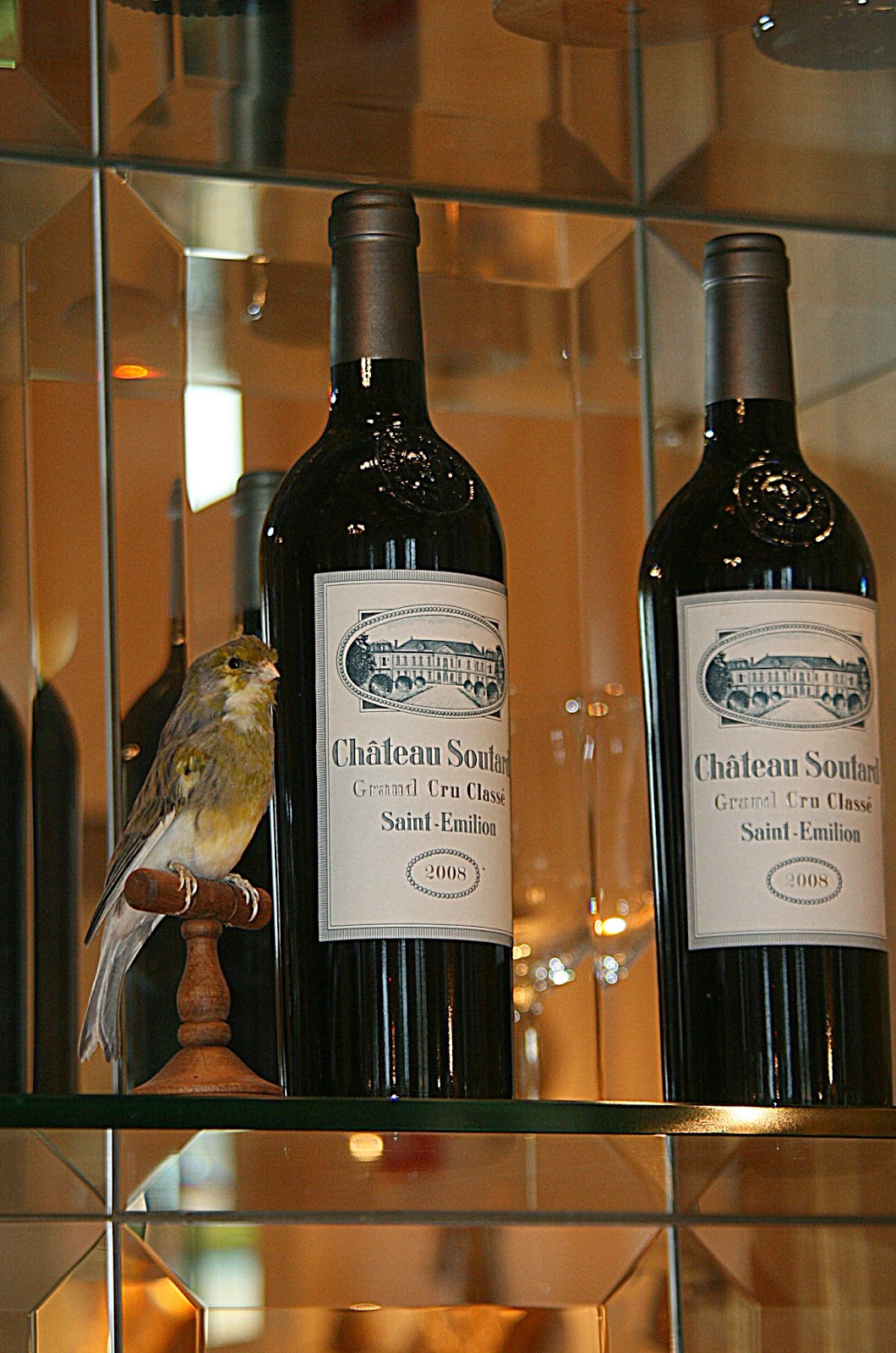 The landscape of Saint Emilion, itself is stunning - I love how the vineyards stretch out along the hillside and the fields of wildflowers! 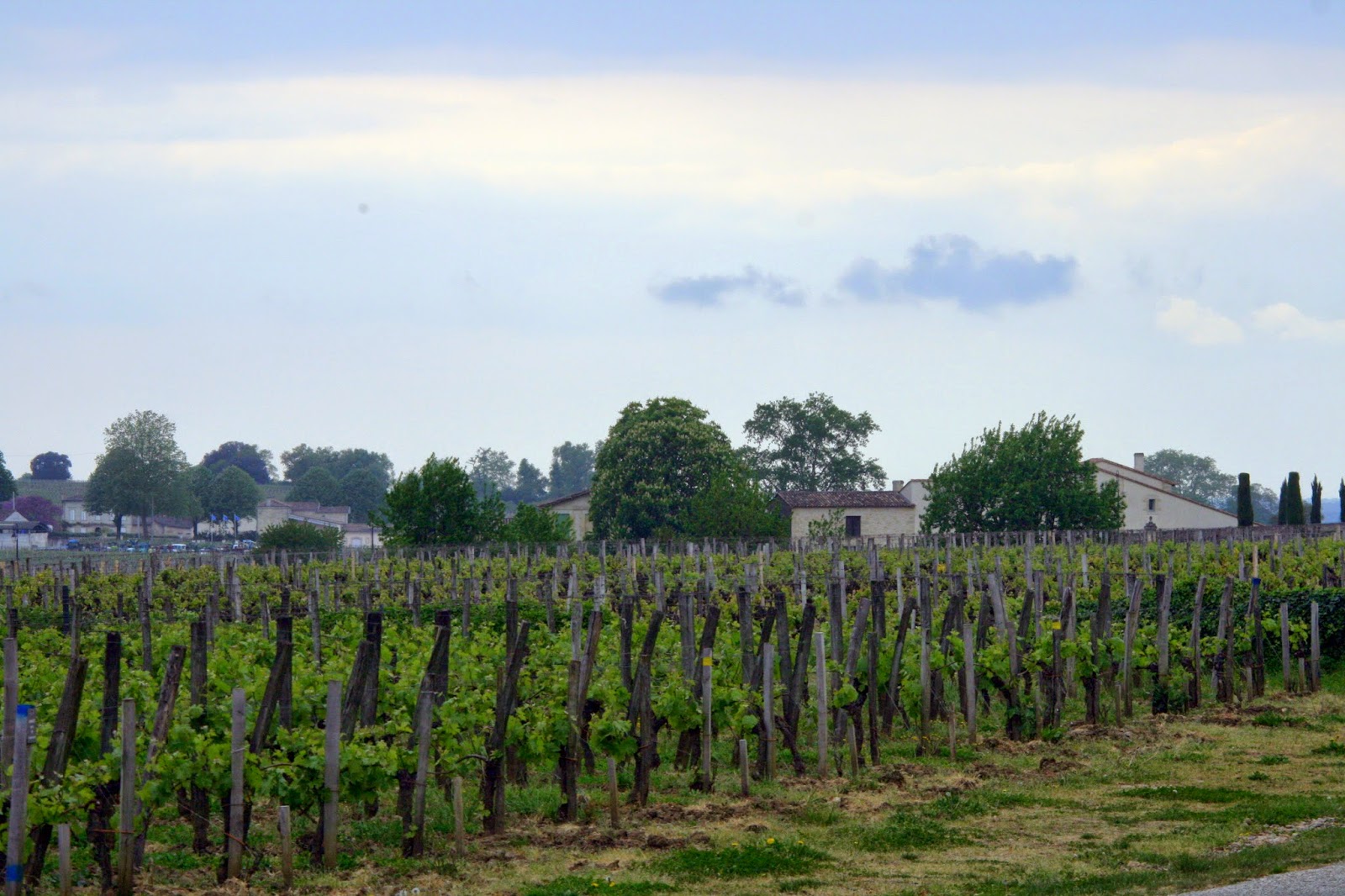 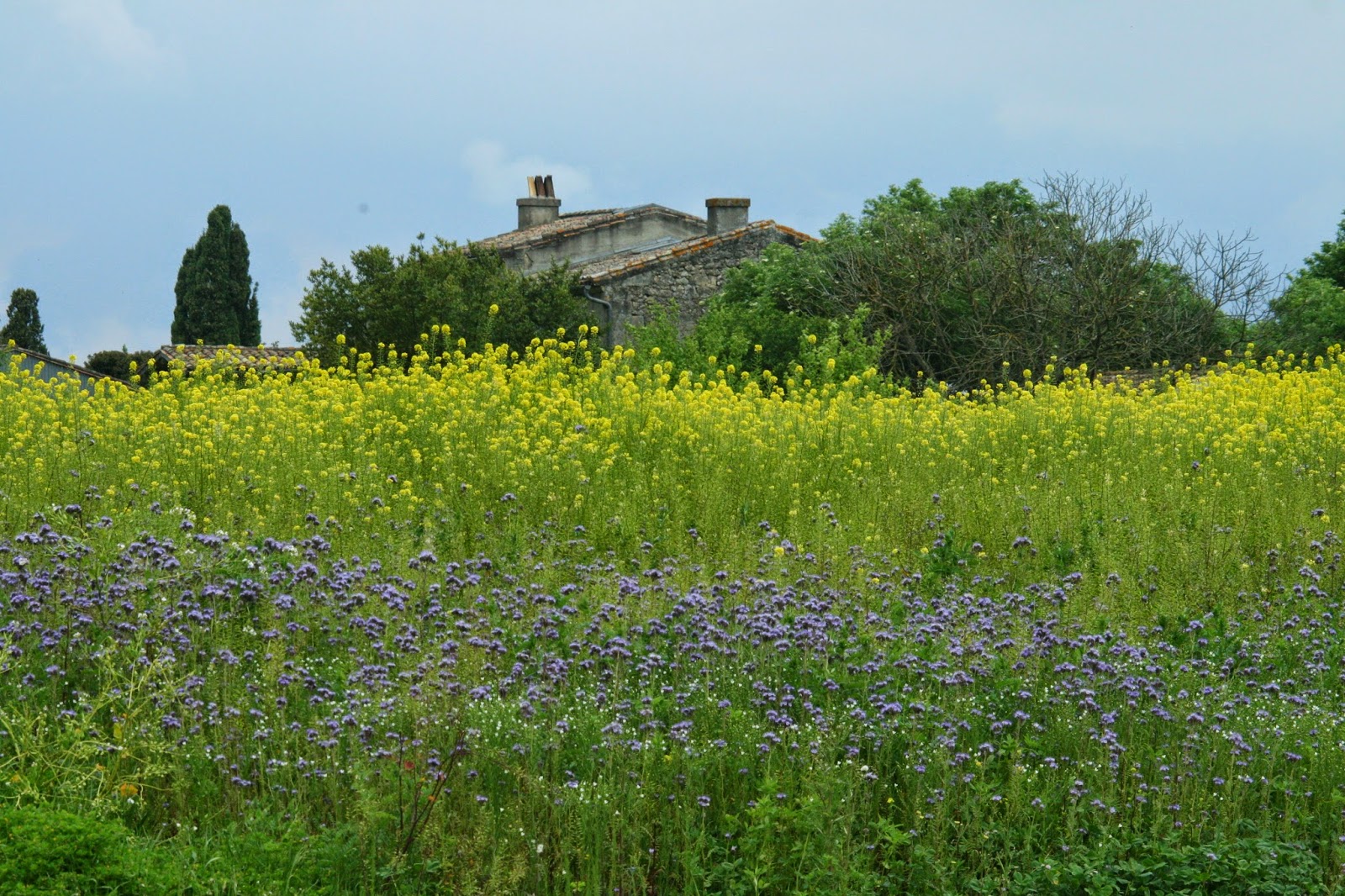 After we enjoyed over an hour at the Chateau, we took the kids into the town.  It's funny, my husband and I have visited Saint Emilion several times both together and separately with friends.  I think because it's known for its wine more than anything else - it's a place, I don't often think to visit with the kids.  But this medieval village has loads to offer families and we all spent a great afternoon wandering around the cobblestone streets.


A little history about this town - originally called Ascumbas.  St. Emilion was named for a Benedictine monk, Emilian who arrived in the 8th century.  He made such a strong impact on the town that it eventually took his name.  The town back then was the center of religious life.  Monks carved an entire church from one single piece of limestone beginning in the 9th century and taking 300 years - this church still exists in the hill and it said to be the greatest monolithic church in Europe.

As time passed, the town prospered for many reasons and eventually became fortified to protect itself from invaders.  During the 12th century, the town became even more fortified with an addition of a moat, gates, the City keep, the King's Tower and the inner ramparts built to strengthen the fortifications.

Unfortunately this town suffered a decline during the 16th to 18th centuries and during the French revolution, many residents moved out leaving the town an easy target for revolutionaries and vandals who further damaged the town and at one point Saint Emilion, itself was deserted.

In the mid 1800's with the growth of the wine trade and commerce related to it, a new prosperity was brought to the region.  Saint Emilion began developing a reputation for its wines, so traders and tourists returned to the area.  The town today is a result of this re-birth from the 1800's and today is a beautiful, quintessential village and a "must see" for travellers to the Bordeaux area. 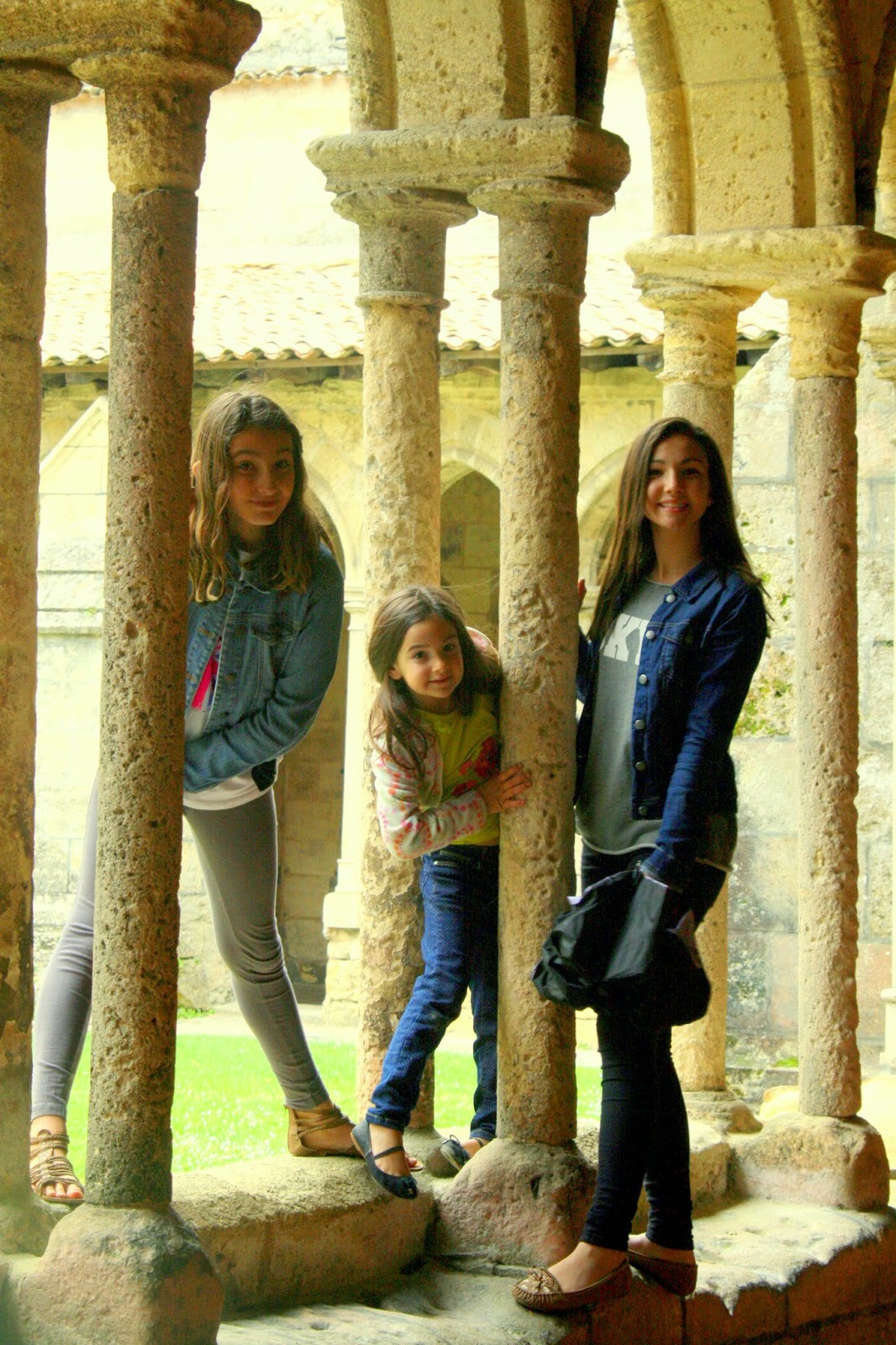 As a family we enjoyed wandering the streets, seeing the cloisters of the Church and a little shopping.  Since we arrived late in the afternoon and it was Easter Sunday, we didn't take advantage of climbing the bell tower or touring the monolithic church - but I know my girls would have found both a lot of fun and very interesting! 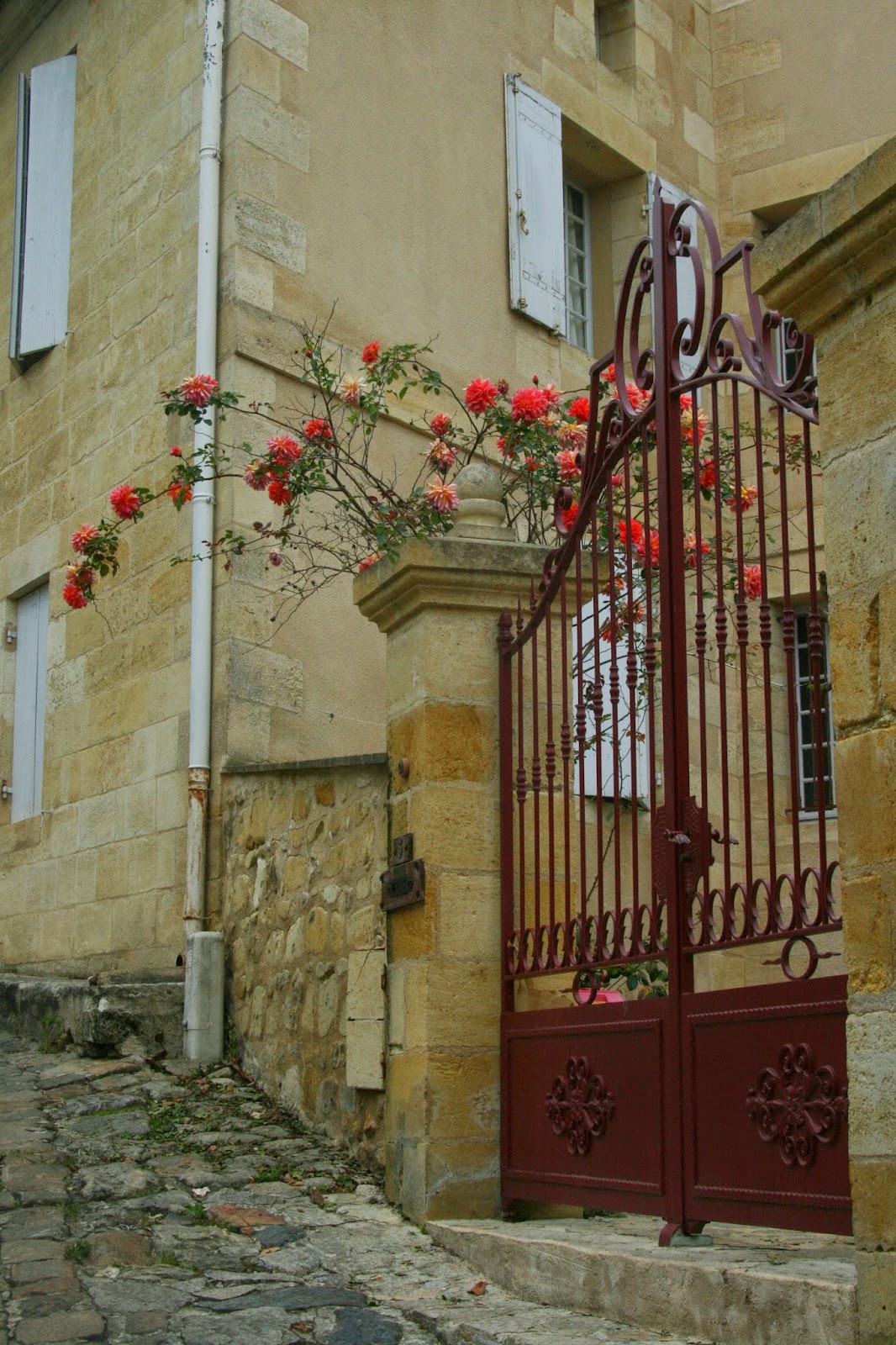 Saint Emilion had been protected by UNESCO, as a world heritage site since 1999.  It definitely is a fun town for a family to spend an afternoon or part of a day.  Wine is certainly a large part its history, but I think it's just as fun for families to come tour around, climb up and down the hills and absorb the history of this place!  In another post, I will talk more about the macaroons that were developed in this area, some of the older buildings and of course all the "very cool" caves that run underground!!  This beautiful place has so much to offer!!

Posted by American Mom in Bordeaux at 12:04 PM