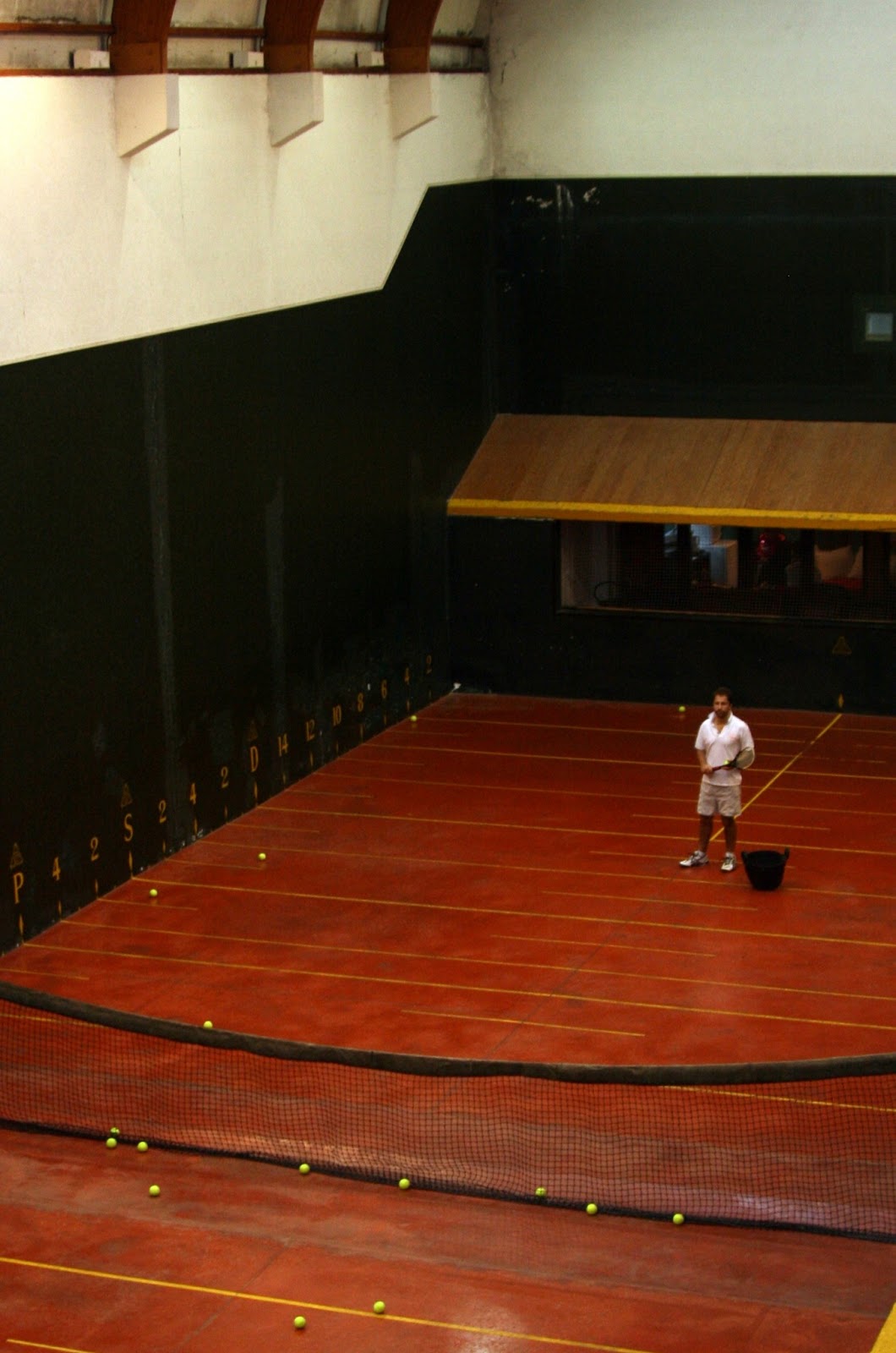 Make a difference - Save a sport! 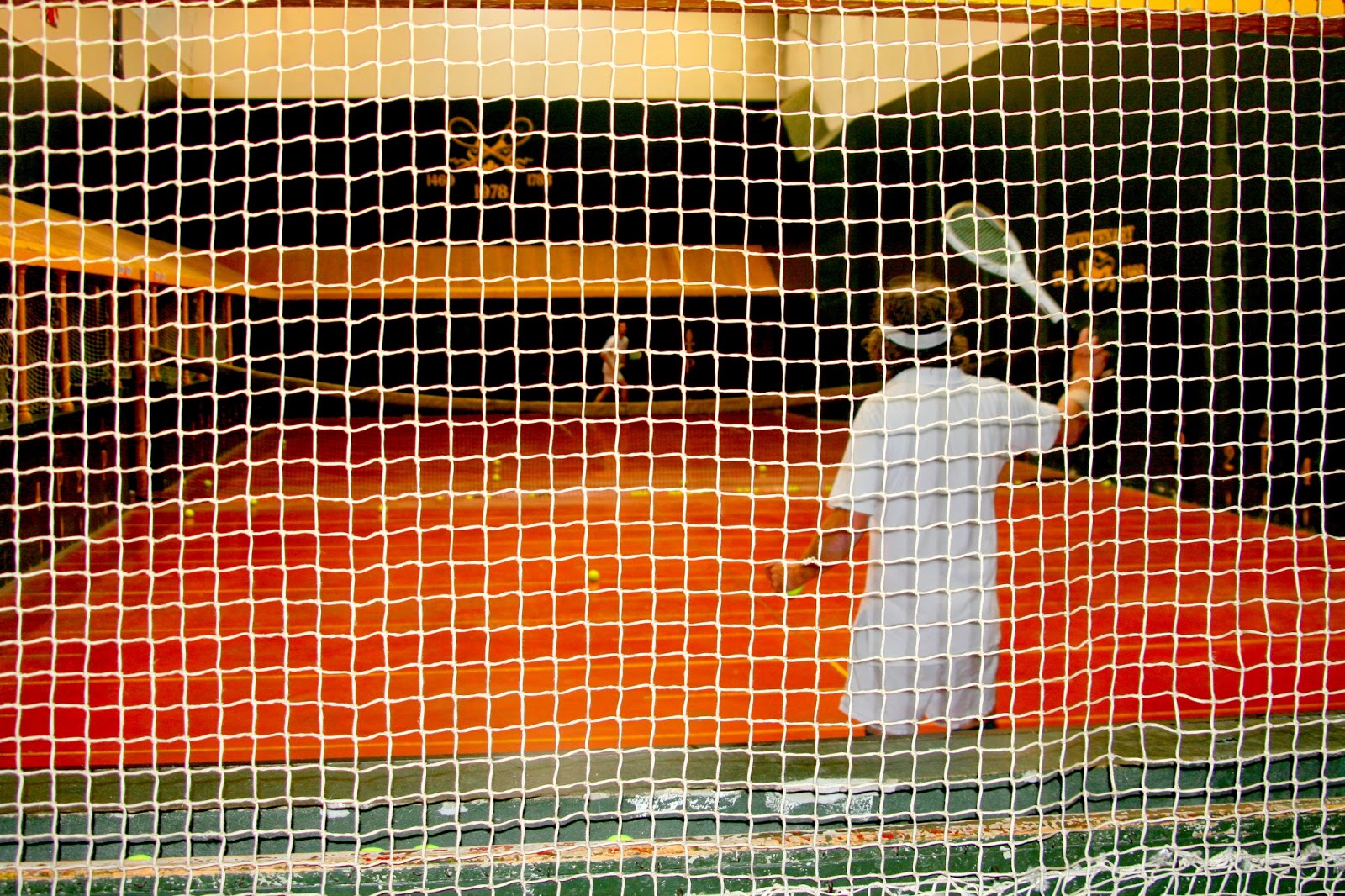 Last year in Bordeaux, I was introduced to a very interesting game that I had actually never heard of before - Jeu de paume or Palm game.  The local club here in Bordeaux held an exhibition to introduce the game to others and also to kids.  It was very interesting to learn about this game and the kids enjoyed trying out something new. 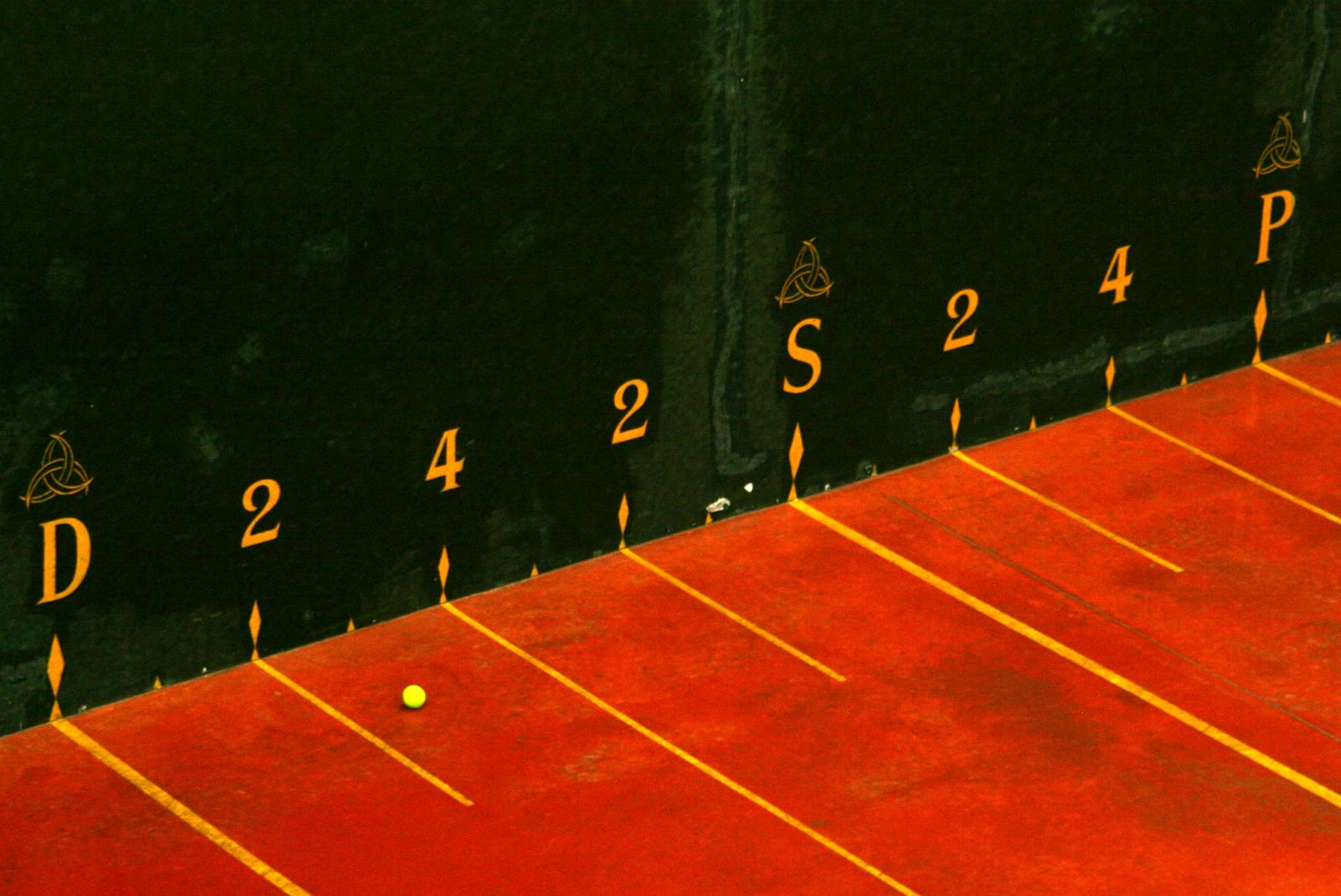 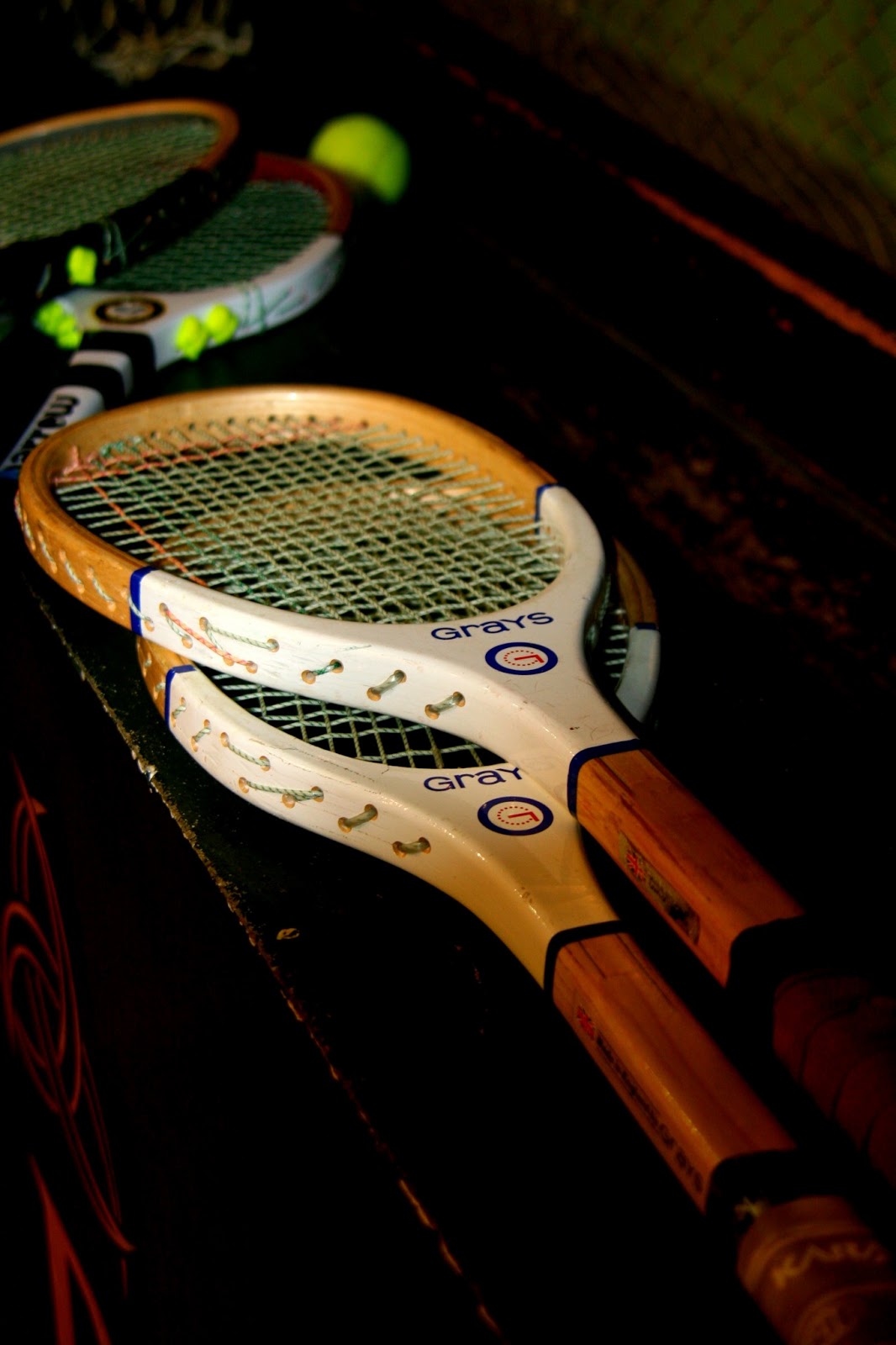 This is a ball and court game that originated in France - it's played indoors and was a precursor of modern outdoor tennis.  It is a former Olympic sport and has the oldest ongoing annual world championship in a sport - starting over 250 years ago.  This sport is sometimes called courte paume or "real tennis".

This sport started out without racquets and is played similar to handball.  Racquet's were introduced in this game by the late 1600's and are now standard equipment - even though the name of the game didn't change.  As English lawn tennis became more popular, this sport was later termed "Real Tennis" or  just called as it had always been, "Jeu de paume". This game has a wealth of history and is very fascinating to watch.  Our family had a lot of fun watching an exhibition last year at a local court here in Bordeaux.  This is an international sport, but unfortunately it's declining in popularity due to facilities slowly being closed.  In France, there are only 3 courts left in the whole country.

I am writing this post to inform readers about this sport and that it's truly fascinating to watch if you ever have an opportunity.  Here in Bordeaux, the local court is currently under review to be torn down.  This is truly a shame, as it has a loyal following here, its a very active club and people have moved to this area in order to play this sport.

The loyal players of the Bordeaux court have started a world-wide petition to try to save their court & facility.  I appeal  to readers to sign this petition - no commitment, no obligation - just your name and support of a unique sport.  It doesn't matter if you play or not, for me it's about the principle.  Here, we have a historical sport, that is slowly disappearing.  Please don't let that happen.  Follow the link below and consider signing the petition it is open until May 24.  Thank you so much - your support is truly appreciated.

The following is a little information about the court here in Bordeaux directly from the Petition: 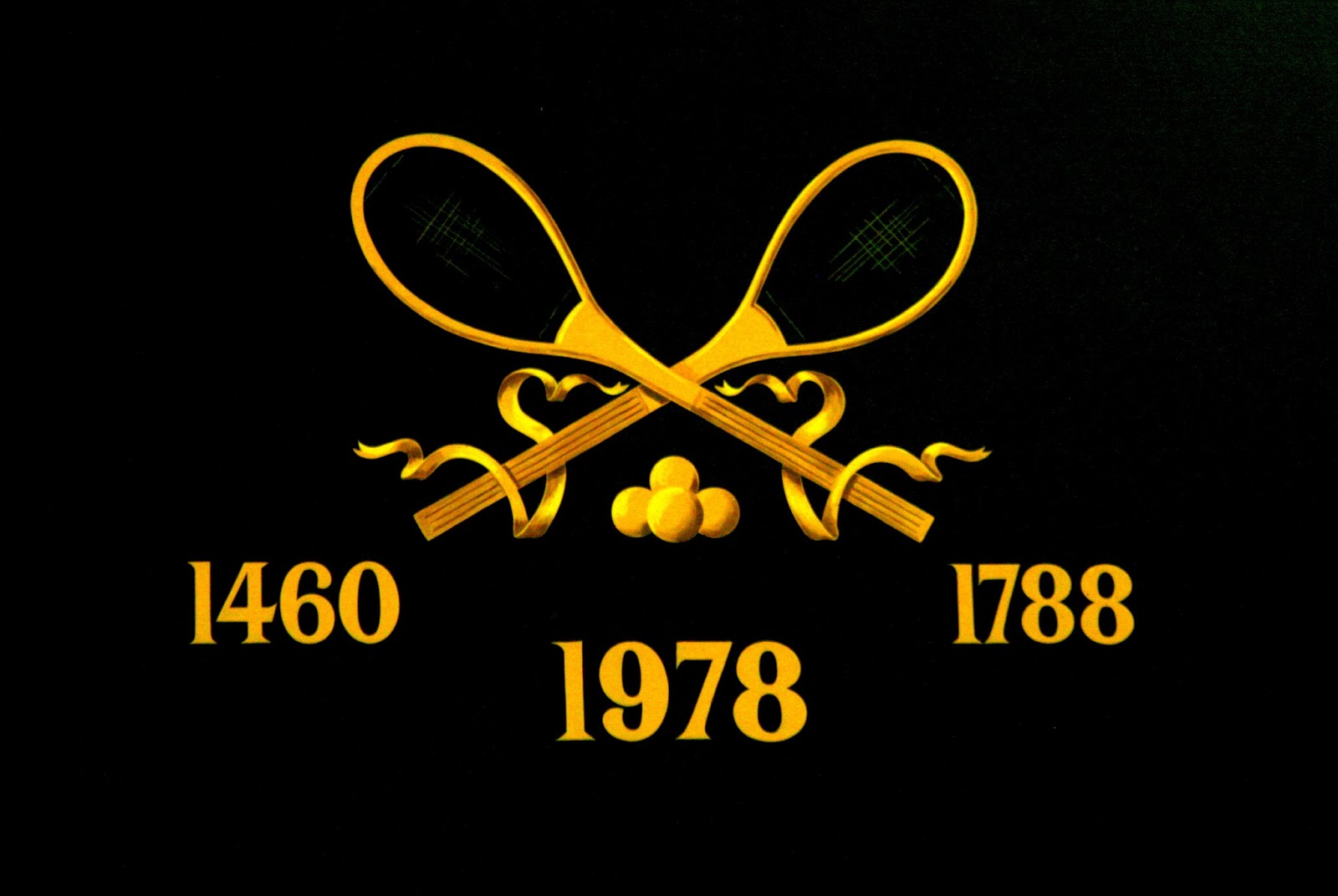 "This court is only 30yrs young! It is one of the last 3 courts in France. This court has the potential to be one of the best Real Tennis Clubs in the world. It has ample parking, close to the Bordeaux International Airport, Close to plenty of hotels, right on the #1 Bus route from the airport to the centre of Bordeaux, has enough land to add a pool, outside BBQ/ dining area and playground for young children. It already has a restaurant, squash courts, fantastic viewing for more than 150 guests for world class tournaments, ample change room facilities & large lounge area. It is one of the best Real Tennis courts to play on - is the comment from most of the worlds top seeded players."

So please consider making a difference - thank you!  The petition can be signed until May 24, 2013
English version:


Here is a link to the Petition in French 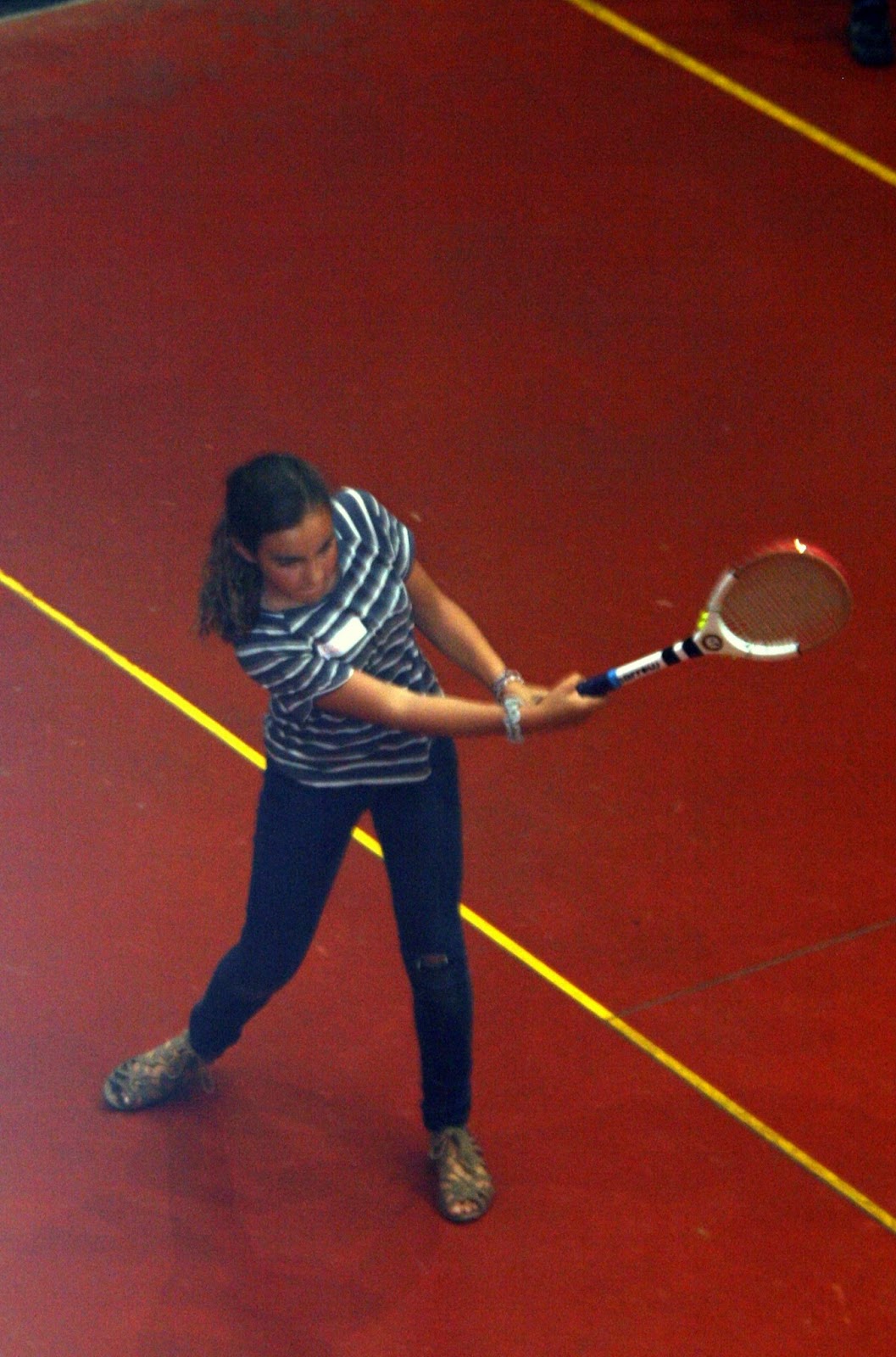 You can see in the following photos that kids enjoyed being introduced to this new sport and we had a blast that evening! 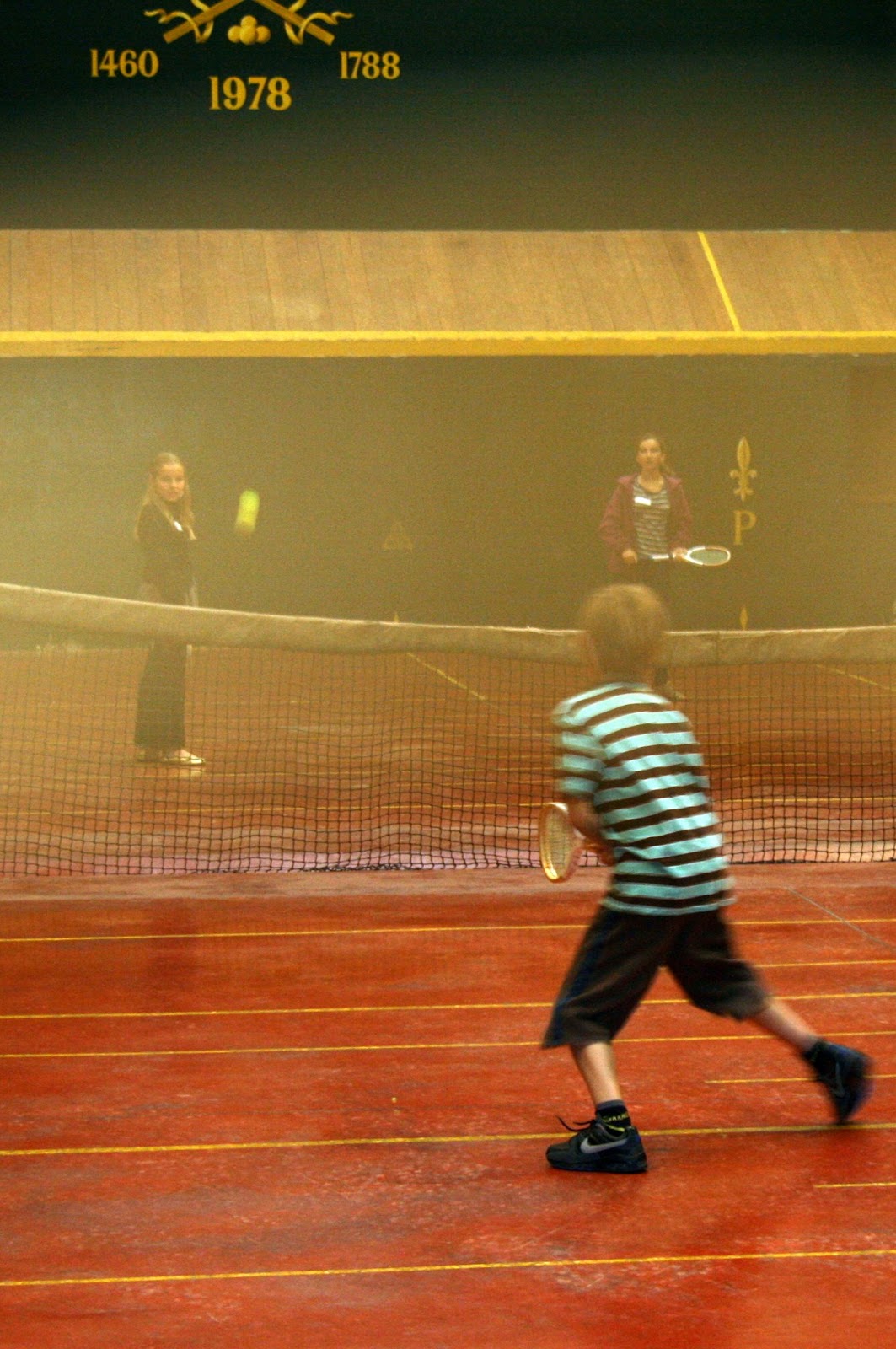 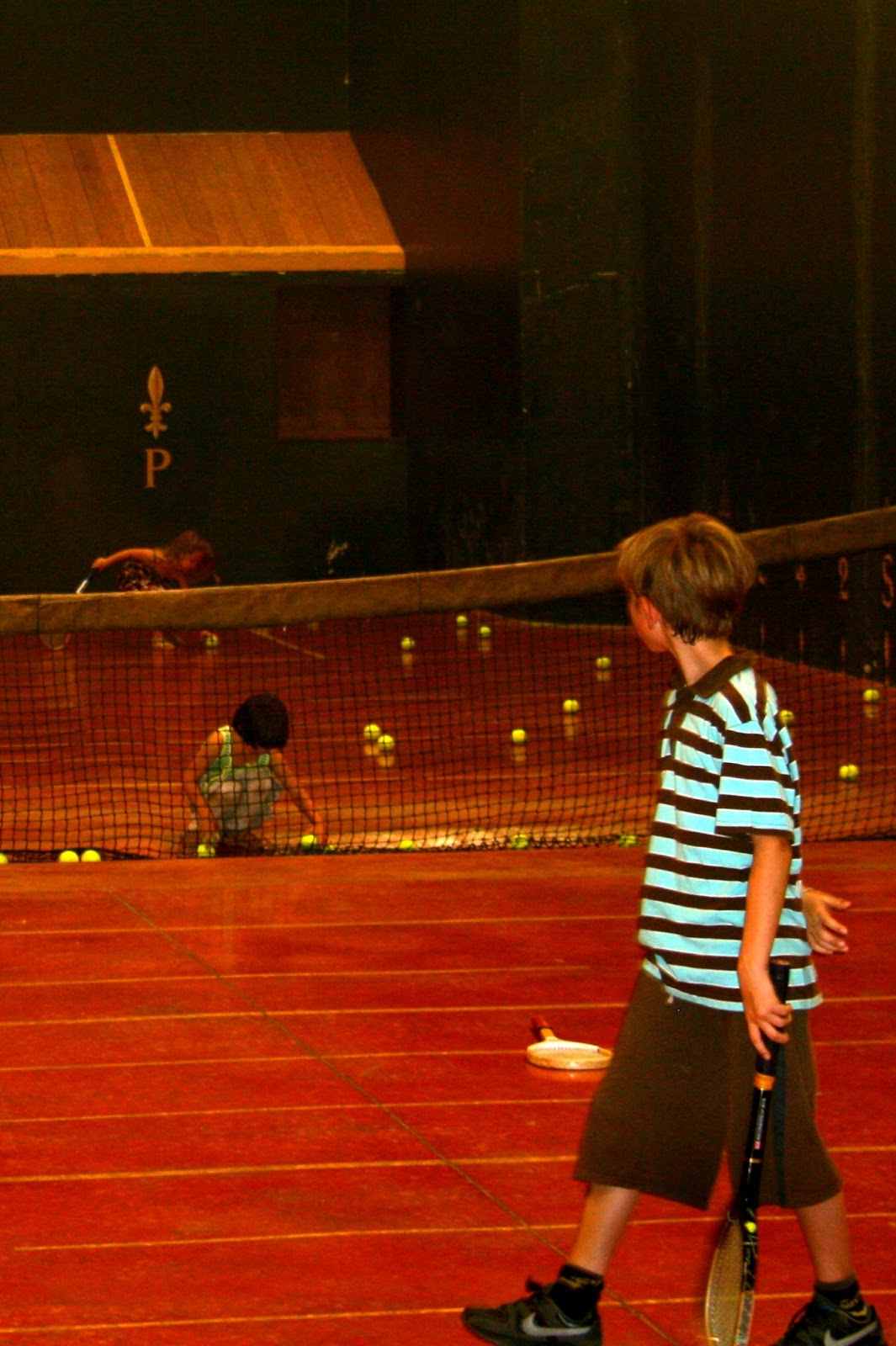 Posted by American Mom in Bordeaux at 10:01 AM